From Local to All Over: Chad Henry Fire Pits taking over the states 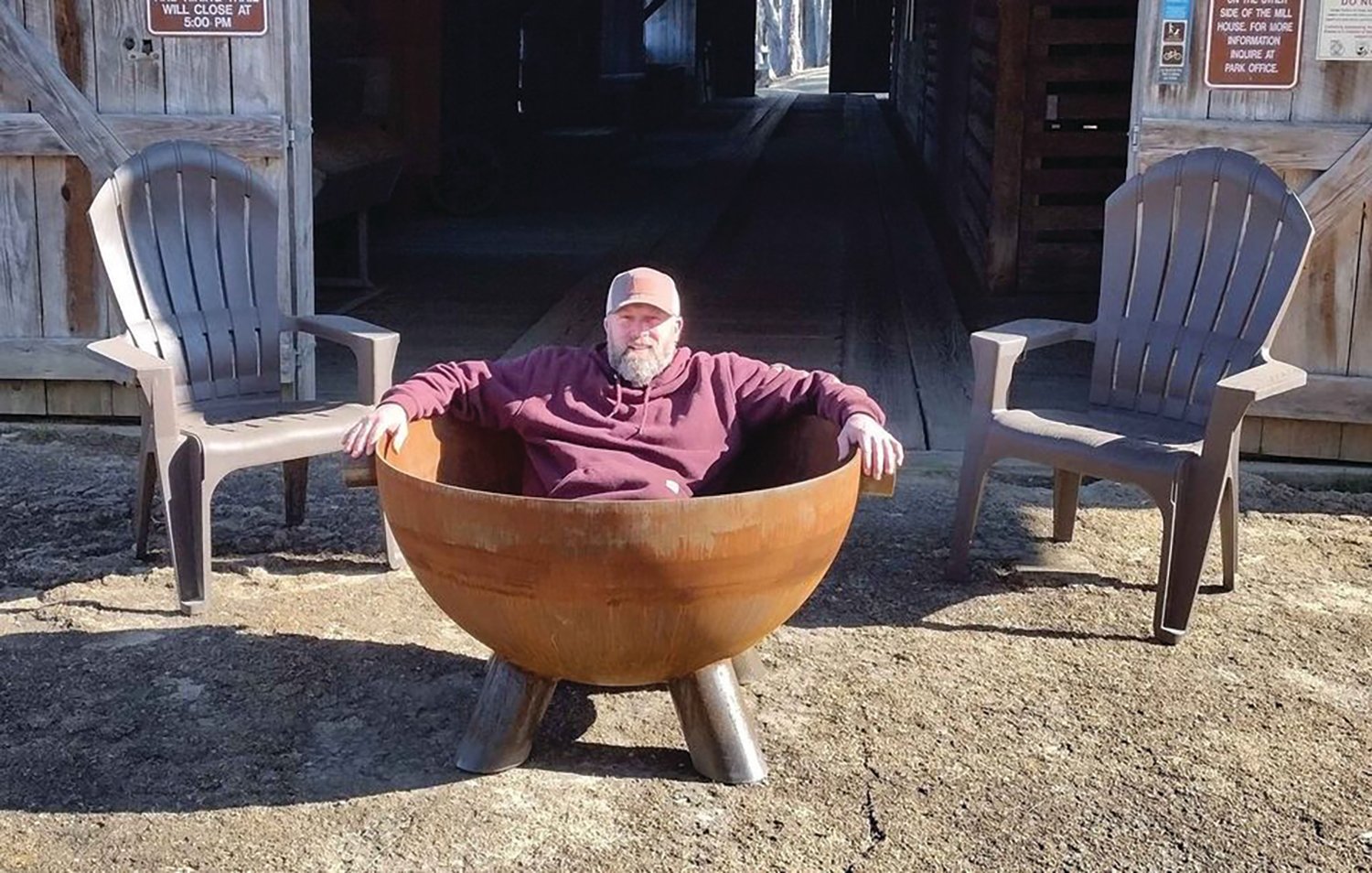 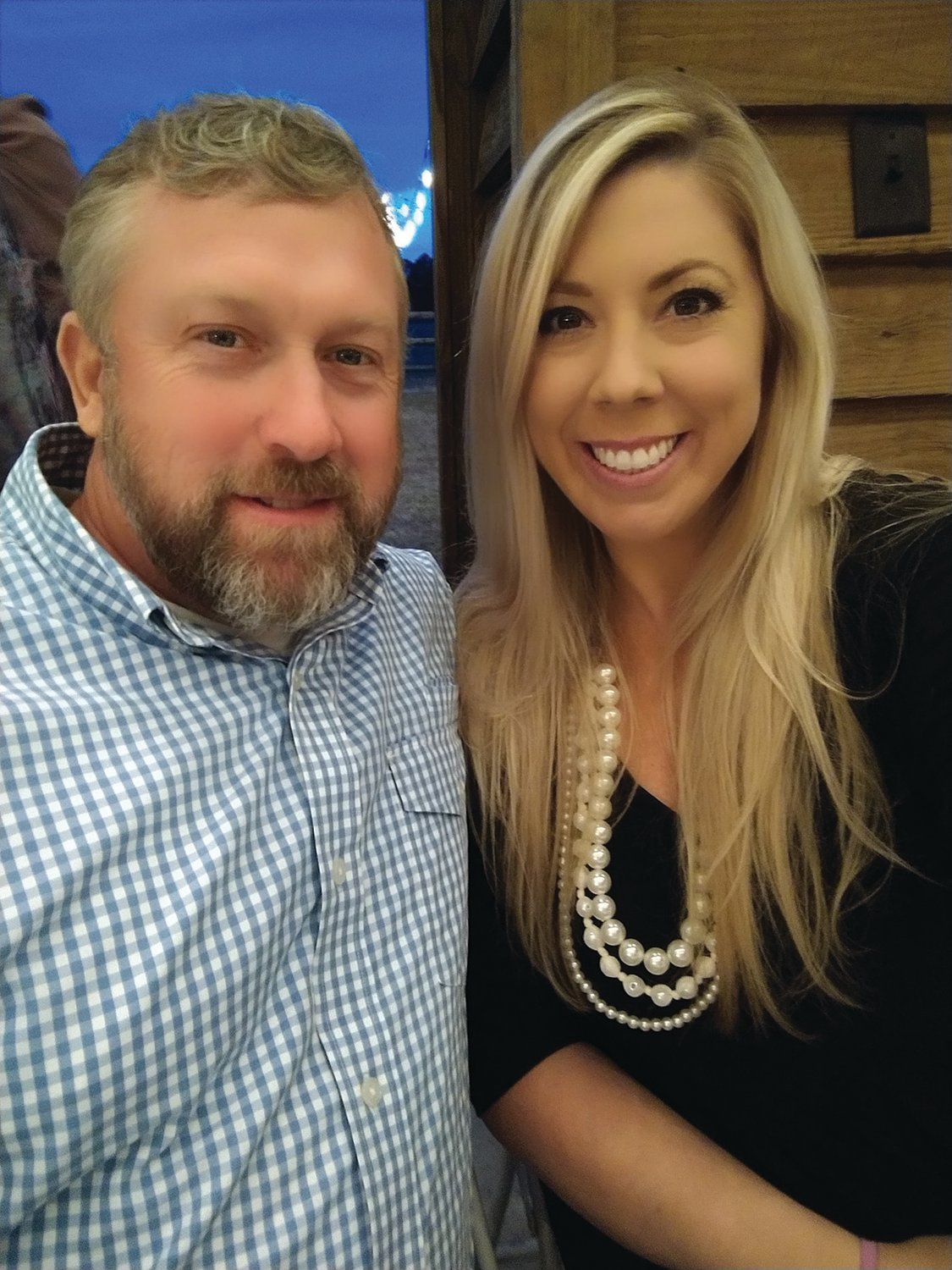 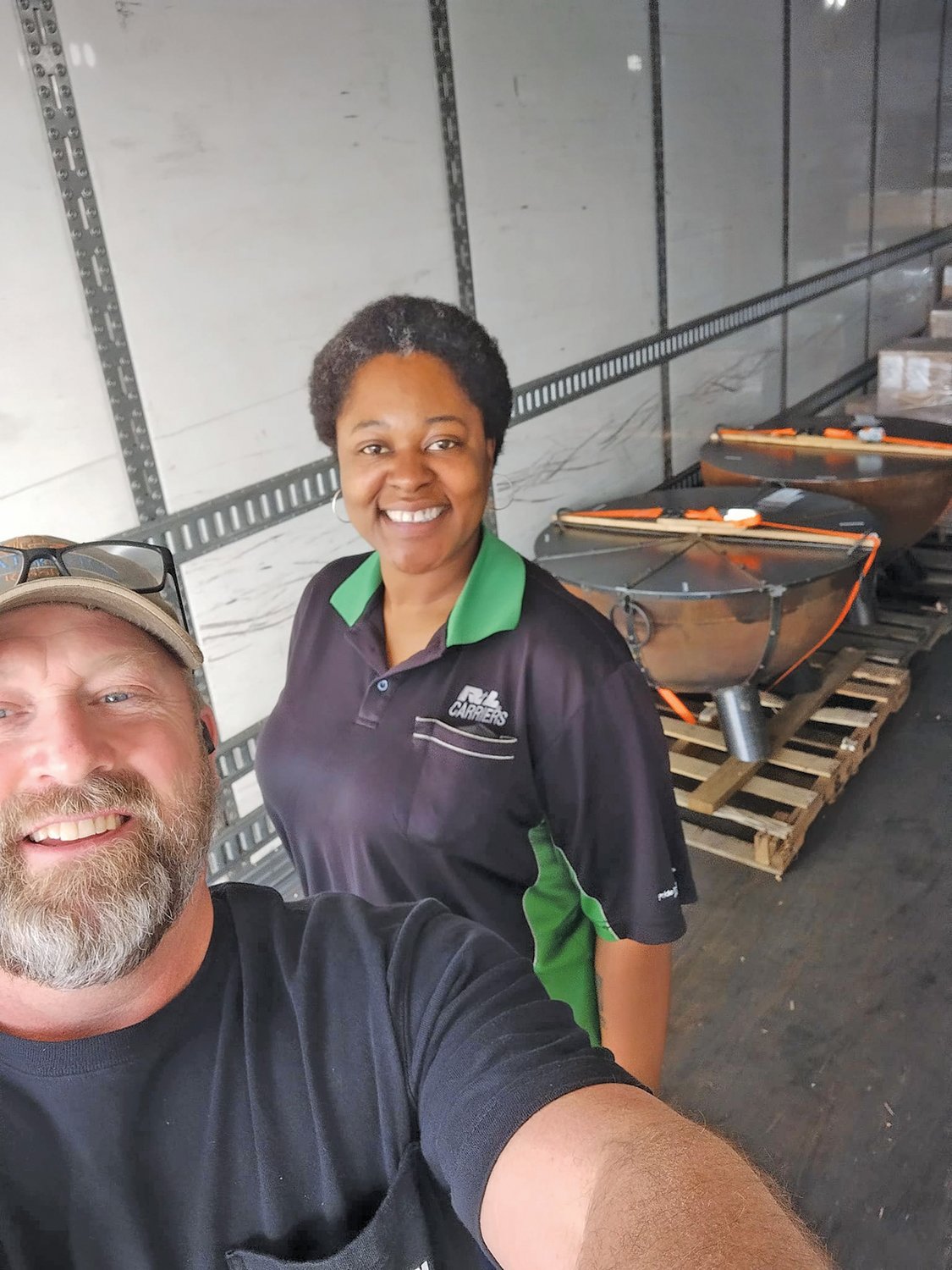 Located just on the outskirts of Garfield’s city limits, an Emanuel County resident and life-long native operates his very own business whose name has caught attention in numerous states across the U.S. His name is Chad Henry, and his skill is making custom fire pits.

According to Henry, he built his very first fire pit as a gift for his mother, Sharon Henry, around 2005. Soon after his first creation, Henry tinkered with his new hobby a bit more, building a new fire pit here and there, all while building a name for his new business.

“I’d built one for my mom, just for her to use, and folks that saw it liked it and started placing orders,” Henry explained. “We actually have pits we built as early as 2011 that are still in service and look as good as they did on day one.”

During the beginning stages of Henry’s fire pit entrepreneurship, as with most businesses, things started slow, but over time there was significant growth as more individuals became interested in purchasing one (or more) of Henry’s handmade products.

“In the beginning, we made all our fire pits from decommissioned propane tanks. We’d haul them to the shop, cut off the ends and weld crude legs on the bowls. They worked great but weren’t particularly attractive or different from anyone else’s fire pits,” Henry said.

Henry’s fire pits have evolved over the years and although they still use some propane tanks, he mostly uses brand new bowls sourced directly from the manufacturer these days.

“We’ve also gone from the crude, unattractive legs in the beginning to a look that’s much better than you’ll find anywhere else. We use a very large diameter pipe material for legs, with the lower end being angle cut for full contact with the ground. This gives the overall product a much more balanced, finished look,” Henry further elaborated.

Henry also says only heavy-duty materials are used when building his fire pits to ensure an incredibly long lifespan as a result.

The abundant amount of support Henry has since received eventually paved the way for an early retirement and him spending more time in his shop providing a living for not just himself but his wife, Amy Bazemore Henry; and children, Mason (Alexis) Henry and Haley Henry.

“I operated my shop as a side business for 18 years while working full time as a business development manager for Coca-Cola. In the beginning, it was just a ‘one every now and then’ kind of thing. I didn’t, at that time, really take things all too seriously. I didn’t see the potential there. But, my friends and family did, and they helped me get to where I am now. As of July last year, I retired early from Coca-Cola to operate the shop full-time,” Henry explained.

After mastering techniques for his new-found love of fire pit making, Henry eventually started to streamline his product through other businesses after taking advice from one of his friends a few years back.

“In 2013, a good friend of mine suggested I approach a particular outdoor store about being a dealer. So, I did, and they took on our pits and have since done well with them to this day,” Henry stated.

Years later, another friend suggested that Henry needed more dealers. As with the first advice from his other friend, Henry entertained the opportunity and pursued. He took the advice and built a trailer load of pits, then Henry and his friend took to the road, even making cold calls to dealers along their travels. The dedication to making just one more “thought” become a reality proved successful for Henry and landed him six new dealers by the end of the day. He later entertained another suggestion from a friend – making a social media platform to promote his products. Henry checked this task off his business to-do list soon after by creating an appearance on Facebook, which he credits being a huge part of his business growth. It’s true, Henry has received a phenomenal amount of support from many of his friends in making a part-time hobby become a way of life for him and his family, and he expresses great appreciation for all their efforts. Most importantly, Henry gives most of the credit to his very best friend, his dad, Jeff Henry.

“My dad was the largest part of helping me grow. He provided heavy duty transportation and equipment to handle my products and materials. When I say I couldn’t have done it without him, that is absolutely the case,” Henry explained.

Henry also shares his gratitude for the love of his life, his wife, Amy, and everything she has meant to the business’ success.

“I owe a lot to my wife, Amy. She is my strongest supporter. She’s very smart and has fantastic ideas. I couldn’t do what I do without her,” he said.

In addition to the support of his friends and family, Henry also credits his entrepreneur skills to his upbringing, putting much emphasis on basic skills coming from being farm-raised.

“I grew up on a dairy farm, and on a farm, you have to fix everything yourself. So, I picked up some basics there. I also welded part-time in high school at Handi-House which improved my welding. I built my shop in 2004 and began making security cages for vending machines, grills, trailer smokers, etc. As with anything in life, I got a little better as I went and expanded my skills,” he explained.

From making a fire pit sale every couple of months to becoming a full-time job, Henry says the fire pit business has evolved greatly and reported having around 38 dealers in three states. His pits are even being shipped all over the United States.

“Thanks to our website and advertising on Facebook, we have shipped to all corners of the country. Washington state, Oregon, California, Colorado, Texas, Massachusetts, Connecticut, Wisconsin and lots of others. It’s a great feeling to know that we make a product that people from all over the country want. It’s also a great feeling to know that something that we produced with our own hands can be found in so many places in the country,” Henry further explained.

When taking on the task of delivering the product out of state, Henry described the shipping process as being very simple. Again, thanks to a friend, Henry was able to connect with a shipping company representative that set their account up and equipped them with everything the company needed to ship. After palletizing the pit(s), they’re picked up for shipment and, in most cases, make it to any destination in between 2 and 5 business days.

“We couldn’t be more blessed with local support. Friends and customers are so helpful in spreading the word about our products. As we all know, word of mouth advertising is the best there is. We also get incremental sales from previous out-of-state purchases, resulting from new customers seeing our products in their friends’ and neighbors’ yards and going on to order one for themselves,” he stated.

In addition to fire pits, Chad Henry Fire Pits makes accessories, such as cooking racks and snuffer lids for pits; diesel/gasoline storage tanks from decommissioned propane tanks; smokers; water and feed troughs for livestock, and much more, including creating custom pieces for customers who approach Henry with an idea – something Henry takes much pride in.

“I’m a ‘people person’ and we rarely have a customer that’s anything short of absolutely, 110 percent satisfied. Our products make people happy, and that makes me happy. I love meeting and getting to know our customers as well as providing them with good, quality products,” he stated.

For efforts, support, hard work, dedication, and all the many other factors that paved the way to Henry’s success, he gives praise to the Good Lord above for it all.

“I’m so thankful for God blessing me with good health, good family and friends and the ability to wake up every day with the feeling of excitement and optimism about what the day holds. It’s a wonderful feeling to look forward to going to work. I’m so thankful for the opportunity. It’s been a great ride so far and I can’t wait to see where it goes.”