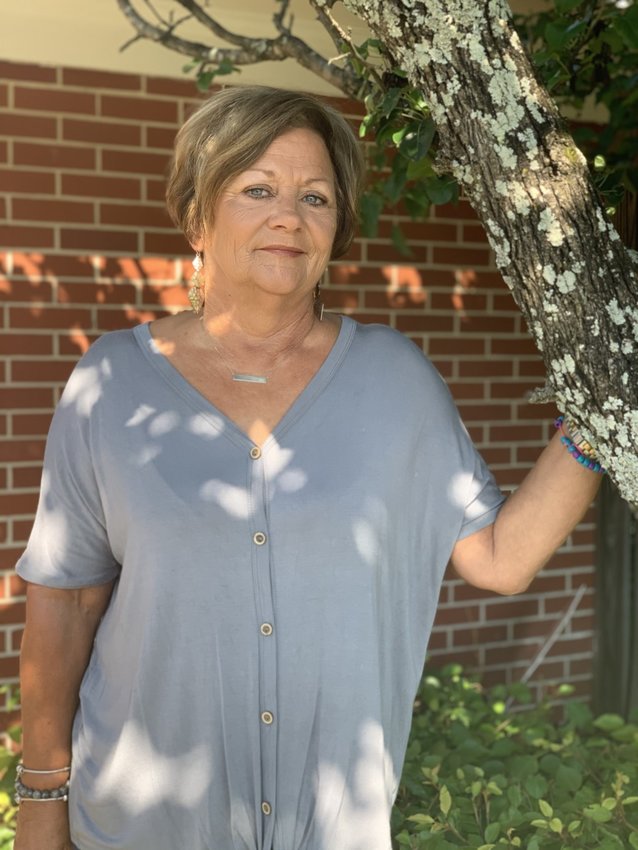 Gail Williamson is president and publisher of The Forest-Blade. Over the years, Gail has worked in the editorial, sales, and legal departments. In 2011, she was promoted to publisher. Today, she sets the short-term and long-term goals of the company and oversees the daily operations to ensure the business achieves those objectives. As publisher, Gail lends a helping hand to every department in the building from bookkeeping to graphics to sales to editorial to delivery and beyond. Some of her most important, specific duties with the company include managing the company’s budget, paginating a large majority of The Blade’s products, handling insert needs, handling scheduling and payroll, and coordinating the efforts of the staff. Gail can be reached at gail@emanuelcountylive.com 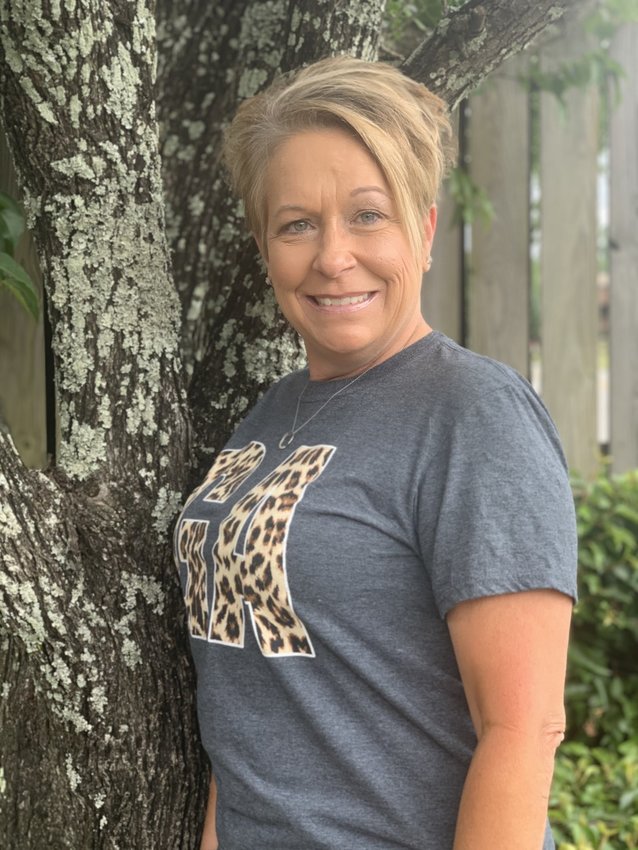 Pam Akridge serves as legals director and sales executive for The Forest-Blade. Her responsibilities include assisting advertising customers with the compilation, pricing, and overall creation/updating of their artwork to be included in weekly editions of the publication as well as its subsidiary special sections. As legals director, Pam receives, schedules, and processes all legal notices that appear in the newspaper as well. She has been with The Blade for 14 years, starting in 2006. Overall, Pam has 25 years of experience serving the public. Outside of work, she enjoys spending time with her family, particularly her great-nieces and great-nephews, and shopping. She can be reached at forestbladelegals@gmail.com. 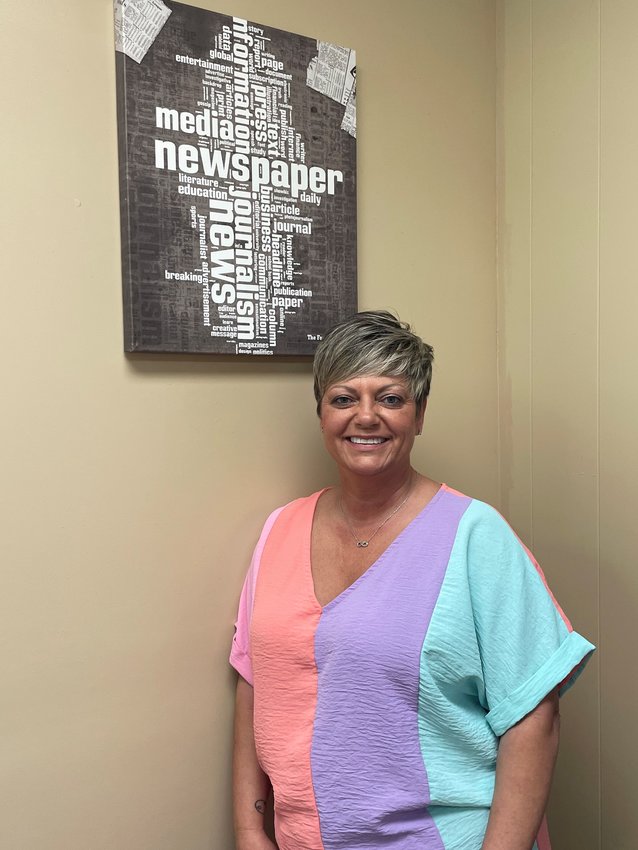 Melva Hornsby is The Blade’s classifieds director. She handles all advertisements that fall under the umbrella of help wanted, for sale, for rent, and other similar needs. Additionally, Melva helps The Blade on the editorial side, as she processes emails, obituaries, and criminal reports. She is an Emanuel County native and is married to Andrew Hornsby. She has two sons, Jared and Gannon, and one stepson, Ryan. Melva has been with The Forest-Blade since March 2018, starting in the role of general sales before transitioning to her current position. She can be reached at forestbladeclassifieds@gmail.com. 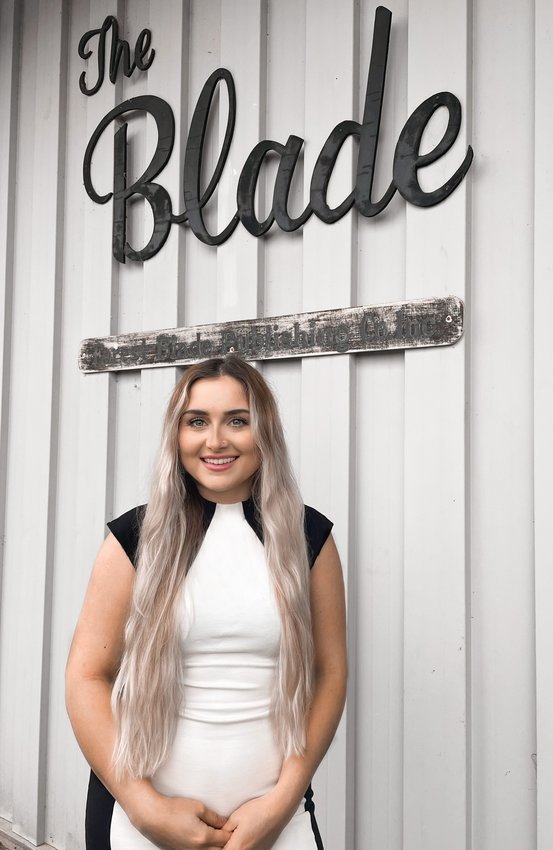 Brittany Hall is the editor and journalist of The Forest-Blade. She is responsible for discovering and writing the spotlight columns and features that are published in our weekly editions. We at The Blade like to refer to it as “refrigerator journalism,” because her editorials are the feel-good biographies of our locals. Brittany is an Emanuel County native and is engaged to her best friend and soulmate, Stephen ‘Kyle’ Williams. She and Kyle have one son, Nolan. Brittany has been with The Forest-Blade since November 2021. She can be reached at forestbladewriter@gmail.com. 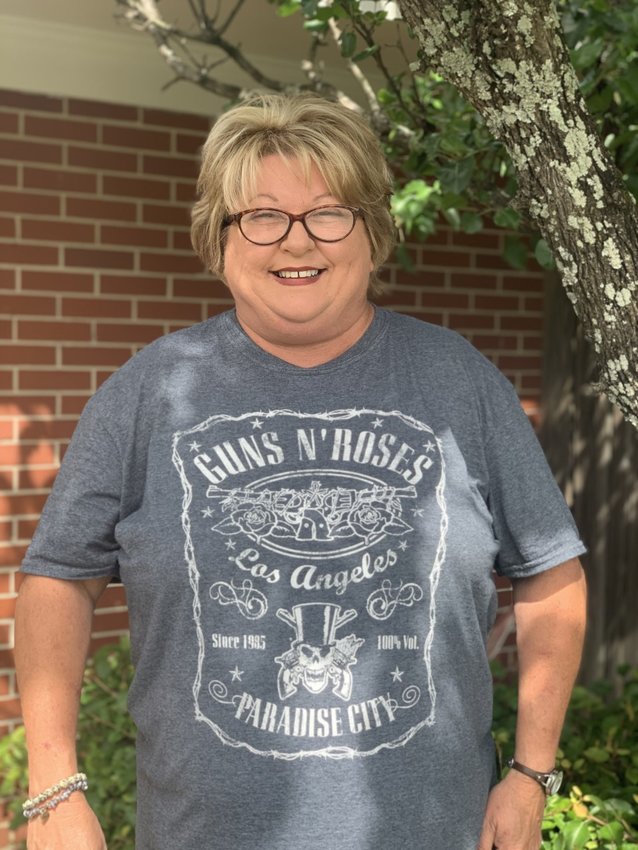 Denise Whittington is employed by The Blade as the company’s bookkeeper and distribution coordinator. As bookkeeper, she is assigned to billing matters, accounts receivable, accounts payable, allocation of advertising accounts for The Blade’s sales executives, collections, and helping customers with financial inquiries. Denise’s role as distribution coordinator makes her responsible for subscription sign-ups and renewals. That same role calls her to coordinate addresses to the printer for subscribers who opt for USPS delivery of their newspapers. Denise also handles quantity and payment for newsstands. Denise has been with The Forest-Blade since 2014. She graduated from Adrian High School. Customers can reach Denise at bookkeeping@emanuelcountylive.com.

As early as 1913, owners of The Forest-Blade stated that the newspaper had its beginnings in 1861.

The modern-day newspaper gets its name from the consolidation of The Pine Forest and The Wiregrass Blade in 1903 in a series of rather rapid developments on the local newspaper scene.

In the early spring of 1903, Alfred Herrington, editor of The Pine Forest, sold his interest in the newspaper to W.W. Larsen and Seaborn Bell. Mr. Larsen was named editor and Mr. Bell was listed as business manager.

A second newspaper was in existence in Swainsboro at the time. It was The Wiregrass Blade, established in 1898, and was edited by George H. Bell.

The Forest and The Blade continued to compete until May 11, when it was announced that Larsen and Seaborn Bell of The Forest had purchased The Blade. In doing so, they stated they would continue to publish both newspapers. This practice was apparently continued, with Ernest Camp, who had been an employee of Messrs. Seaborn Bell and Larsen, serving as editor of The Blade.

On Sept. 25, 1903, purchase of the two newspapers was announced by W.E. Boatright, who had served as superintendent of the printing departments of the newspapers, and by S.J. Tyson. In the following week’s issue, Mr. Larsen confirmed the sale and stated that he still owned half of The Stillmore Dispatch, another newspaper in the county.

The lives of The Blade and The Forest, as the newspapers were affectionately called, were short lived under the guidance of Mr. Tyson and Mr. Boatright. On Oct. 29 of that year, they combined the newspapers into one, naming it The Forest-Blade.

Then, on Dec. 12, 1912, Charles Durden Rountree and W.E. Boatright became the owners and publishers. They served in these capacities until April 20, 1916, when Franc Magnum was listed as president and editor.

Mr. Magnum’s leadership was short-lived, however. On Aug. 31 of that year, W.E. Boatright again became editor.

Mr. Boatright served as sole editor until April of 1928, when the name of H.M. Flanders joined Mr. Boatright’s under the title of “Editors.”

This arrangement continued until 1933, when the name of D.D. Boatright replaced that of Mr. Flanders. Upon the death of W.E. Boatright in September of 1935, Judge George Kirkland became administrator of the Boatright estate and was responsible for the operation of the newspaper until Feb. 6, 1936, when Wensley H. Hobby of Sylvania purchased it for $8,000.

Mr. Hobby served as editor until Oct. 28, 1946, when it was purchased by Milton Beckerman, who was to serve as editor, and by W.E. Gray, Sr. and Bobby Gentry. Mr. Beckerman continued to edit the publication until April 28, 1949, when he sold his interest to Mr. Gray and Mr. Gentry. It carried the name of Bobby Gentry as editor of manager until his death in September of 1954.

Mr. Gray then became editor, but due to other business interests, he turned the actual operation of the newspaper over to others.

In early February of 1959, Mr. Gray sold the newspaper to William C. Rogers, Sr. and Roy Chalker of Waynesboro. Mr. Rogers became the editor and served in that capacity until 1993. Mr. Chalker later sold his half-interest to James H. Morgan and in 1974, Mr. Rogers purchased Mr. Morgan’s interest. Mr. Morgan, however, continued his association with the paper until recently.

In 1993, Mr. Rogers retired and sold the paper to his son, Bill Rogers, Jr. Smith Newspapers Inc. bought the publication in November 1999 from Mr. Rogers, Jr. Wally Gallian served as the publisher and editor until 2011, when Gail Williamson was named Publisher and Editor.