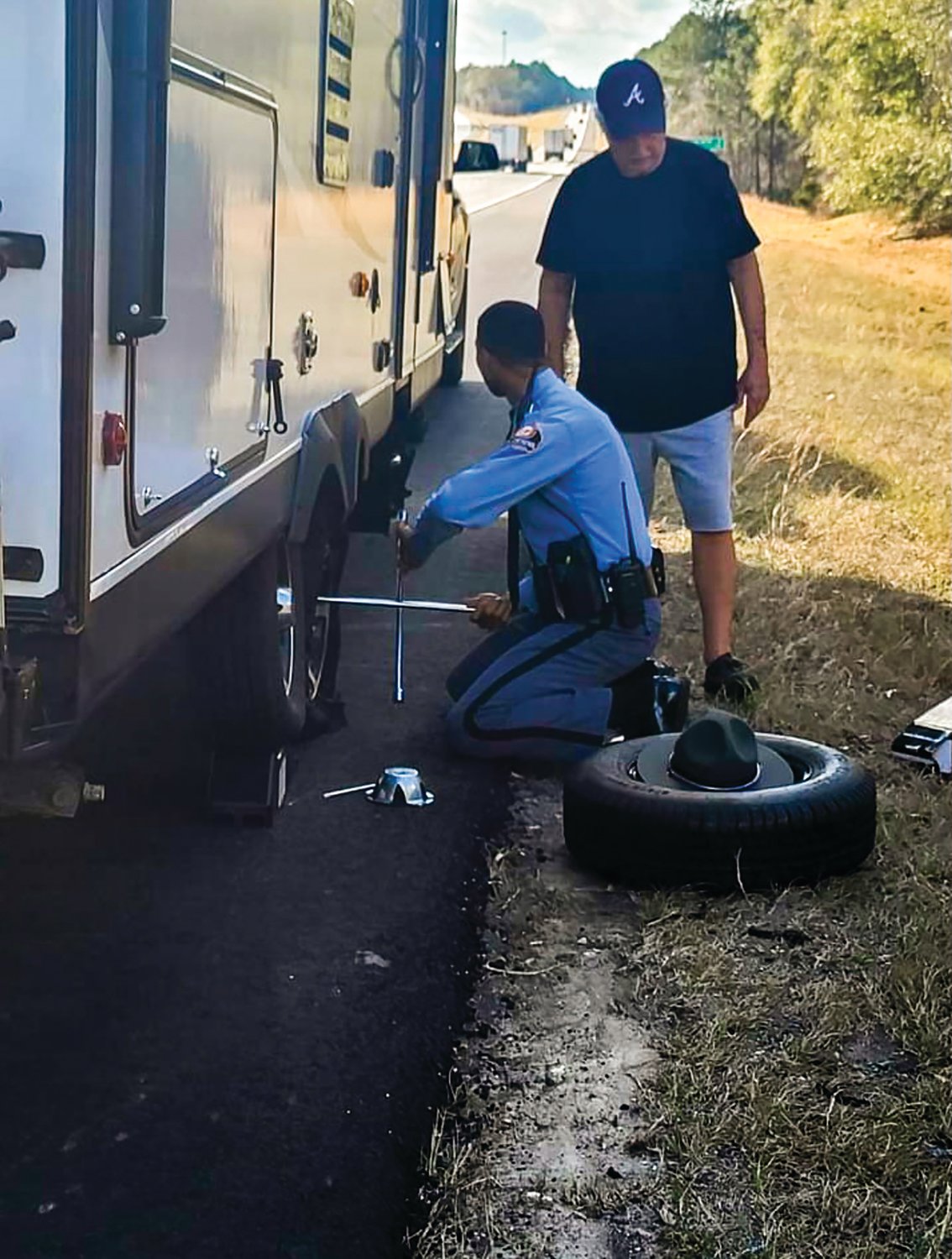 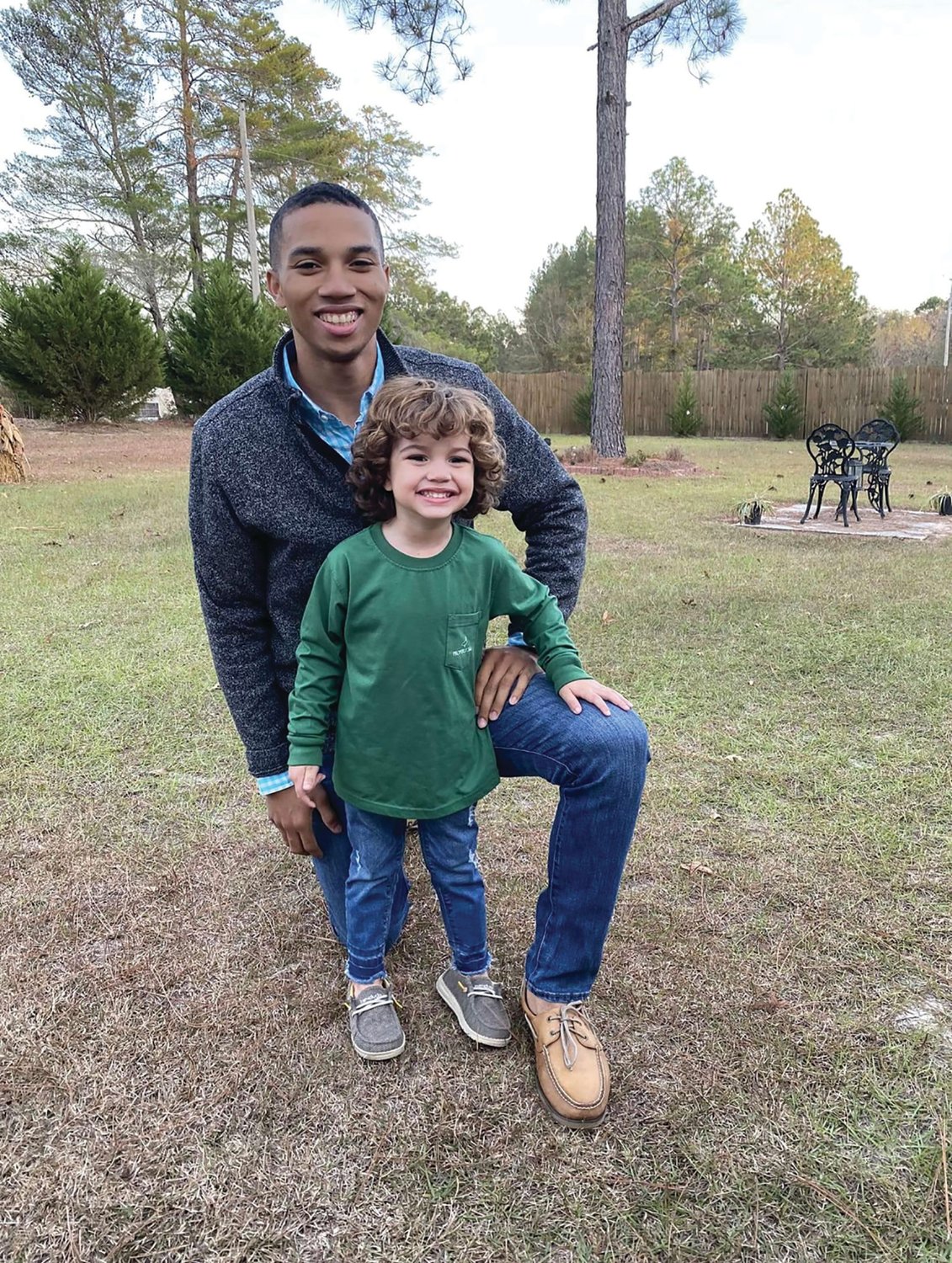 When you hear Georgia State Trooper, what’s the first thing that comes to mind? Most of us immediately jump to criminal activity, traffic violations or getting nervous when we see one on the road. We’re often so consumed with worry that we forget that behind the badge is just another human, one who has chosen to put their life on the line daily and work dangerous situations to protect us. Someone of this standard is 23-year-old Christopher McNear of Summertown, who has been on the force for two years now, actively serving Emanuel, Treutlen, Johnson and Jefferson Counties. He recently made waves of the viral sort after he was observed doing his job in the most hospitable of ways.

“While traveling on I-16 Westbound, going towards Soperton, I overheard Treutlen County dispatch to one of their deputies in reference to a truck pulling a camper that had a flat tire. They were going to call Champ Roadside Assistance to come help. Around that time, I made it to exit 78 so I got off the exit ramp then overheard Treutlen County dispatch the exact location of the vehicle which was at mile marker 77. So I got back on the interstate to go to the vehicle to see if I could be of any assistance to them.”

Once at the location, McNear met with the owners of the camper, a retired couple who were on their last road trip of the year. He assisted them by changing their tire before extra help could arrive and during the process, deputy Selina Fowler Ayala, snapped a heartwarming photo and shared it to Facebook with a caption that read; “GSP 387 saves the day!!! Love my boys in Blue!!!” Which touched local hearts, as people began sharing the photo to display the act of kindness that had been carried out by the young Georgia State Trooper and distributed to a senior citizen in an Atlanta Braves Baseball cap, on the side of a busy Georgia highway. Some folks commended his mother, Jeanette Hill for the wonderful job she did raising him, while others simply admired Chris himself for sharing his time to make a priority out of something that some would consider minute. No task is lacking in significance though and Chris certainly recognizes this, as he mentioned that being able to help and assist others from day to day incidents to being of aid to prevent accidents from happening, is his favorite part of the job. As for the traveling couple, they were very gracious for his commitment to serving them. “They were really appreciative that I was there to help. They said they were thankful that I was able to get it changed and were happy to get back on the road.”

As a father, Chris’s goal is to protect our communities for current generations and future generations to enjoy, like his son Ayden. “I want to make a difference in the communities around me, make people feel safe, learn the law and teach others the law.” He also states that he loves having a job where he gets to experience different things daily as well as meet new people, so if you see him in the area make sure to shake his hand and get to know the man behind the badge.