“I want the Career Grand Slam” 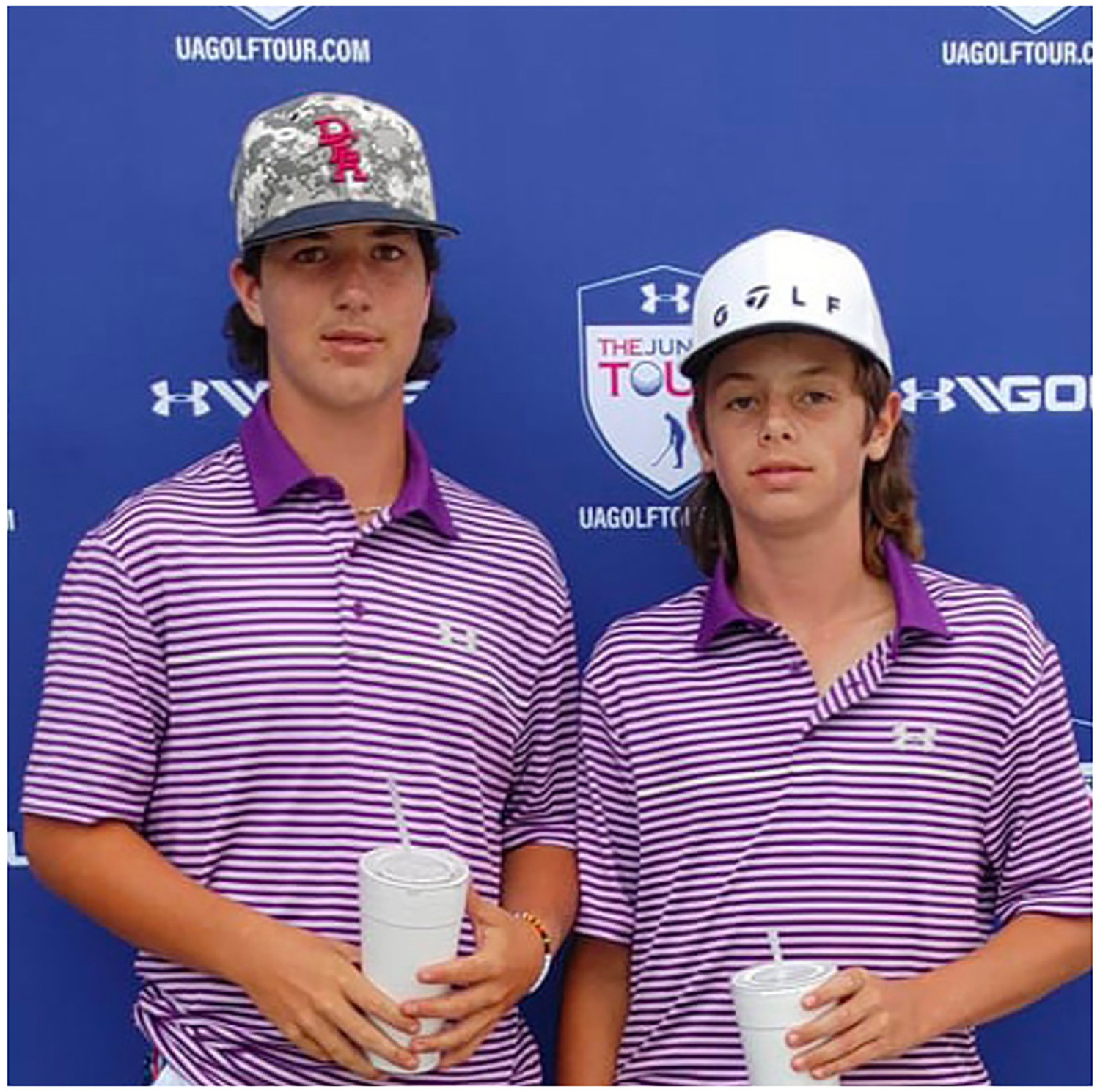 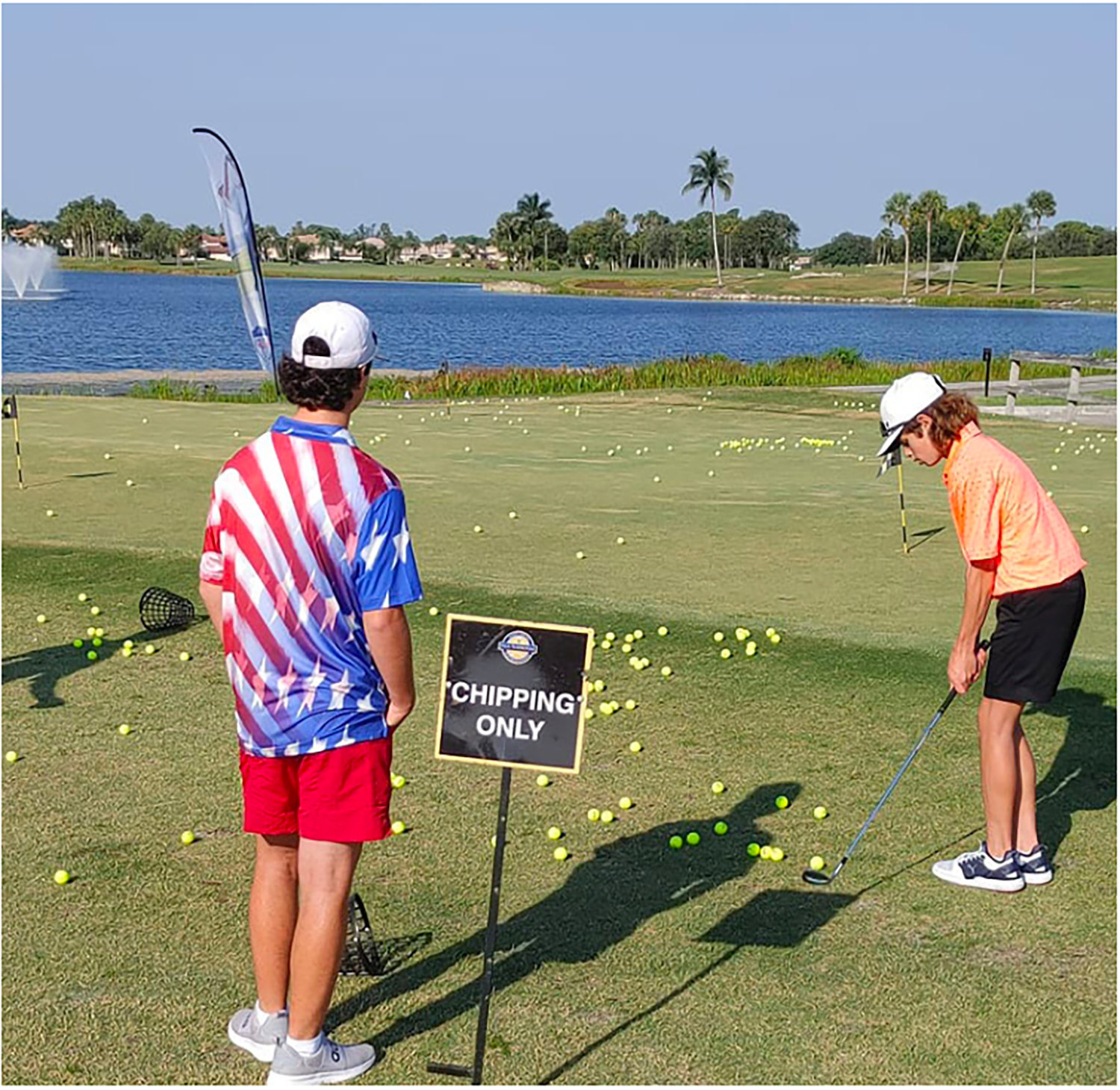 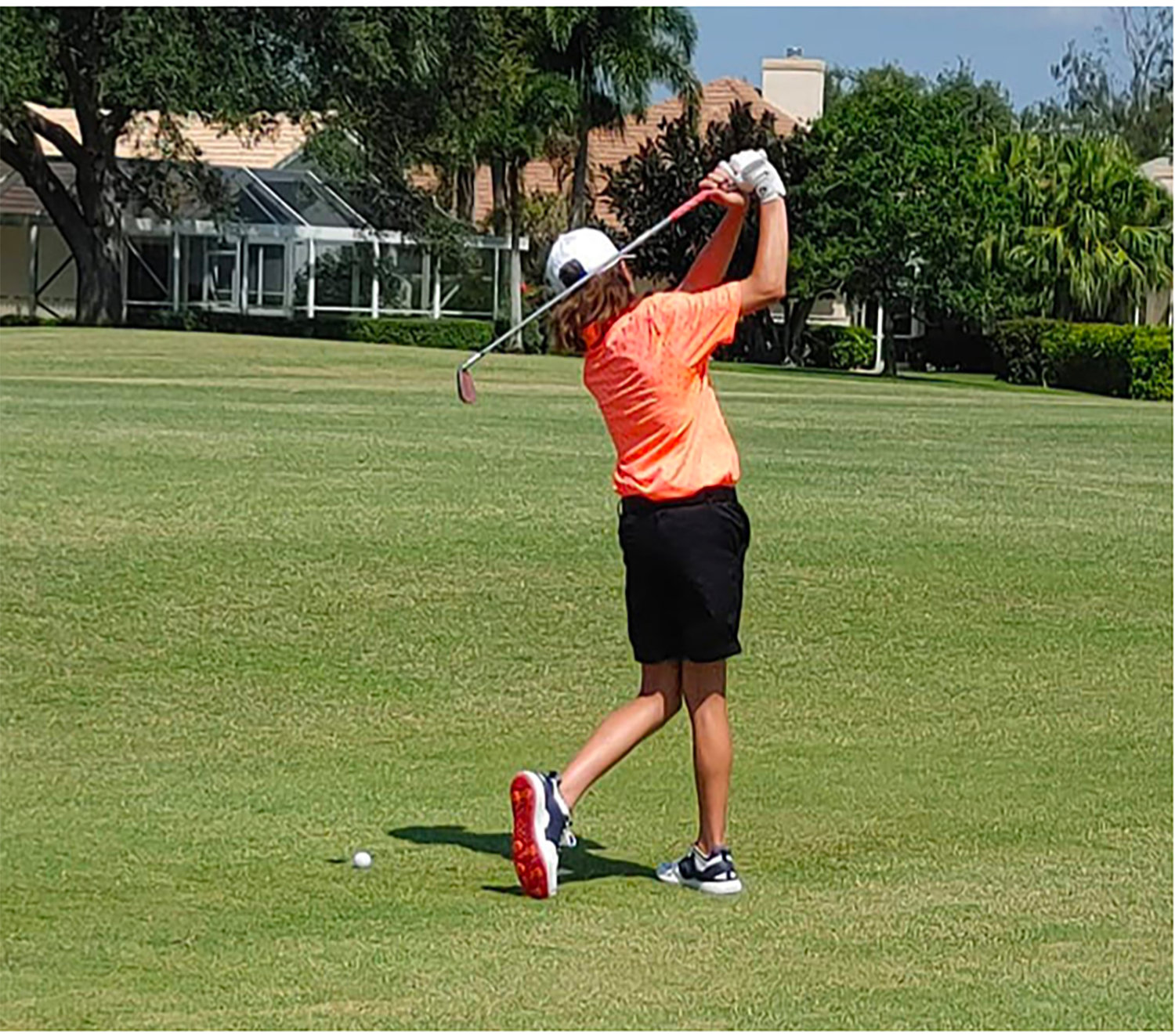 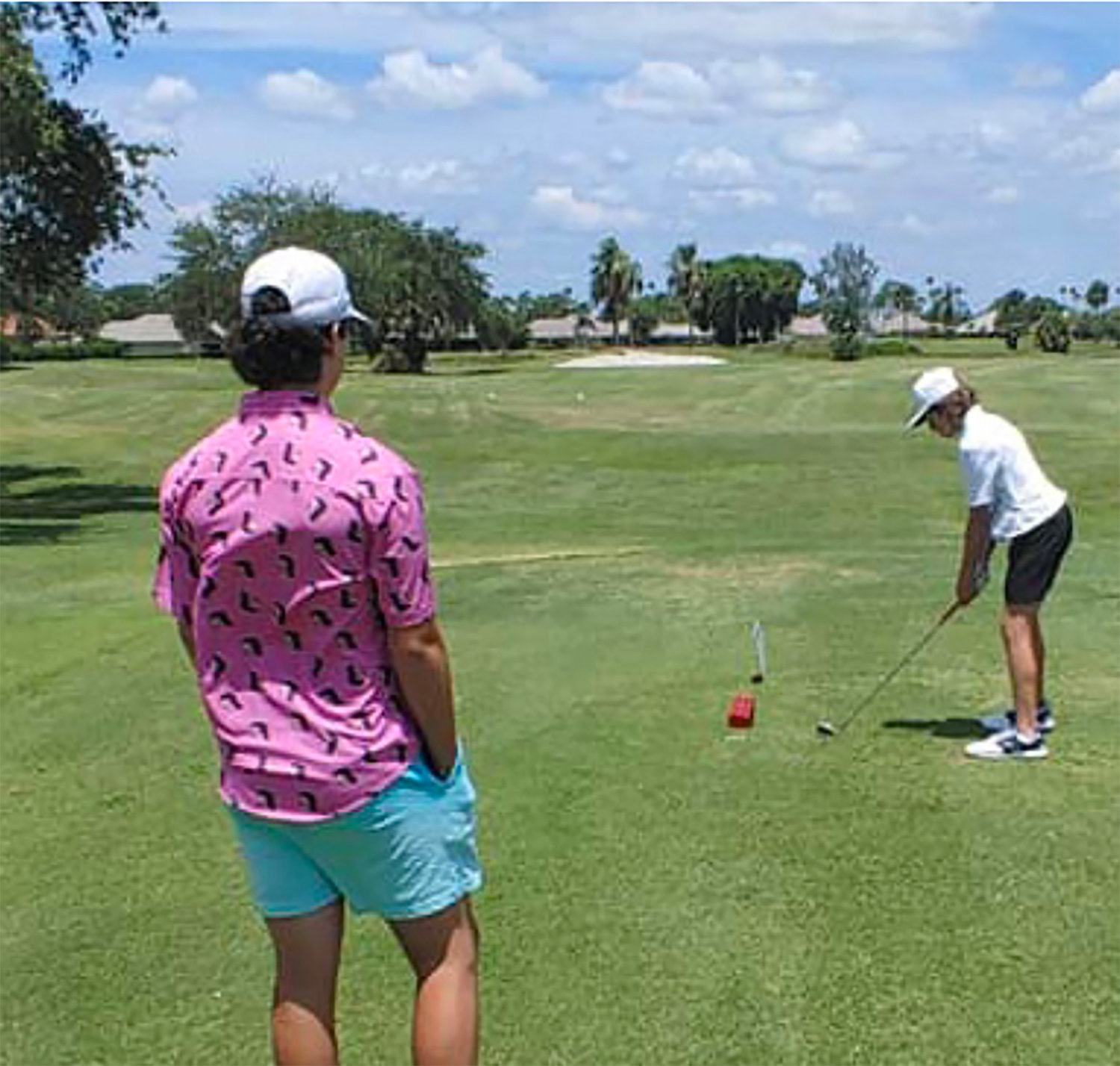 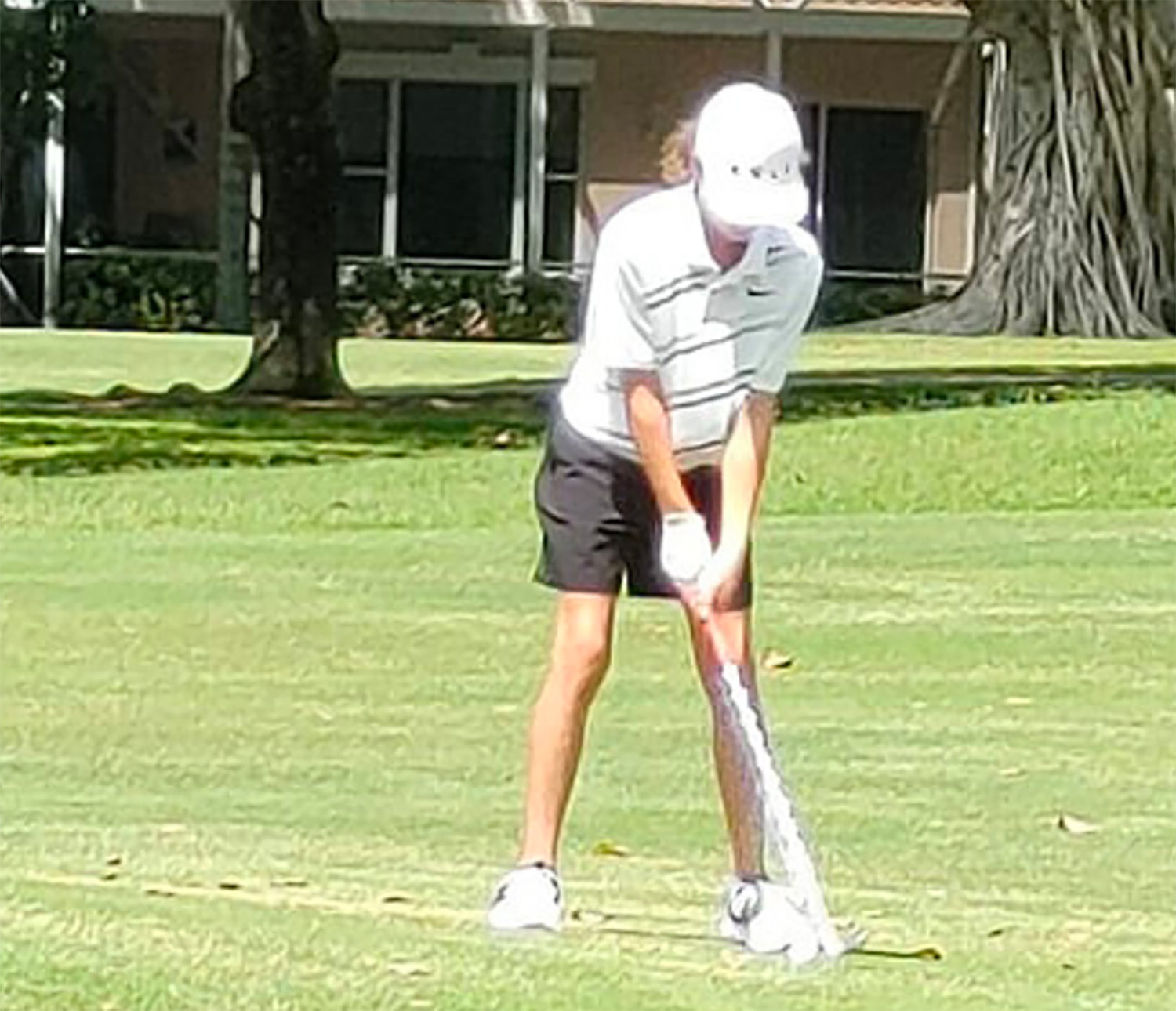 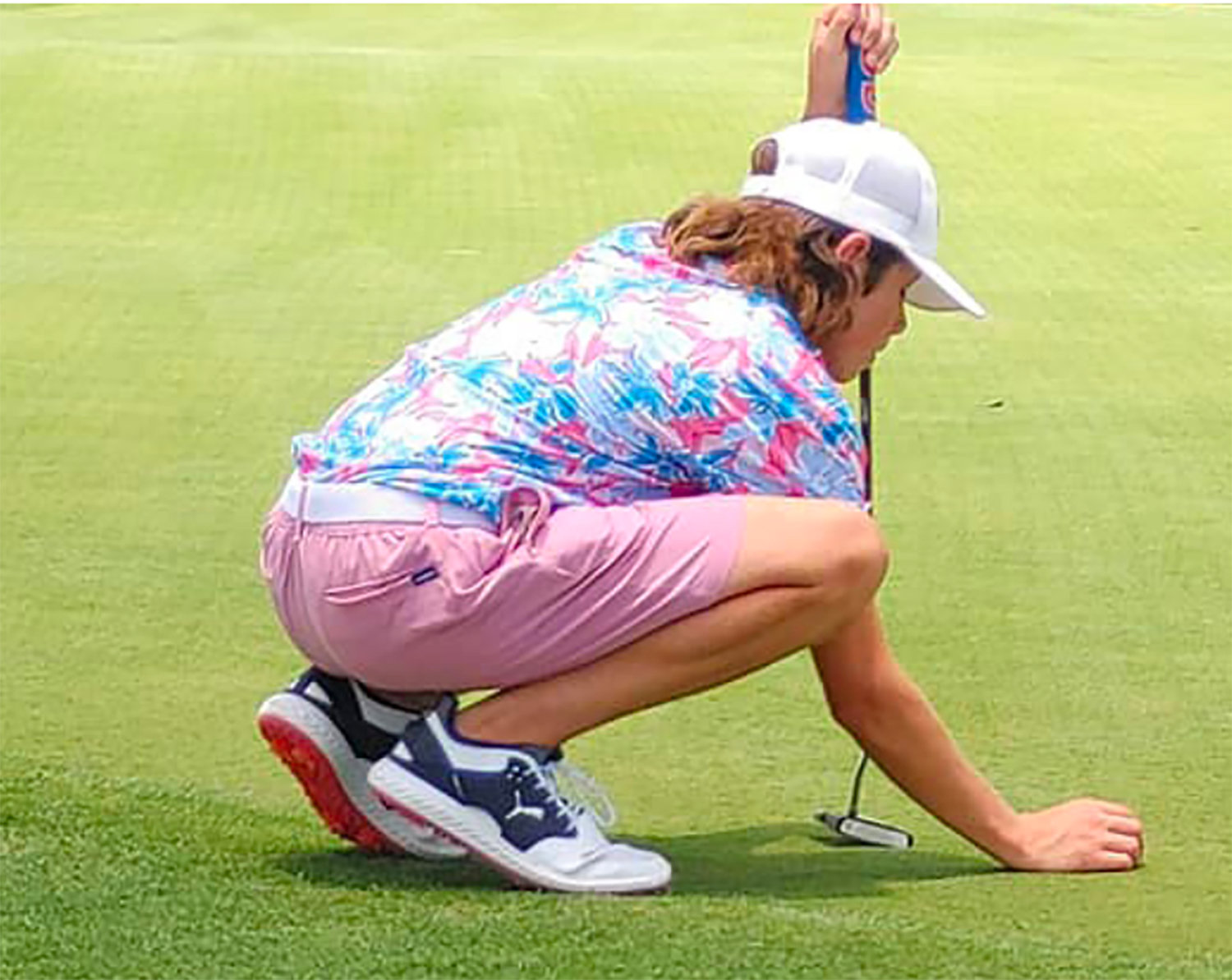 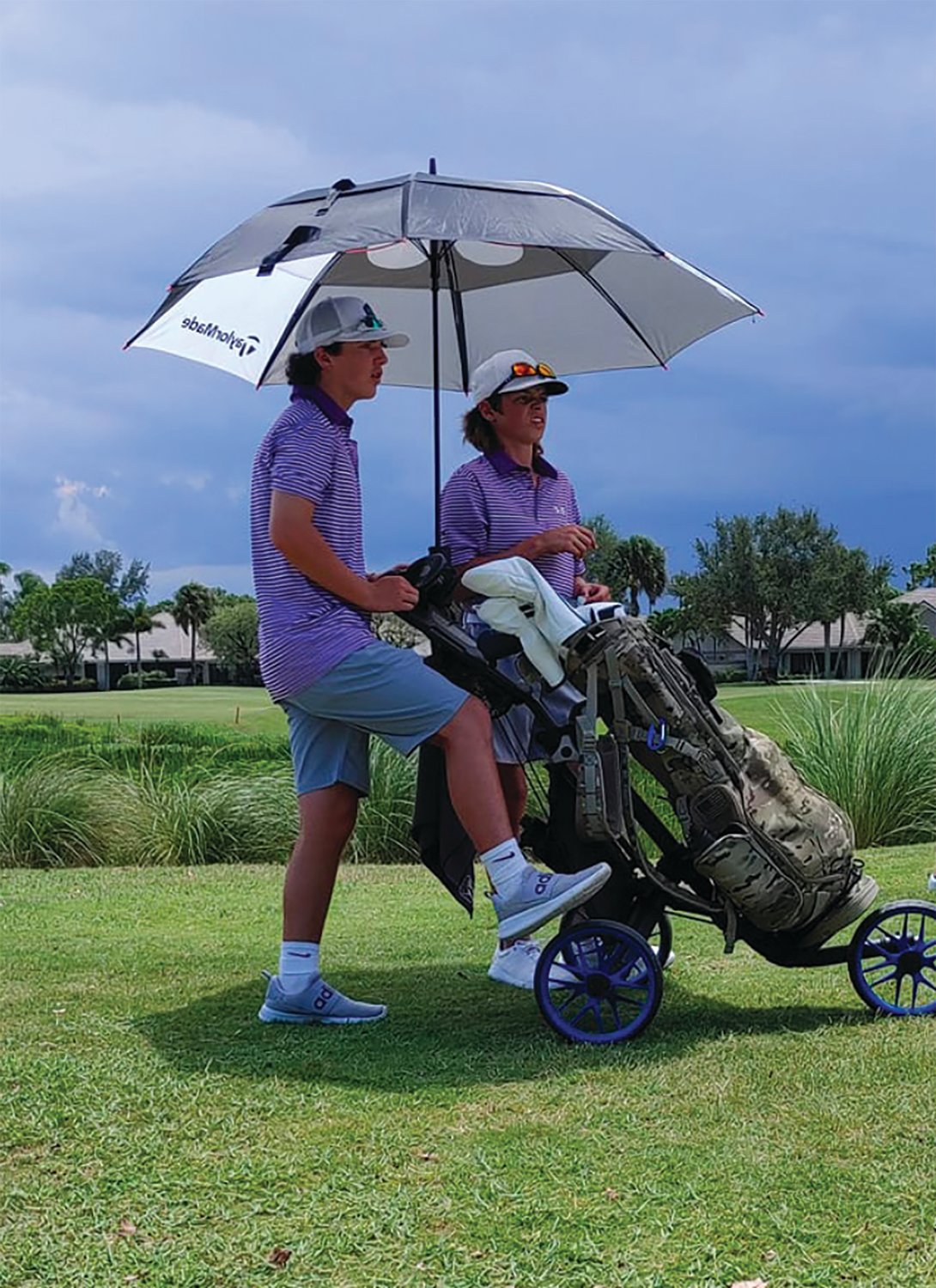 How do you become a pro? As far as your game is concerned, it needs to be consistently good. Playing once a week and hitting the driving range occasionally won’t cut it – you need to be devoted to your craft. The people who have professional golf careers are diligent at becoming good at all phases of the game and while 14-year-old Cooper Riner isn’t yet a pro, he is quickly on his way to becoming one as he absolutely takes these skills to heart, every single day.

“He’s been playing since he could pick up a golf club!” Riner’s mom, Bridget Dixon said when asked about his love for the game. “He puts in the work every day and practices every day. He truly eats, sleeps, and breathes golf.”

In one of our recent editions, Riner was featured for making history by playing in The Coastal Division of the Junior Tour Powered by Under Armour. A National Youth Golf League that is exclusive for the top Junior Golf Athletes from across the Nation. The event is part of the 2022 summer nationals and is held once a year at the beautiful PGA National Resort in Palm Beach Gardens, Florida. An illustrious golf course that’s literally located on the Avenue of Champions due to its nature of being the host to many legendary golfers and tournaments over the decades.

“It was fun. I learned a lot. The resort was very nice, and the food was good.” Riner modestly said about the experience.

While there, Riner practiced Wednesday through Friday and competed Saturday and Sunday, with his loved ones right by his side throughout the duration of the tour. With ninety-nine holes of championship golf on six courses, including the famed Champion course, there’s no wonder in how this week could have been anything less than astounding. However, Riner says that his most prized moment from this experience altogether was having the opportunity to play on the Arnold Palmer Course.

“The course was very nice, and I am grateful to have gotten to play on it.” He said with a smile, “It felt rewarding and was very special to be able to play at the same PGA resort as the pros. The Palmer course was unlike any course I’ve ever played on.”

Although Riner had earned his place on the course by relentlessly putting in the work and dedication to get there, he says that none of it would have been possible without his amazing support group, who has pushed him to pursue his dreams and followed him at every golden opportunity.

“I’m so grateful for everyone in my family. They’ve taken me to practice and have provided me with everything I’ve needed to get to where I want to be. They push me to be better, to keep a good head on my shoulders, and have fun. They believe in me.” he sincerely explained when talking about his family. Cooper’s mom and stepdad Chesley and younger twin brothers joined him on the course over the week’s practices and tournament, while his younger brother Paxton was cheering him on from 4H-Camp. Although not everyone was able to attend, his entire family was rooting for him from home.

“He’s always been devoted to golf, and we’ve always been right there behind him, even though we aren’t golfers ourselves. We told him from the very beginning that if this is what he wants from life, he’s going to have to commit to it and work for it and he has. I just hope that no matter where life takes him, he remains humble.” Bridget genuinely said. “Cooper has a huge support group and without this village, none of this would be possible.”

One of Coops’ biggest supporters is his stepfather, Chesley, who is always ready to boost him up whenever his anxiety of attaining a perfect score or matching a green-jacket swing gets the better of him. “He wants every shot to be perfect, so I’ve always told him, ‘If you can’t have fun – it ain’t worth doing’, you got to enjoy it and if you’re not going to enjoy it, then you might as well go home!” Chesley earnestly exclaimed.

Another lifelong supporter of Riner’s, is his best friend, Richard (Peanut) Braddy, who also got to caddy for him during this life changing event.

“My caddy was my best friend, Richard “Peanut” Braddy. I have known him since the fifth grade, that’s when he first came to DEA. He plays golf too and we caddy for each other whenever we can. I like when Peanut caddies for me because he calms me down and is very intelligent and helpful. He believes in me too.” Riner wholeheartedly explained their friendship. “It was special to me, seeing Cooper share this experience with his best friend,” his mom explained.

Cooper shares his talent for golf with his father Kris Riner and is supported as well by his stepmom, Joanna Riner, stepsister Maddie and grandparents Teresa and Andy Dixon, Terry and Kathy Dixon, Larry Riner, Debbie Riner, Ronnie and Brenda Green, and great grandparents Colon and Jean Henry.

Riner remained second in the top eight of his division throughout the extent of the tournament.

However, the tournament ended with him ranking 36th out of 126 participants, going over only 13 strokes during the last two days of the week-long event, an even more impressive feat, given he played through a storm. On Saturday, June 25, Riner exceeded the 72-par limit by eight strokes. The following day, Sunday, June 26, he went five strokes over the expected par of 72, ending his last day with a score of 77 for a two-day combined tallied of just 13 strokes over par total.

This experience has added a new golf ball to Riner’s collection and a core memory to his lifeline, a memory of when he played through the thunder on the Arnold Palmer Course, which is something that he will forever be able to share with his loved ones for years, and years to come.

This prodigious honor has also given him a sense of accomplishment, but Riner says that he’s just getting started and the PGAs haven’t seen the last of him, yet!

“My goal is to be a professional golfer. I want to have the Career Grand Slam and win all four majors.” He said as he beamed with a smile.

On his last day of the tour, Riner walked to the back nine with Peanut by his side, who carried his clubs, as he carried a newfound wisdom for love of the game and a hopeful heart for his future. As he crossed that final bridge, he was met with open arms and smiling faces, one being his loving and always fun stepfather, Chesley, who greeted him with his contagious personality and Riner’s very own walkup song.

“I would like to thank my family for always supporting me and believing in me. I also want to thank the 2022 Junior Under Armour Tour for the opportunities it gives, not only me, but other golfers as well.” Riner concluded.

He knows his destination and given this ambition, in 15 years’ time our next interview with him may just be on that ever-famous Augusta green. Congratulations Cooper Riner, we can’t wait to see where you go next!