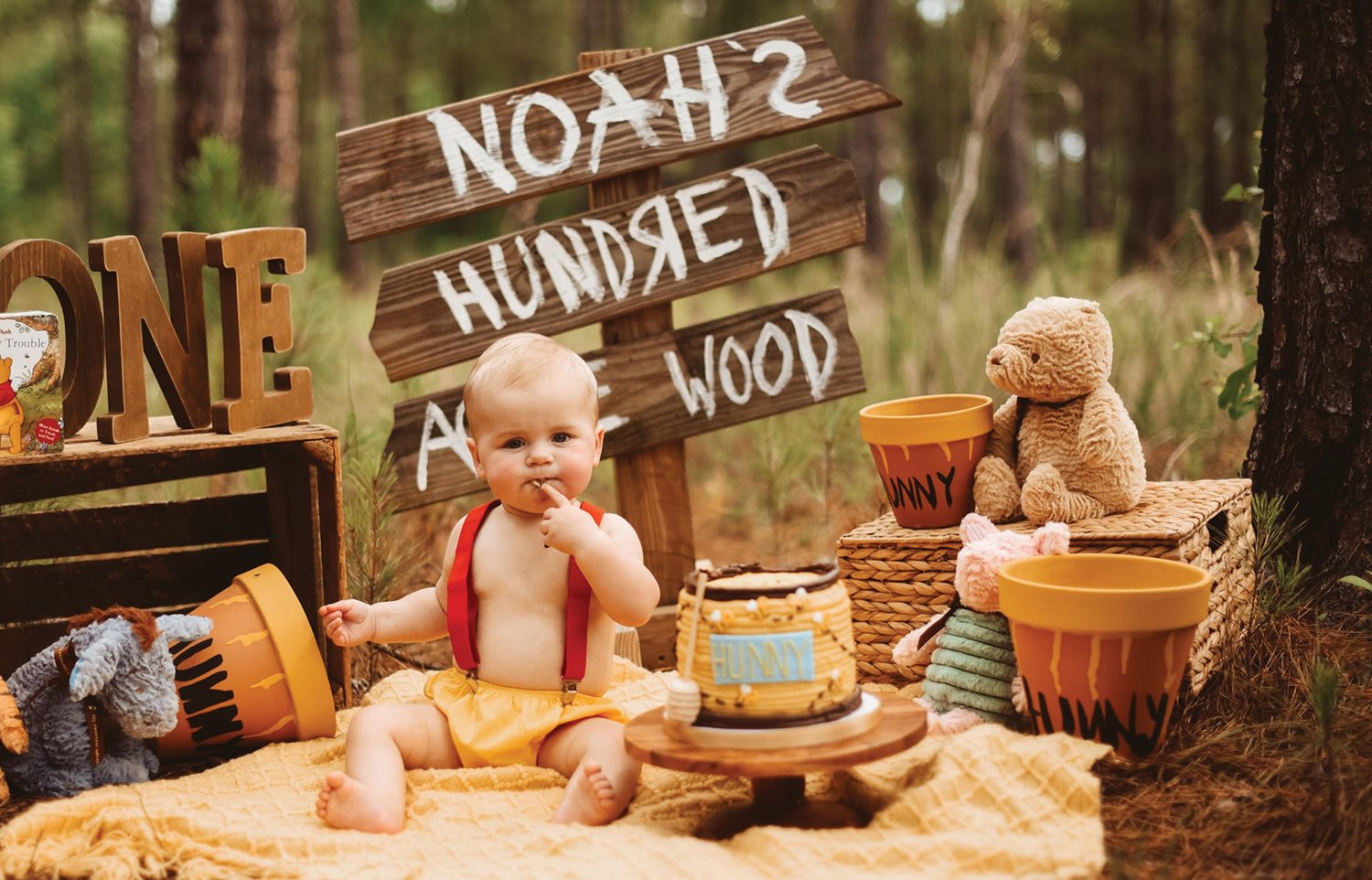 Noah Auburn Davis celebrated his first birthday on Saturday, June 18, at Little Ocmulgee State Park. Family and friends were invited to join Noah in the 100 Acre Woods for a Winnie the Pooh themed birthday party. The menu consisted of grilled hamburgers, hot dogs, chips, and Hawaiian Punch and Capri Sun to drink. The dessert table consisted of decorated "Noah" Winnie the Pooh cookies and Vanilla, Chocolate, and Red Velvet Cupcakes that had Yellow, Blue, and Green Icing. Noah enjoyed his own "Smash Cake" that was decorated like a Hunny Pot and was covered in bees.

Noah's friends were able to play in the splash pad or on the playground at the State Park. Friends then gathered to open gifts with Noah. He received many fun new toys, including a Turtle Sandbox from his Grammy Laura Tucker and Great Grandma Janice Lindsey, a Radio Flyer Scooter from Brandie Crosby, and a Ball Pit from his Paternal Grandpa Brian Davis. Noah's favorite toy was a Fisher-Price Laugh and Learn chair from his Uncle Justin Winders.

Noah is the son of Dalton and Lindsay Davis. Noah's only sibling is Scotty, the family dog. Noah is crawling all over the place, pulling up on everything, and trying to stand on his own. He attends Allison's Learning Center and celebrates today with mini cupcakes and cookies for him and his friends. We wish you a very happy first birthday Noah! Love, the Forest Blade Staff.

Yard of the Month