Bulldogs lose first round to Trojans 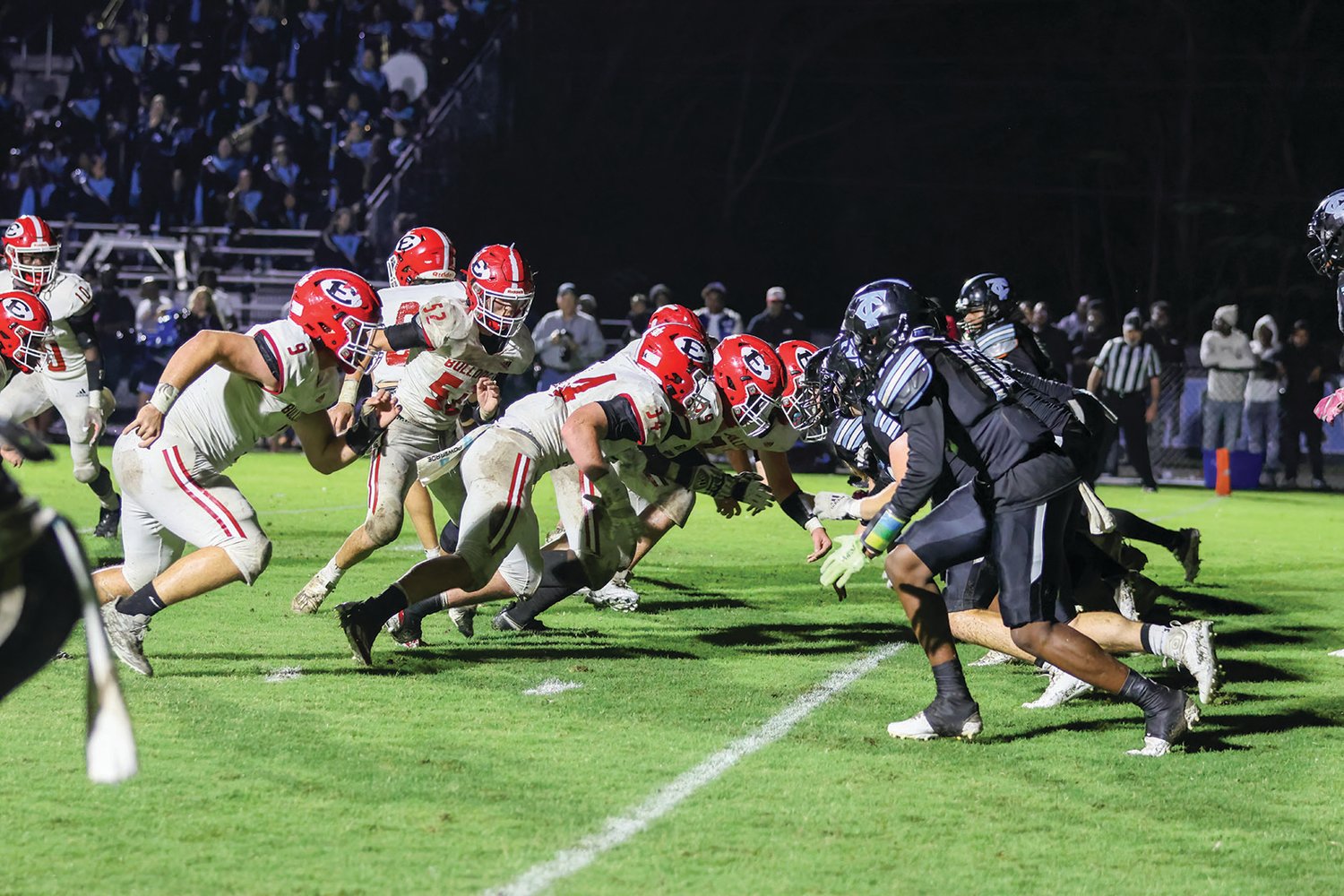 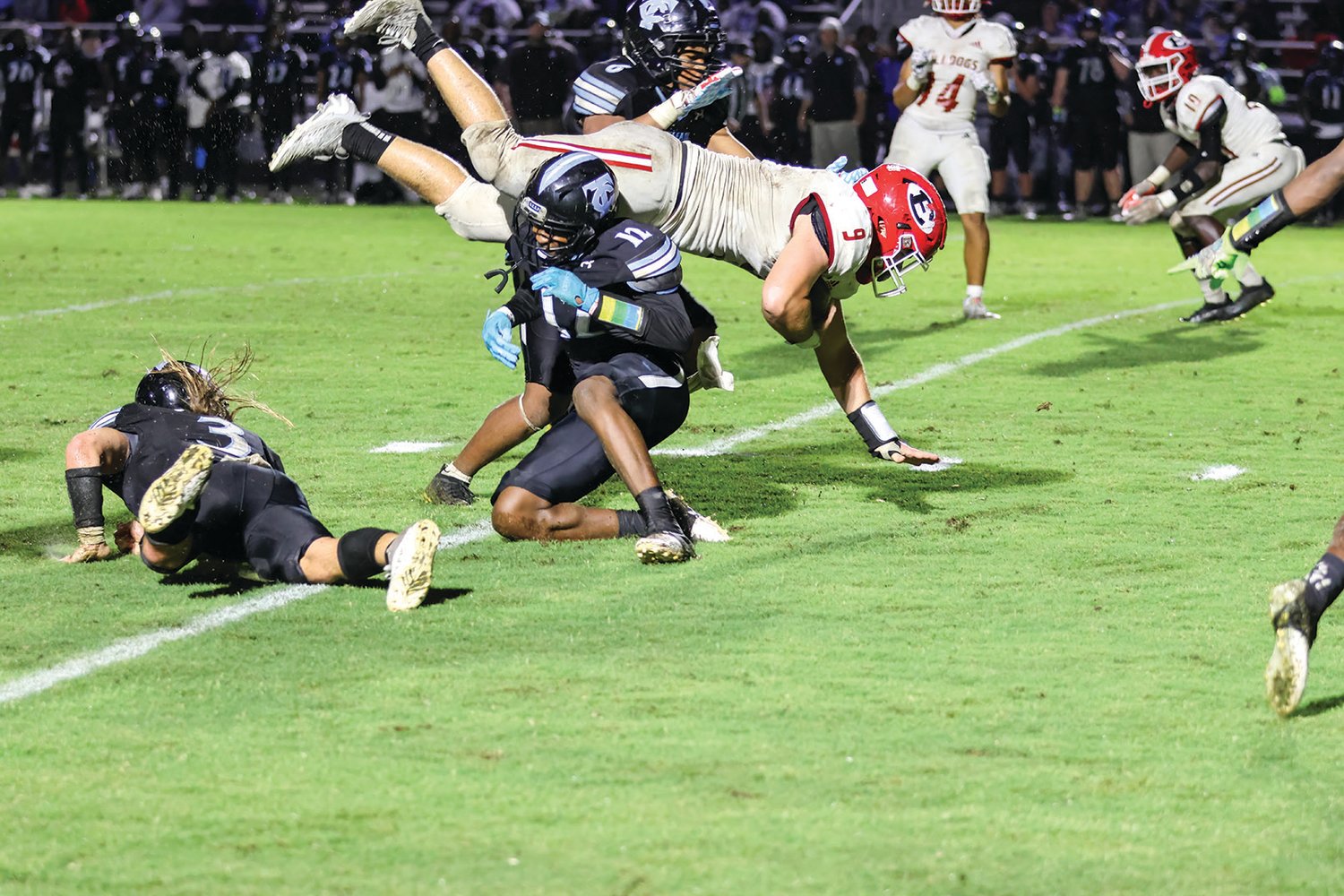 The ECI Football team traveled to McRae Friday to face Telfair County in the first round of the state playoffs. The Trojans, who haven’t hosted or won a playoff game since 1993, defeated the Bulldogs in a high scoring affair 62-37.Both teams combined for almost 850 offensive yards and 99 points. Total yards were even with ECI having 419 yards and Telfair ending the game with 428 yards.

Neither defense forced the opposing offense to punt the ball. Part of the difference in the game were 3 Bulldog turnovers that stopped drives and missed extra point tries that accounted for the 25-point loss.

It was a hard-fought physical game on both sides. The Bulldogs lost 4 key starters, one in the first half and 3 more in the third quarter. “This team believe it or not fought so hard. I couldn’t be prouder of how much effort and character they displayed during this game”, commented coach Chris Kearson. “I’ve never been part of a game where so many injuries occurred so fast. They had every reason to give up and they didn’t. That’s a testament of their character”. The Bulldogs put 3 touchdowns on the board in the first half with the Trojans posting 4 to lead the Bulldogs 28-19 entering the third quarter. The third was the highest scoring quarter with PJ Farnum running in 2 touchdowns from one and five yards out. The Trojans added 20 more in the quarter to make the score 48-31 after three quarters of play. Farnum scored his last touchdown of his career for ECI in the fourth quarter on a 9-yard run. The Trojans added 1 more touchdown in the fourth to make the final score 62-37. Bryce Kearson, playing his last game as a Bulldog was 10-14 for 161 yards passing. Leading receivers for the game were Cordarius Lee with 4 catches, Farnum with 3, Lawson Mercer with 2 and James Parker with one reception. Farnum led the Bulldogs on the ground rushing 27 times for 218 yards and five touchdowns. Fourteen Bulldogs played their last game for ECI and will be missed. Those seniors include PJ Farnum, Cordarius Lee, David Stapleton, Gartell Brown, Bryce Kearson, Lawson Mercer, Timmy Dobson, Jacob Durden, Samuel McBride, Rob Bell, Joseph Conner, Melvin Akridge, Joseph Fullmore and Jordan Prew. The Bulldogs had one of the toughest schedules in class A this season. They played 6 teams ranked in the top 10 in their classifications including 4 region champions. It doesn’t get any easier next season with the same teams on the schedule. The Bulldogs are back in the weight room preparing for another challenging season and playoff appearance.

ECI finishes on a high note