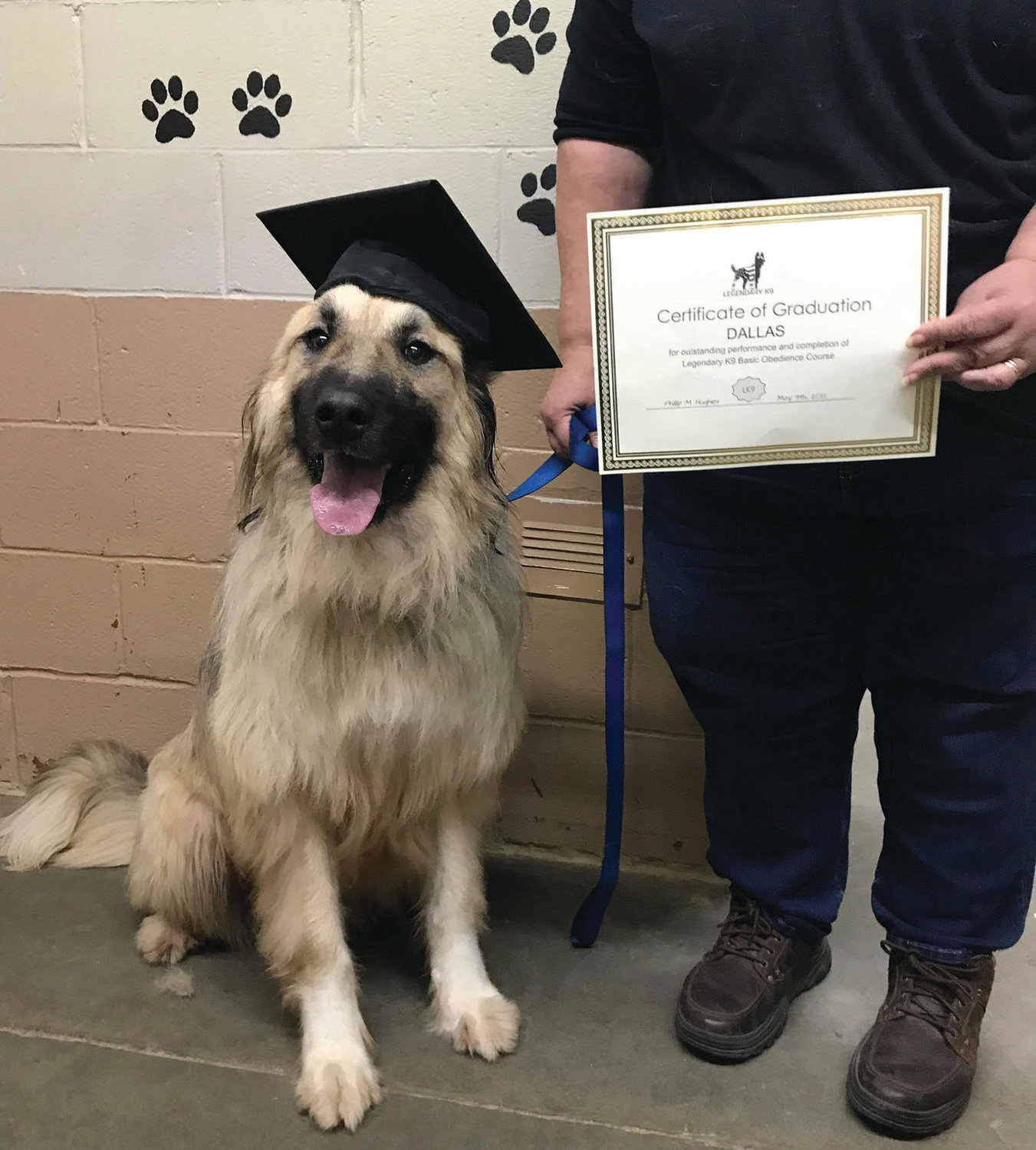 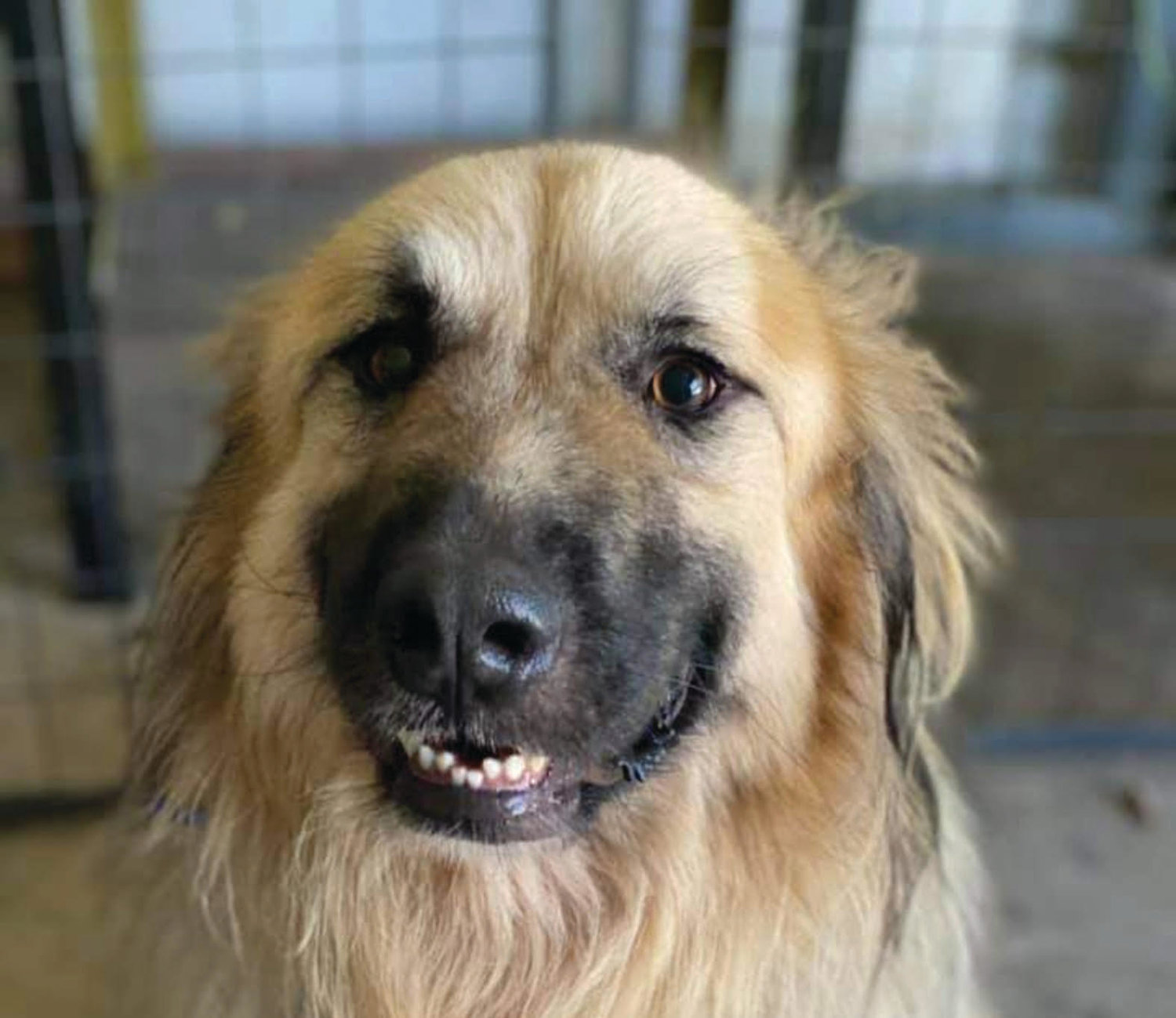 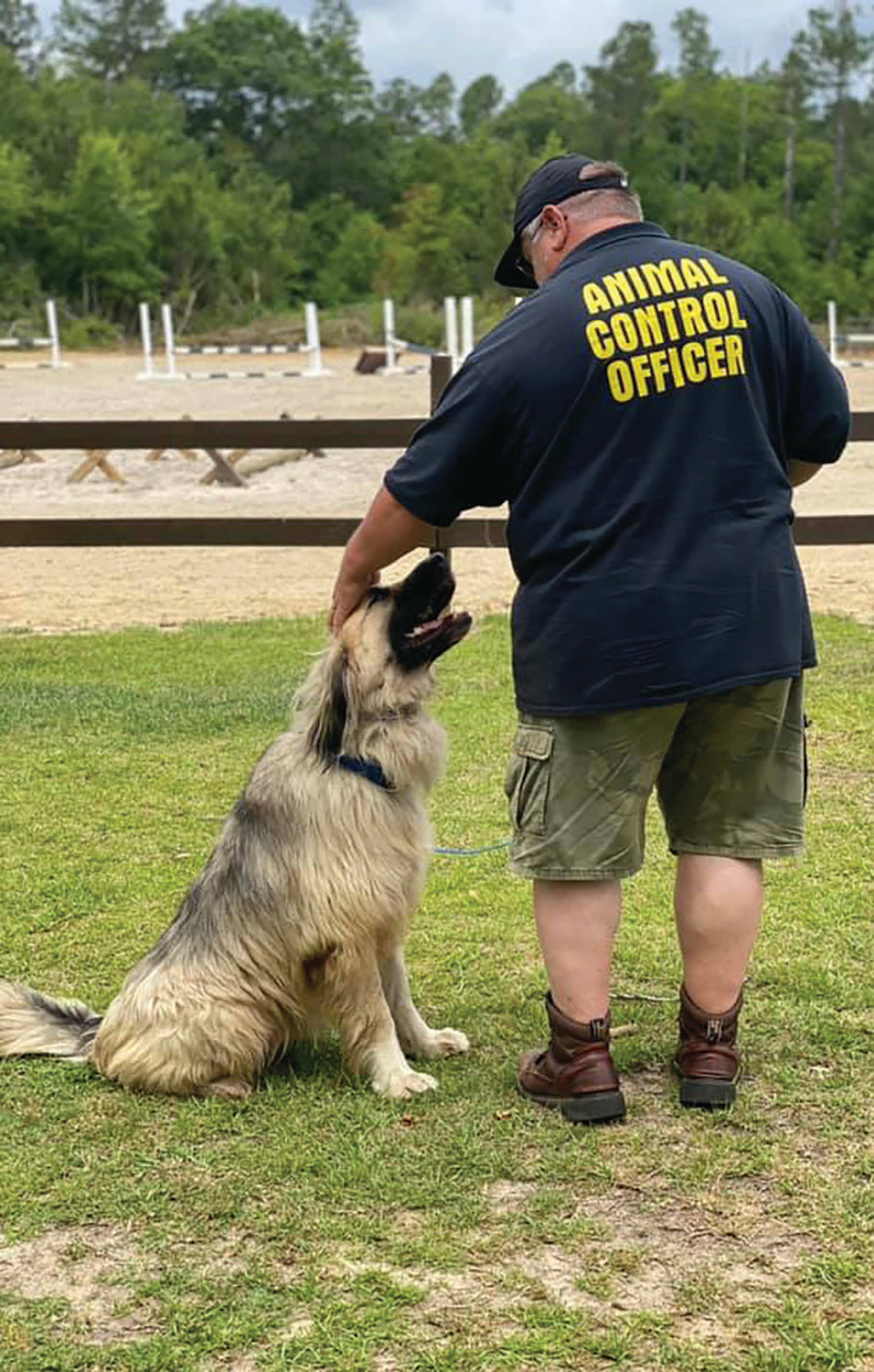 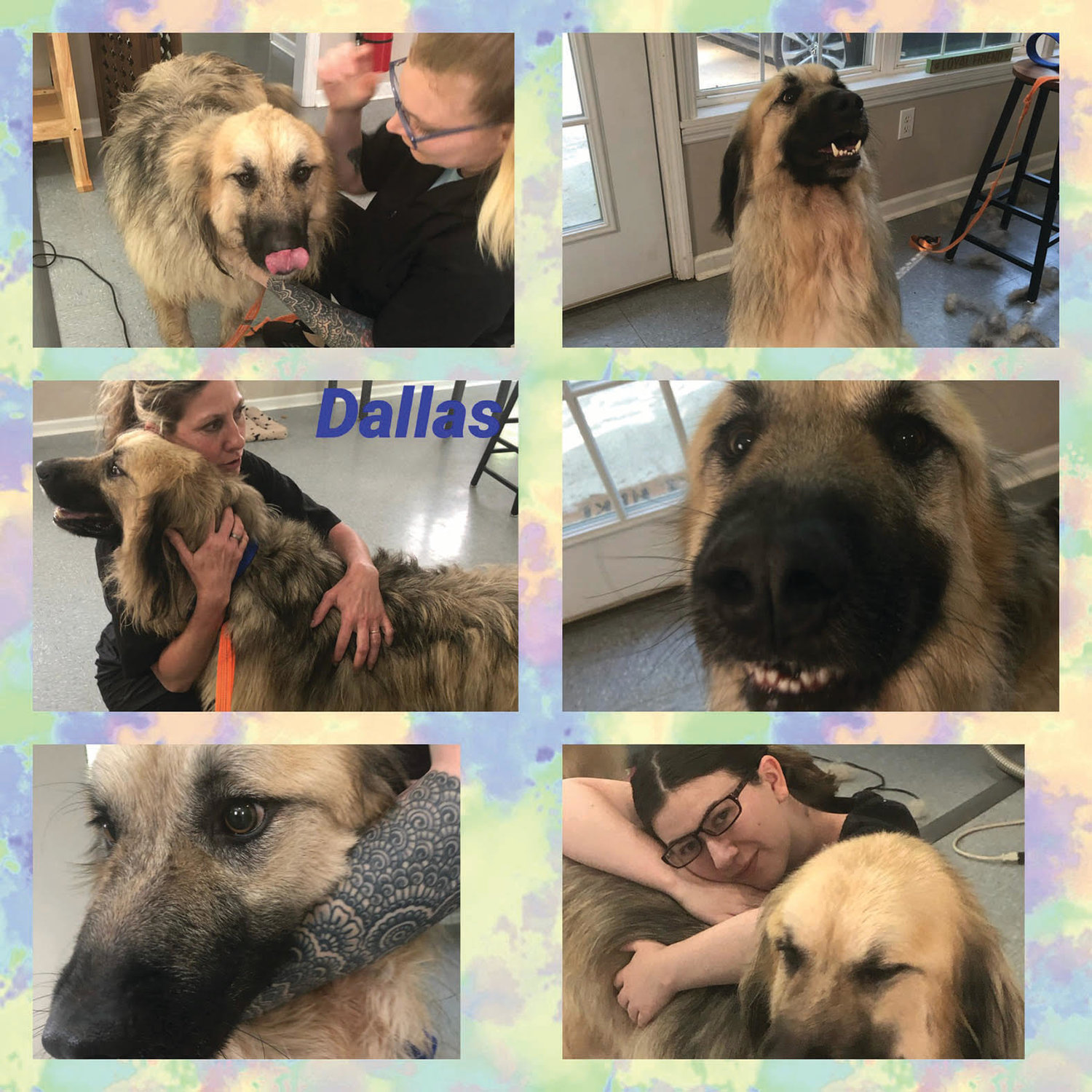 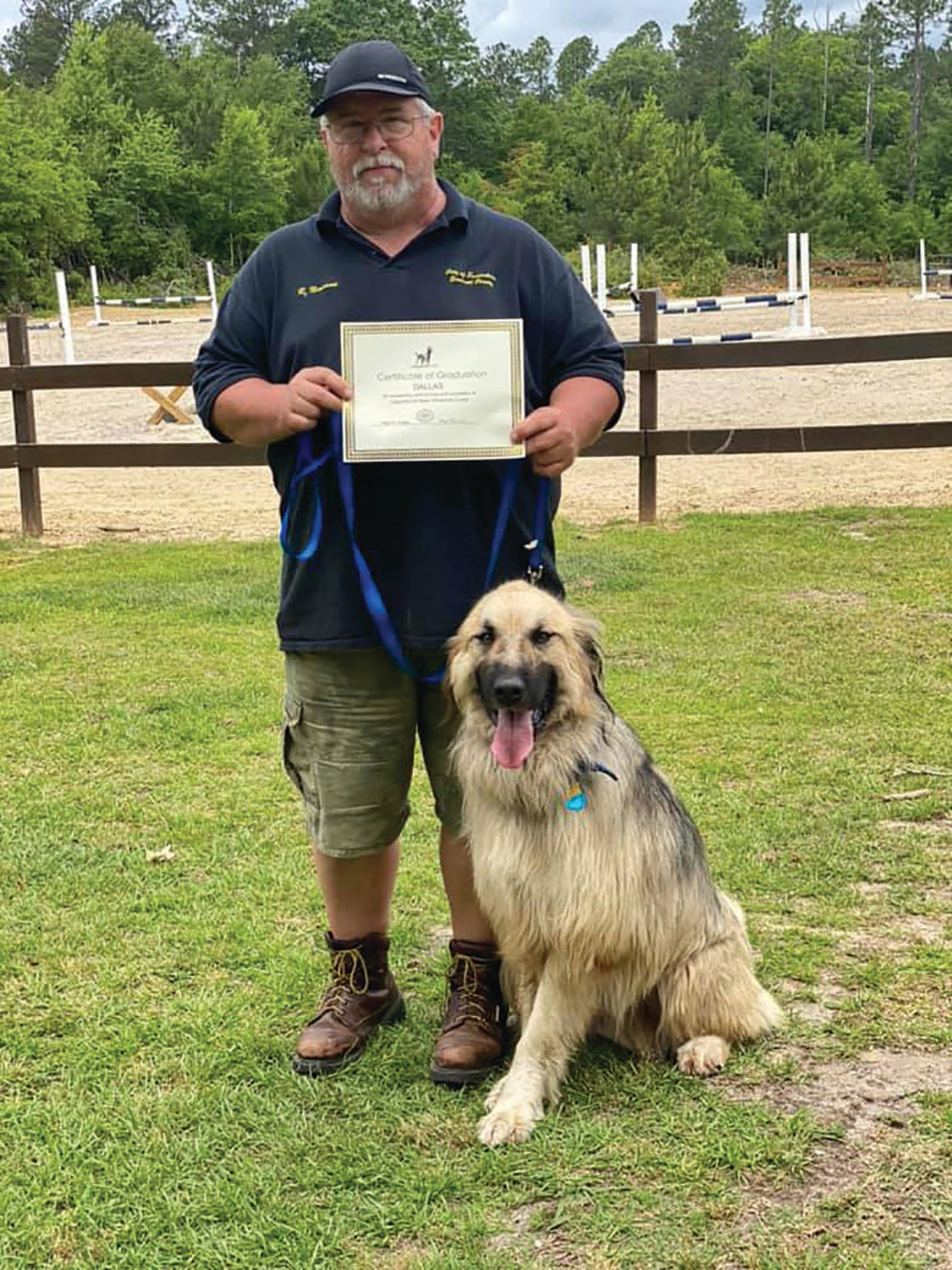 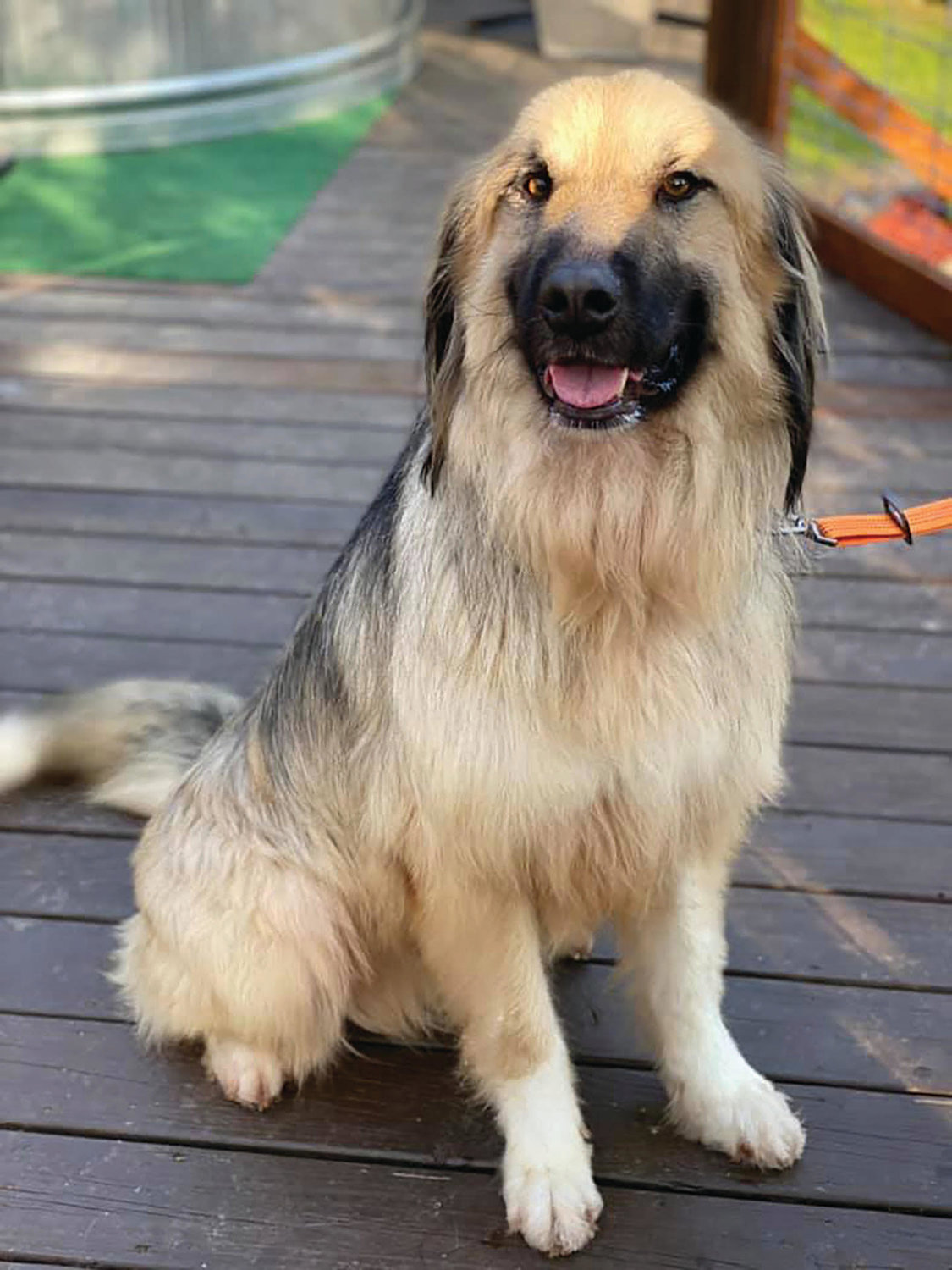 In July 2020, animal control officers with the Betty Gambrell Animal Shelter responded to a Fulmer Lane address in Twin City in reference to an intake report. The callers reported an awful smell, as if something dead may have been drug up under the residence. A dog was captured by animal control, and the odor was actually coming from the dog - a male, Asian Shepherd.
At the time of intake, the dog had severe injuries to its back, was flea-infested, and weighed 77.4 lbs. The shepherd, who is said to have a heart the size of Texas, was later named Dallas due to his ability to love and seek the love of humans despite his past.
Needless to say, Dallas' case was brought before the honorable Judge Dawn Braddy in Emanuel County Magistrate Court. Arguments were heard from Animal Shelter Manager Leta Fuentes and the involved dog's owner, Connie Dowd. Input was also heard from Emanuel County Humane Society, who suggested that Dallas’ best placement would be with the local shelter.
After allowing all parties to be heard, Judge Braddy granted custody of Dallas to the Betty Gambrell Animal Shelter, stating, "“Canines and other animals have no voice. We have to speak for them.” Dowd was sentenced to complete 40 hours of community service within three months or less. Read full story by visiting: https://emanuelcountylive.com/stories/magistrate-court-awards-local-shelter-ownership-of-july-intake,11704?.
Dallas has since remained a Betty Gambrell Animal Shelter resident, with big plans being made by Fuentes on a bright future for the big, gentle giant to become a service dog. Dallas' big day to embark on this new venture finally came April 12, 2021. At 11 a.m., Dallas was introduced to Phillip Hughes, owner of Legendary K9 Georgia in Sylvania, to begin dog obedience and leash training services.
It was evident that the two hit it off during their first encounter with each other when seeing Dallas grin on a social media welcome post made by Hughes. In post, Hughes introduced Dallas and spoke on his delightful personality and how his demeanor set him apart from other dogs. The post read, “Welcome to basic obedience Dallas! Dallas‘ mom (Fuentes) works for the Swainsboro Animal Control and he was a rescue that she ended up keeping because of his amazing personality. He is one of the sweetest, kindest dogs I’ve ever had the pleasure of meeting but unfortunately his life did not start out so kind. This sweet boy had hot grease dumped on him and ended up in a court battle. He’s here to get some basic obedience so he can be used as a therapy dog and we are so proud of how far he has come already.”
The following day, April 13, Dallas was in for another surprise - a spa day at Heart & Soul Grooming Studio. Studio employees fell head over heels in love with Dallas, and commented that the “gentle giant” with a heart of gold will make the best therapy boy considering his disposition after all he had been through.
After some de-shedding and clipping, Dallas was officially ready to learn. Dallas was boarded at Legendary K9 Georgia for approximately one month. There he learned basic commands and received leash training and was able to demonstrate those skills in real-life practice.
On May 10, Dallas was an official Legendary K9 Georgia graduate. After receiving his certificate, he was handed back over the Betty Gambrell Animal Shelter to utilize his skills back home. Future plans for Dallas to interact with the community are currently in the works, with plans to appear at school, nursing homes, and other public programs.

Looking for a “fur” ever home