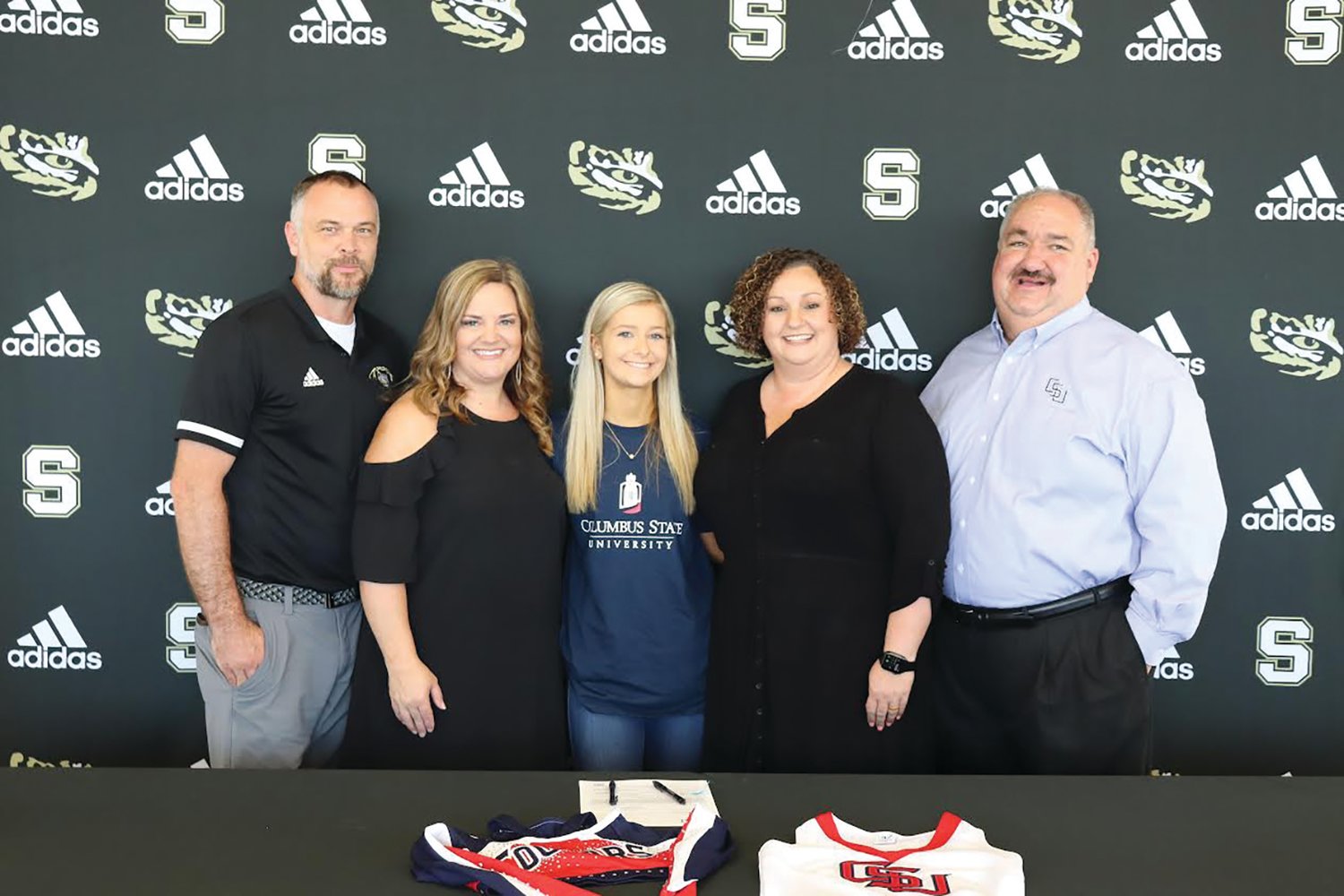 Swainsboro High School senior Madison Williford became the first SHS cheerleader to sign a letter of intent for the collegiate level. She will attend Columbus State University, a school that has a rich history of success in the sport. She is a four-year veteran of both football and competition programs for the Tigers.

According to Head Cheer Coach Luci McNeely, Madison is an athlete who leads by example. She says, “She tried out two weeks ago and made the Columbus co-ed team. She will compete at the college national level next year after leading her SHS team this year to a top six performance in both competition and Game Day cheer.”