There’s no better title than a National Title 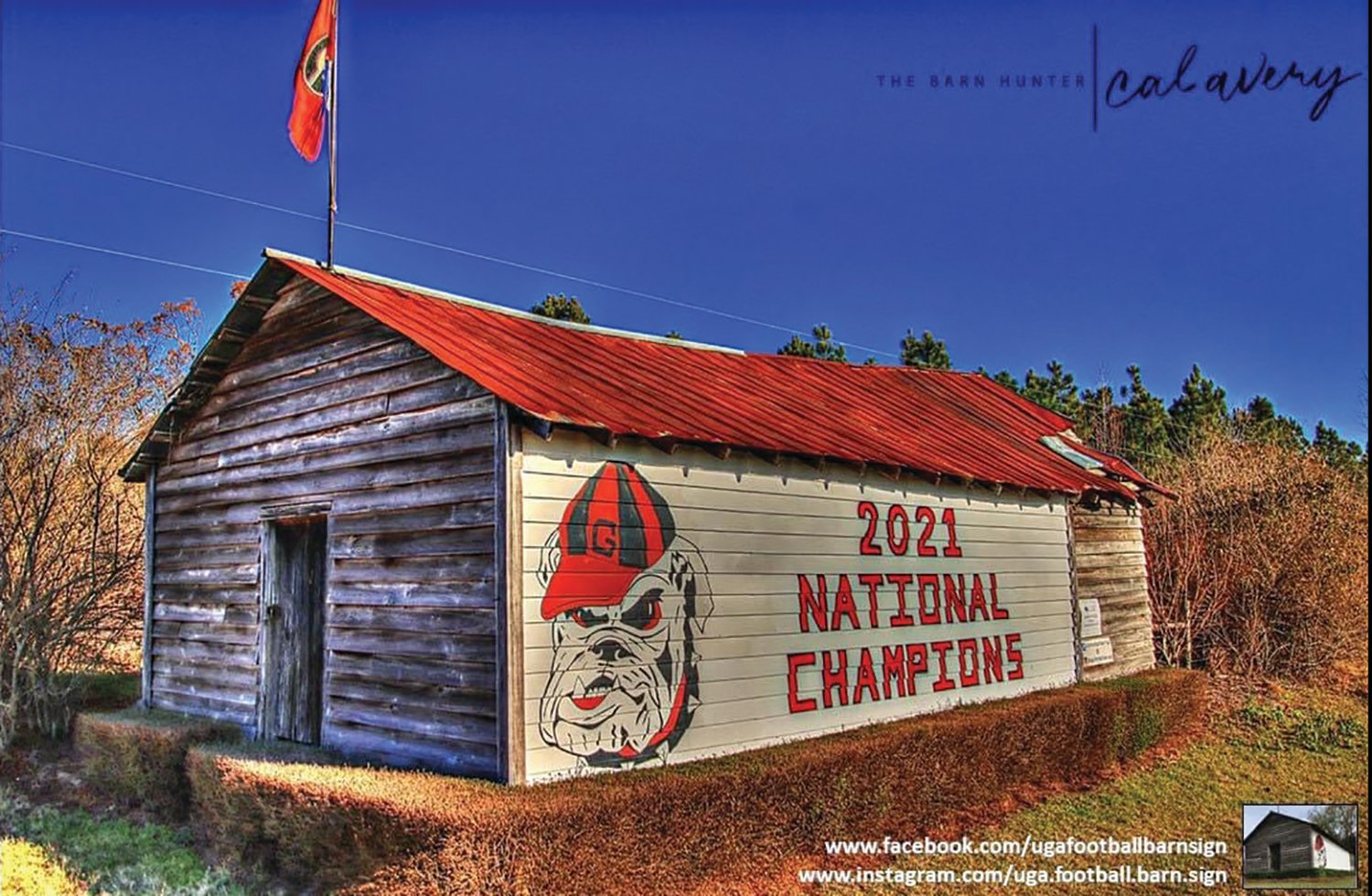 In homegrown towns like ours, true bliss is a victory on a tailgate type of Saturday. Whether we’re in Truist Park or between the hedges, we support our teams like no other part of the country. However, our pride and joy lies on the SEC’s 50 yard line. With anticipation beginning at the end of summer to paint Sanford Stadium red and black with faithful followers. For fans it’s a deeply rooted fever and for players it’s a love affair that they absolutely dominate. Hall of Famer Marino Casem, longtime coach at Alcorn State and Southern University, is credited with arguably the most appropriate description of the game's significance in the South; “On the East Coast, football is a cultural experience. In the Midwest, it's a form of cannibalism. On the West Coast, it's a tourist attraction. And in the South, football is a religion, and Saturday is the holy day.” Given our conference’s recent success, it’s difficult for other states not to question if maybe there’s something more in that Athens air and our sweet tea that we’re not sharing. To tribute our triumph an incredibly talented local photographer Cal Avery made headlines after he graced Facebook with a photo that he captured of the iconic 1930s UGA Football Barn Sign in its new found glory.

If you’ve traveled down Highway 15 from Emanuel County, then you probably recognize this Georgia landmark that’s located between Wrightsville and Tennille, the two towns that have produced many successful football players for UGA, most notably Hershel Walker. The barn currently reads, “2021 National Champions'' with the ever so symbolic original dawg head painted on the left. Since 2000, the barn has been painted with messages inspiring fans and players to keep the faith and in case you’ve ever wondered, Ross Smith is the man behind those murals.

“Other than the locals, no one really knows who paints the barn and that’s okay because that isn’t what it’s about. It’s about bringing some unity and something different for the fans. People just really enjoy seeing that.” Smith recently stated. He also spoke of how the first message came to light and how the tradition began. “My cousins, James and Jonathan Hitchcock, own the barn. It’s been in their family since the late 1930’s.”

Smith has been painting the ‘Old Jot Em Down Store’ for about 22 years now with his first message being that of comeback quality, when 2000 was a year before social media and debatable discussions could run wild. “There was a quarterback controversy. Jim Donnin had Quincy Carter playing quarterback and we felt that Corey Phillips was the better option.”

After discussing how they would materialize their thoughts, a close relative joked that they should paint the side of the old ‘Jot Em Down Store’ and a 20-year-old Smith quickly accepted this offer, painting the south side of the store’s exterior with the (modified) words “To heck with Carter, Phillips for president!” in order for all the traffic to view as fans headed back to the northern part of the state on Sunday following Saturday's game. That year was an election year and the basis of their message. The following year, they painted it as a tribute to 9-1-1 and around 2003 they decided to keep the UGA theme going, which is when Smith began painting multiple messages a year to voice their opinions.

“It’s just something different. People like seeing an old barn painted and it’s something unique to our fan base,” Smith commented. The old store soon came to be locally known as the UGA Barn Sign. “In years past we would kind of be a little more negative than we are now and would have more abrasive words to say about how things went but now we try to stay more positive, you know, as far as putting something up that kind of helps us look forward to next year.”

After 21 years and 47 hopeful messages the glorification that was destined to be on the barn sign finally made it’s reveal on Wednesday, January 12, following Monday's national win.

“We’ve always dreamed over the last 21 years that we would be able to paint this message and we’ve come so close so many times. Now we finally get to put that message up and I’m going to leave it there for quite a while,” he further stated.

Smith began painting the sign on Tuesday afternoon, securing the title that our boys of fall have worked so hard for. “It just gives you a warm and fuzzy feeling to see something that people are so passionate about in the south when it comes to football.” As for photo opportunities with this Georgia land marker, it’s been open to the public for years, with some photos even being displayed inside restaurants and homes to share with Georgia generations for years to come. “It’s completely wide open to the public. People have been stopping by to take pictures for years and we hope that they continue the tradition on their way to every game,” Smith concludes.