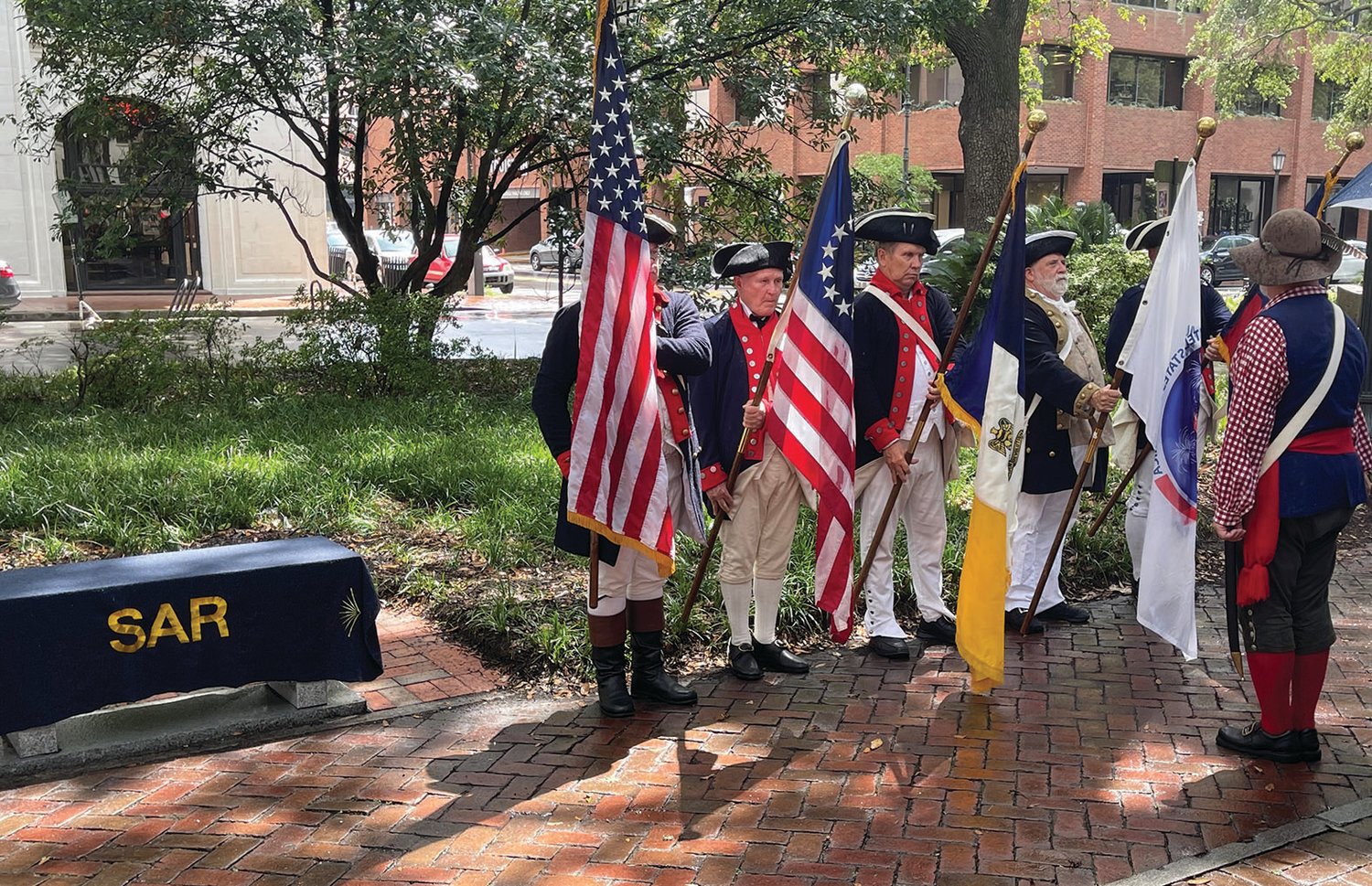 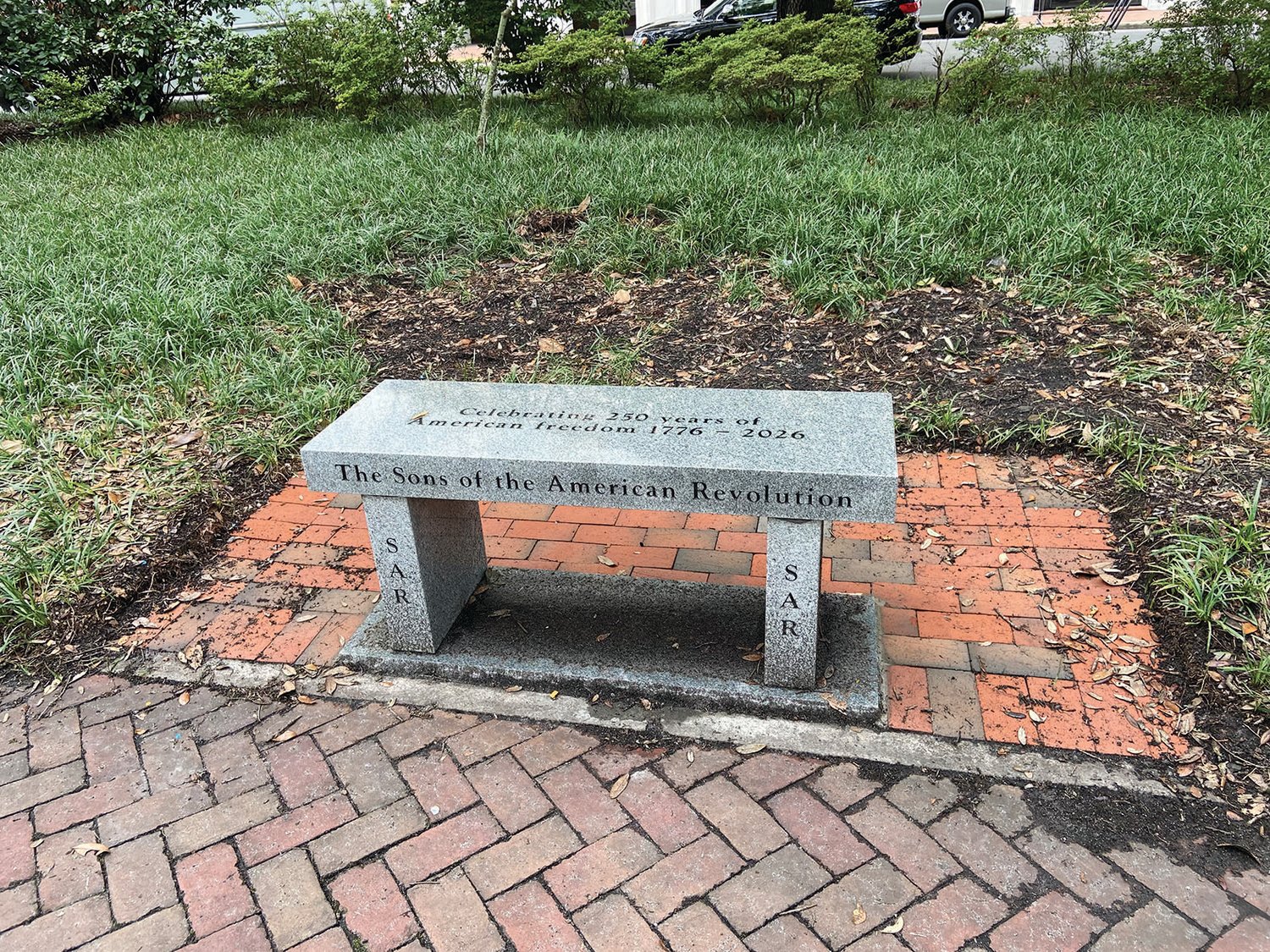 During the 132nd NSSAR Congress held in Savannah, GA, an SAR Bench commemorating the 250th Anniversary of the founding of the United States of America was dedicated in historic Johnson Square in downtown Savannah on July 13, 2022. In addition to Georgia Society SAR and NSSAR leadership, President General Davis L Wright, Georgia Society Congress Host co-Chairs Allen Greenly & Mike Tomme, and SAR Bench Chair John Trussell, the ceremony featured Savannah Mayor the Honorable Van R. Johnson and District two Alderman Detric Leggett, as well as members of the GA and NSSAR Color Guard. Other SAR and DAR members gathered to witness the ceremony despite the rainy weather. Our very own Compatriot Steve Burke from the Wiregrass Chapter was selected to be a part of the NSSAR Color Guard for the event. He is standing 3rd from the left. Also, Emil Decker, Editor of the GASSAR Newsletter "The Hornets Nest" is 4th from the left in the NSSAR Color Guard.