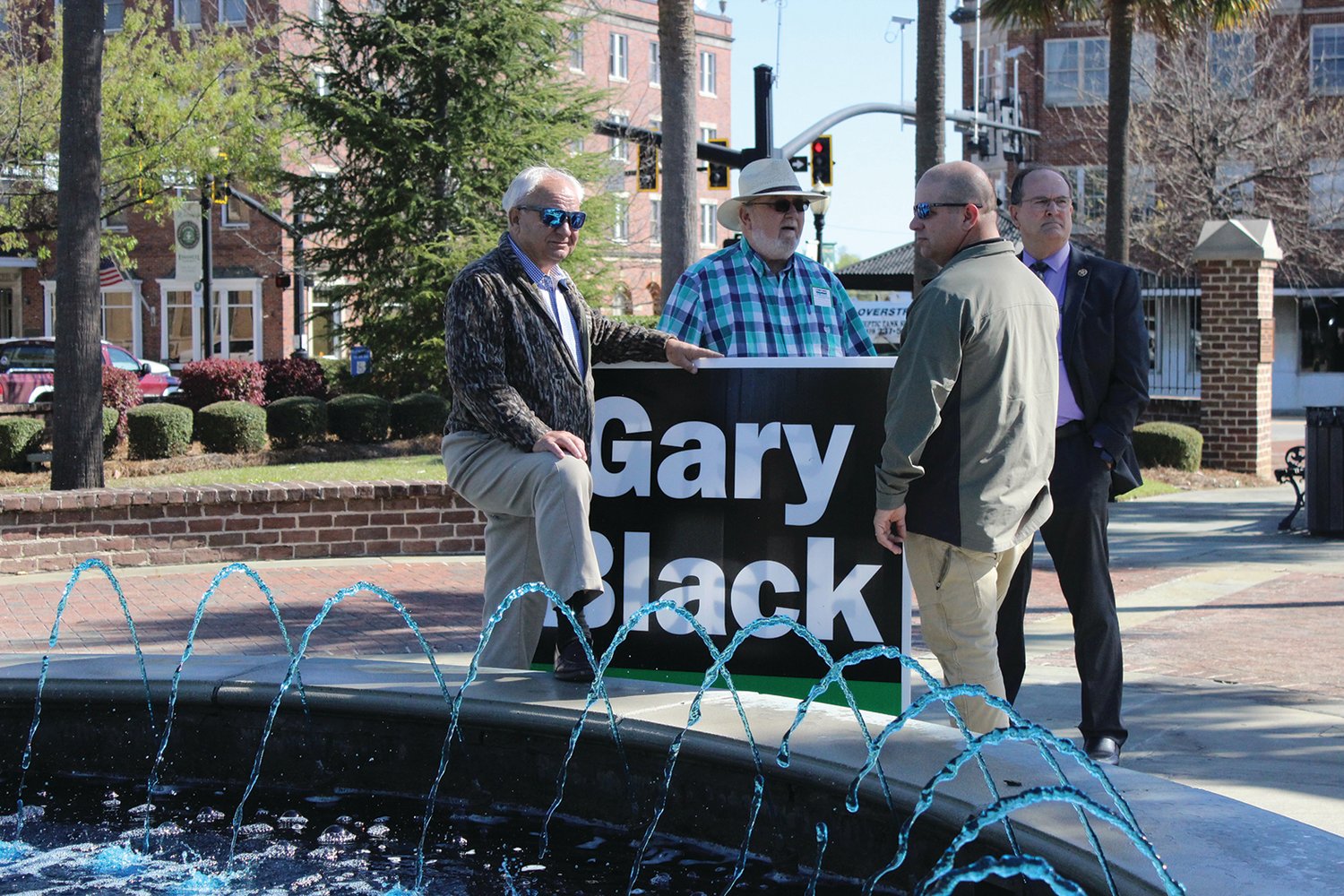 A Meet and Greet event with U.S. Senate Candidate Gary Black was held at 9:30 a.m. at the fountain in Downtown Swainsboro last week. The hour-long event began at 9:30 a.m. and gave opportunity for Black to share his platform with the local community and answer any questions pertaining to his ideas for office.

Prior to his tenure as Commissioner, Black was the elected president and lobbyist for the Georgia Agribusiness Council, a position which he served for 21 years. In addition, he also co-managed the Georgia Food Industry Partnership for 13 years and served as a field representative in the Georgia Farm Bureau.

The filing deadline for voting was March 11, 2022. The primary election for U.S. Senate is scheduled for May 24, 2022. A primary runoff will follow on June 21. The general election for U.S. Senate is set for November 8 and the runoff for the general election of office has been planned for December 6. The election will fill the Class III Senate seat currently occupied by Democratic politician Raphael Warnock. With Georgia being rated a Battleground Democratic state, Black is one of six republican candidates on the May 24 primary ballot. Completing the list of other republican candidates seeking election to office are Josh Clark, Kelvin King, Jonathan McColumn, Latham Saddlers and Herschel Walker. Democratic candidates submitting bids for office in the May primary election are Incumbent Raphael Warnock and Tamara Johnson-Shealey.  Libertarian candidate Chase Oliver and Conservative politician George Litchfield will be included on the November 8 General election ballot for U.S. Senate.