Playoff Picture Getting Clearer for Bulldogs 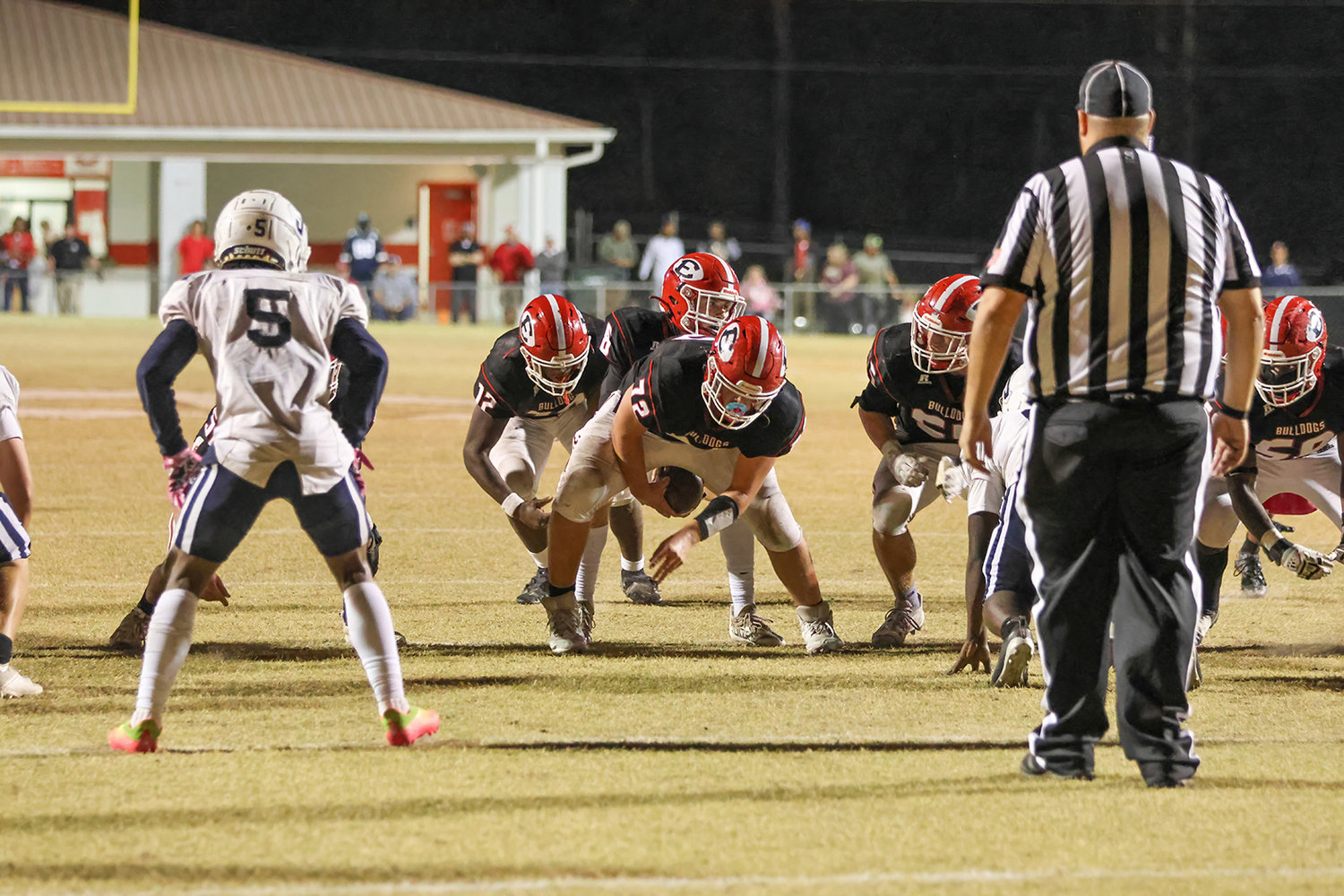 The ECI Bulldog football team played for the region lead 2 weeks ago against McIntosh Co. After losing to the Buccaneers, the Bulldogs faced Jenkins Co. Friday for the number 2 spot to host first round playoff game.

After losing to Jenkins Friday 31-24 Thursday, the Bulldogs will travel to Mt. Vernon this Friday to determine the 3 and 4 seed against Montgomery Co.

Both teams will be on the road for the playoffs. The number 3 seed will face Telfair Co. and the number 4 seed will travel to Rochelle to face region champion, Wilcox.

The other seedings have already been determined with McIntosh taking the top spot and Jenkins Co. securing the second seed with the win over ECI.

It was another game of different halves Thursday for the Bulldogs against Jenkins Co. They rushed for 240 yards, scoring 21 points in the first half and fell off to just 94 in the second half, with no touchdowns. The only points for ECI in the second half was a 32-yard field goal by Oisin Matthews.

” Thursday night was a tough one to swallow”, commented coach Kearson. “The first half was more ECI, and the second half was more Jenkins. We can’t points fingers or make excuses, it’s about execution and fundamentals. I love these guys and they are trying so hard, but we make our breaks, and it seems that we’re waiting for something to happen, and it hasn’t been good lately.”

Except for two long scoring plays, the Bulldog defense held the Eagles at bay the first half. One TD on the Eagles third play of their second drive and the last one on the first play with a long pass and catch to put up 14 points in just 4 plays.

The Bulldogs took the opening kickoff and marched to the 10-yard line. They fumbled on the next play at the Jenkins’ one to end the sure scoring opportunity.

After the defense forced a 3 and out, the offense once again marched down the field. Tuff Boddiford put the first points of the game on a 14-yard run for a 7-0 lead.

While the Bulldogs used up time on the clock running the ball on long drives, the Eagles put their 14 points in the first half running just 4 offensive plays.

The Eagles tied the game on their second drive for a 7-7 tie another to make the score 14-14.

The Bulldog ground game continued to roll putting 14 points on the board in the second quarter. Brian Steel scored on a 6-yard touchdown run for the first touchdown and on a 9-yard jaunt to put ECI up 21-14 at halftime.

David Stapleton ended the Eagles’ last drive of the half with an interception with 30 second left.

The Eagles tied the score in the third quarter for 21-21 score. They took the lead later in the third on a successful field goal try for to make it 24-21.

The offense got in another gear in the fourth quarter, driving from their own 17 down to the Eagle 14. On fourth and 5 the Bulldogs called on Matthew’s leg. The sophomore’s kick split the uprights to tie the game at 24-24 with just over 2 minutes left in the game.

The Bulldogs looked to have stopped the Eagles on a third down try deep in their own territory. But a phantom facemask penalty kept the drive alive.

With 25 seconds left, the Eagles went to their bag of tricks. With the defense keying on the running back, the Bulldog defense lost the Eagle receiver, who caught the halfback pass with no defender in sight for a Jenkins touchdown with 19 seconds left in the game.

Jenkins won the game 31-24 to end the Bulldogs’ try for a homefield playoff game in round one.

PJ Farnum led the Bulldogs on the ground with 157 yards on 13 carries. Brian Steele had 65 and two touchdowns, with Boddiford ending the game with 68 yards and a touchdown.

Bryce Kearson had 70 yards through the air with Coradarious Lee grabbing 3 for 48 yards to lead the 3 receivers. With the loss the Bulldogs will be on the road for the rest of the season. Only question left is whether it will be a number 3 or 4 seed.