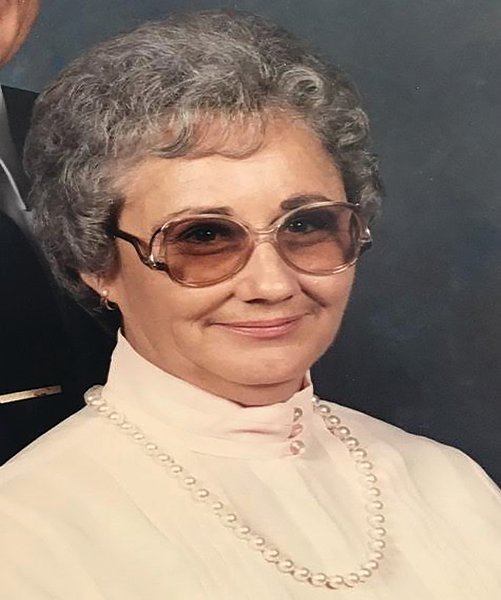 Mrs. Opal Pullen Snell, age 86, of Adrian, passed away peacefully at her home on Saturday afternoon, September 3, 2002. Funeral services will be held Wednesday, September 7, at 11 a.m. in the Williams Chapel of Sammons Funeral Home with Chaplain Andy Williams officiating. Mrs. Snell will be laid to rest beside Mr. Pullen in the Poplar Springs Methodist Church Cemetery outside of Adrian.

Born in the Covena Community of Emanuel County, Mrs. Snell was one of six children born to the late Charlie J. and Thelma Agnes Stephens Derriso. She grew up in Covena and Adrian, attending school in Adrian. Mrs. Pullen married Roy Lee Pullen and she and their children moved as her husband’s U. S. Air Force career required. They returned to Adrian in the early 1970s and her husband passed away in 1992. Mrs. Snell was always a homemaker, wife and mother. She enjoyed crocheting, sewing, knitting, embroidery and cooking. Whenever she wasn’t doing something for her family, she could be found with a book in her hand. Mrs. Snell was an avid reader of romance and suspense novels and always looked forward to the Book of the Month new releases. She and her husband were members of Bethsaida Baptist Church. In addition to her parents and husband, Mrs. Snell is preceded in death by her four brothers, Moscow, Edward, Odell and Rustin; and great-granddaughter, Rosalie Odom.

Sammons Funeral Home is in charge of arrangements.