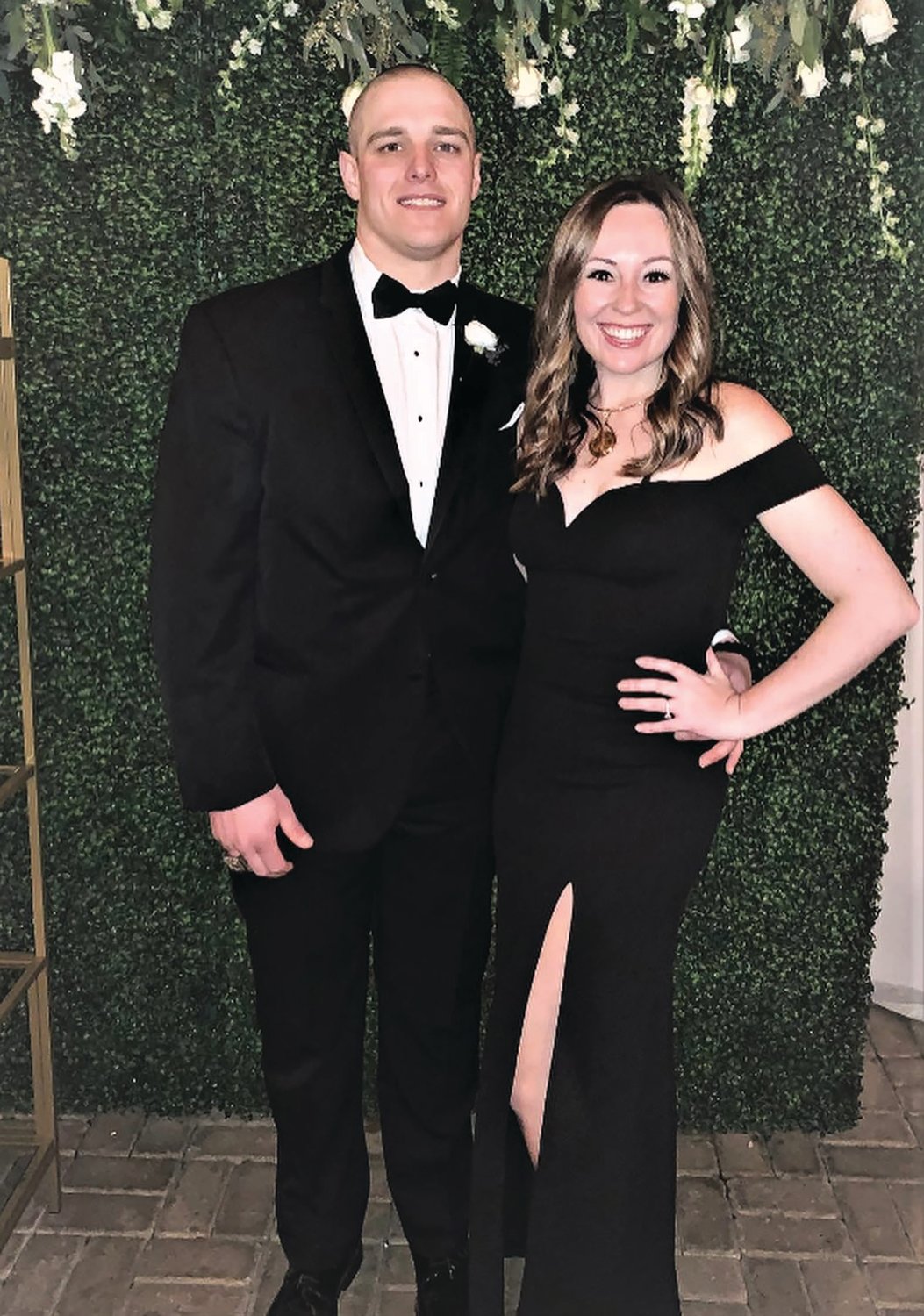 The bride-elect is the daughter of Lizanne and John Griffith of Roswell. She graduated from University of Georgia with a bachelor’s in education with a degree in early childhood education, and from University of West Georgia with a master’s in education and a degree in speech language pathology. She is currently employed with Cobb County Board of Education and works at Nick-a-Jack Elementary School in Smyrna as a Speech Language Pathologist. Miss Griffith is the granddaughter of Elena Griffith of Jacksonville, the late Cpt. John A. Griffith, III and the late Thomas and Elizabeth Doyle.

The future groom is the son of Kathy and Tommy Muns of Swainsboro. He graduated from Georgia Institute of Technology in 2016 with a bachelor of science degree in civil engineering. He is employed by Clarke Construction Company of Bethesda, Maryland as a project supervisor at the Jackson-Atlanta Airport. Mr. Muns is the grandson of the late Bill and Ruby George Branan, the late Ruth Kersey Moore, and the late Phillip Muns.

The couple will be married in Marietta in 2022 and will reside in Atlanta. Formal invitations to the wedding and reception will be sent.