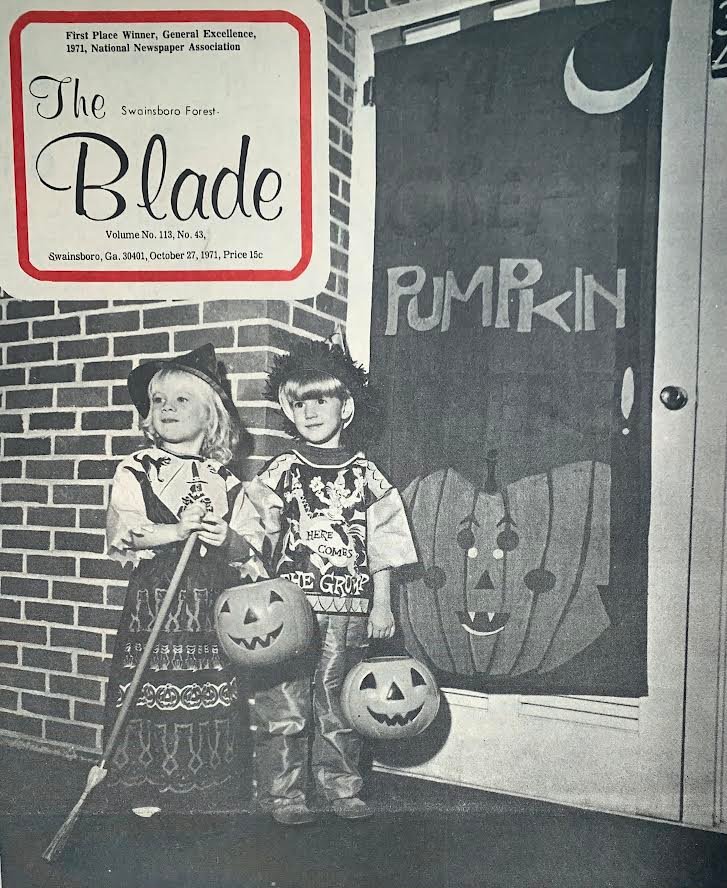 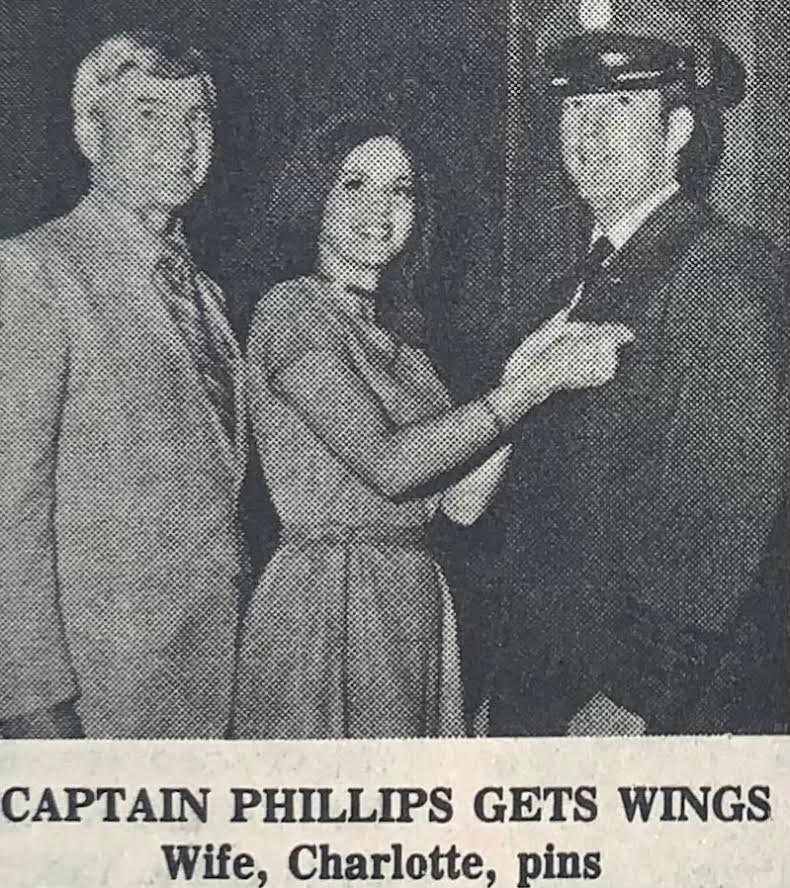 Saturday night will be observed as “trick or treat” night by scores of youngsters here and across the nation. Jim Harrell, son of Mr. and Mrs. Billy Harrell, and Misty Johnson, daughter of Mr. and Mrs. Billy Johnson, all of Swainsboro, donned their Halloween costumes and posed before the specially decorated door. Actually, the door banner was handmade by Mrs. Milton Carlton and was forwarded to her grandchildren, Jason, Eric, and Price Carlton in Atlanta, for their use for Halloween.