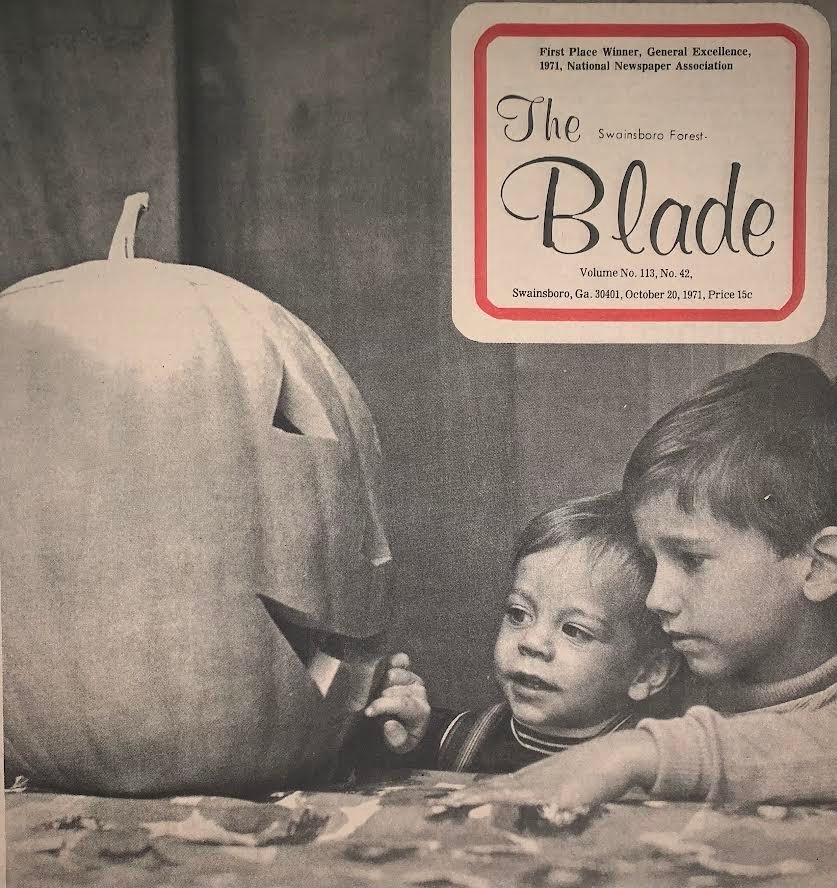 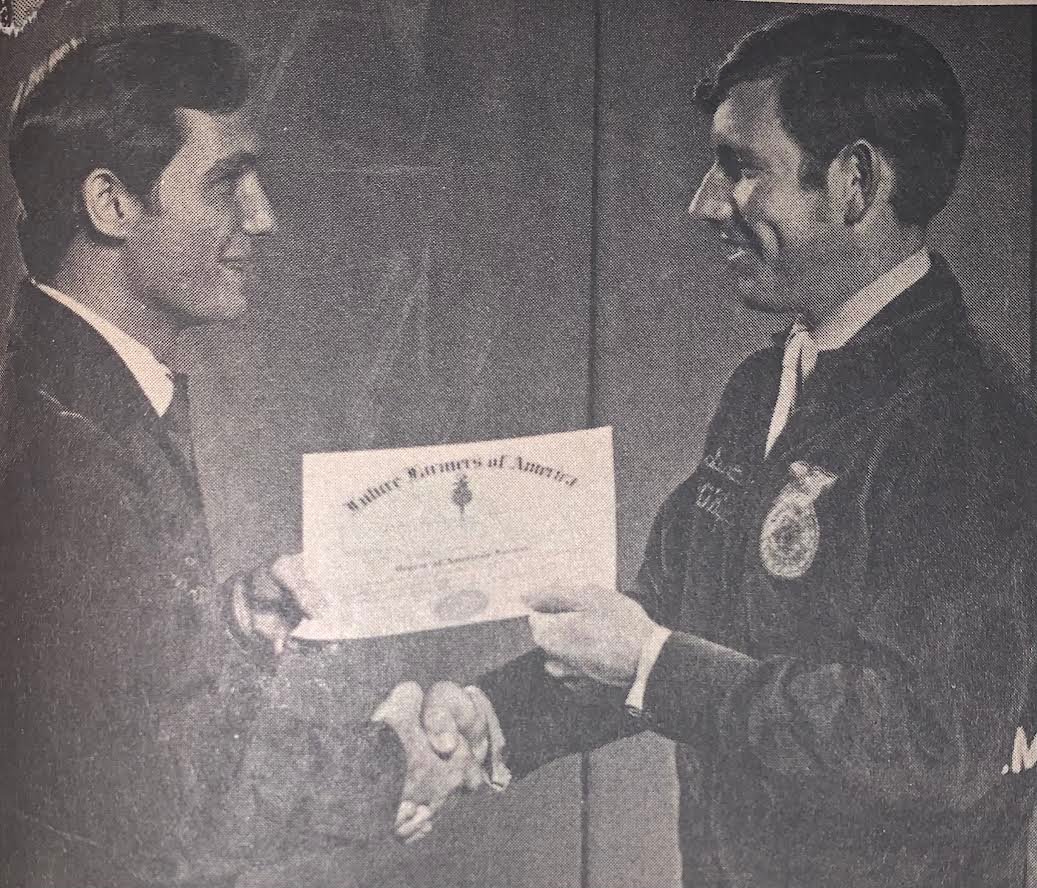 Jonathan Merrill, age 1, and 4-year-old brother Chad, found the homemade jack-o-lantern fascinating. The “wonders” of the Halloween season were just around the corner and scores of Emanuel County mothers and dads carved pumpkins and otherwise got their youngsters ready for the “trick-or-treat” season. Jonathan and Chad are the children of Attorney and Mrs. Britt Merrill of Swainsboro.

Bennett Whitfield of Twin City accepted the American Farmer Degree from Dan Lehmann, national president of the FFA. The AFD is the highest degree of membership in FFA. It was presented to 470 FFA members during the 44th national FFA convention held in Kansas City, MO.