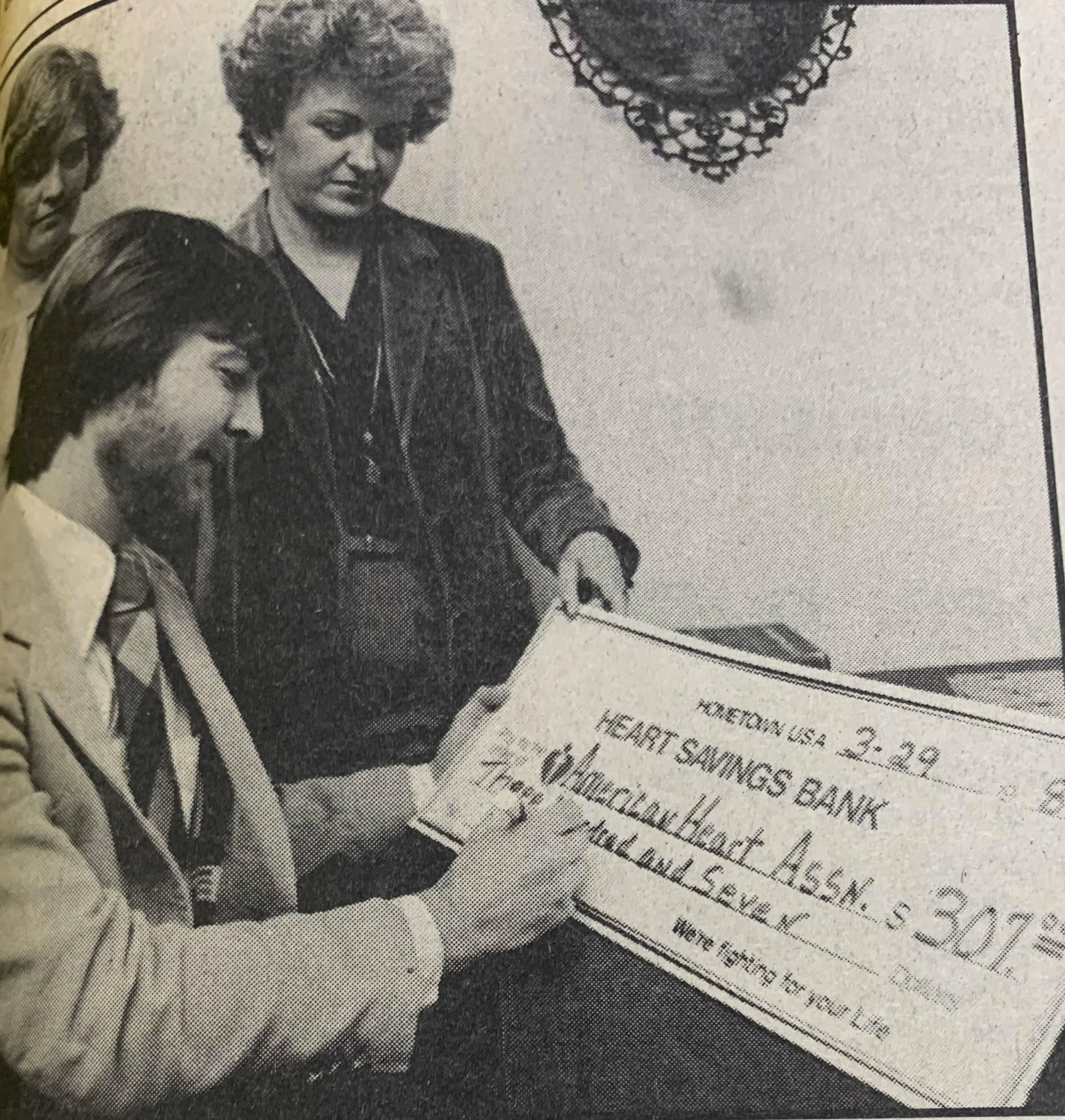 A new chief of police for the city of Swainsboro was appointed last night by city officials. Lt. Kenneth Daniels, selected over four other applicants, was named Swainsboro police chief during a meeting of the Mayor and city council at city hall, according to Mayor Roger Shaw.

Ricky Lanier, manager of the local Western Sizzlin, uses this oversized check to demonstrate the amount of money going to Emanuel County Heart Association from the sale of beverages at thelocal restaurant Friday.