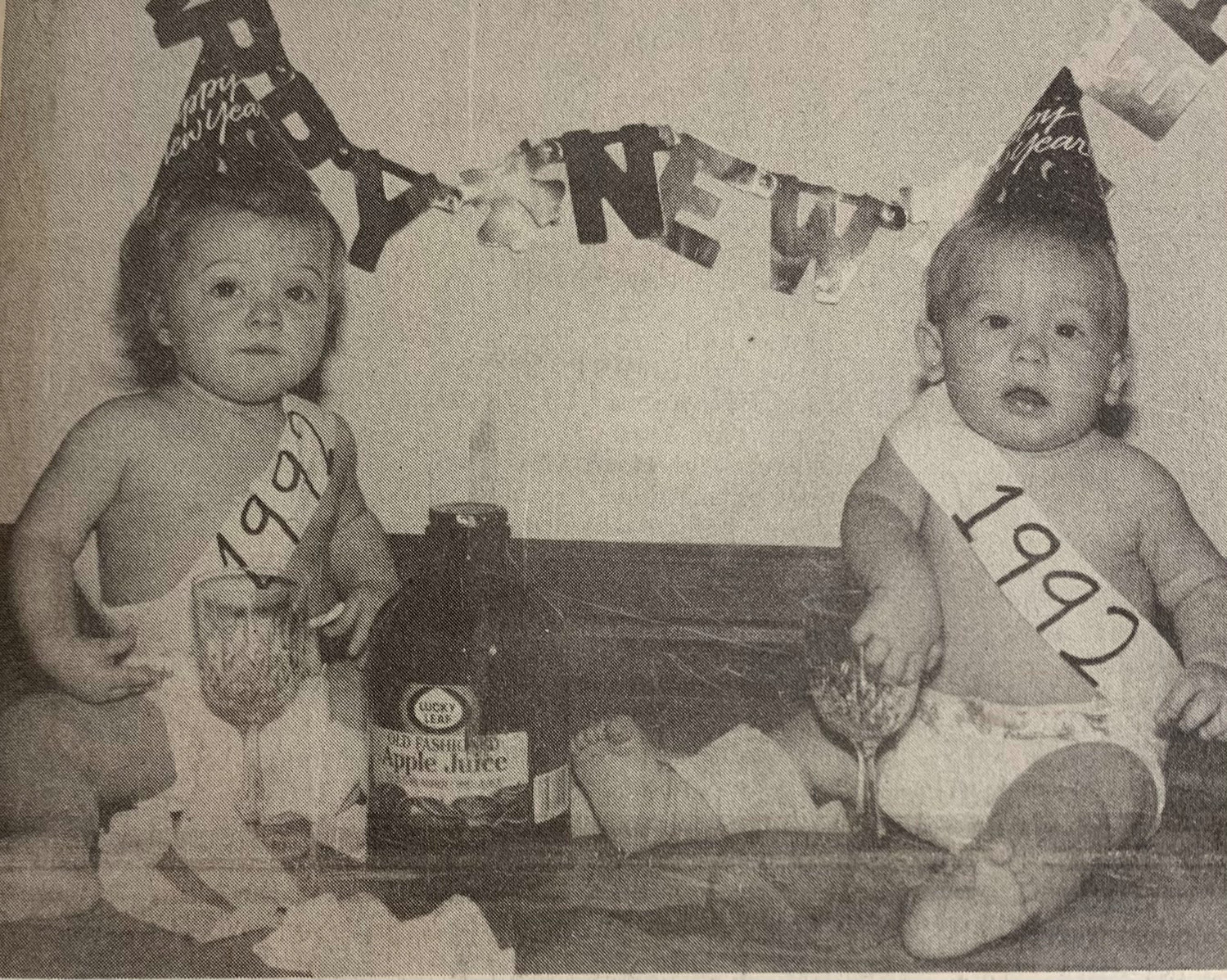 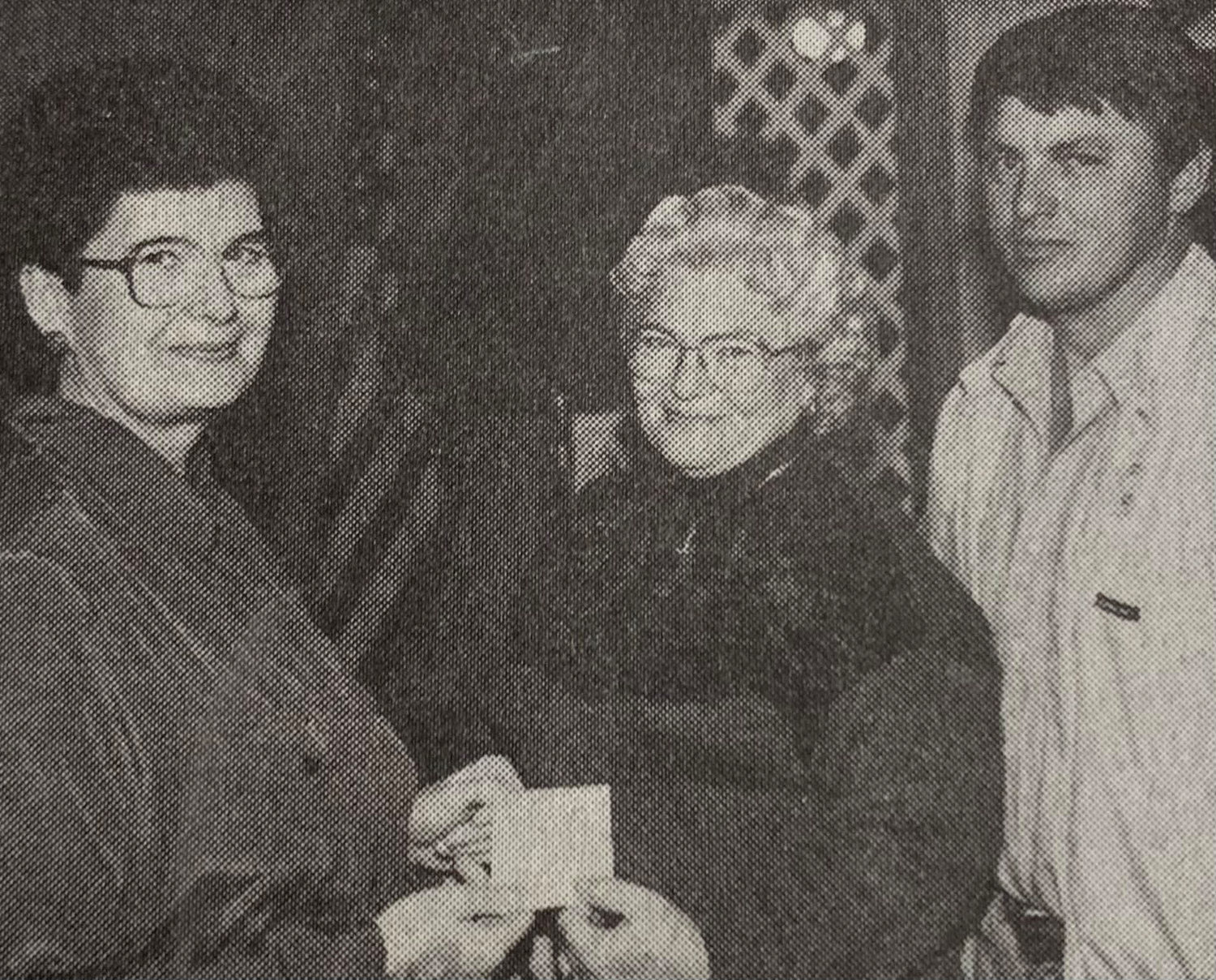 Heidi Stevens, daughter of Mr. and Mrs. Ricky Stevens and Wesley Peebles, son of Mr. and Mrs. John Peebles, got ready for marking the new year the “old fashioned” way. Old-fashioned apple juice, we mean, which would be ideal for everyone. The youngsters joined in wishing you and yours the best in 1992. 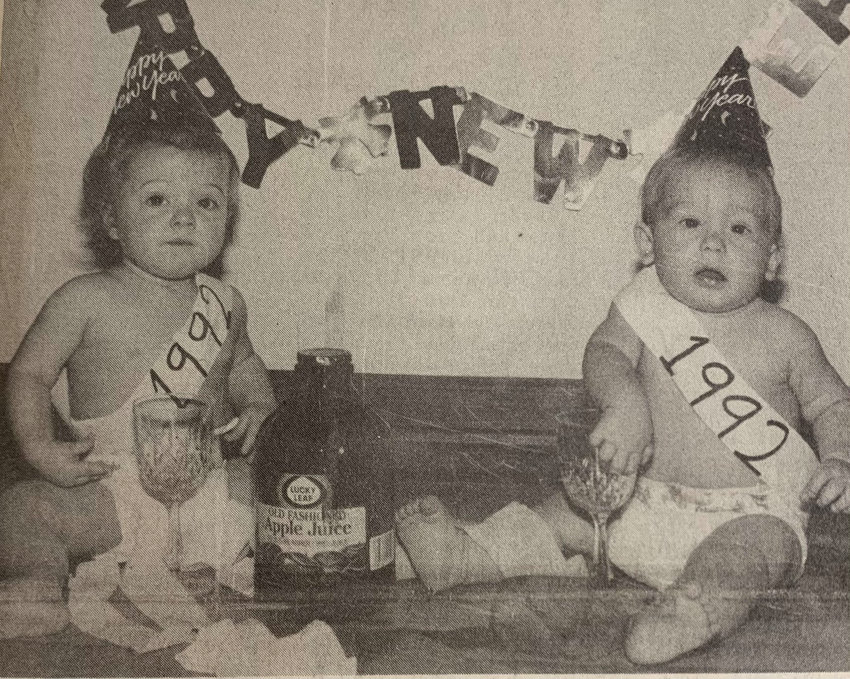 AWARDS ARE PRESENTED AT WOW BANQUET 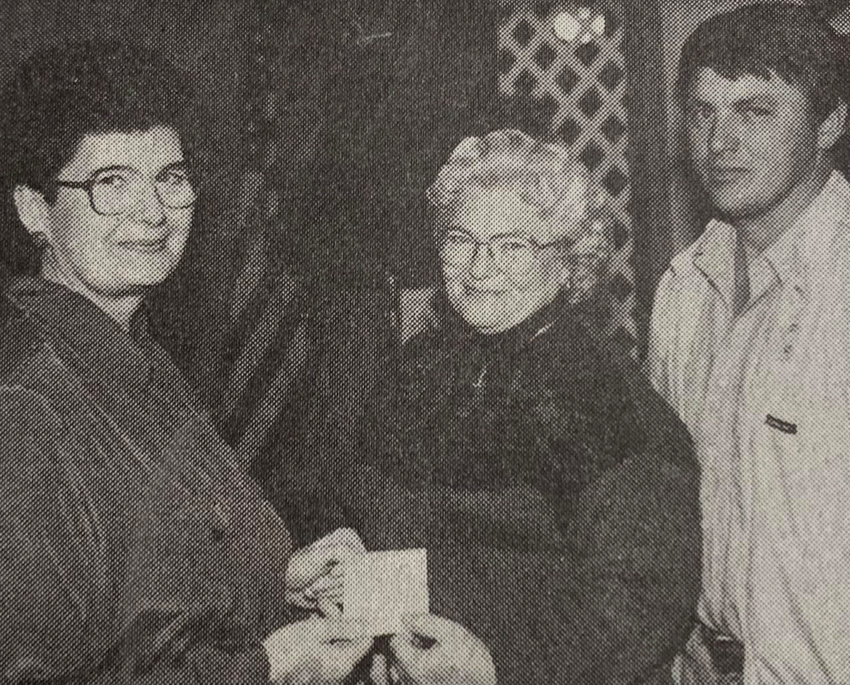