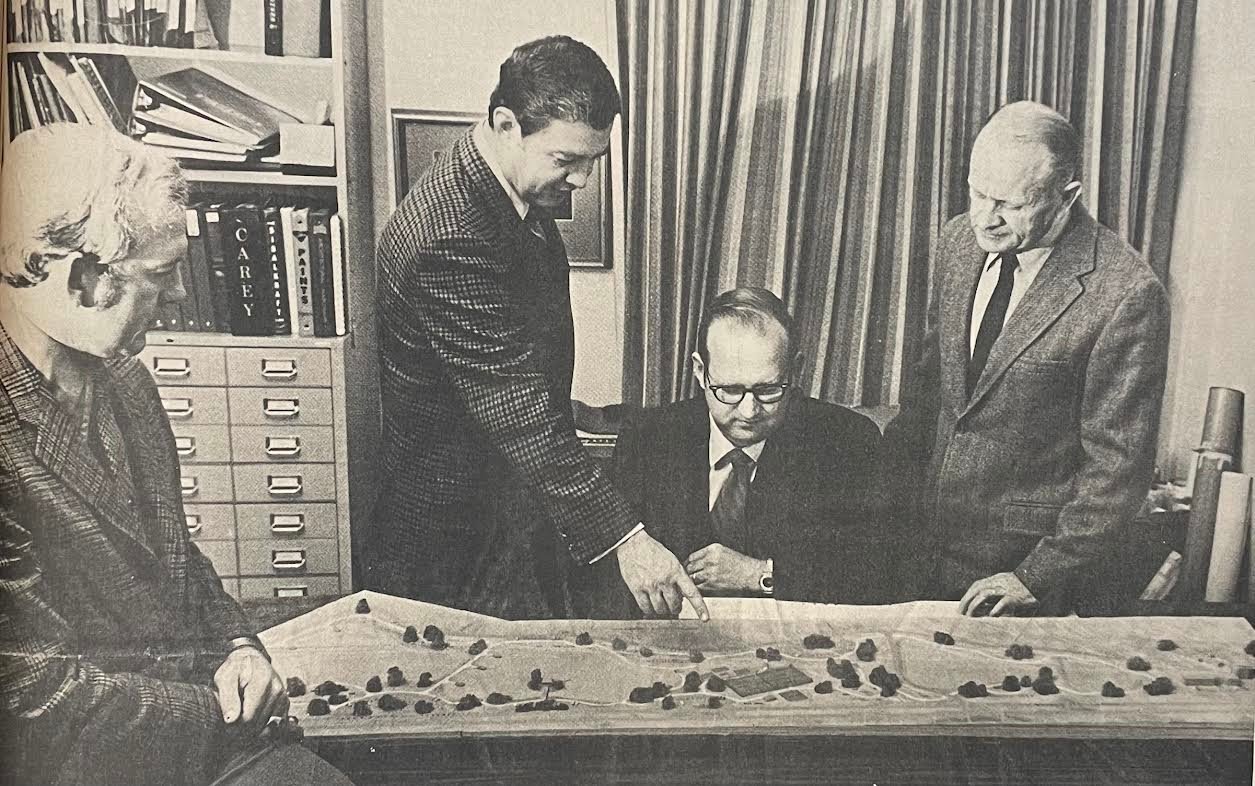 A model of the proposed Frank Harmon Park gets a thorough study by these four persons, all of whom were involved in the plans in some manner. Left to right are Bill Sasser and James Buckley, of the local architectural firm which designed the proposed park; Swainsboro Mayor Roger Shaw; and Ed Schwabe, chairman of the committee which sought to make the park a reality.

The Swainsboro Community House was soon to take on a new look. Swainsboro Jaycette President Mrs. Virgil Wells presented a $100 check to Mrs. Connie Stephens for use toward purchase of new drapes for the community center, which had recently been remodeled. Looking on are Jaycettes Mrs. Billy Edenfield and Mrs. James Moxley.