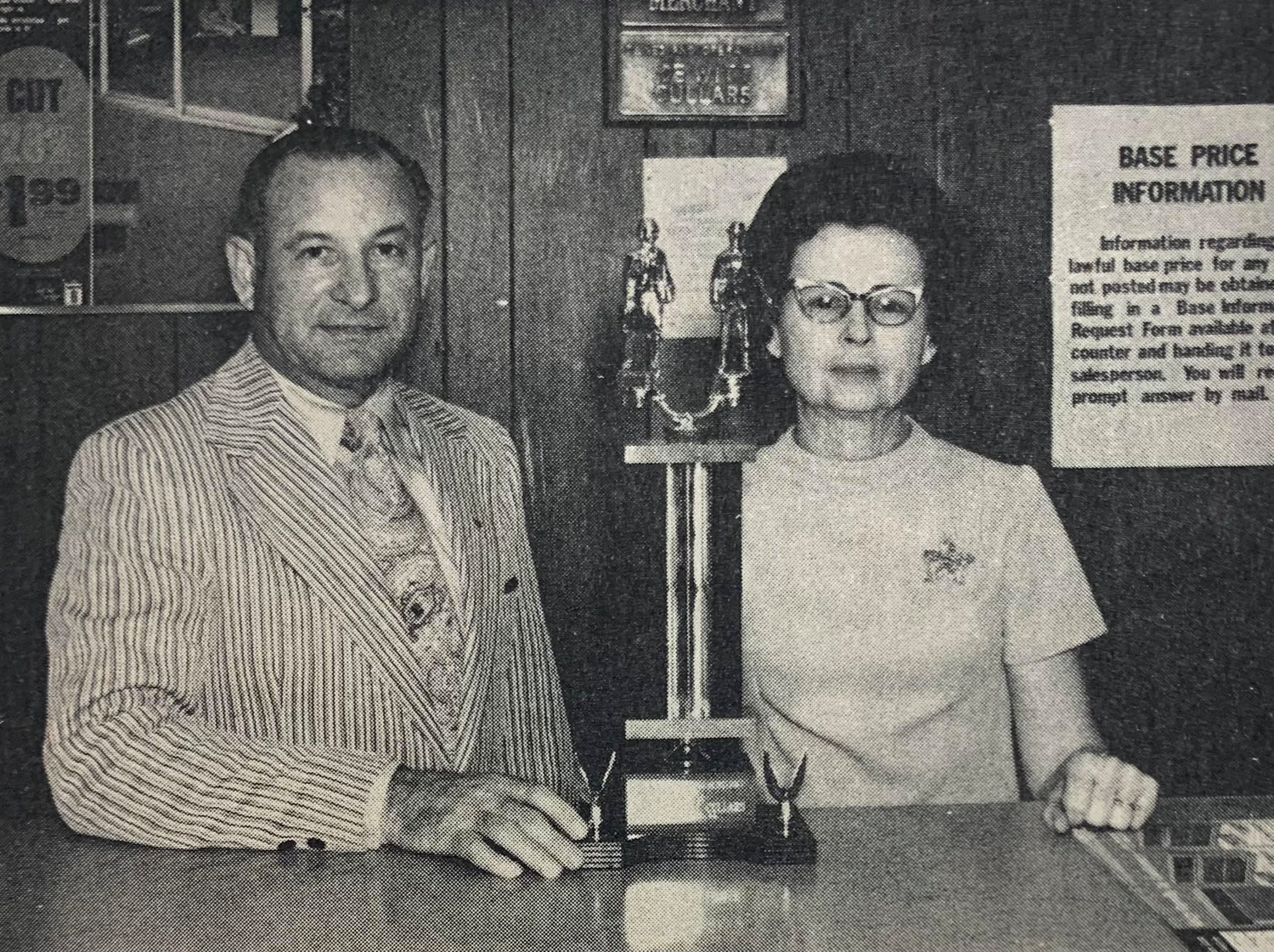 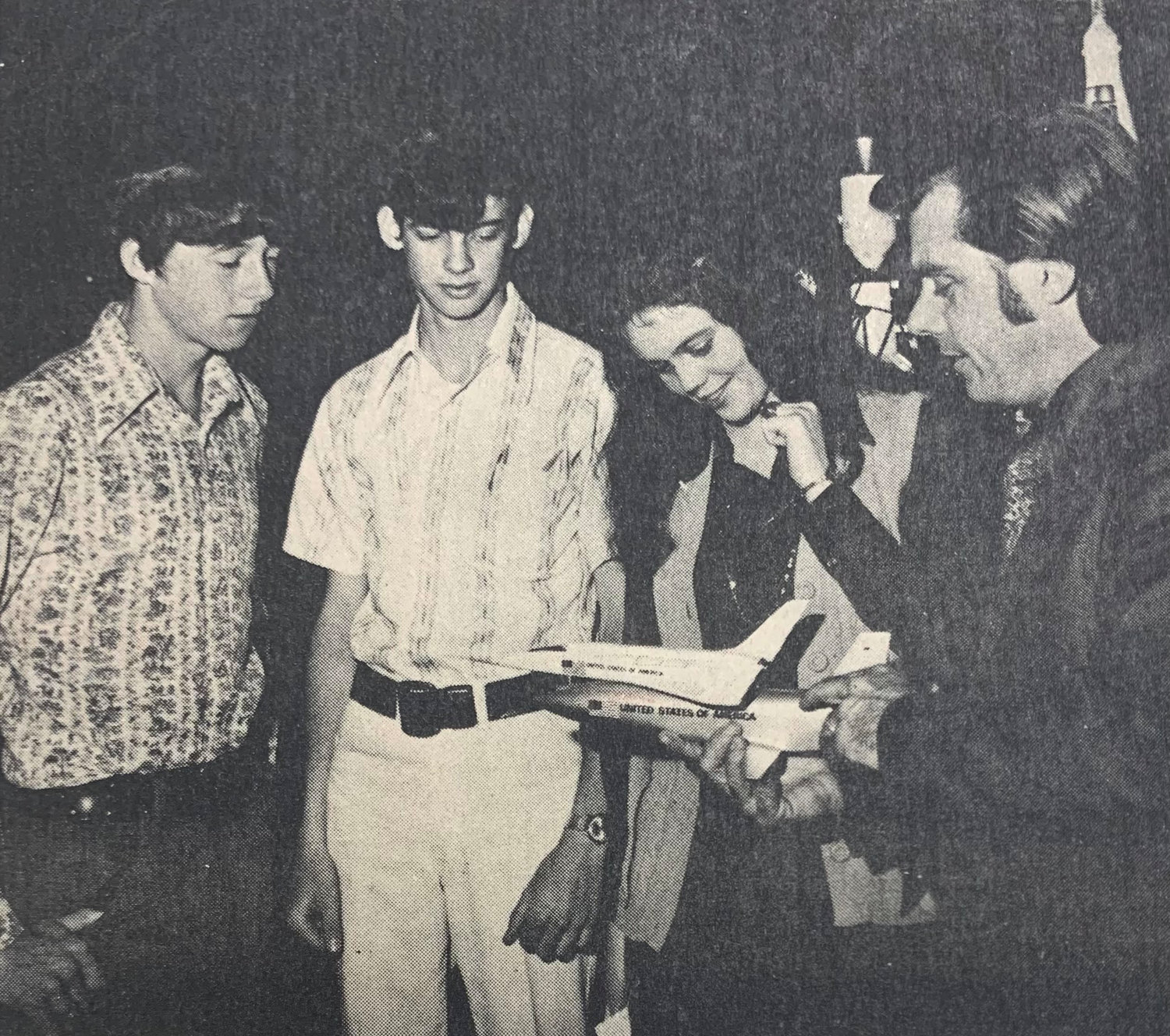 Three Swainsboro High School students discuss the proposed shuttle program of the National Aeronautics and Space Administration with Dick Coup, special representative of the Kennedy Space Center, here Monday. Mr. Coup is in a chapel program on the NASA space probes and later met with science classes at the school for a more detailed study. Shown with Mr. Coup are students Bill Black, Steve blizzard and Sharon Davis. Staff photo by Rogers. 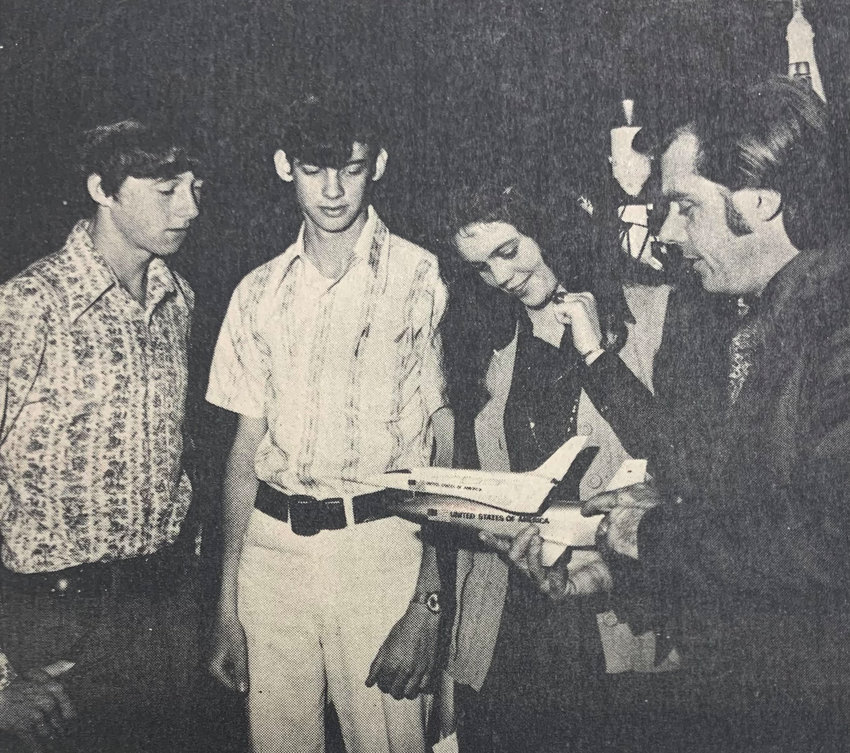 Mr. and Mrs. DeWitt Cullars, owners and operators of the Sears Authorized Catalog Sales store in Louisville are “Merchants of the Year” as selected by Sears as announced at a recent banquet and sales convention in Dublin. They are holders of a trophy, given for best overall performance in store operation in district 4, which comprises some 30 series merchants. Mr. and Mrs. Cullars are former residents of Swainsboro, or Mrs. Cullars was employed by the local Sears store. The Cullars moved to Louisville in 1969. They have a daughter, Debra, student at Middle Georgia College, Cochran, and a son, Glen, resides in Milledgeville. 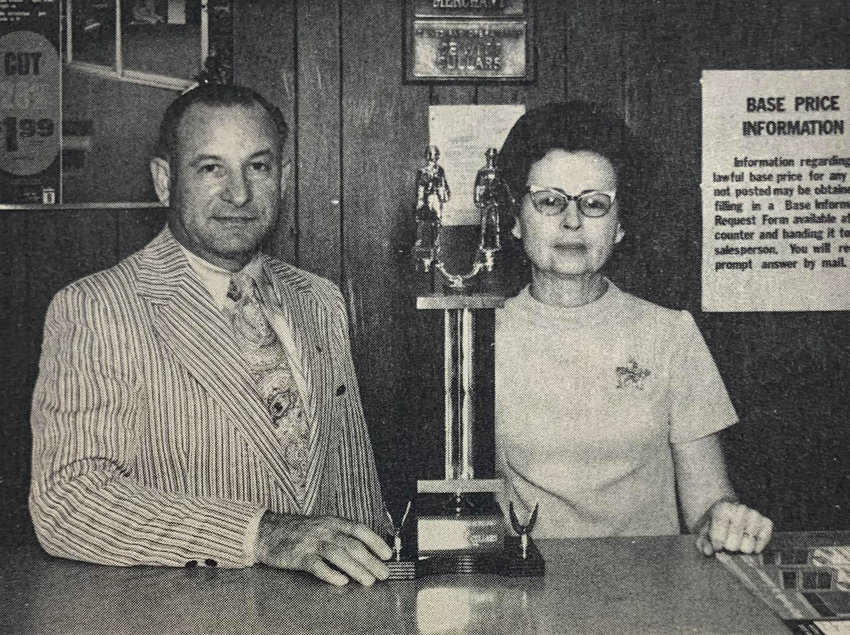