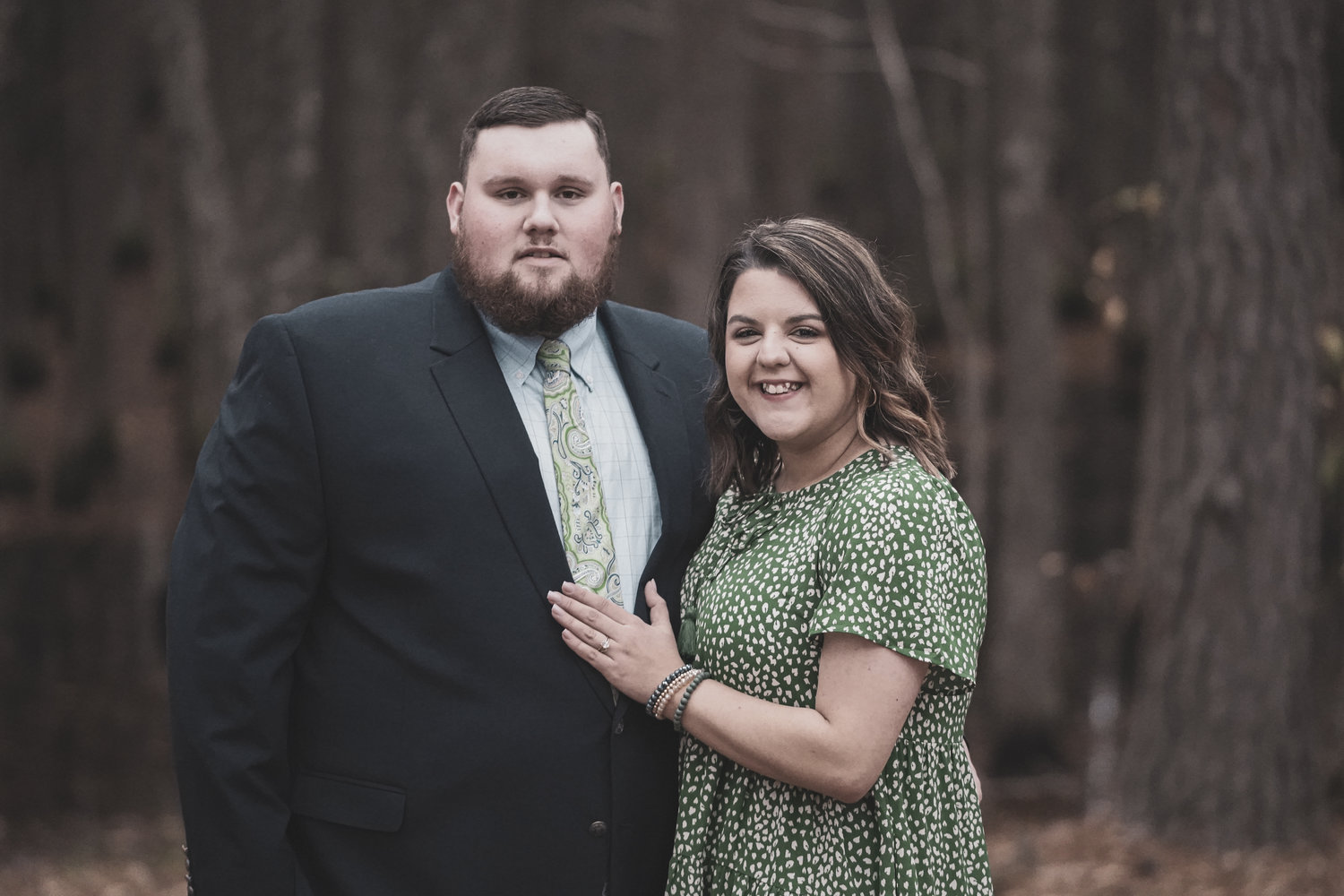 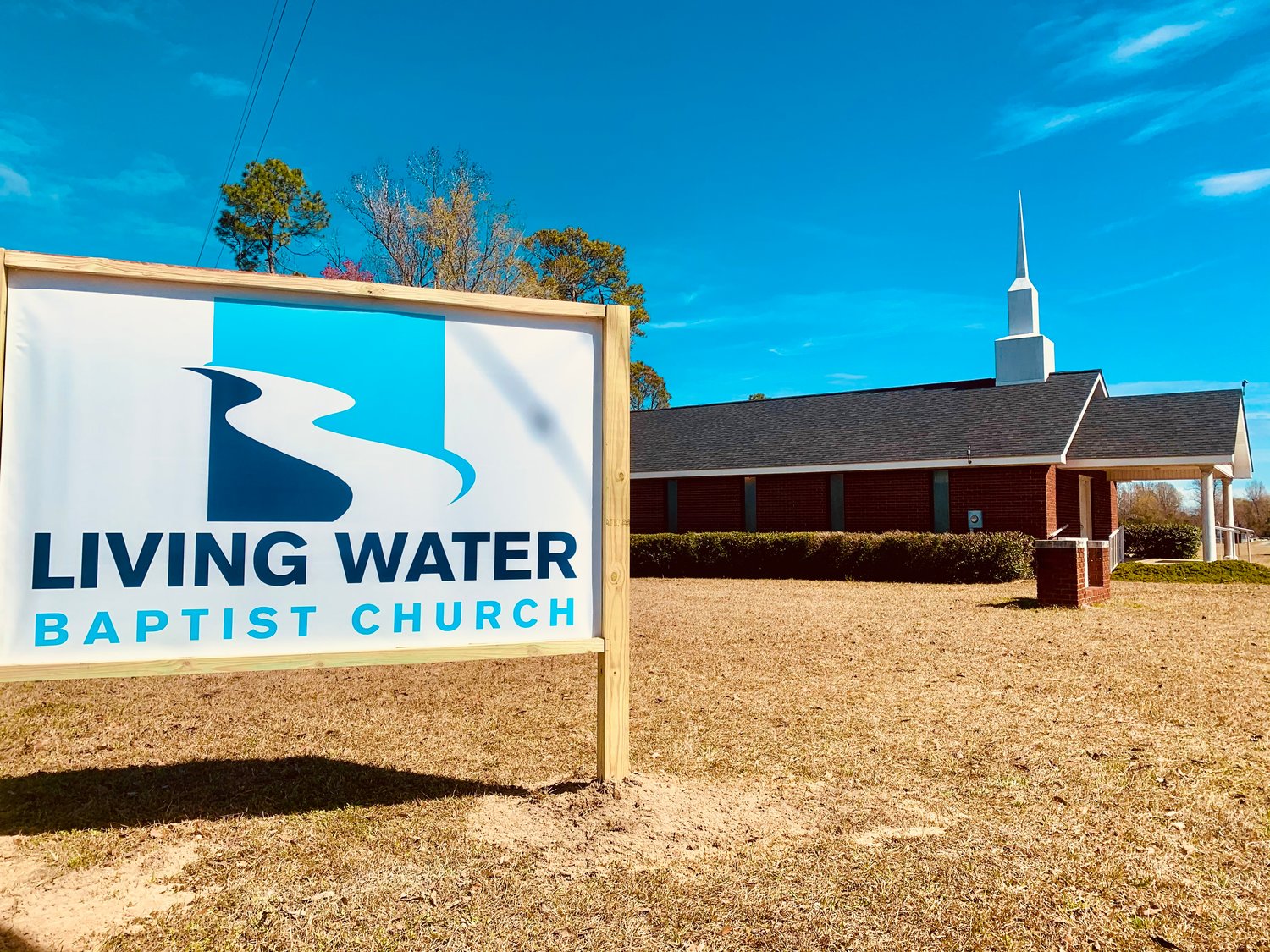 Sometimes you find an altar in the middle of a picturesque sunset, sometimes it's in the middle of an onion field. Sometimes gospel is the sound of a baby’s first cry or the truth behind the words of an unfailing love story. Sometimes a testimony is a weed growing through the dark crack of a busy street. Sometimes you find a chapel in the middle of your living room when you’re overwhelmed and just need a prayer. And sometimes churches are found within people, who cleanse your thirsty soul with love, light and living water. This is the story of a young man born with a cathedral sized heart that’s filled with heaven sized intentions and called to be a messenger of God. Meet 23-year-old Cameron Kennison, a Swainsboro native and most recently, the founder and Pastor of Living Water Baptist Church in Cobbtown. A church, planted with a mustard seed type of faith and deep roots that were watered with a higher love. “It all started when I was younger. My whole life I’ve been around the ministry. My dad has been a preacher for 21 years now, so I've quite literally grown up in the church.” If you’ve ever attended a Sunday service at Southside Baptist Church then you’ve probably met Cameron’s incredible family and his dad, Chad Kennison, who has served as Pastor there for six years now. “I’ve spent late nights sleeping on the pews as a kid while my mom and dad worked.” His mom, Nicole, told me of the times that he would crawl to the altar as a baby, seeing God’s divine order within her son from the very beginning. “We were standing around fellowship one night, and he crawled up there like always but this time, Mrs. Etheridge looked over at me and said, ‘That baby is going to be a preacher one day!’' she recalled. Cameron lived up to that prediction. However, he says that his path to trusting his purpose wasn’t very easy to accept. “To be honest, I never really desired to be in the ministry. It was never something that I was passionate about pursuing. I even struggled on and off with my salvation and relationship with Him. But the Lord used several things in my life to draw me in and show me that it was meant for me.” Things that were life changing for not only himself but many others. “First of all, with His grace and mercy that I experienced in my life from Him and just how He loves me; what He did for me on the cross. That of course pricked my heart and made me want to do more for Him. Then, one Sunday night, the Lord asked me to take part in a mission to Japan, by putting understanding in my heart for people who are in other countries that have never heard of Jesus and his Salvation. The Lord used that to show me the need to share His name and glory. From that point on I just surrendered to him and said, ``Lord, if you want me to be a preacher then that’s who I’ll be for you.” and in 2012 I surrendered my heart to the ministry to really do whatever the Lord wanted me to do.” A testimony that he says could not have been accomplished without the guidance of his Pastor and pillar of strength, his dad. “In the Bible it says, “Many are called but few are chosen.” I was about 14 or 15 at the time and I re-member every time that I began to pray, I couldn’t help but feel that the Lord was stirring in my heart to do something more. So, I went to my #1 mentor, my pastor, and that’s my dad. I said “Dad, how do you know if The Lord is calling you to preach?” and he said this, “If you can do anything else, go do it! I don’t mean just making ends meet or that kind of thing, I mean if you can truly do anything else and not preach and not do ministry, then do it.” That was my assurance.” Unable to ignore the obligations that was set forth for his life, he chased them and has made it a mission to help others find their way home too. “Since that time, I have served in the youth ministry and the music ministry. I've preached in jails, rescue missions, on street corners, nursing homes, Albania,

overseas, anywhere that I could preach." Just as the Lord led this young pastor to witness to the lost and weary hearted, God also led people to seek His word from Cameron, allowing him to help save many precious souls. "There’s a couple of encounters that I keep close in my heart because the Lord allowed me to be there as a witness to help lead them to Him,” Cameron be-gan. “The first person that comes to mind is Cody Parks. At the time, I was in children's minis-try. Cody came to church a few times with Billy Chapman. He played baseball with Billy’s sons, and they were good friends. One Sunday morning, I gave just a simple Bible lesson on the love of Jesus. After service, Cody came to me because he wanted to know more about Jesus. We talked for a little while and through the good Lord’s message I was able to lead him to the Lord that very day. Not long after, the Lord called Cody home and allowed me to preach at his funeral. I’m honored that Jesus and his family let me do that for him. Another, more re-cent encounter, happened in my office. A dear friend of mine and buddy from work was struggling with his relationship with the Lord and questioning if God was real. I was able to do some Bible study with him and one evening while we were there in my office, talking about salvation and being saved and how to know we were saved, I was able to lead him to the Lord. I’ve preached at jails and rescue missions and places like that but some of the most important and special moments were when I was able to help friends and family. The Lord put me in this path and allowed me to lead them to our Savior.” When asked if he feels that it’s hard to get acceptance from members of the congregation due to his young age, Cameron admitted that it isn’t always easy but it’s always purposeful. “That’s when I’m reminded that it’s not necessarily about age but it's a matter of what you have to say. If you have something worth listen-ing to, people are going to listen, and the word of God is always worth listening too. Pastor Mike Norman in Lake City Florida, has always said “If you’ll just get up and start talking sweet things about Jesus, people will come and listen to you.” I’m a firm believer in that. If preachers, no matter their age, just get up and start talking sweet things about Jesus, people will listen. I’ve gone to jails before and have preached to inmates who were 20 and 30 years older than me. Every one of them is filled with experiences from a hard life’s past, and here I am coming into their territory with my nice little shirt and tie on all the while knowing that they know I’ve not lived the same life as them. At first, they don’t want to listen to anything that I have to say, but then when I start talking about Jesus, The Bible, and start giving the word of God, they listen. I do find a challenge in it, very often, but that’s when I’m reminded that there’s nothing within myself that I can do to change the game, all that I can do is offer the word of God and the truth that's in it. It’s nothing within myself, just of what the words of God can offer and what the Holy Spirit will do.” He also explains the many challenges he faced that helped strengthen his faith in his calling. “I can’t do anything but preach. Of course, there are things that I do to pay the bills and keep food on the table but as far as not preaching, I can’t do anything but that! There’s been times that I’ve said, Lord I’ll go to church, and I’ll be faithful in Church, I’ll do right, I’ll be a good husband, I’ll be a Christian man, I’ll stand for you but ministry, I won’t do it. I’ll go do something else. And I try to do something else, then I’m reminded of my father’s words, If

NBIC picks up the pieces from Saturday night’s fire