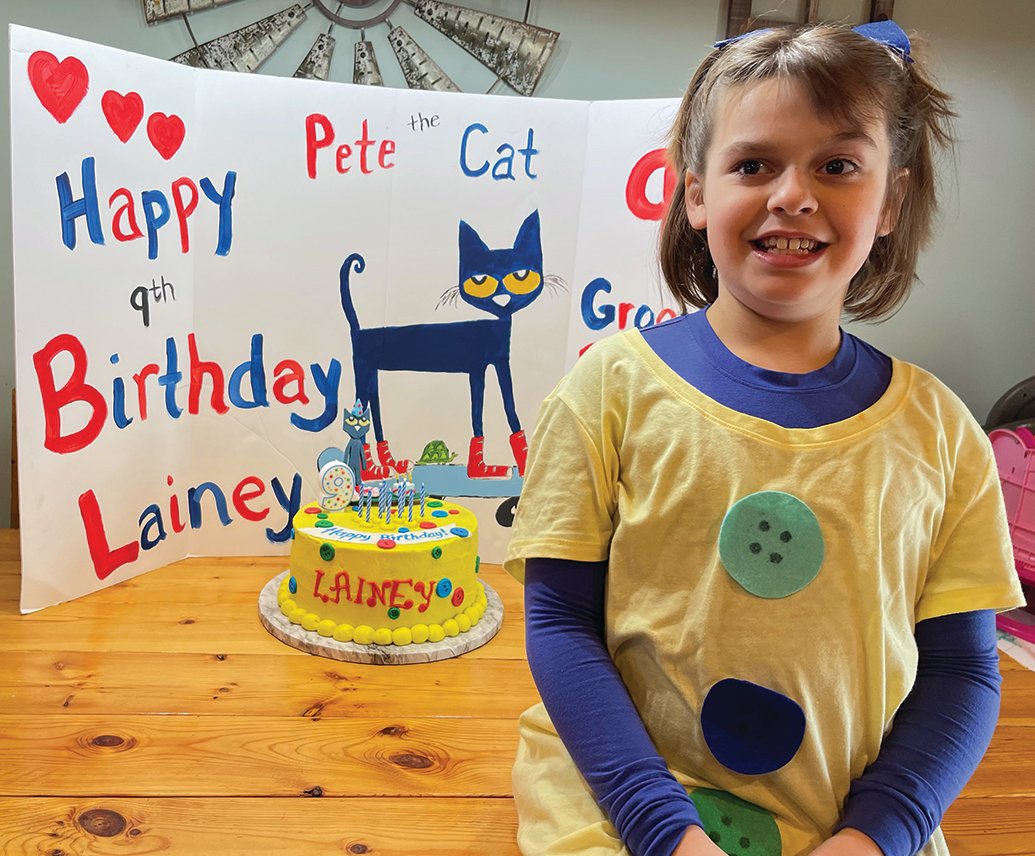 Pete the Cat was the theme used for Miss Lainey Scarboro’s 9th birthday party on Sunday, November 13th. The event was hosted by her parents, Scrap and Heather Scarboro at their home on Stingray Road in Swainsboro. Lainey is a second-grade student at Swainsboro Primary School.

Who is Pete the Cat? He is a fictional cartoon cat created by American artist James Dean. He is friendly, kind, laidback, fun loving, sensible, intelligent, and loyal.

Lainey greeted guests in her Pete the Cat attire. She wore royal blue leggings, a bright yellow short-sleeve shirt over a royal blue long-sleeve shirt with four large buttons in the primary colors of red, blue, green, and yellow. She had royal blue triangle cat ears in her hair. This Pete in particular, is taken from the book, Pete the Cat, and his Four Groovy Buttons.

Since it was too cold for outdoor dining, guests were invited inside for grilled hamburgers, hot dogs, and the trimmings. Finger foods were also served.

The dining table was set up for Scarboro’s gifts as well as her Pete the Cat birthday cake. The delicious chocolate cake with bright yellow cream cheese icing was made by Mrs. Janie Williamson of Swainsboro. Atop the cake was nine candles and the number 9. The sides and top were adorned with red, blue, green, and yellow buttons.

Lainey received many fun and educational gifts. Her favorite was a toss-up between window suncatcher art and a bucket of slime that was given to her by her maternal grandparents, Kris and Sheila Porcel of Swainsboro, better known as MeMe and PeePaw. Assisting Lainey was sister, Leanna and brother Luke.

Paternal grandmother Is Wanda Scarboro of Swainsboro and the late Wayne Scarboro.