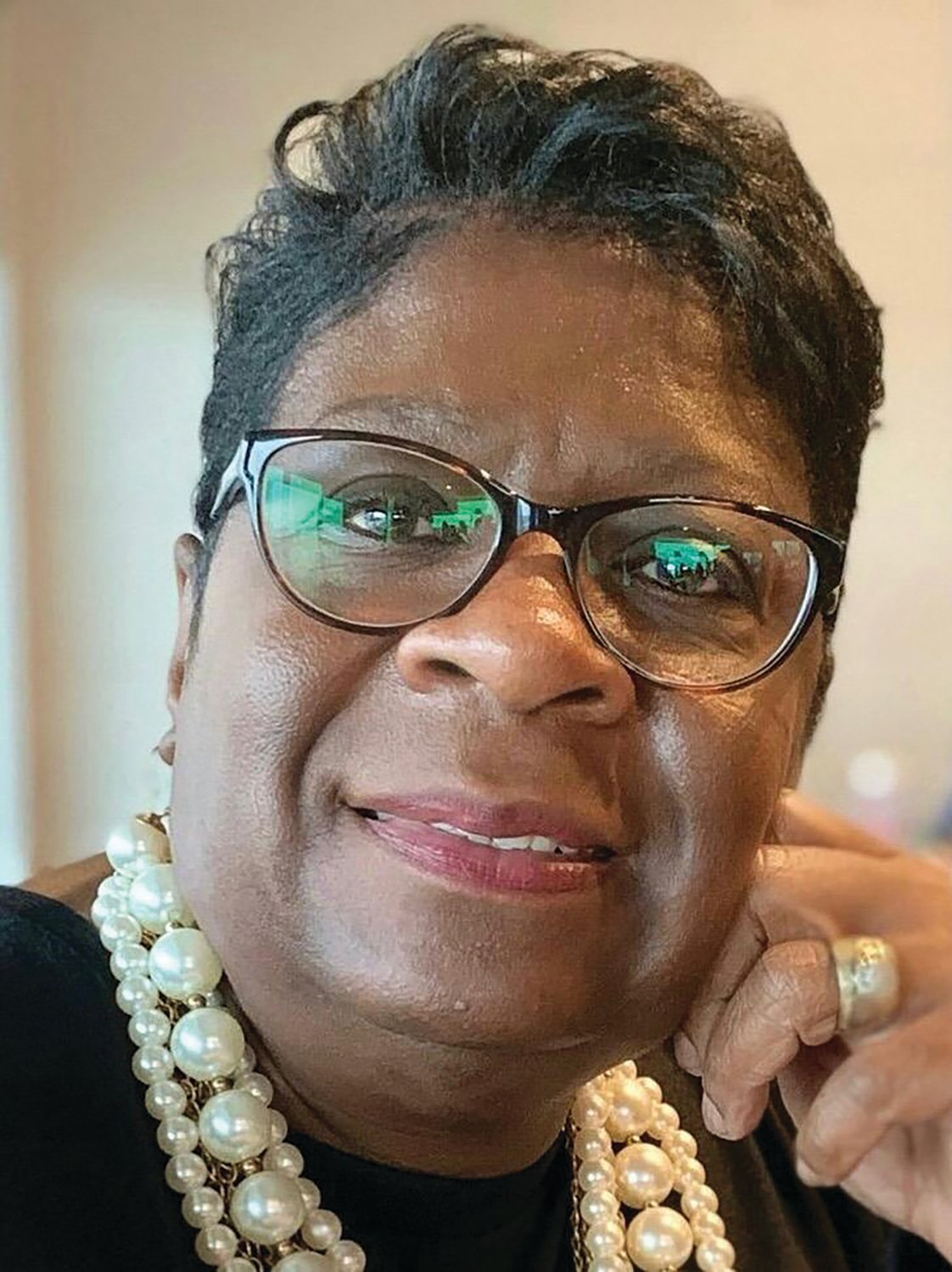 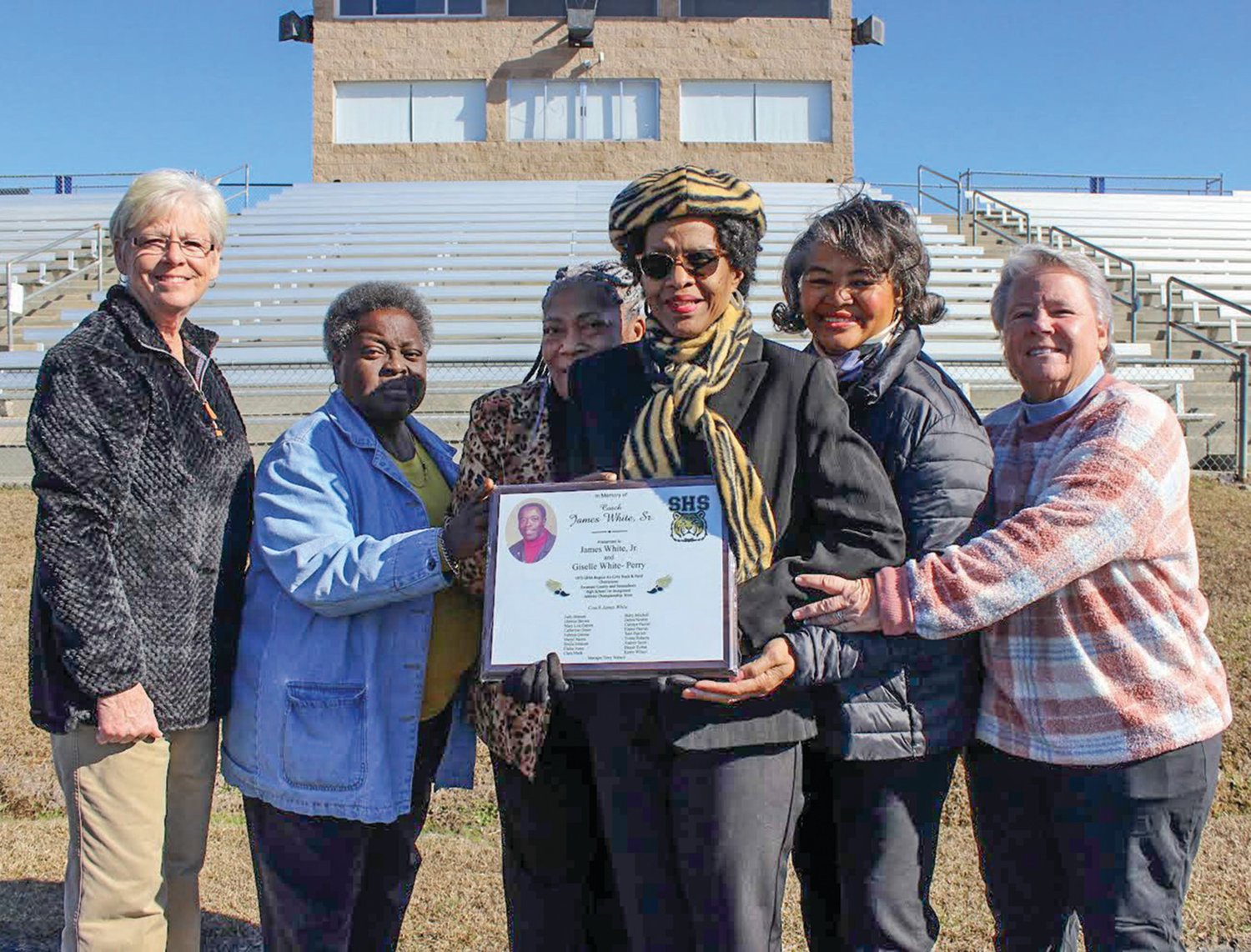 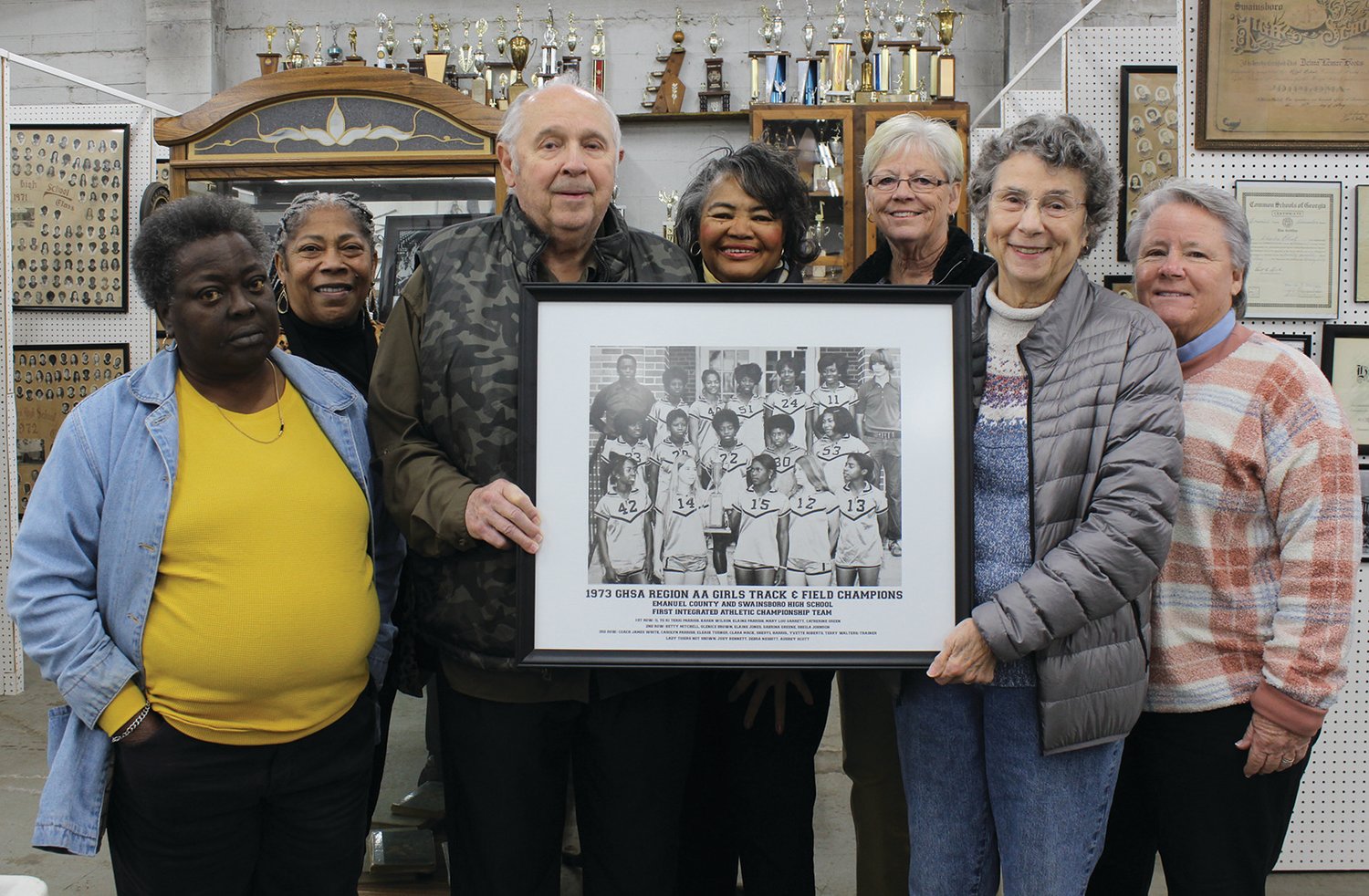 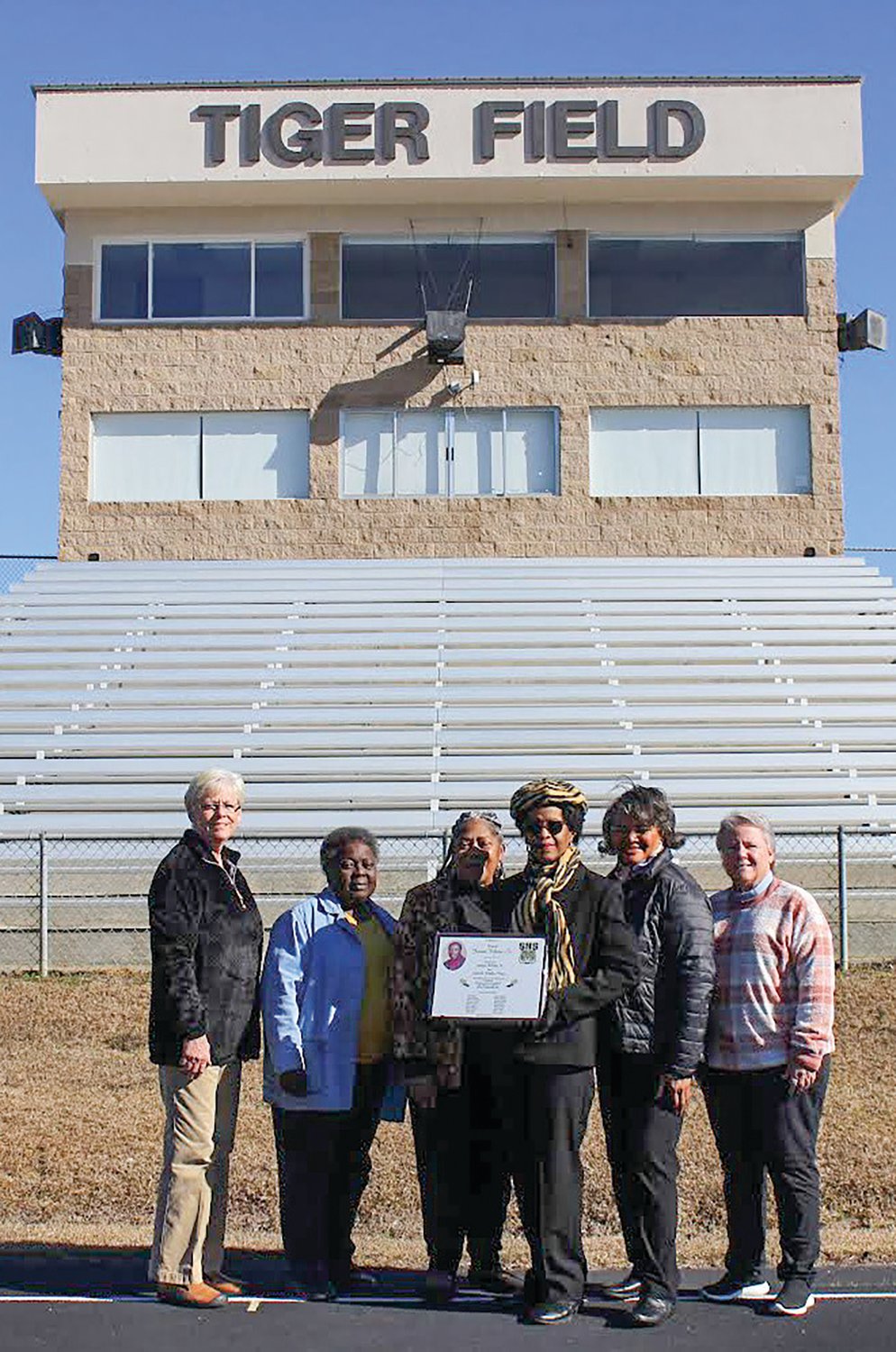 Previous Next
Posted Friday, January 6, 2023 11:49 am
by ELEASE TURNER AND ELAINE JONES CONNOR

The journey to give the long overdue honor and recognition to the historic team of the 1973 State Track and Field and 1st Integrated championship team of Swainsboro High School and Emanuel County coached by Legendary Coach James White, Sr. began after the reunion of two Swainsboro High 1975 graduates: Elaine Jones-Connor, a member of the championship team, and Al Lawson, former City Administrator of Swainsboro.

The legacy of Coach White Sr. and the 1973 region AA State Girls Track, and Field Champions is recorded and can be viewed by visiting the Athletic Archives of the Georgia High School Association (GHSA) in Thomaston. Also, several members of that championship team recently presented a 20 x 24-in picture of the championship team to George and Missy Elder to be kept in the archives of the Emanuel County Historical Preservation Society’s Farm and Home Museum, located near the Fairgrounds in Swainsboro, so past, present, and future athletes and visitors can view a significant part of the history our city, our county, and our state.

On June 7, 2017, Councilwoman Rita Faulkner (District 6) hosted a brunch at The Edenfield House to honor the championship team. Later that evening, the Swainsboro City Council, Mayor Charles Schwabe, and City Administrator Al Lawson recognized and congratulated the champions and unveiled new signage to be placed at Swainsboro’s city limits in honor of the 1973 GHSA Region AA State Girls Track and Field Champions.

After that event, teammates Elaine Jones- Connor, Elease Turner and Carolyn Parrish-Pittman continued to communicate with the other teammates about honoring Coach James White in additional ways for his nurturing coaching style and its pivotal role in creating a pathway to become champions for life. His coaching was an extension of the good family morals and values of Respect, Discipline, Obedience and Perseverance to a pathway to become champions for life. He instilled the meaning of good character as each team member representing herself, her family, her school, her community, and the state of Georgia, on and off the field. During that time in our history, integrating our schools was a challenge. However, with Coach White’s leadership, the girls trained together, prayed together, and played together as a TEAM, transcending those barriers. They forged a bond and have remained friends during the passage of the past fifty years. Indeed, they have become champions for life.

These were the special messages that were shared by teammates in honor of their late coach:

“It was a privilege and honor to play sports under coach James White Senior leadership.” Carolyn-Parrish Pittman said

“It was an honor and privilege to make footprints on the track and field with my championship teammates for a champion coach, coach James White, Sr.” Glenice Brown-Wynn said.

“I first met Coach White when I attended Summertown Elementary. His wife was my first-grade teacher. Back then we had field day, where we competed against other schools in athletic events. Coach saw our potential and told us then that once we came to Swainsboro High to be ready because we were his future athletes. As promised, he did just that. He was more than a coach to me, he was my mentor and for that, I am truly grateful.” Sheila Archie said.

“Looking back, we definitely had the right attitudes and were dedicated to the sport under the leadership of Coach James White, Sr.” Elease Turner said.

“In honor of a dedicated, encouraging, passionate mentor, teacher, leader and champion coach, Coach James White, Sr. I am grateful for the skills he taught us, the winning mentality, and the spirit he gave us, the opportunities he helped us seize and the push to persevere, on and off the field, he instilled in us. His champion presence always reminded us to not just participate on the track & field but to compete to win. As a result, he was at the finish line to greet us as the 1973 GHSA Region AA Girls Track & Field Champions. For that and so much more, I am beyond grateful.” Elaine Jones Connor said.

“The White family is very grateful for the admiration and love shown to our Daddy in life and beyond. He loved this community and its people and wanted only the best for the students whose lives he touched. We can all honor his life and memory, building on his legacy, by doing what we love, doing our best at whatever we do, and then, pass it on.” Coach White’s daughter, Giselle White-Perry, said.

Undisputedly Coach White had a winning legacy. According to his biography, between 1960 and 1993, Coach White’s boys and girls track teams won numerous district/region titles, and four state titles-earning him the “Georgia Athletic Coaches Association Coach of the Year” for several consecutive years. In 1981, the National High School Athletic Coaches Association named Coach White its “National High School Girls Track Coach of the Year” in a ceremony in Biloxi, Mississippi.

Needless to say, it is indeed an honor and a privilege for the 1973 State Track & Field and 1st Integrated Championship Team of Swainsboro High School and Emanuel County to come together to honor Coach White’s winning legacy by presenting a memorial plaque to his son, James White Jr. and his daughter, Giselle White-Perry.

The legacy of Coach and the team members that are no longer with us, Catherine Green #13, Elaine Parrish-Saunders #15, and Sabrina Greene-Rosario #30, will never be forgotten as Champions.