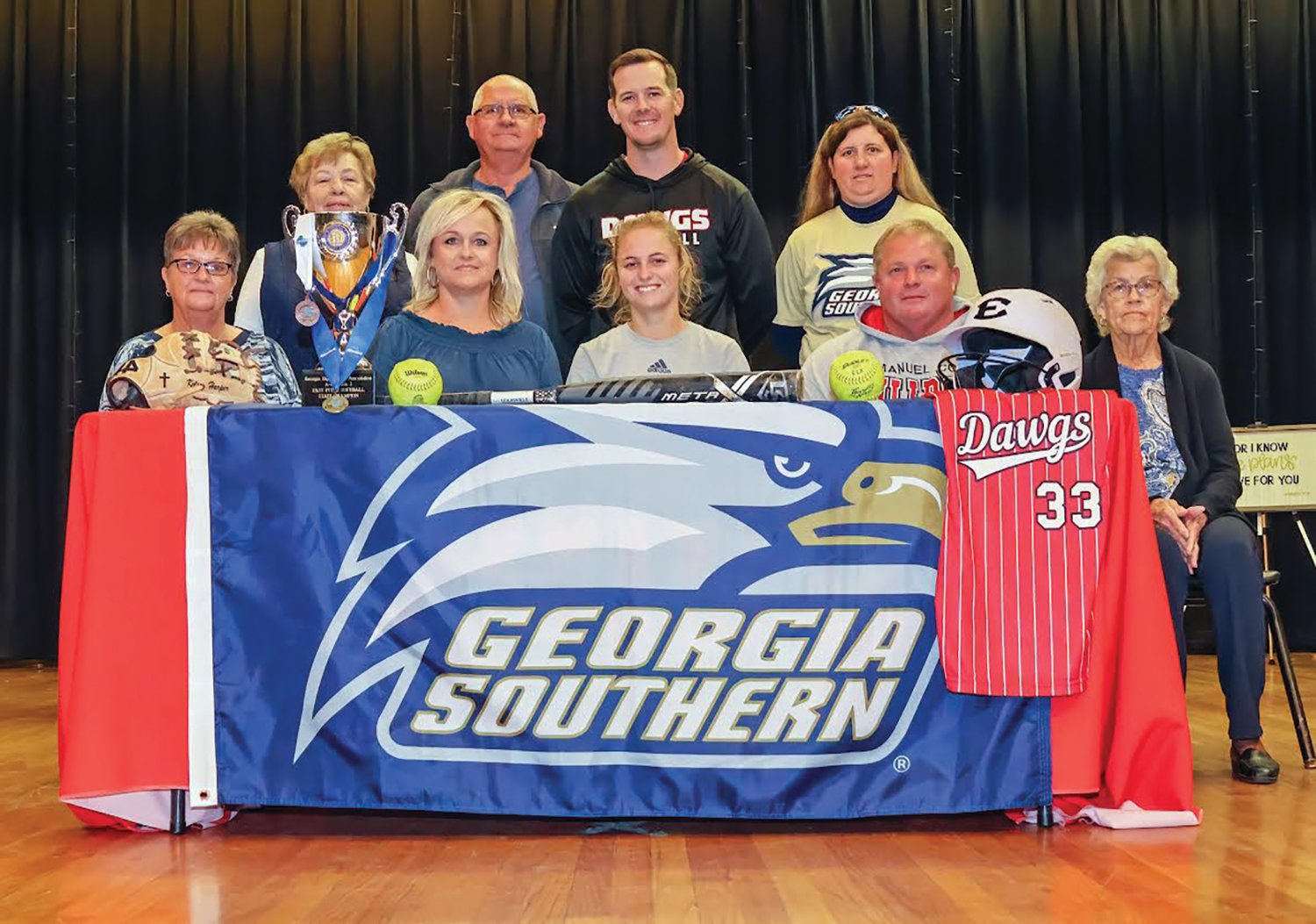 In front of her teammates, senior class, family and coaches she made it official last week, inking her name to play for the Eagles next softball season.

Although sending several players to the next level in the past, Kelsey is the first Lady Dawg who will be playing at the D1 level of college softball.

The four-year starter at shortstop has had a stellar career for the Lady Dawgs.

“The Vacuum”, using her speed to cover a wide area, was not credited with an error this season. She ended her 4-years as a Bulldog this season with a career .950 fielding percentage.

Harper was also a menace at the plate and on the bases using that speed to stretch several hits into triples, leading the team with six this season and 14 stolen bases. As the leadoff batter for the Bulldogs, she also was second in RBI with 20 this year.

Kelsey batted .360 this year and with 114 plate appearances, she only struck out 11 times.

Harper ended her career with a .361 batting average, 86 RBI, 42 stolen bases and striking out just 35 times during 4 seasons.

Head softball coach Frank Wimberly has this to say about his shortstop. “She is the player I get asked about all the time from other coaches around the state. They are just blown away with her ability to make plays. In four years, never a bad attitude, never any bad body language, never asked what her stats are and never not giving 100%. Kelsey has only ever cared about playing hard and doing what is asked of her!”

The Bulldogs wish Kelsey much success in her Georgia Southern athletic and academic career.