Faircloth named All Region and All State Player of the Year 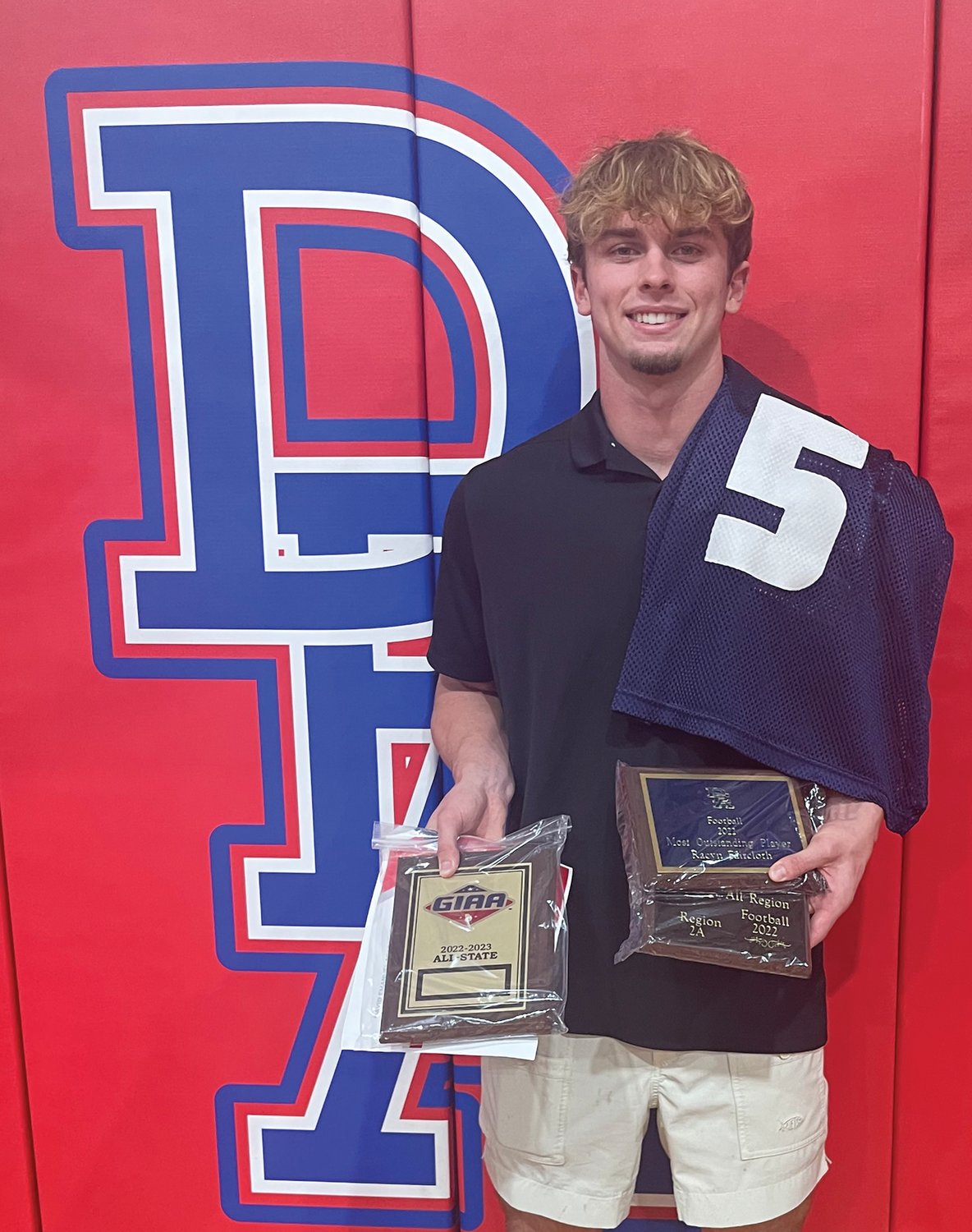 At David Emanuel Academy’s Sports Banquet Monday night, December 5, Racyn Faircloth was the only player at DEA chosen to play in the GIAA All Star Football game this Friday night in Macon. He was also chosen as the GIAA 8 man Football Player of the Year. Faircloth also received All Region and All State and was chosen as Most Outstanding Player.

He is the son of Ben and Shana Faircloth of Swainsboro. His grandparents are Danny Wayne and Karen Faircloth; Butch and Jan Henry; and Mark and Angie Hudson.