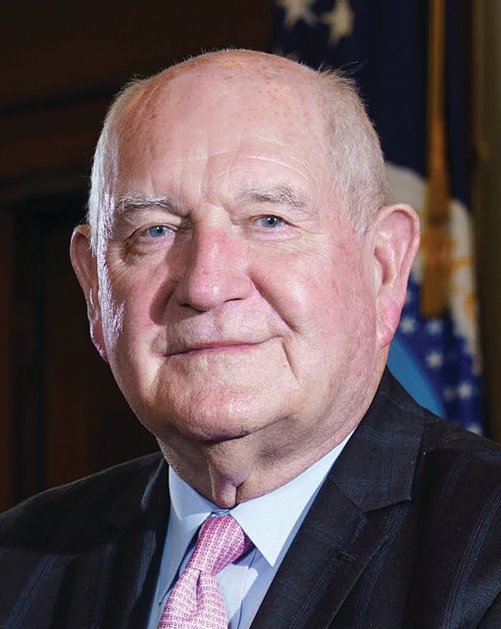 East Georgia State College (EGSC) is excited to announce the return of the Vision Series in September. University System of Georgia Chancellor Sonny Perdue will be the speaker for the event. EGSC faculty, staff, students, and the community are invited to attend Thursday, September 22, at 7 p.m. in the Luck Flanders Gambrell Building on the campus of EGSC in Swainsboro.

The Vision Series at EGSC is an initiative that brings programs of intellectual and cultural enrichment to the College and its broader constituency. Since its inception, the Vision Series has hosted outstanding personalities, authors, newsmakers, musical performances, dance companies, and theatrical productions. Through sponsored field trips, students and community members have opportunities to attend exhibitions and dramatic productions, not only in Georgia, but in neighboring states, as well.

Chancellor Perdue will be speaking about his current role leading the university system as well as his time in office as a public servant. The Board of Regents named Perdue the 14th chancellor of the University System of Georgia effective April 1, 2022. He oversees 26 public colleges and universities with a $10.3 billion annual budget, 48,000 faculty and staff and more than 340,000 students. Prior to becoming chancellor, Perdue was the 31st Secretary of the U.S. Department of Agriculture (USDA) from 2017 to 2021. He also served two terms as the governor of Georgia, from 2003 to 2011, and was a member of the Georgia Senate from 1991 to 2001, where he chaired the Senate Higher Education Committee and eventually became Senate President Pro Tem. As Agriculture Secretary, Perdue managed a workforce of 110,000 employees with the stated objective of being the most efficient, effective, and customer-friendly agency in federal government. This included stabilizing the food supply chain during the COVID-19 pandemic and launching the Farmers to Families Food Box program to ensure the most vulnerable Americans were fed. As governor, he reformed the state budget and focused on eliminating wasteful spending while Georgia faced unprecedented twin recessions. His fiscal management during those eight years prepared Georgia to excel when revenues returned and allowed Georgia to maintain its Triple-A bond ratings. During his term, high school graduates in Georgia posted the highest graduation rates and SAT scores in state history. His tenure in the state Legislature came at a time when lawmakers worked with Georgia Gov. Zell Miller to craft one of the most innovative higher education programs in the nation, the HOPE Scholarship. Perdue in his role as higher education chairman also helped recruit USG Chancellor Stephen Portch to Georgia. This work reinforced a passion for higher education that continues today, including a commitment to maintaining the connection between a world-class university system and economic success for the benefit of the state and all Georgians. Born in Perry, Georgia, and raised on a farm in Bonaire, Perdue is a veterinarian and agribusiness owner who graduated from Warner Robins High School and earned his Doctor of Veterinary Medicine degree from the University of Georgia. He is also a veteran, serving four years in the U.S. Air Force. He is married to the former Mary Ruff, also a UGA graduate. They have four children, 14 grandchildren and have served as foster parents for eight children awaiting adoption. The event is FREE and open to the public. To stay up to date on other Vision Series events, visit https://www.ega.edu/about/arts/vision-series.html. For more information about the event, contact Harley Smith at hdsmith@ega.edu.