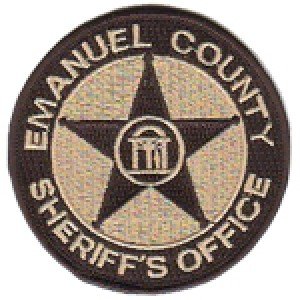 Deputy responded to Keas Church Cir. for a burglary. Complainant showed deputy that his shed and barn/garage had been broken into. Deputy observed there to be damage to both doors appearing to be forced entry. C/p was unsure of what was taken except for possibly a crowbar and bolt cutters.

Complainant stated while traveling on Lambs Bridge Rd. he did not see the tree and powerline laying in the roadway until it was too late, causing extensive damage to the passenger side door of his vehicle.

Complainant stated he is the property manager of residence on Hwy 1 South and has recently noticed someone went inside one of the storage units and stole a mig welder, air compressor, and construction heater. C/p stated nothing was damaged due to the storage building just having a turn knob on the door to gain access to the building. C/p advised a witness just became the admin of the estate for known subject. C/p did not have any description of the stolen items at the time but stated the victim had taken photos of the property when she took over as admin. C/p also stated one of the doors on the rental units was also damaged like someone tried to kick it down.

Complainant called about 2 trees falling on a fence on her property due to her neighbor using the trees as a target. C/p estimated there to be appx. 60 feet of damage.

Complainant called ECSO and sated she needed to file a report about her neighbor that lives 2 doors down placing an object in her yard and she believes it is stolen.

Complainant stated that while traveling she believes her tag on her vehicle came off and she was unable to locate it.

Deputies were dispatched to Dollar General in reference to a tractor being taken from the location. Complainant stated that he and offender agreed that offender would give c/p 10 loads of fire wood and in return, c/p would give offender a tractor. After the agreement, both parties split ways and offender went to c/p’s residence and took the tractor while c/p was not home. Deputies went to offender’s residence and he stated that he and c/p agreed to trade a tractor for 10 loads of fire wood but the fire wood is in Vidalia and it would be picked up on 1/6. Deputies mediated the situation and offender returned the tractor to c/p.

Deputies were dispatched to Hwy 297 in reference to house mates arguing.

Deputies responded to Lindsey Rd in reference to a possible prowler. Deputies met with complainant who stated who she suspected the unknown offender to be and that he knocked on all of the doors and windows and stated she was going to die. Deputies searched the area but had negative contact with suspect or anyone walking. Deputies then met with c/p’s grandson and advised him of the incident. C/p’s grandson advised deputies that c/p seems to be suffering from Alzheimer’s but he would stay with her for the night and would look into installing security cameras around c/p’s residence.

Deputy met with complainant at ECSO in reference to a report.

Deputies were dispatched to assist a power company with a lane closure.

Deputy was dispatched to Roy Woods Rd. in reference to an attempted break-in. Complainant advised someone broke the deadbolt on the side door of her residence resulting in it being unable to open and damage to the door seal. There was also a storm screen broken on a window beside the door. C/p advised that she believed it was a known male subject because he had broken into the house earlier in the day and stole some pain meds.

Deputies assisted GA DNR with a conservative offense. Offenders were cited and 6 deer were confiscated.

Deputies arrested offender for an outstanding child support warrant. After the arrest, suspected meth and smoking pipe was located in offender’s pocket.

911 dispatched a call to Pearl Rd. in reference to someone being in the house and the victims were barricaded in their bedroom. Upon officer’s arrival, deputy spoke with both victims who stated that they had gone just before deputy’s arrival and that both victims were laying in bed and she got up to get something to drink and observed 2 figures in their kitchen. She then ran back to the bedroom and got victim up and pushed a dresser in front of the door. Victim also stated he heard voices from on the other side of the door and could also hear what sounded like a cell phone ringing. Victim said she could recognize one of the voices and that was of the offender.

Deputies met with both complainants on Ivey Roundtree Rd. in reference to a health and welfare check of witness. Contact was made with witness via cell phone during which time witness stated she was ok and did not want to leave.

Deputy spoke with complainant at TCPD and stated another vehicle struck her vehicle on Lambs Bridge Rd. C/p stated she did not get any identifying info off the suspect vehicle. Deputy observed there to be functional damage to the rear end driver’s side. C/p stated they left the scene of the accident, drove to the PD, drove to a nearby store, and then back to the PD to wait on law enforcement arrival. Deputy was never on scene of the location of the supposed accident.