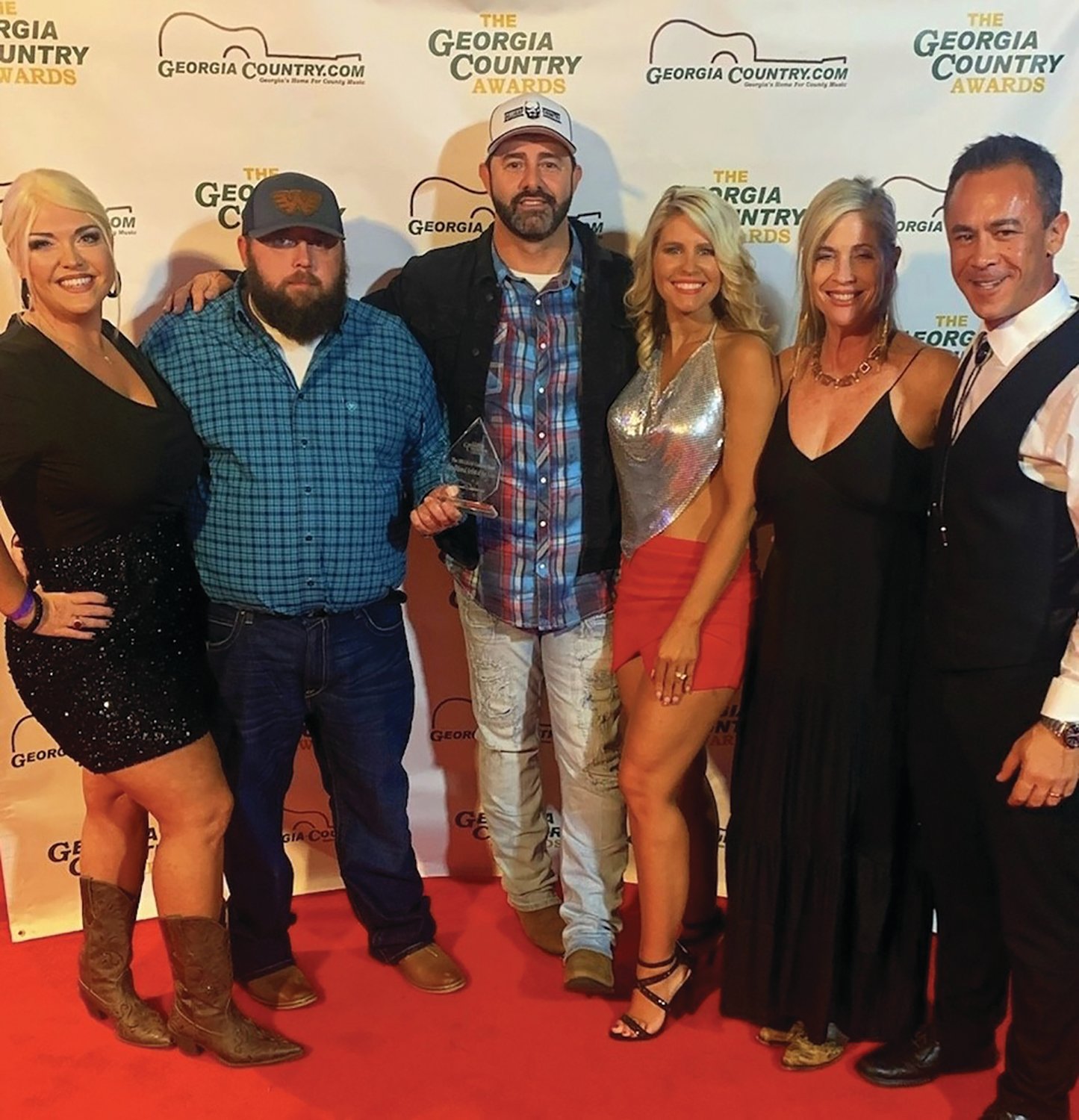 DILLIGAF, a country music band with roots in Tattnall County, won Traditional Artist of the Year at the 2021 Georgia Country Awards on November 12.

DILLIGAF Country started late in 2017 with Donny Rowell of Reidsville on rhythm guitar, Michael Cain of Bulloch County on lead guitar, Frank Sherrod of Bulloch County on drums, Dave Wallace of Montgomery County on bass, and Michael Clements of Emanuel County on acoustic guitar and vocals. Clements’ wife, Stormy Clements, is the band’s social media and booking manager. In addition to their award this year, the band was named the 2019 Georgia Country Awards Band of the Year. These awards are voted on by fans, and DILLIGAF would like to thank those who voted for them.

The band covers mainly the 90’s country and most of the top traditional artists. They have been working on releasing a few originals and look forward to sharing those with fans.

“We pride ourselves in the diversity of our set list and being able to play to the crowd and still stay true to ourselves,” Clements said. “There is beauty in knowing you play with a group of guys who just love what they do and live to play. The money has always been just a bonus to set the gear up and tear it down; we always say we play for free.”

DILLIGAF is set to headline the Wiregrass Festival, presented by the Greater Tattnall Chamber of Commerce on December 11. A time of performance has yet to be announced.

“We plan to continue playing good music and playing it our way for years to come,” Clements said. “Some members come, some members go, but the core and spirit are going to always be the same. We play for the love and fun it brings, and I can promise, I will always find time to dance at a show.”