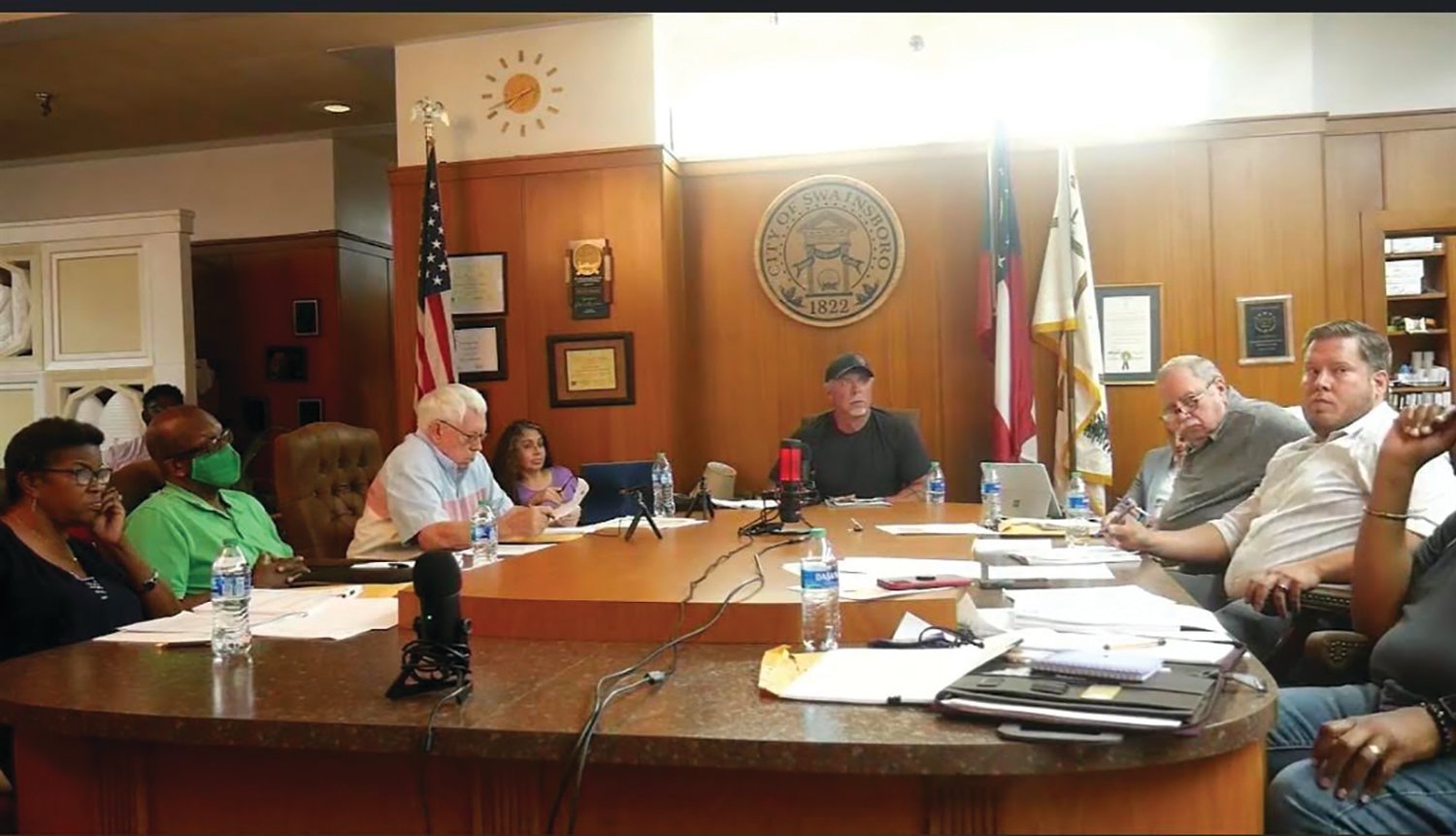 Members of Swainsboro City Council and Mayor Greg Bennett convened for a meeting on Monday, August 15, at 6 p.m. at the city hall. The meeting was called to order and Bishop Bertha Jones gave the invocation that was followed by the pledge of allegiance. Minutes from the July 18 and July 21 meetings of City Council were presented for review. Dr. D.J. Davis requested that an amendment be made to the July 18 meeting minutes for better clarity. He then made a motion that unanimously passed to accept minutes presented from the July 21 meeting. In a second action, Dr. Davis motioned for amendments to be made as requested for the July 18 meeting. This motion also passed on a 6 – 0 vote.

Moore discussed other issues faced by shelter employees that included a need for the city’s dog ordinance to be reviewed and updated to be more suitable for needs of the city and county. She advised that due to a former volunteer rescue coordinator not complying with releasing contact information to the shelter for rescue transfers, that there has been a spike seen in shelter intakes and the maximum occupancy level has been met and exceeded, leading to euthanizations as an only solution. Due to an intake limit set in place, the shelter can lose its license if numbers are too high. According to SPD Chief Ellison, the current maximum intake for the shelter is set at 40, but the facility is allowed up to 50 intakes, and the shelter has received numerous calls on dogs at large that can’t be responded to due to lack of room available for placement. Numbers were provided for shelter operations that included 21 adoptions being made since July 13, with an additional four adoptions pending as of Monday.

Moore discussed possible options to resolve this issue, which included the installment of additional kennels, paying fees to alleviate associated pressure from being maxed out, the need to hire a third staff to increase the numbers of approved maximum intakes, the need to obtain contact information for rescue assistance, revision of the city’s dog ordinance as well as implementing foster services to help clear room at the local shelter and further promoting responsible pet ownership and animal cruelty prevention. Moore was advised that possible options would be looked in to and she was requested to return to next month’s meeting for further action/discussion to be entertained.

The meeting then concluded with no action taken to enter executive session or adjournment.