Bulldogs Lose to Trojans in Overtime 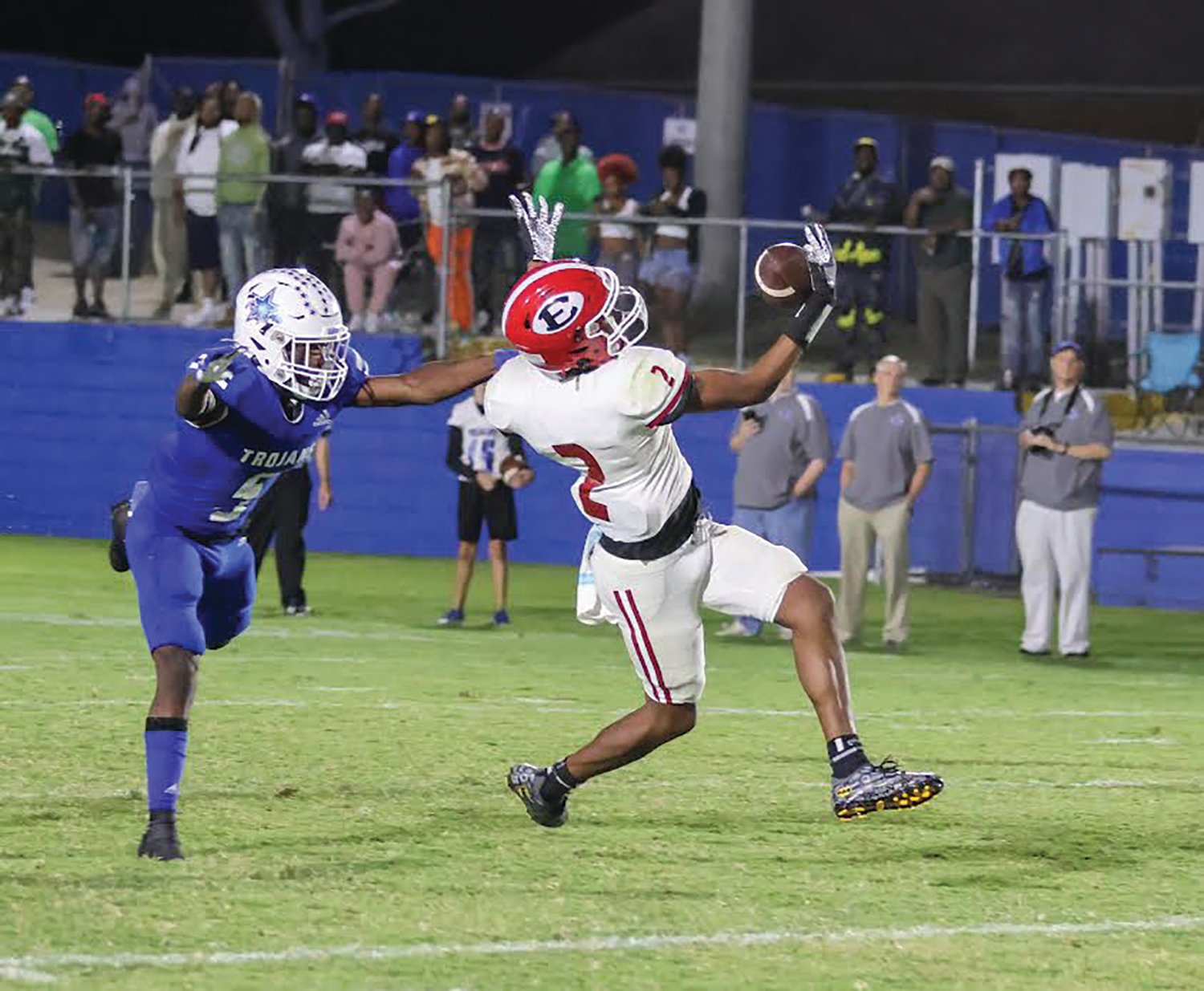 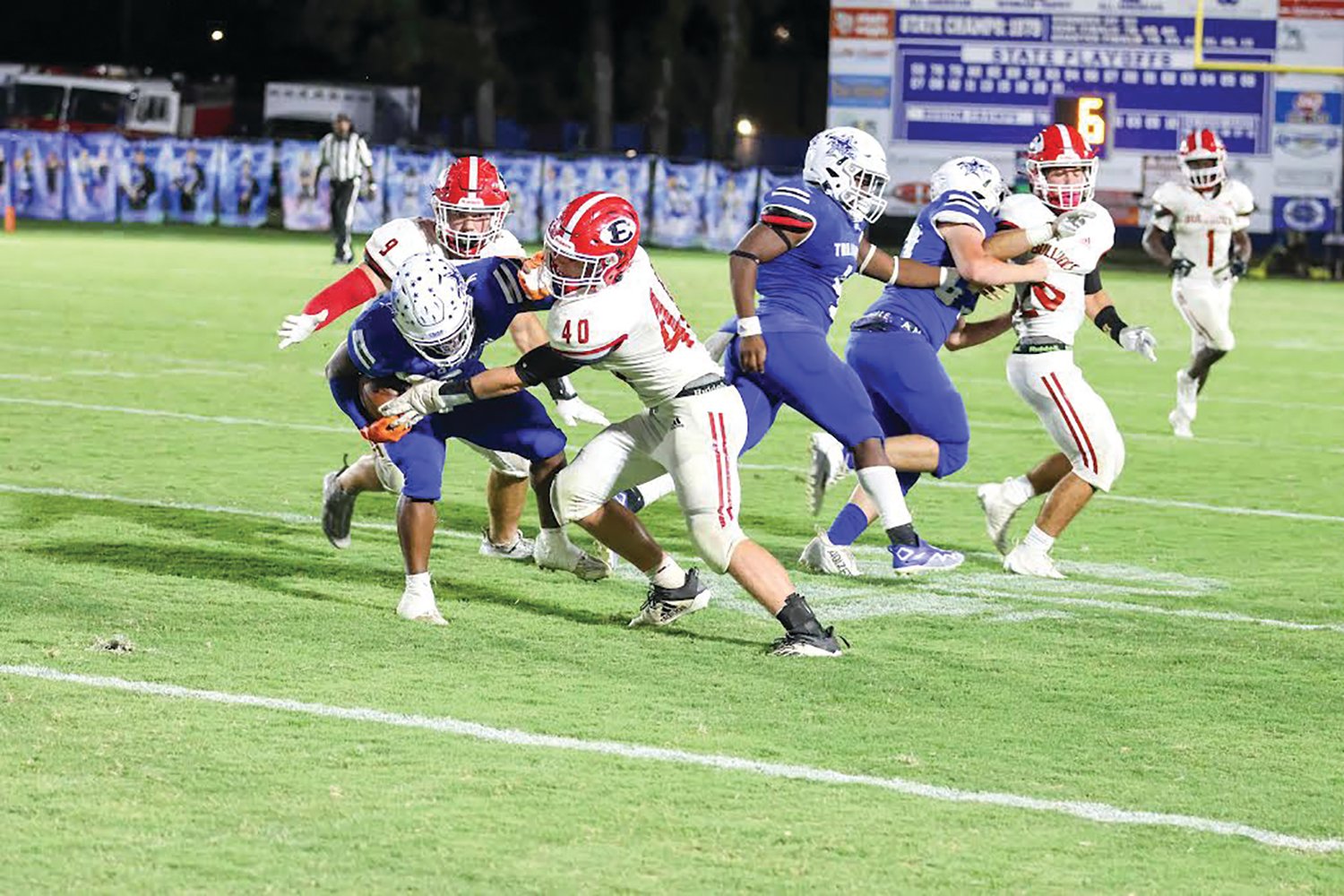 In a tale of two halves, the Bulldogs lost in overtime to fifth ranked Johnson Co.

Friday night 27-21. The game did not start out well for the Bulldogs in the first half with the Trojans

finding room to run putting ECI down 21-7 at halftime. Down 7-0 the Bulldogs tied the game on their first drive of the game. On fourth and 5 at the JOCO 40, Bryce Kearson found James Parker on the sideline taking it down to the 6-yard line. PJ Farnum took it in from there for a 7-7 score with 6:22 left in the first. The Trojans put 14 more points on the board in the first half to make the score 21-7 at the break. The Bulldogs took the opening kickoff in the second half and marched 65 yards to draw closer 21-14 on a 21-yard Farnum touchdown run. “Our team wants so bad for things to turn out different, but they are searching for ways that to happen instead of making it happen”, commented coach Kearson. Case in point is the second half. We played so much better than we did early and all we need to do was trust ourselves and make plays”. The Bulldog defense played their best half of the year, attacking the Trojan offense. ECI held the JOCO running game to minus 6 yards in the third quarter and 46 in the fourth for just 40 yards of offense in regulation. The Bulldogs tied the game 21-21 with 1:10 left in fourth on another Farnum touchdown run for the senior’s third score of the night. ECI overcame a fourth and seven on a leaping one-handed catch by Cordarius Lee to keep the drive alive. Deep in their own territory, the Trojans at their own 13, ran out the clock to set up overtime. The Bulldogs got what they wanted winning the coin toss putting ECI on defense at the 15-yard line. Expecting another Tucker carry on the zone option the Trojan quarterback kept the ball for the first time in the game taking it down to the ECI 3. Tucker scored on the next play for a 27-21 lead. Johnson Co. missed the extra point try giving the Bulldogs a chance to upset the Trojans leading by only 6. The Bulldogs were unable to find the endzone with the fourth down pass falling incomplete to lose to the Trojans in overtime 27-21. The Bulldogs rushed for 155 yards with Farnum leading the way for 120 yards on 21 carries. Kearson was 5-11 for 84 yards in the passing department with Cordarius Lee grabbing 3 and Parker catching two balls. Johnson Co. was the fourth top 10 team the Bulldogs have faced this season. They have one more non-region game this Friday against the unranked Jefferson Co. during homecoming week. ECI will have a week off before they begin region play on October 14 in Portal against the Panthers.