Bulldogs lose second half to the Irish 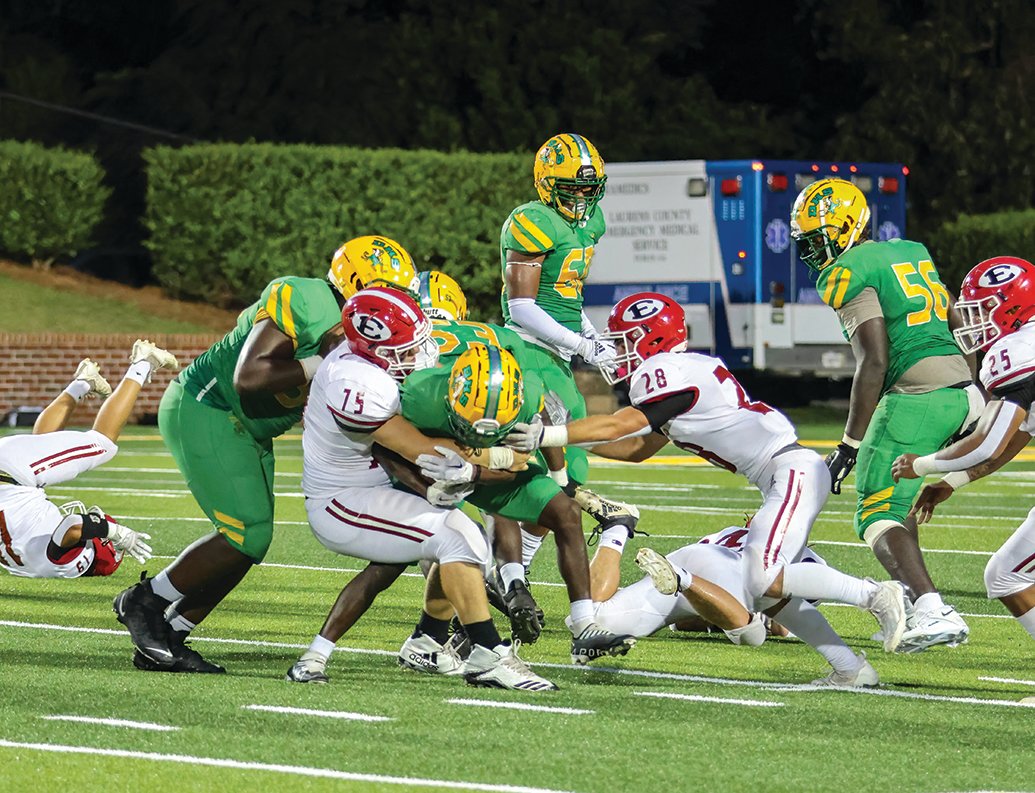 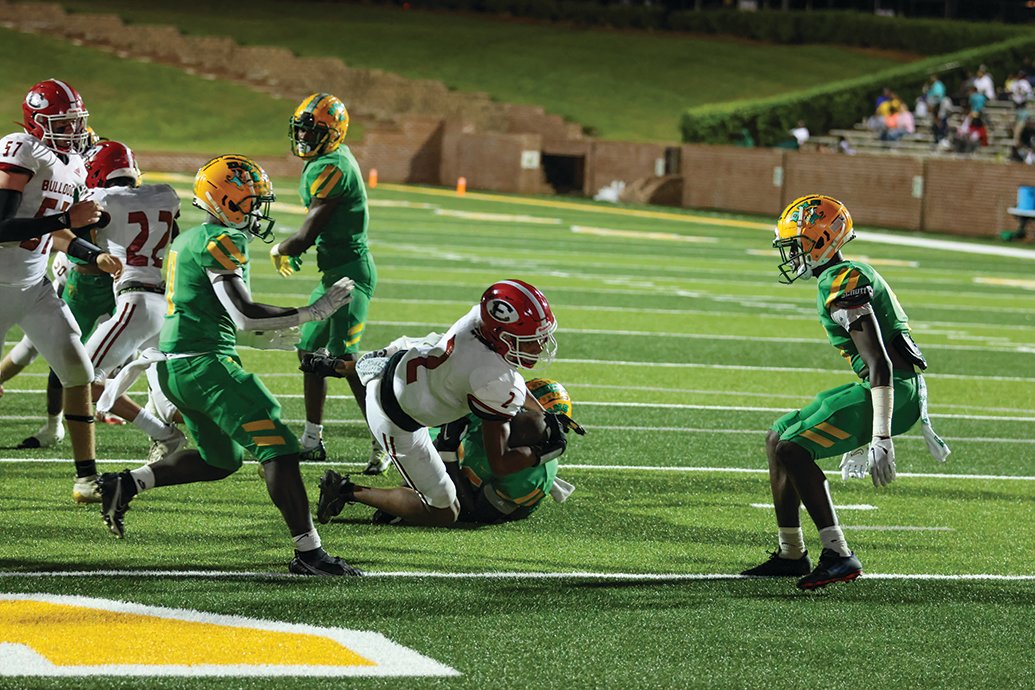 ECI traveled to Dublin Friday to take on the Irish in the Shamrock Bowl. Tied 14-14 at halftime, the Irish broke the game open in the second half to win 41-21. During the game the Bulldogs had to work for every yard while the Irish were reeling off big runs to get them into scoring position.

“Dublin won the battle in the trenches Friday night,” commented coach Chris Kearson. “They made plays on both sides when they needed and kept us from establishing any rhythm on offense and ran it down our throat on defense. They are a good football team with good players and in order to beat a team like that, we’ve got to play better.”

Set up by a 40-yard run, Dublin scored on their first possession on a 29-yard touchdown run to lead 7-0 with 8 minutes left in the first. The Bulldogs tied the game on their second drive. PJ Farnum went untouched on a 20-yard touchdown scoot with the game netted at 7-7 late in the first quarter.

The Irish found big holes in the Bulldog defense on their next drive. After 3 runs of over 20 yards Dublin found the end zone for the second time on a 23 run to put the Irish up 14-7. The Bulldogs matched that score with 2:21 left in the half. Cordarius Lee crossed the goal line from 8 yards out to make the score at halftime 14-14.

Dublin opened the third scoring 20 points in the quarter to lead the Bulldogs 34-14 entering the fourth and final quarter. ECI scored their last touchdown on a 92-yard drive when Bryce Kearson called his own number on an 11-yard touchdown run to make the score 34-21.

With just 1:28 left in the game and both teams out of timeouts, the Irish caught the Bulldog defense thinking they might take a knee to run out the clock. Dublin scored on the first play on a 70-yard run to make the score 41-21.

Farnum led the Bulldogs on the ground with 73 yards on 15 carries and one touchdown. The Bulldogs will host Swainsboro next Friday at Rountree Stadium. The Tigers are currently ranked second in Class A, division A.