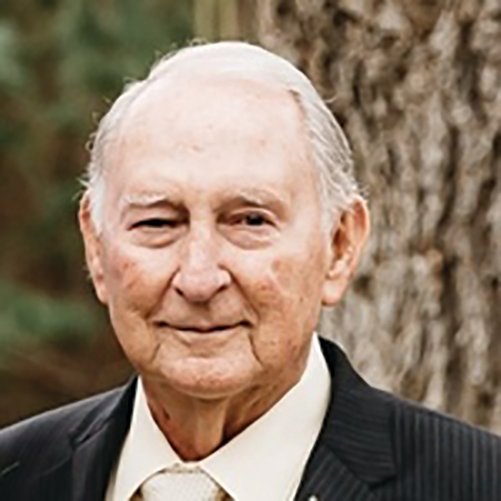 Mr. McNeely was born in Kite, on April 17, 1937. He graduated from Swainsboro High School. While a student in high school, he actually served as the school bus driver as well. (When asked about college, he professed to being a proud graduate of Blundale University). He grew up working on the farm and in the logging woods with his daddy and uncles.

As a young man he took a job at Fordville in Swainsboro working initially in the shop.

He eventually went to work in the parts room before ultimately moving into sales. Once into sales, it was obvious that he had found his true passion. After many years, he became the owner and operator, selling cars for the rest of his working life. He garnered many awards and recognitions for sales achievements through Ford Motor Company. His customers and co-workers became his extended family through the years.

Mr. McNeely was involved in many civic and religious organizations in the community. He was a member and past-president of the Swainsboro Jaycees. Until his resignation from the club due to Covid, he was the oldest and longest serving member of the Swainsboro Rotary Club. He was a member of Calvary Methodist Church for many years, serving on numerous boards and committees. More recently, he joined Hawhammock Baptist Church and was a member there at the time of his death.

His greatest pleasure away from work was any activity that allowed him to spend time with family. Whether fishing, hunting, farming, gardening, camping, or boating, he enjoyed the outdoors especially when shared with family. One of his greatest loves was to camp and boat on Clark Hill Lake.

The family wishes to extend a special thank-you to caregivers, Willie Mae Deas, Kathy Hopkins, Brenda Jones, and Willie Brown. Thanks to their love and concern Mr. McNeely was able to remain at home where he was happiest during the final months of his life.

Flowers will be accepted. If friends and family prefer, donations may be made to the Hawhammock Baptist Church Youth Ministry, 27 Hawhammock Church Road, Swainsboro, GA 30401.

Tomlinson Funeral Home of Swainsboro was in charge of arrangements.