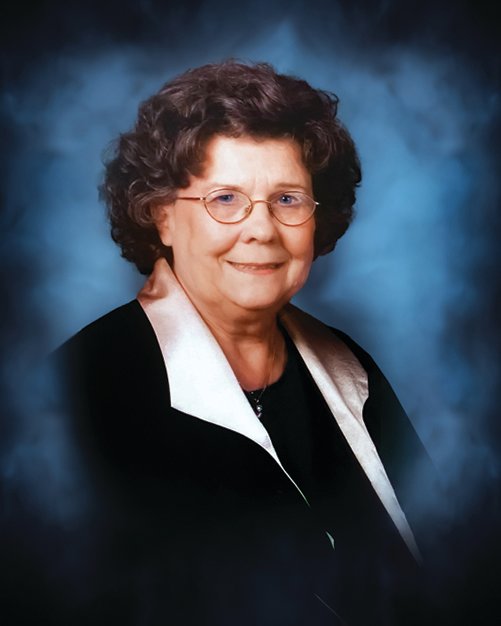 Mrs. Betty Jo May, 81, of Swainsboro, passed away Monday, May 16, 2022, at Fairview Park Hospital in Dublin following an extended illness. Funeral services were held at 11 a.m. Thursday, May 19, at First Baptist Church of Swainsboro with Dr. Bob Blakenship and Rev. Casey Shaw officiating. Interment followed in Eastbrook Cemetery & Mausoleum. The family received friends from 5 to 8 p.m. Wednesday, May 18, at Chapman Funeral Home.

Mrs. May was born March 20, 1941, in Swainsboro, to Milton T. Anderson and Alma Peebles Anderson. She was a retired Court Reporter in the Middle Judicial Circuit. Mrs. Betty was an excellent cook and loved yardwork, collecting antiques, and arts and crafts. She enjoyed watching Jeopardy and Wheel of Fortune. Mrs. Betty looked forward to decorating for Christmas. She was a member of the Agape Sunday School Class. Mrs. Betty loved God, her husband, children, and grandchildren. She was a member of the First Baptist Church of Swainsboro for 30+ years. Mrs. May is preceded in death by her parents; and sister, Angela Anderson.

Mrs. May is survived by her husband of 62 years, James H. “Buddy” May; sons, Jimmy May (Marvin Henry) and Jason May (Erin), all of Swainsboro; daughters, Julie Mercer (Marty) of Twin City and Alma Joanna May (Richard Peacock) of Adrian; grandchildren, Gabrielle Durden, Jessica Durden, Rebecca Durden, Justin Henry Riner, Evan May, and Izzy May.

In lieu of flowers, memorials may be made to First Baptist Church of Swainsboro.