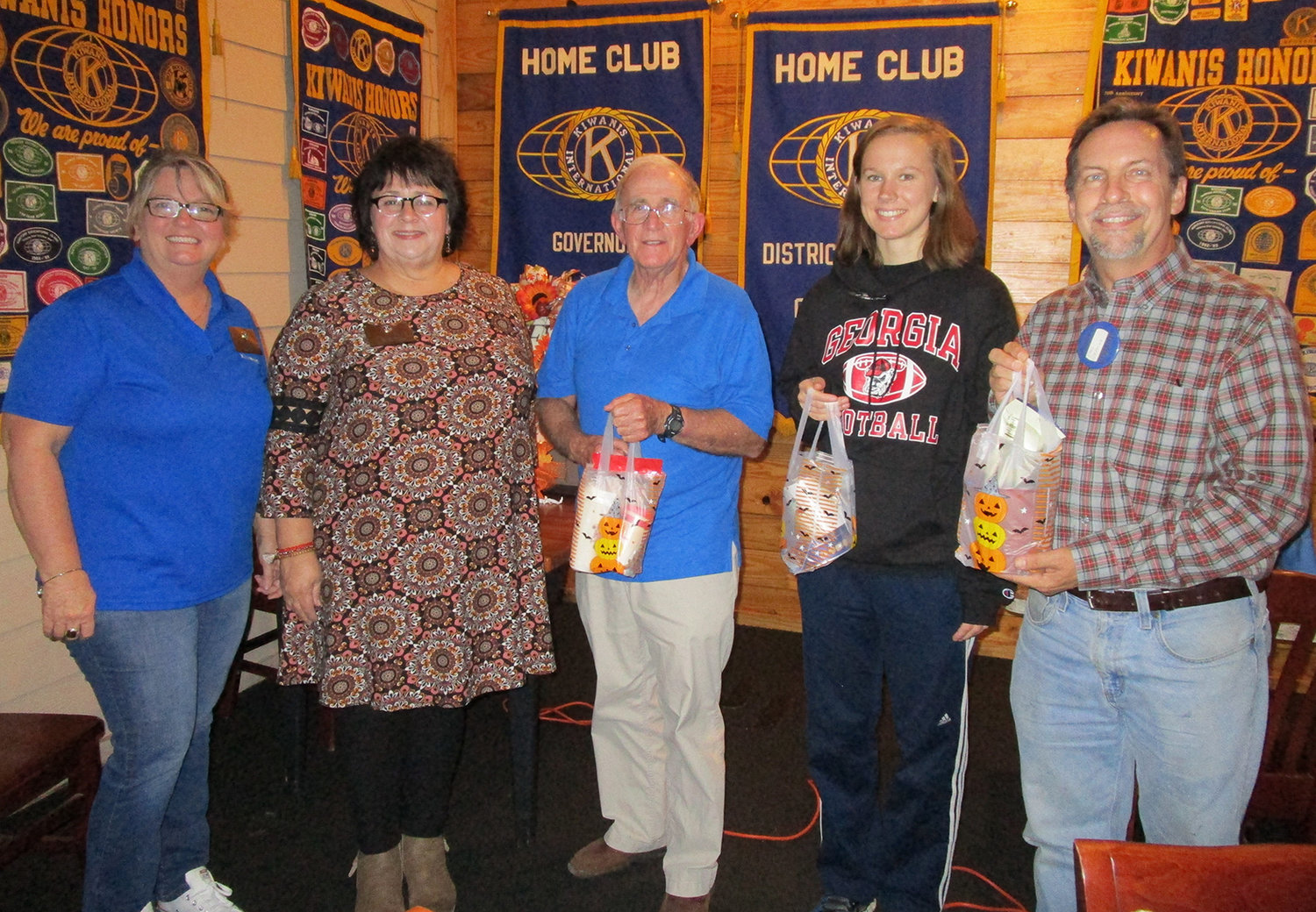 The Kiwanis Club of Swainsboro held its weekly meeting Tuesday night, October 19, at 7 p.m. at The Rustic Grille. With President Dianna Wedincamp presiding, there were 29 members in attendance.

The program for the evening was hosted by Kiwanian Tammy Allen. She presented a program on Emanuel County Family Connection and literacy and nutrition activities for this year and from last year. Kiwanis members learned about the great support of the Mill Creek Foundation. Highlighted were the Ferst Reading Program, the "Livin' La Vita Okra" in the Farm to School program, the Charlie Cart cooking skills mobile kitchen, the walking program supported by a Shape Grant and the WIC Matters grant. The Book-A-Ween, Christmas and Dr. Suess' Birthday reading programs were also highlighted with appreciations for the participation of readers from Swainsboro Kiwanis Club. In closing, contests were held regarding the program. Paul Cerpovicz won the Halloween Trivia Contest and Anita Cerpovicz and Tim Goodman won prizes for "Things I learned about Family Connection."

President Wedincamp announced that the club will support the Truck-or-Treat events for Franklin Memorial Library on October 28 from 4 p.m. to 7 p.m. and for Emanuel County 4H at the Varner Center on October 30 from 4 until 6 p.m. A. Cerpovicz announced that the Circle K Hurricane Relief Car Wash at EGSC had raised $389 this year, a record.