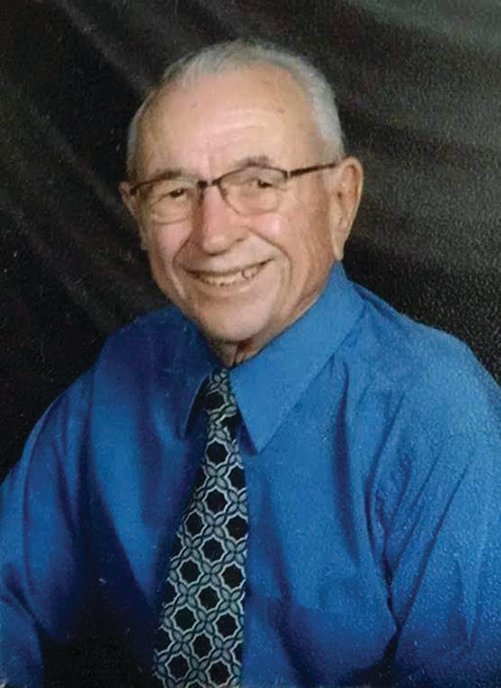 Mr. Wilbur “Flip” Eugene Jackson, age 100, passed away Monday, September 19, 2022, at the Carl Vinson VA Medical Center. Funeral services were held at 1 p.m. Friday, September 23, at Corinth Church with Rev. Wes Webb officiating. Burial followed in the church cemetery. The family received friends from 12 to 12:45 p.m. at the church Friday prior to the service.

Mr. Jackson was born on February 9, 1922, in Slater, Missouri, to John and Daisy Jones Jackson. He was a Master Sergeant in the United States Army and served in World War II. Mr. Jackson was a GE Appliance Repairman for Cook Furniture Company for many years and was known as “Mr. Fix It” because he could build or fix most anything, and also worked at the local movie theatre and skating rink, where he taught many kids how to skate. He loved to golf and was a member of Corinth Church.

In lieu of flowers, memorial contributions may be made to Corinth Church, c/o Phil Foskey, 199 Ohoopee Rd, Adrian, GA 31002.

Stanley Funeral Home and Crematory/Wrightsville Chapel is in charge of arrangements.