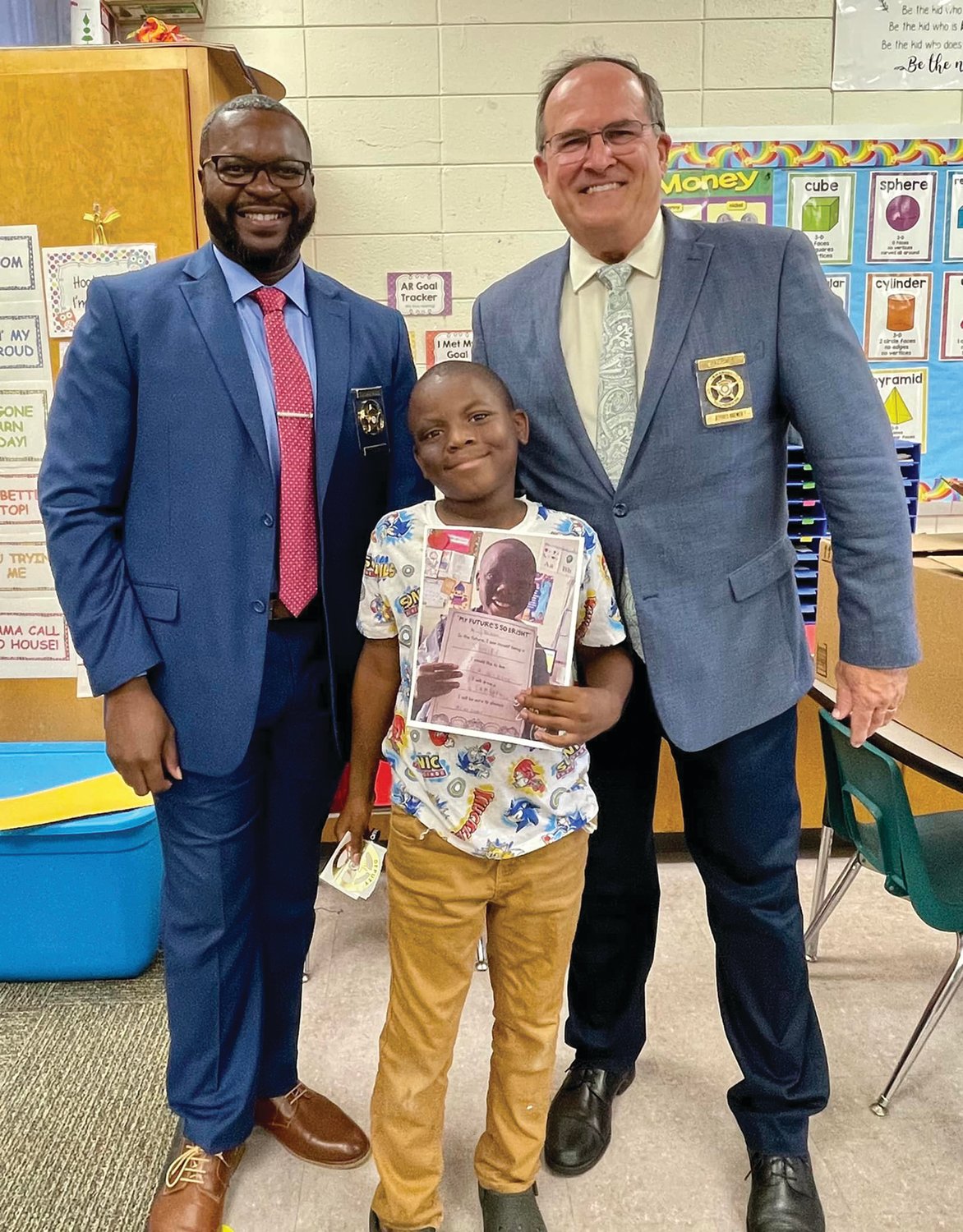 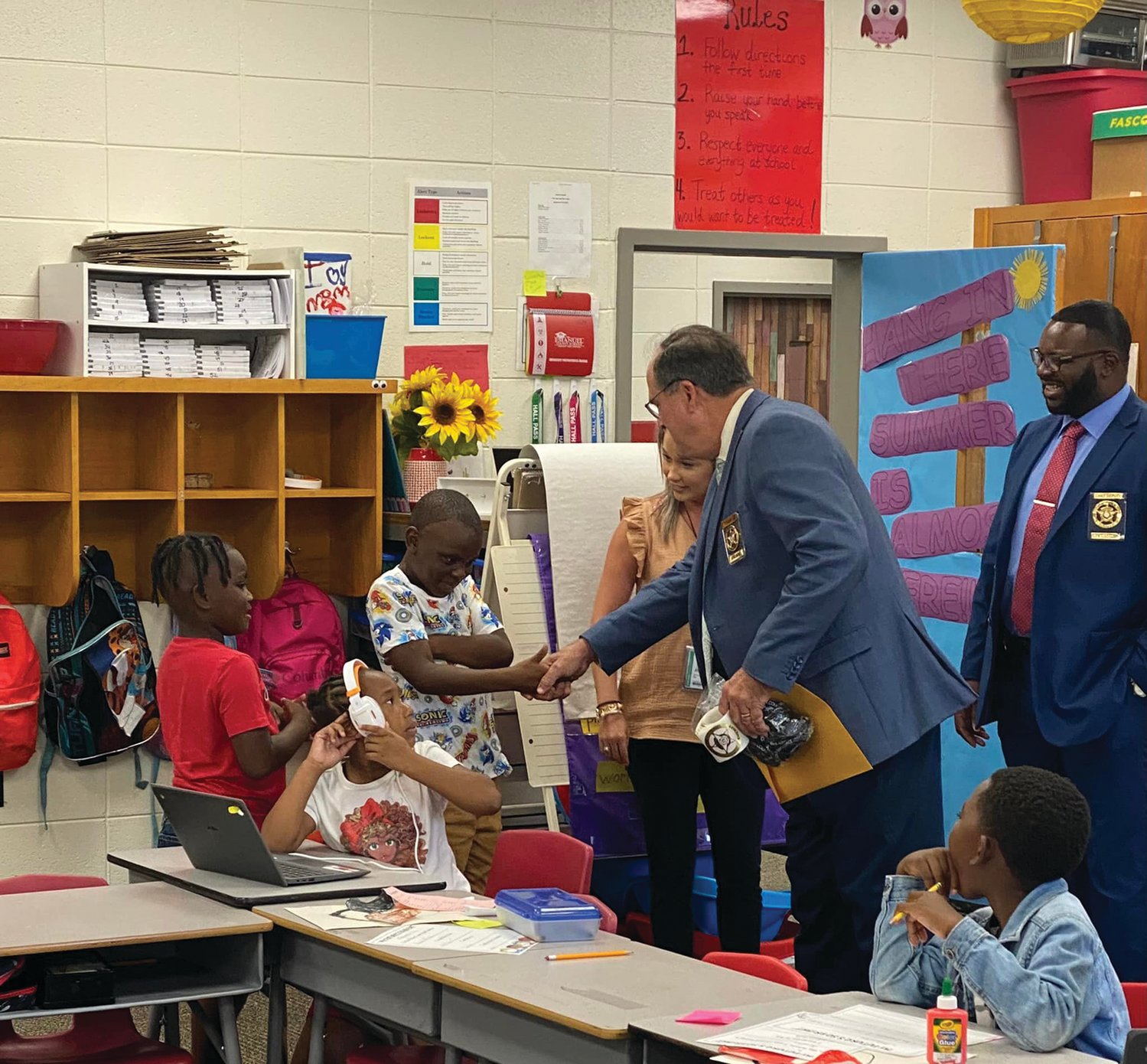 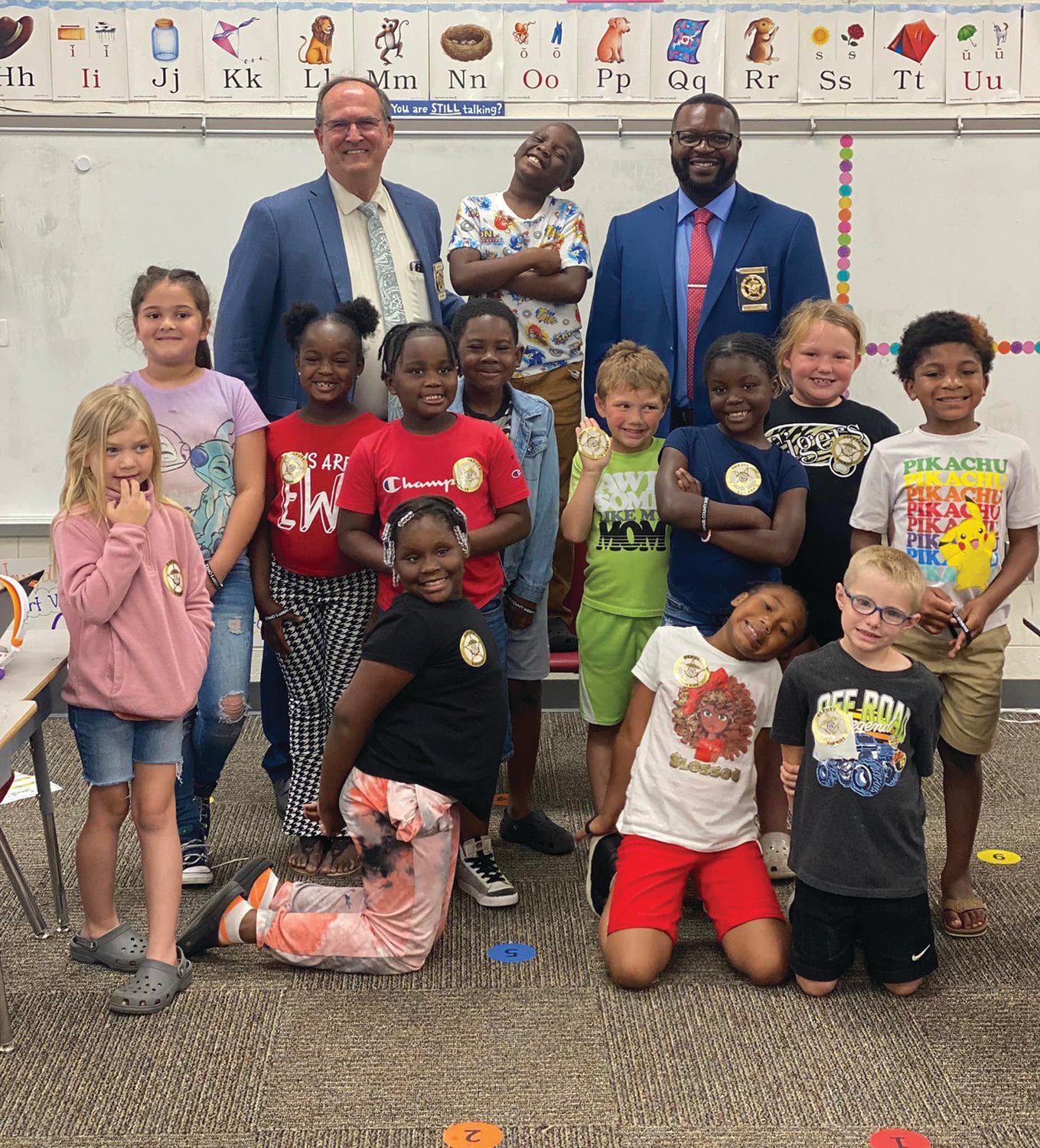 It’s not too often to receive a friendly surprise visit from your childhood role model, especially on a Monday at that. However, local Emanuel County sheriff Jeffery Brewer and Chief Deputy Major Nick Robertson have raised the expectation bar for any role model, local or afar.

On Monday, May 16, first grade students in “Miss” Devin Coxwell and “Miss” Amber Kay’s SPS classroom participated in a writing activity entitled “My Future’s So Bright.” Students were instructed to write down their ideas on the bright future they have in mind for themselves, including future careers, homes, cars and priorities. One particular student named Trayvon, plans to live in a mansion, drive a Lamborghini and wear cologne, and also has plans to become a sheriff.

As small town talk always seems to go, talk of Trayvon’s future plans traveled its way around the county, finding its way to the local sheriff’s office, which led to the surprise arrival of the local sheriff and his assistant deputy at the school that very same day. With them, they brought smiles and good vibes and stickers and bracelets for the entire classroom. Trayvon was also presented with a special gift – a printed photograph of himself holding his future plans list, signed and personally delivered by the sheriff, himself!