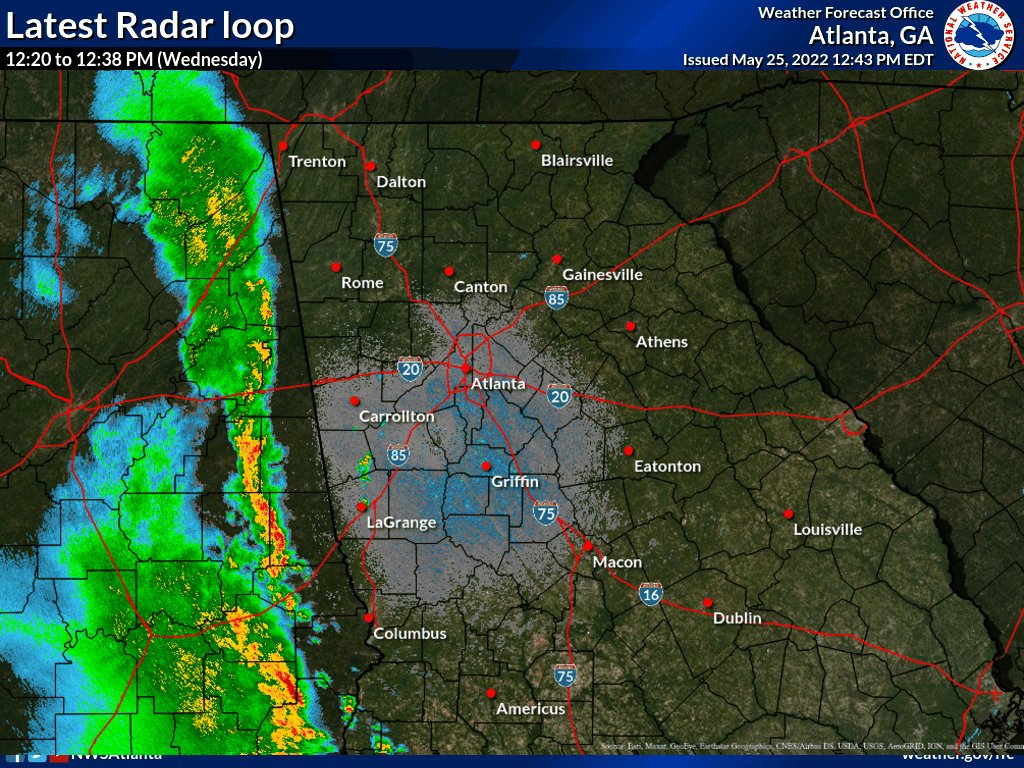 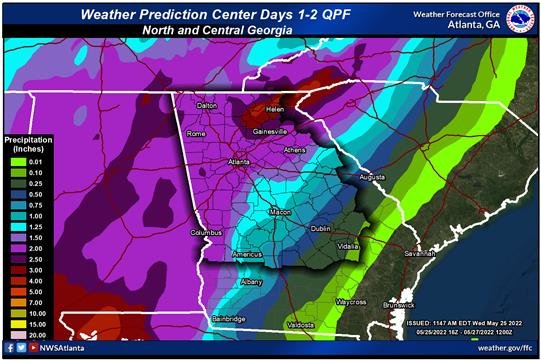 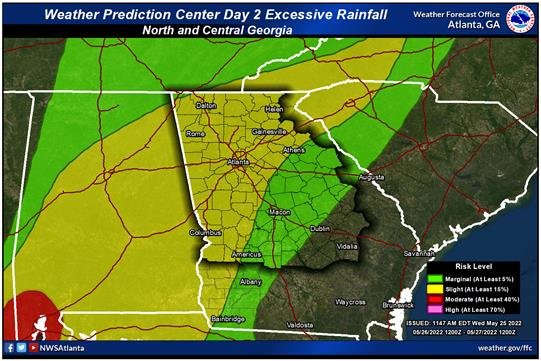 A slow-moving line of showers and thunderstorms over eastern Alabama (as of 12PM) will continue to drift east into western Georgia between 2-4 PM. Additional storms are expected to redevelop along and ahead of this line, affecting much of north and central Georgia through at least midnight. After midnight, storms should weaken or move out of the area and conditions overall should improve through daybreak (Thursday)

Gusty winds up to 40 mph

Flood threat is expected to remain LOW, however localized flooding of urban or poor-drainage areas is certainly possible where heavier rain/storms remain slow-moving

mainly west-central GA and the higher elevations of north GA

Severe threat with any storms is expected to remain LOW but we cannot rule out an isolated storm or two becoming marginally severe, capable of producing damaging winds > 60 mph or hail up to 1" (quarter-sized).

Multiple rounds of showers and thunderstorms are expected, mainly afternoon and evening, as a more organized storm system tracks across the region. An elevated flood threat will exist - especially depending on how much rain we see later today/tonight. Localized areas of severe storms are also possible.

Heavy rain/flood potential: due to the likelihood of seeing multiple rounds of heavier rain/storms (1 to 3+ inches of rain from this afternoon through Thursday evening), the risk for flooding will increase throughout Thursday. Aside from nuisance street flooding, some creeks and small streams could respond rather quickly due to any persistent rainfall. Localized flash flooding will also be an issue.

A FLOOD WATCH may be issued later today/tonight for parts of the area, as newer data comes in.