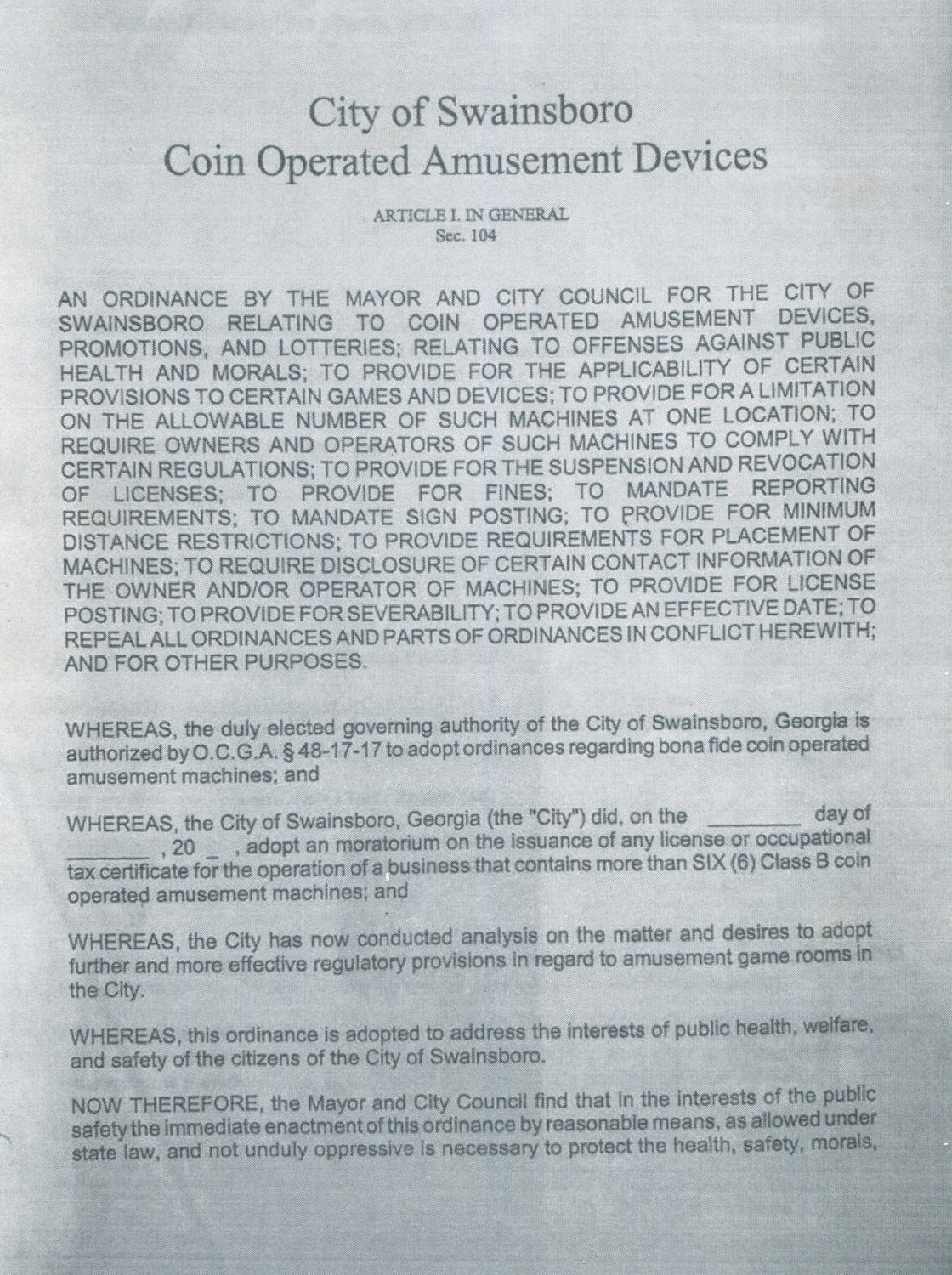 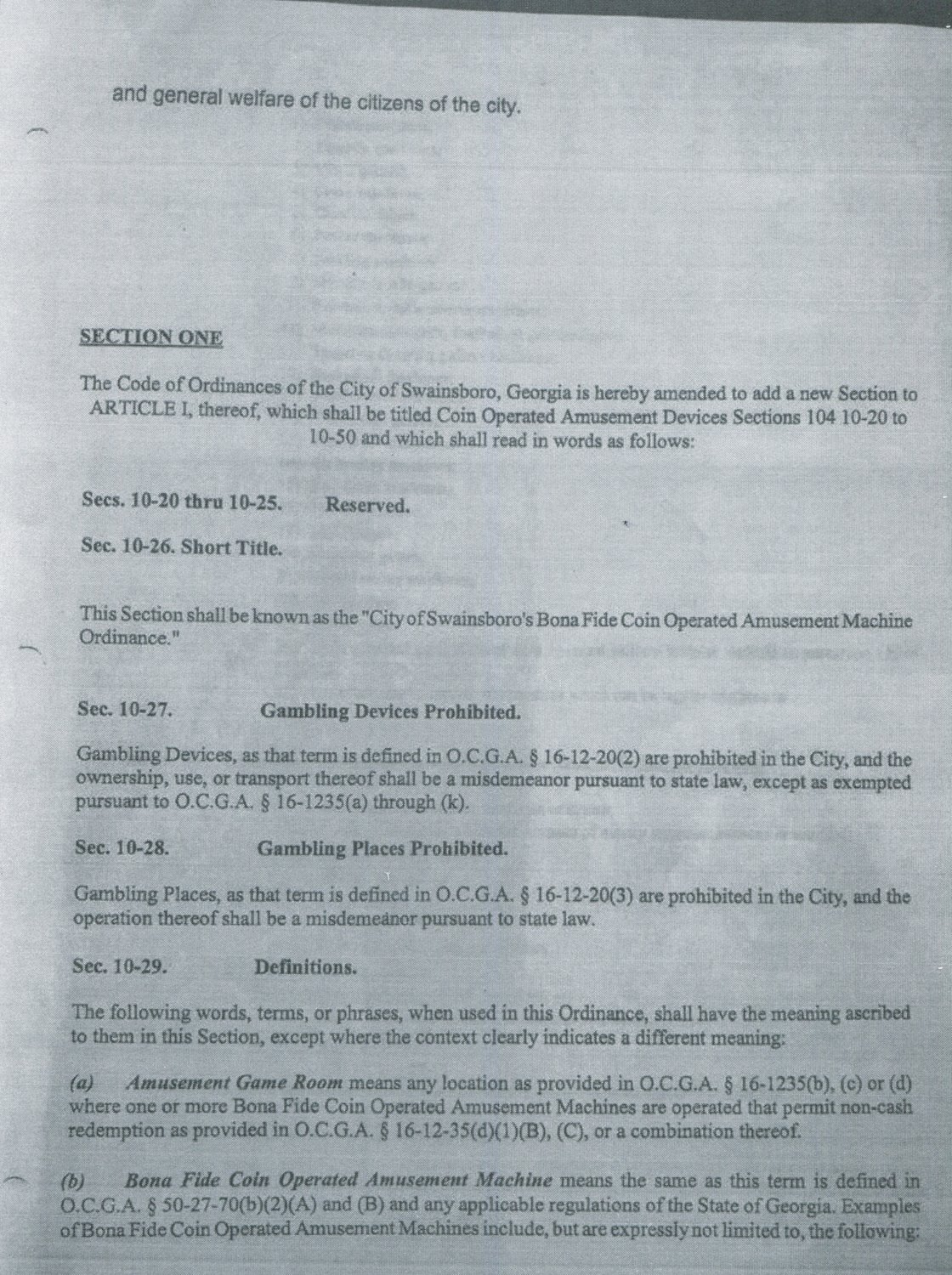 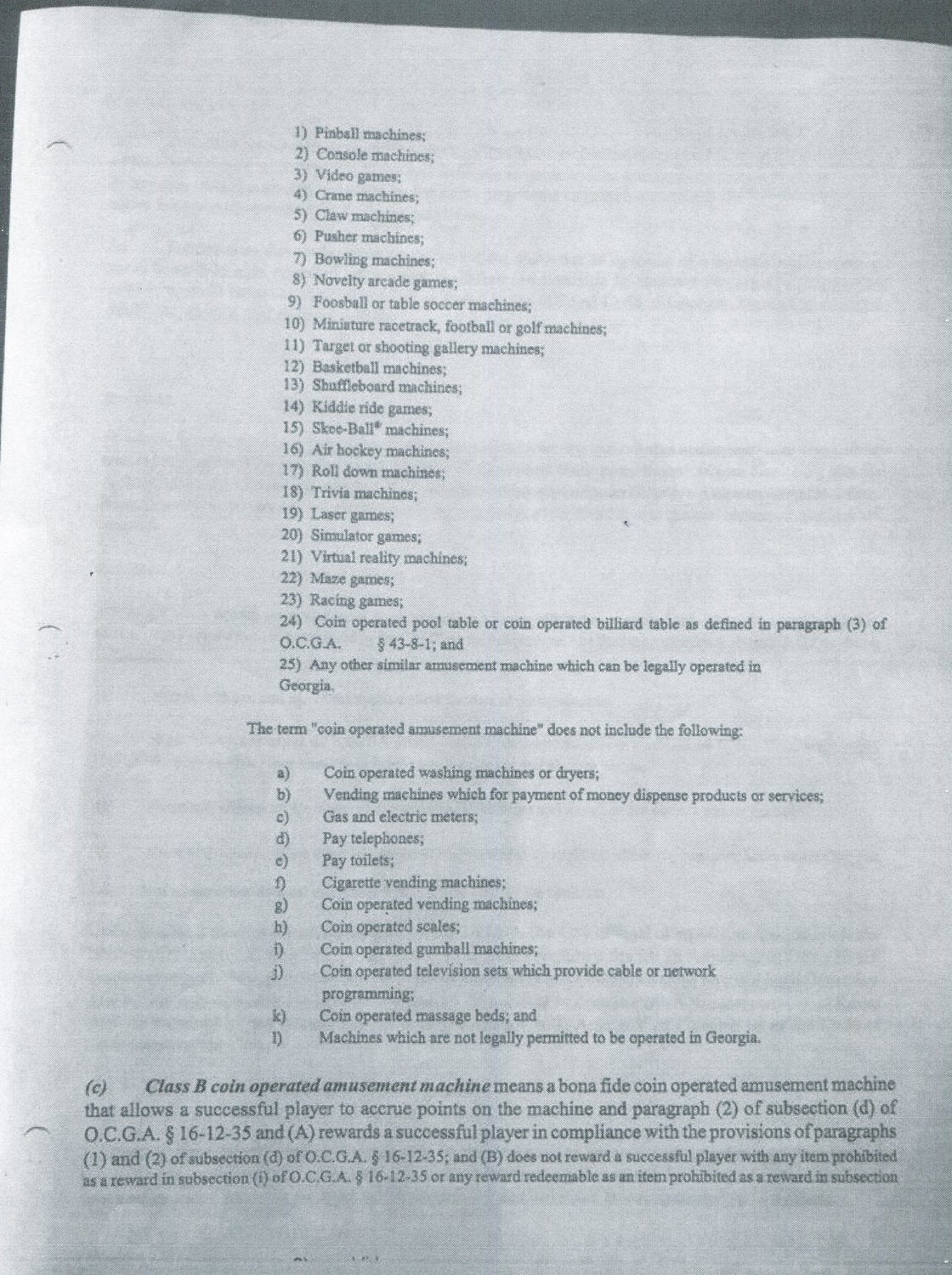 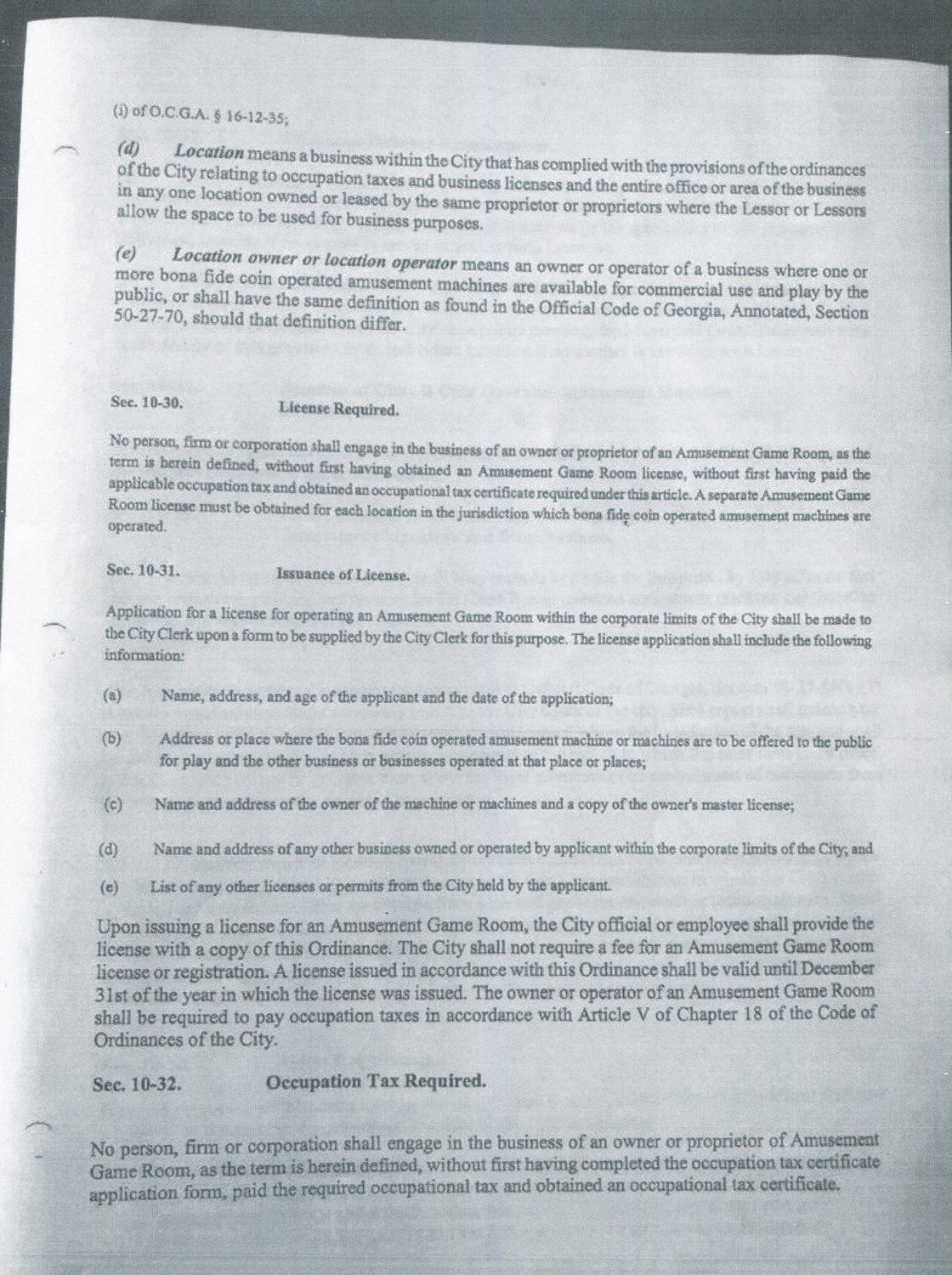 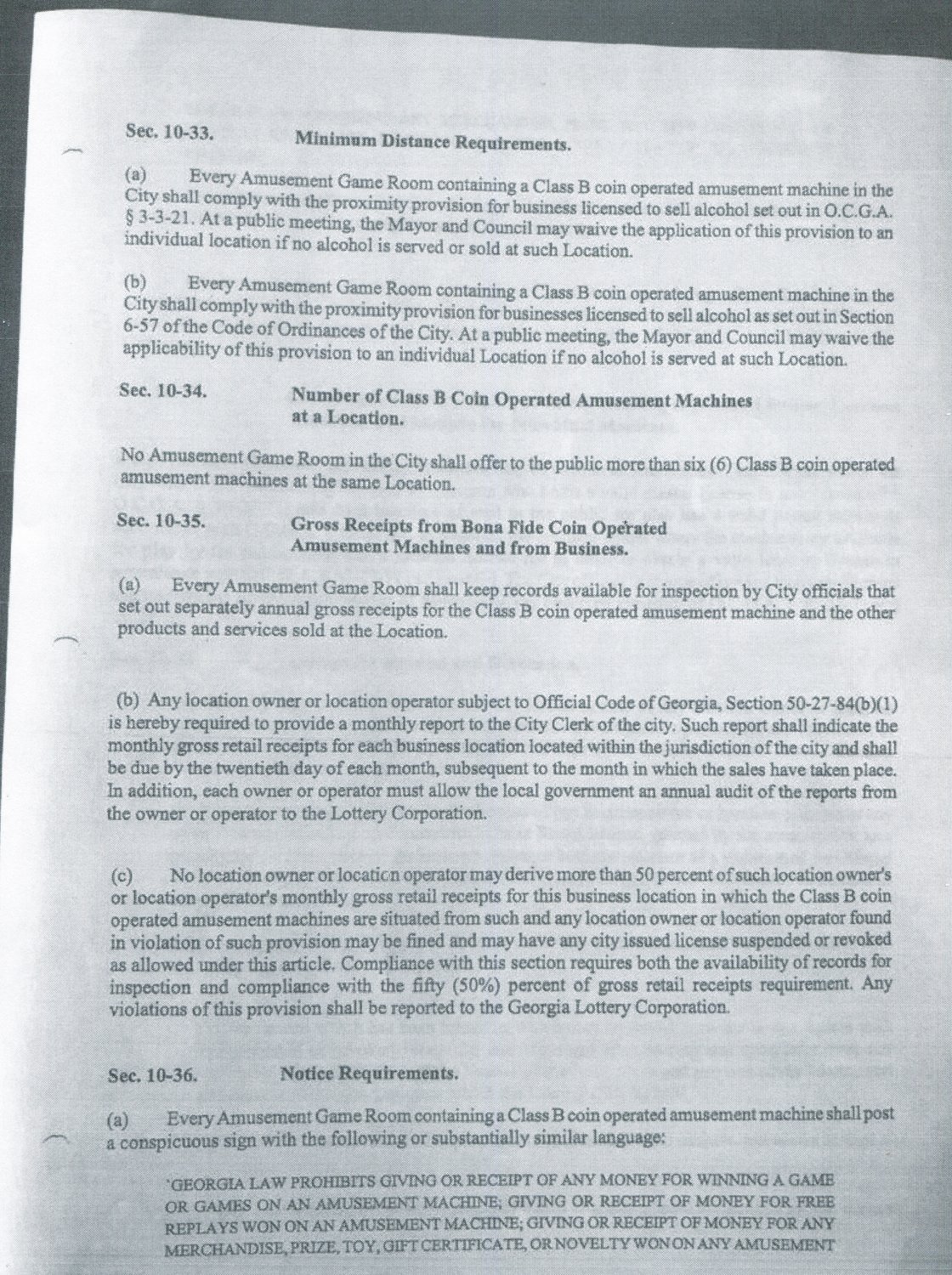 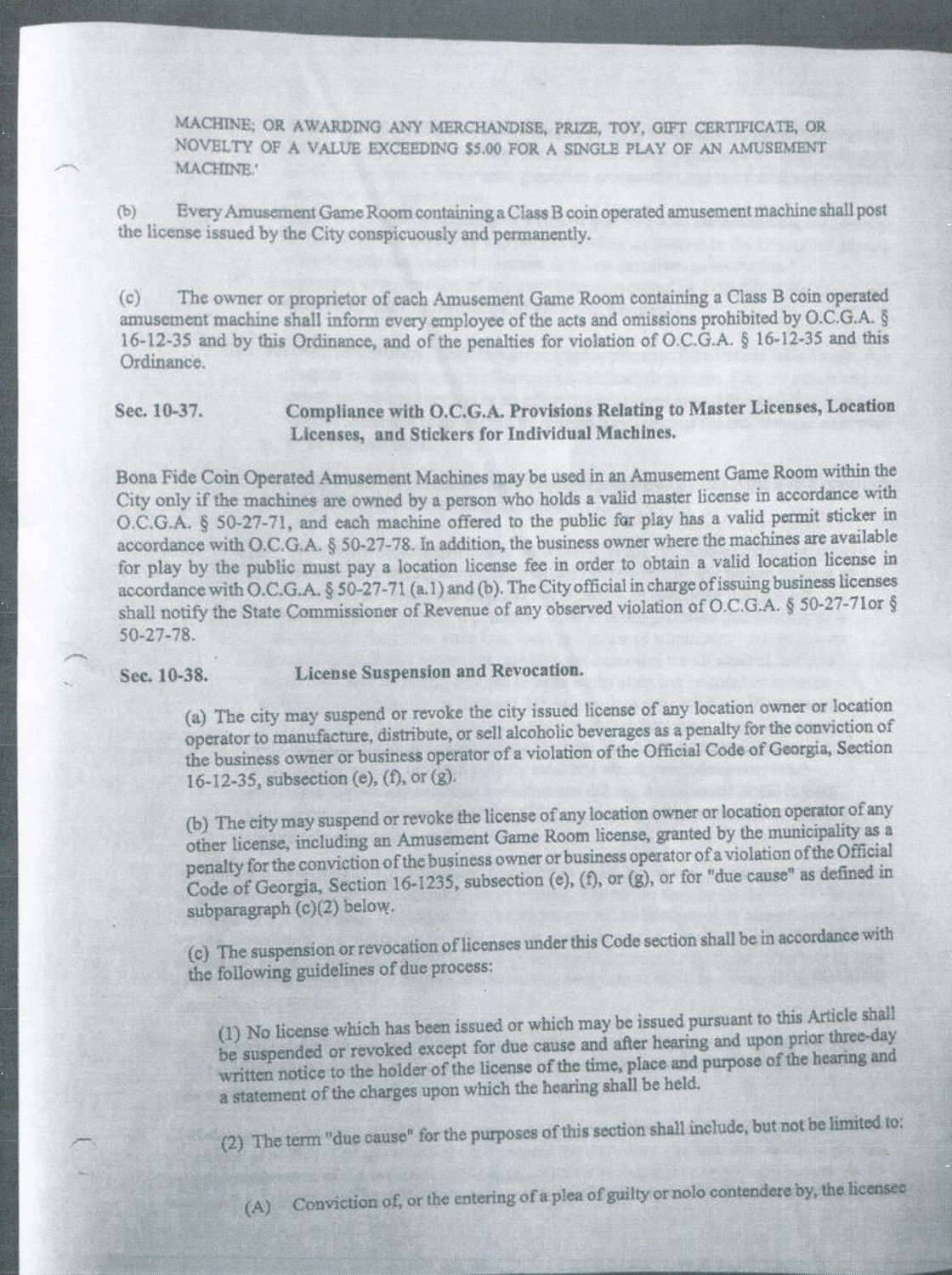 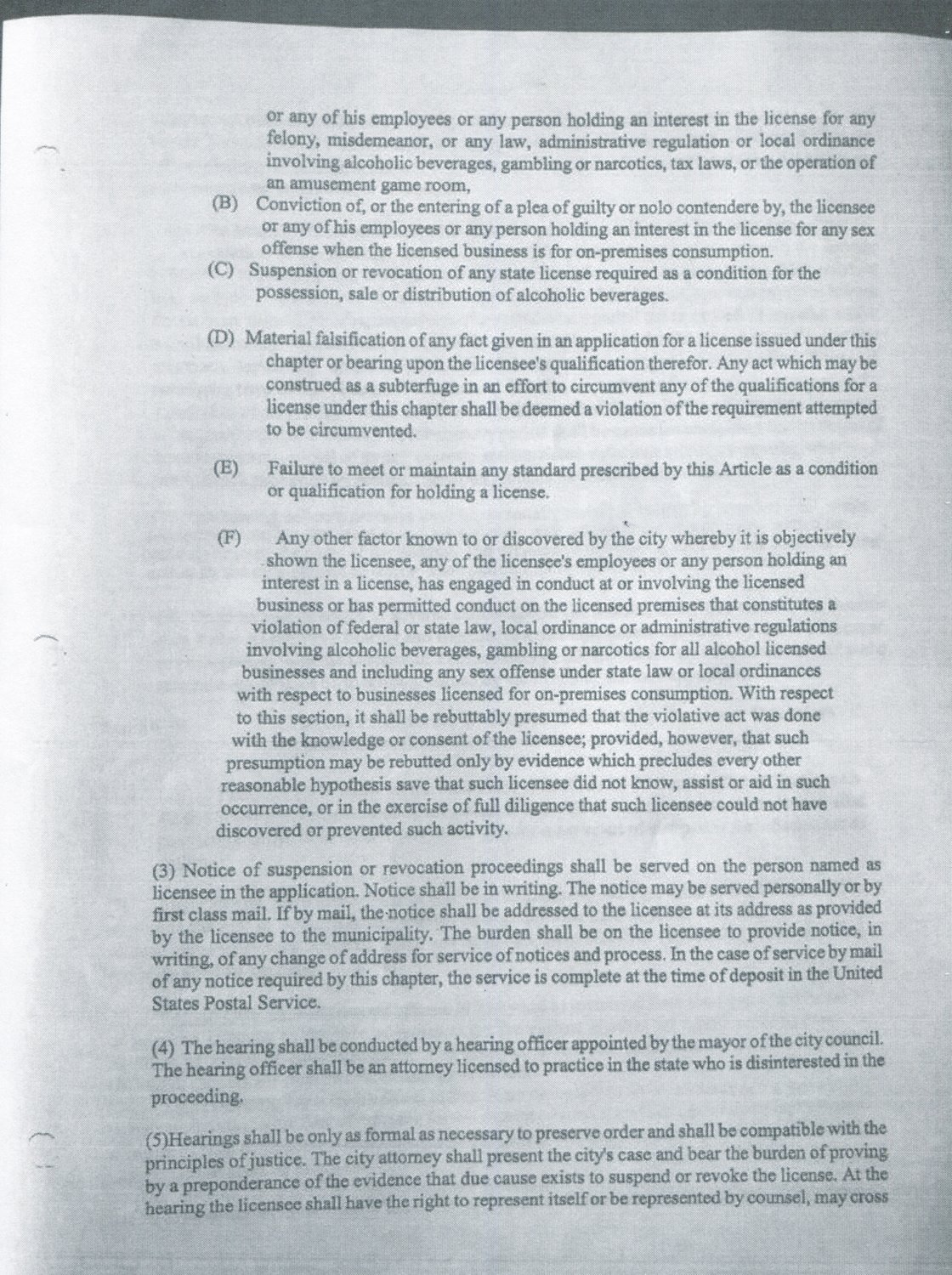 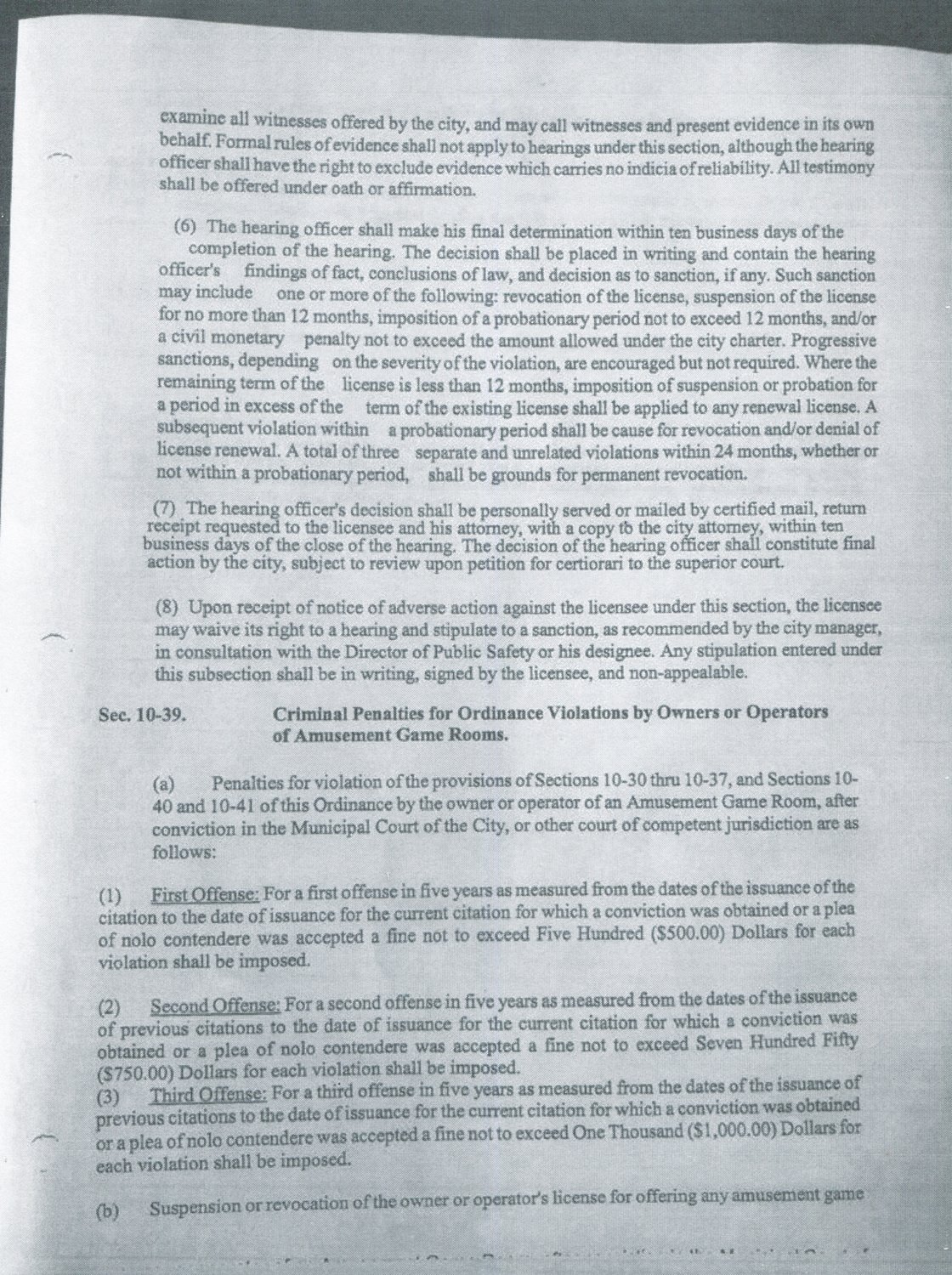 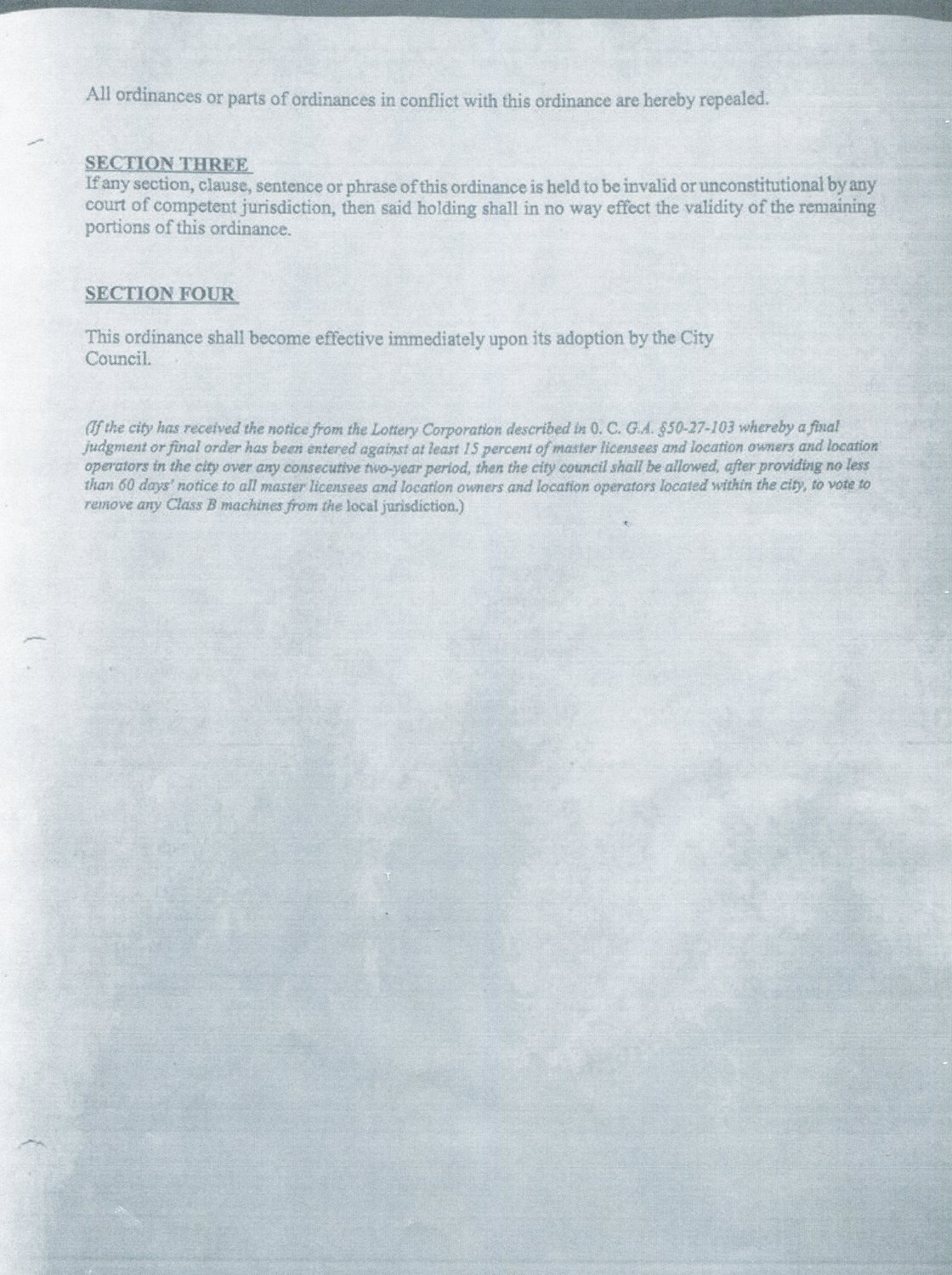 According to Swainsboro Police Department Chief Randy Ellison, the department recently received a list of local businesses with active slot machines being utilized in Swainsboro from the Georgia Lottery. This list was then reviewed and compared to a list of active game room licenses issued to businesses by the city, as well as the city’s charter. Upon reviewing this information, the department identified seven businesses in violation of the city’s charter for operation of a game room without proper licenses. The city’s code enforcement officer was assigned to visit the seven locations, two of which were found to be closed, and issue a warning to each location so that proper game room license can be obtained. As of press time this week, it was reported that most involved businesses have complied with the city ordinance and are now pursuing proper game room licenses as required by the city charter.