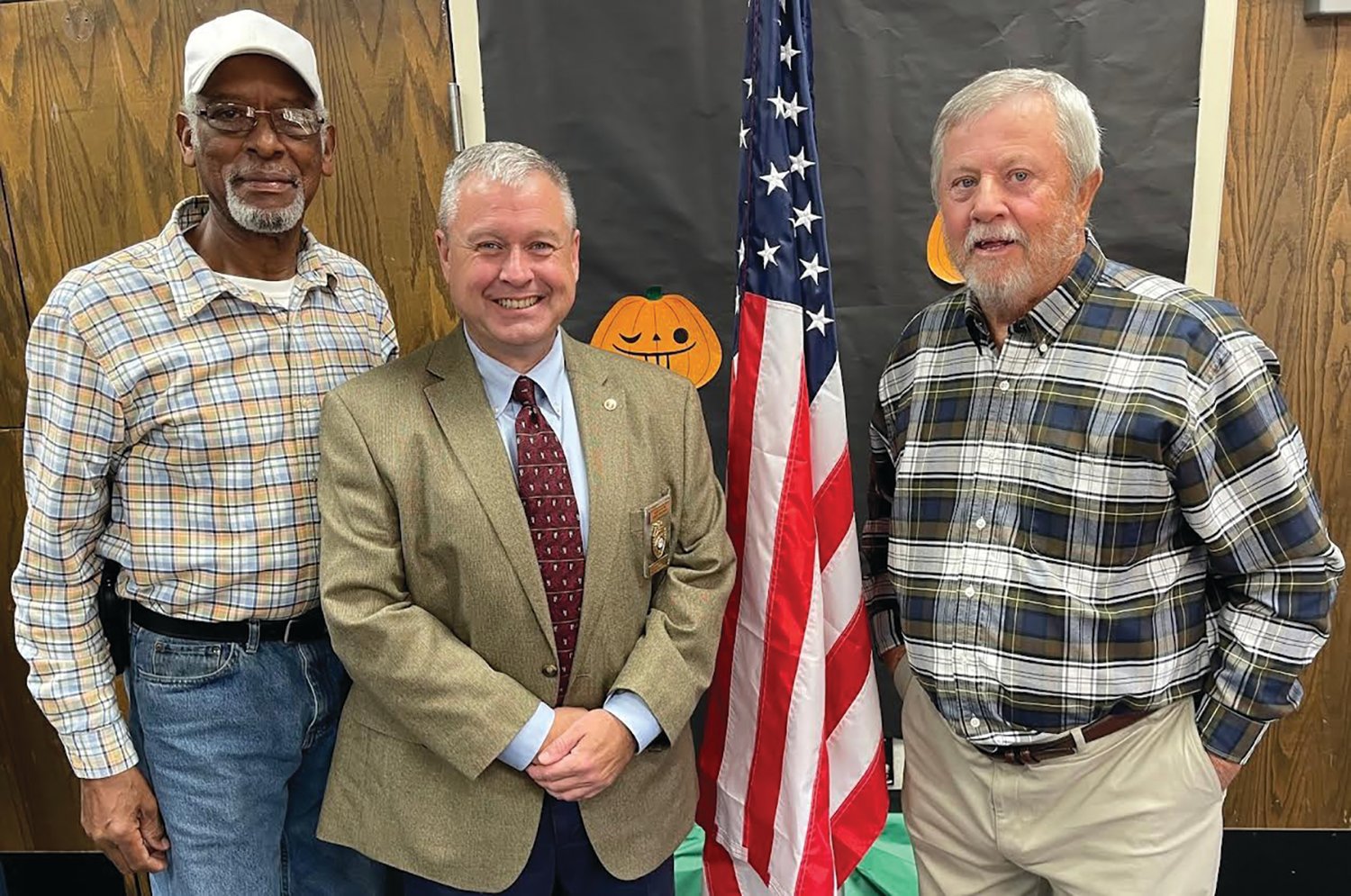 Veterans at the Library met on Monday, October 24, at the Franklin Memorial Library at 9:30 a.m. with Chair John Tapley presiding and 30 Veterans in attendance. After saying a prayer and the pledge the Veterans enjoyed an outstanding breakfast of coffee, orange juice, biscuits, grits, and cake. Next everyone introduced themselves with including three new members: Delmas Scott, Trey Drawdy and Dale Wright. Scott served in the U.S. Army from September 1967 to December 1989.  He served in Vietnam, Germany, Korea, Hawaii, and Fort Stewart Georgia as a Combat Engineer.  His rank was SGT E-5. Drawdy served in the U.S. Marine Corps Reserve from November 21, 1991, to September 8, 1999.  He served in the 4th AABN, Company B in Jacksonville, FL and his rank was Sergeant. Wright served in the U.S. Army in the 131st Aviation and was also stationed at Fort Lee, VA and served in Vietnam.  The morning program was presented by the Emanuel County Tax Commissioner Sandra Wright.  Sandra's presentation was on benefits that U.S. veterans are entitled to in Emanuel County.