Veterans at the Library have 2 new members 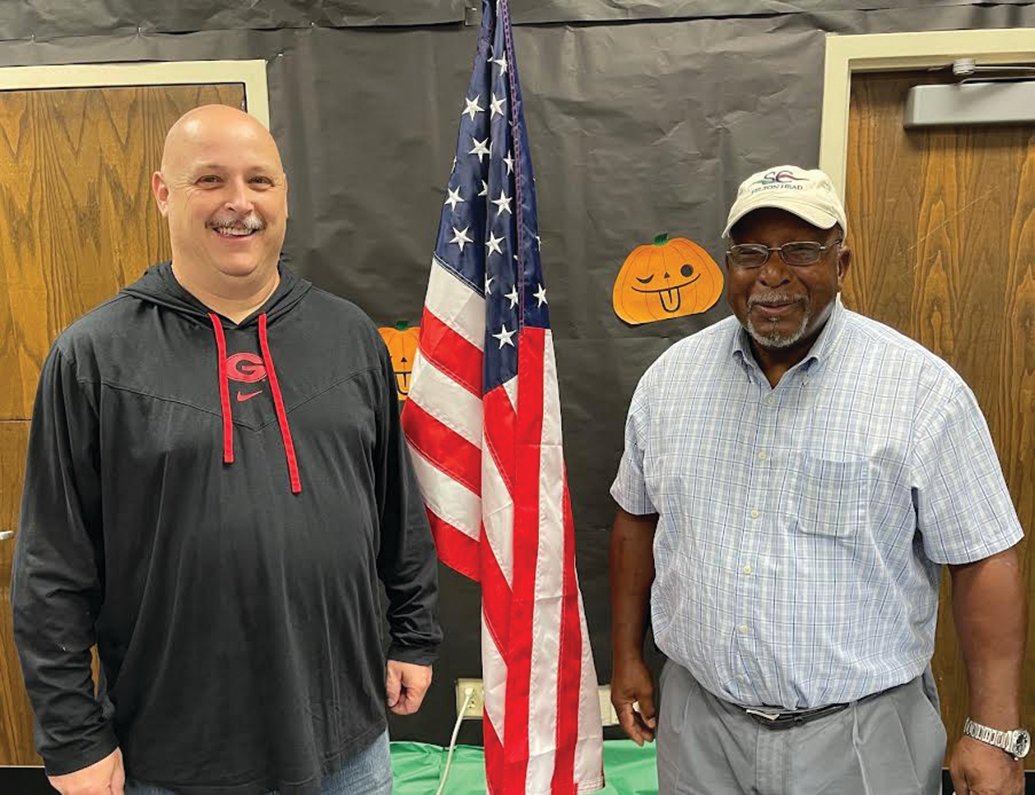 The Veterans met at the Franklin Memorial Library on Monday, October 3, 2022, at 9:30 a.m. with Chairman John Tapley presiding and 32 members in attendance. The newest two members in attendance were: Alton Dudley who served in the U. S. Air Force from 1991 to 1993 and Georgia Army National Guard from 2002 to 2012. He deployed to Iraq in 2003-2004 with Company A, 878th Combat Engineer Battalion, Georgia Army National Guard and again deployed in Iraq in 2005-2006 with Company A, 878th Combat Engineer Battalion. He obtained the rank of Sgt. E-5. David Marshall who served in the Georgia Army National Guard in Company A, 878th Combat Engineer Battalion here in Swainsboro. Marshall obtained the rank of Spec. 4 and served from 1976 to 1996. Marshall deployed to Egypt in 1987 & 1995 and deployed to the Country of Oman in 1992 in support of Combat Tactical missions. Chair John Tapley discussed the two upcoming Wreaths Across America projects that will be held in December. On December 3, the veterans will be placing flags on veteran's graves and on December 17, the placing of Wreaths on veteran's graves. Tapley also passed out more of the red Wreaths across America shirts that were purchased by the members. If you have a veteran that is buried in Emanuel County, please contact Shari Watt at 478-237-7791 with their name, service, and the name and location of cemetery and their location within that cemetery.