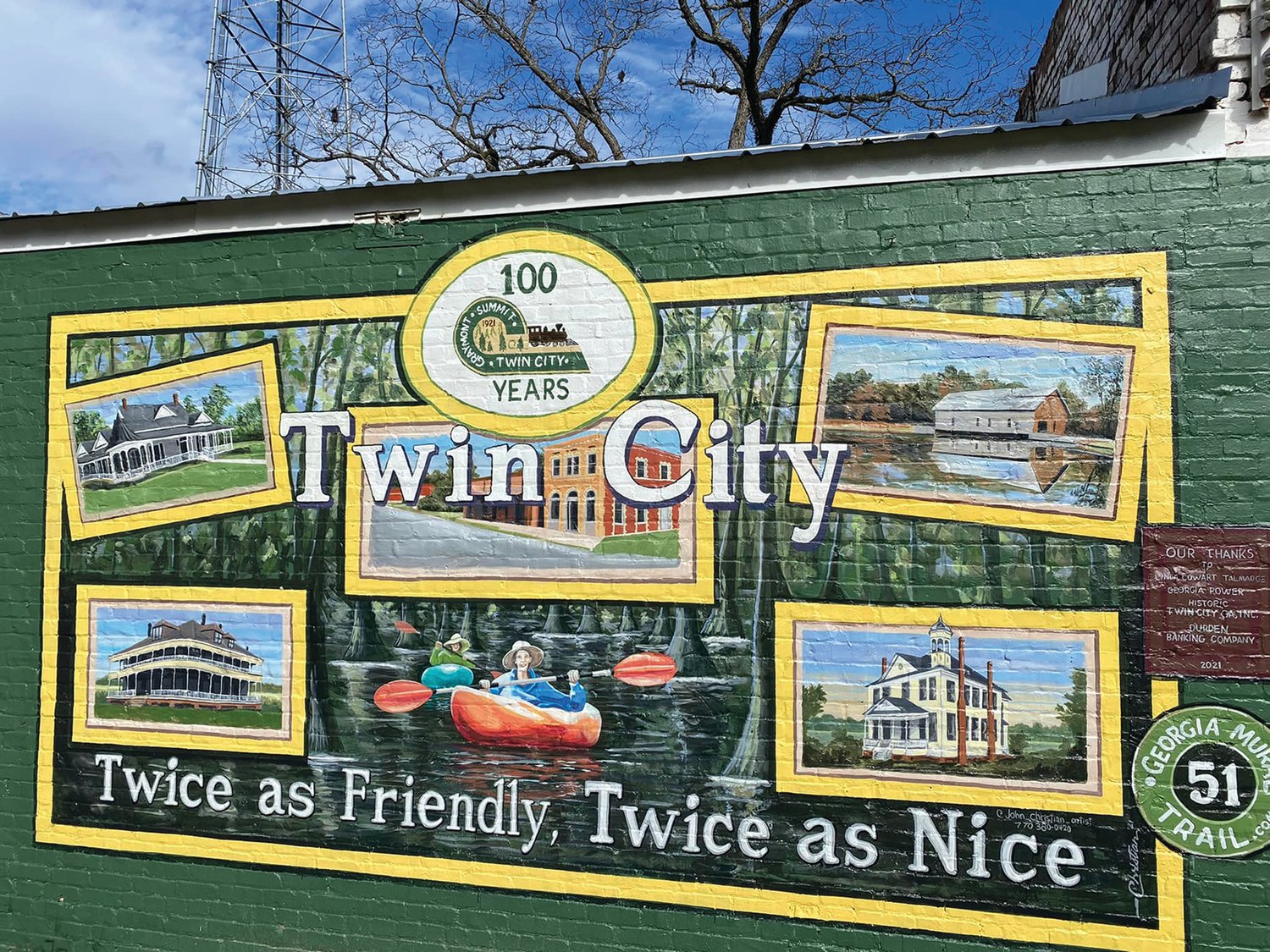 As part of its centennial celebration, the city of Twin City now displays a freshly painted mural on the city’s old city hall and jail building.

“I’m so proud of our Centennial Mural! It reflects our past and our future,” Twin City Mayor Matt Donaldson recently shared on Facebook.

The mural is located along the lines of the old Graymont and Summit city limits and boasts six historical landmarks of the county and the city of Twin City.

The background is a kayaking scene, set between the Georgia cypress tree’s that George L. Smith State Park is so well known for. The top left corner portrays The Higgenbothem House that’s located on South College Street. The bottom left corner displays the picturesque Hotel Albert that was once located in the city of Graymont. The top right presents a park scene at the famous Parrish Mill that’s located at George L. Smith State Park. The bottom right exhibits the original Emanuel County Institute building that was located directly across from the Old City Hall and jail. The middle scene is of Downtown Summit and displays the old Bank of Summit building that has been saved, restored and is currently occupied.

Funds for the mural were donated to the city by Lynda Cowart Talmadge, Georgia Power, Historic Twin City Ga, Inc. and Durden Banking Company. It was painted by artist John Christian.

The mural is No. 51 on the Georgia Mural Trail’s list. You can find more information on this at georgiamuraltrail.com.