Tigers up 4 – 0 after Friday win against Dodge Co. Indians

SHS, ECI to battle this Friday 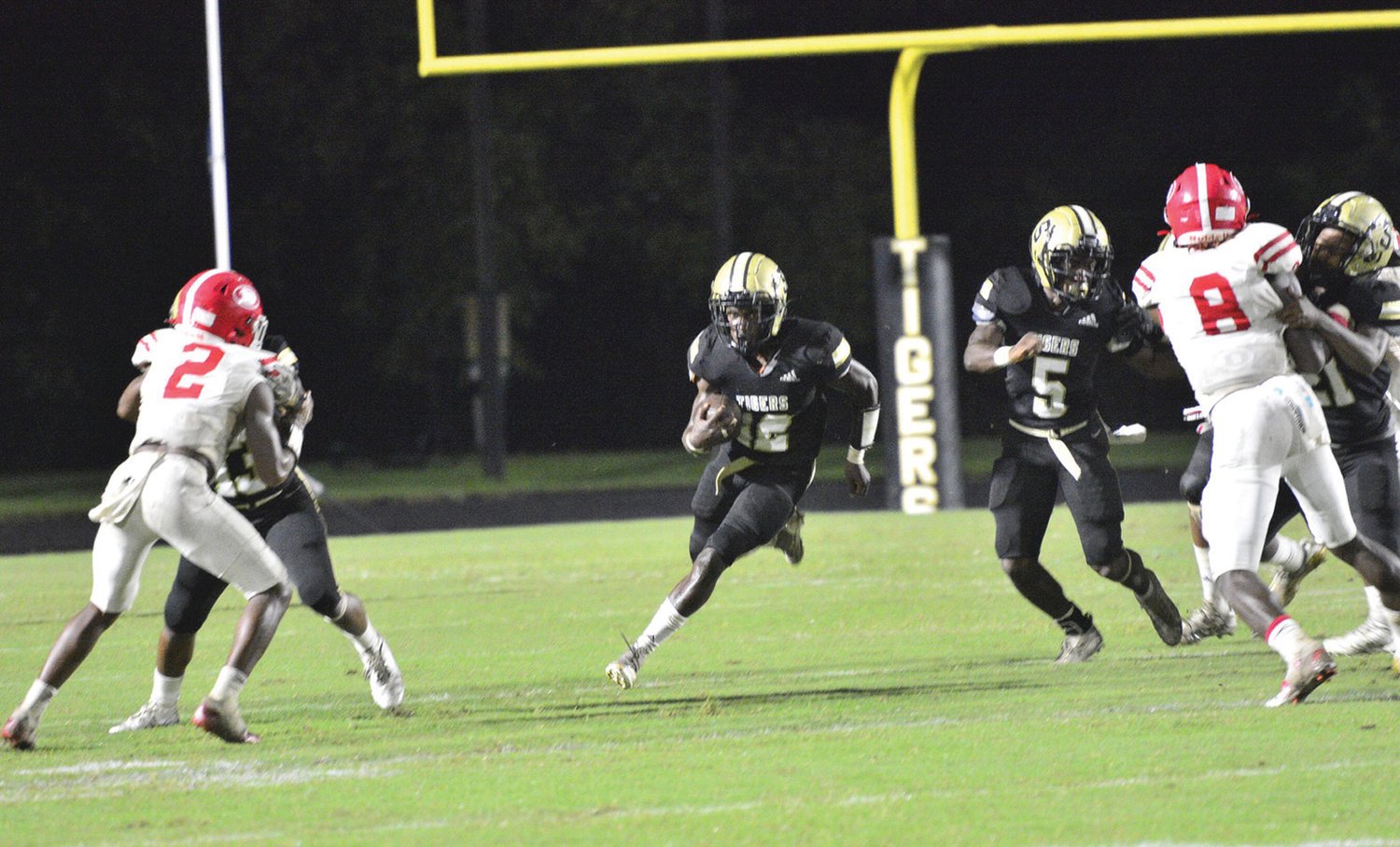 Friday. One of the most coveted days of any week, especially come fall season in counties like our very own. In the fall, the term Friday takes on an entirely new meaningful name and perspective. It’s known as “Football Friday” to most sport loving fans that fill high school stadiums to cheer on the boys of fall. Emanuel County is fortunate to house two public school varsity football teams that rally for a Tiger Victory, a Bulldog Victory, or both each passing Friday. This coming Friday, for the first time in five years, the district’s two varsity football teams will compete against each other for some fun-play sportsmanship since 2017.

The Swainsboro Tigers have shown exceptional athleticism on the field so far this season by maintaining a 4 – 0 win-lost status quo. On Friday, September 9, they hosted Dodge County Indians for the fourth non-region game this year and defeated the guest team 35-0. The Swainsboro Tigers had a 21-point lead over the Dodge County Indians by the end of the game’s first half by scoring 14 points in the game’s first quarter and an additional 7 in second quarter. The Tigers returned to the field following the game’s half-time performance and gained another lead over their rivals by 14-points, racking up 7 points in the games third quarter and the 7 final points in the fourth.

The Tigers will travel just 15 minutes down the road to play the ECI Bulldogs this Friday, September 16, at Rountree Stadium. The Bulldogs currently hold a 1 – 2 win-lost status so far this season. Having lost their first non-region game of the season to the Metter Tigers (28-14), the Bulldogs regained a 1 -1 status quo after defeating the Lincoln County Red Devils 41-27 in their second game played. On Friday, September 9, the Bulldogs traveled to Dublin and played Dublin Irish and returned home with their second loss this season. The final score was 21-41.

These two teams, the Tigers and the Bulldogs, along their large group of supporters all chant for victory each Friday. Whether it be chants for #TeamTigers or #TeamBulldogs, keep in mind this Friday, we are not a house divided, but rather a house united. We are Emanuel! See you at the stadium. Kick off is at 7:30 p.m.