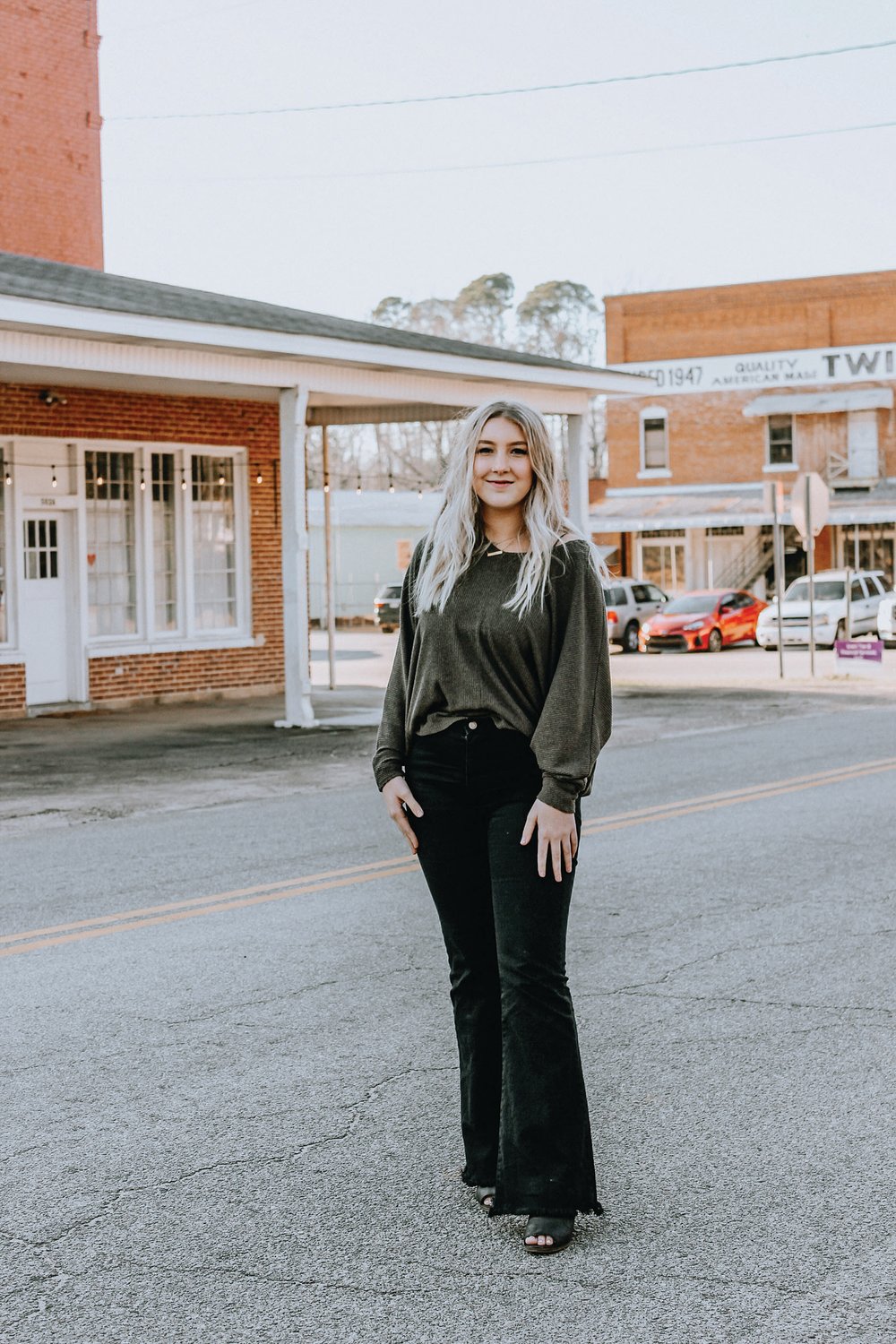 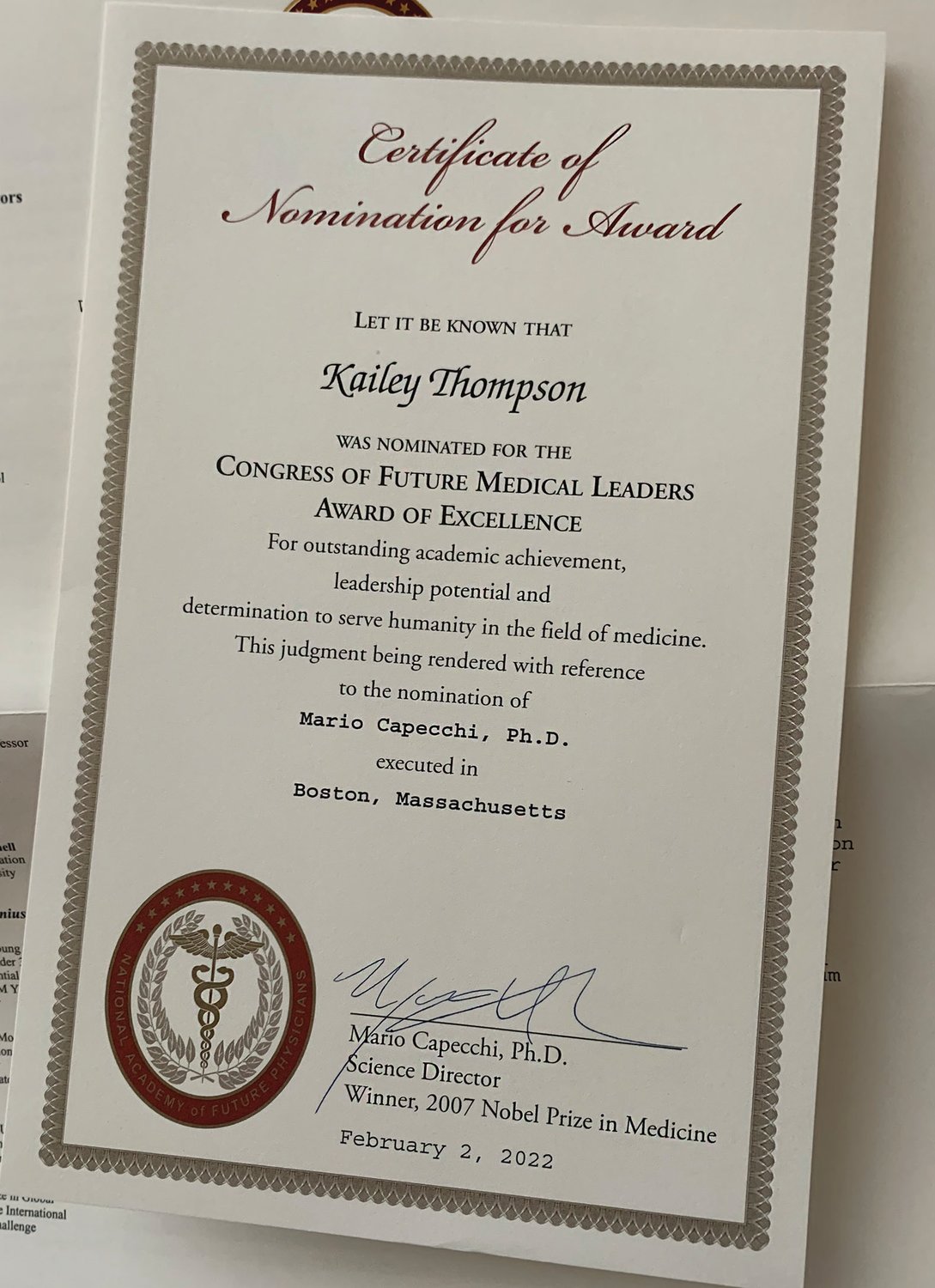 On February 2, 2022, The Blade released a heartwarming article, One Breath At a Time; an honor student's journey from NICU baby to NICU nurse, about 16-year-old homeschool student, Kailey Thompson. A young senior, who plans to graduate high school a little earlier than most. Inspired by the hands that saved her as an infant, Thompson hopes to pursue her dreams of becoming an NICU nurse immediately following graduation. On that same day, February 2, while many of us were drinking our coffee and reading her inspiring story in the morning’s edition, she was receiving a nomination of estimable honor – The Congress of Future Medical Leaders Award of Excellence, the nation's most prestigious honors program that recognizes top-performing future medical professionals. A highly selective organization that acknowledges academically outstanding high school students who are committed to serving humanity via medicine. To attend or even be considered for the award, all students must have a minimum GPA of 3.5. The chosen student is also the one who will represent their school and state as a Delegate to the Congress of Future Medical Leaders. “I was so happy and excited when I was nominated.” Thompson said, while looking at her certificate that was signed by Mario Capecchi, Harvard’s Science Director and a 2007 Nobel Prize Winner in Medicine. “It’s very surreal to even be considered for such a prestigious honor.” Thompson plans to graduate high school through Penn Foster in the Fall of 2022. Her objective afterwards is to obtain a Bachelor of Science from The University of Georgia before attending Emory University’s Neonatal Nurse Practitioners Program. In her spare time, she enjoys playing with her beloved Yorkshire terriers, Arlo and Georgia and spending quality time with her nieces, Mille and Mason Watkins and her nephew, Nolan Williams. Kailey is the daughter of Penny Porcel, Emanuel County native and current resident of Loganville, and Keith and Tracy Thompson of Swainsboro. Her maternal grandparents are Gail Porcel and the late Fred Porcel of Modoc and her paternal grandparents are Gail Thompson and the late Billy Thompson of Nunez. Her siblings are Jayce Thompson, Matthew Thomson, Megan Thompson and The Forest Blade’s own, Brittany Hall, all of Swainsboro. Hall, who wrote Thompson’s feature back in February of this year says, “I’m so proud to call her my sister and even more proud to share her accomplishments with the local community. In the most unbiased way, it’s exciting to see and share my little sister’s featured “refrigerator journalism,” as our Publisher Gail Williamson would say. I cannot wait to see what news content I’ll type up next regarding her accomplishments. Her wisdom is beyond her years, and I could not be more proud of the intelligent, young lady Kailey is becoming.”