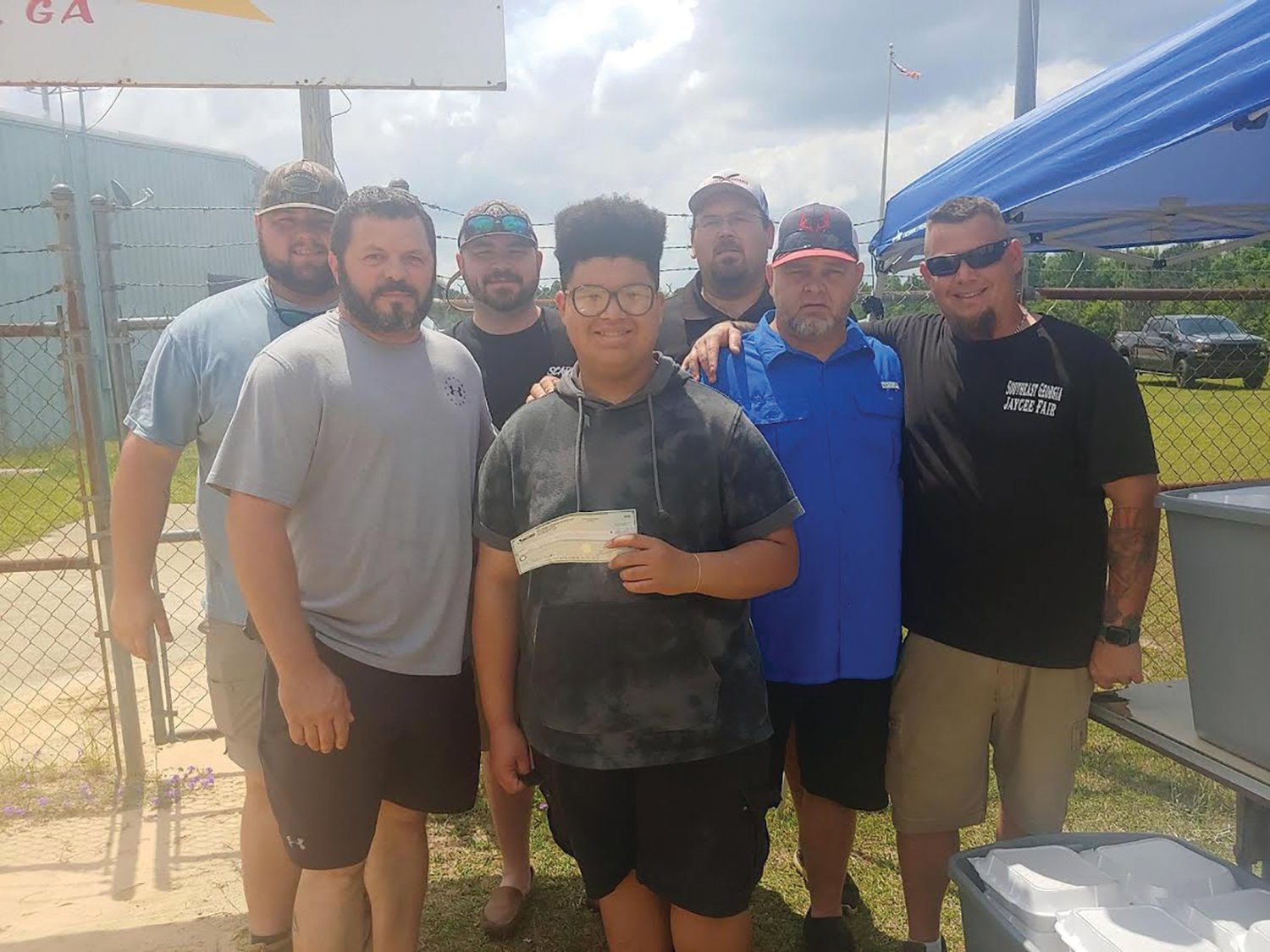 M. Barrie, the mind behind the beloved classic, Peter Pan, left the world with one request of humanity; “Always be a little kinder than necessary.” Though 14-year-old Joseph Esparza may not know this famous novelist or the words that he left behind, he certainly embodies Barrie’s wishes each day by simply living a happy life with an altruistic attitude. Currently an 8th grade student at Swainsboro Middle School, Joseph has been an active member of the BETA club for 5 years now, being inducted while he was in the fourth grade. The academic organization prides itself on being the coterie of scholastic excellence, promoting the ideals of academic achievement, character, leadership and service among elementary and secondary school students. Members are expected to lead by example and must follow all rules set in the Beta Club by-laws while maintaining an unweighted GPA of 3.5 or higher. “From a teacher’s perspective, I have seen that Joseph’s servant heart is what sets him apart from most other students.” Joseph's teacher, Marcie Gay, thoughtfully said about the teen, after witnessing firsthand, the compassion that he instills for others during a school trip last fall. “Back in November, SMS took a group of about 50 kids to the state Beta Convention in Savannah.” She began to explain. “While there, we spent a few hours at the trampoline park. During our visit, a homeless, disabled veteran rolled into the building in a wheelchair. He went to the vending machines to get some chips, but he couldn't reach the numbers, so he asked me for help. After getting his chips, the man was about to leave when Joseph approached him and gave him some money. The old man teared up, thanked Joseph, and said ‘Now, I can go to Waffle King and eat something good.’ The gesture really touched my heart. Even though service is a pillar of Beta, many of our kids rarely exhibit that quality.” When asked what prompted him to help the veteran, Joseph gave a response of admirable measure. “My grandpa is a disabled veteran who fought for our country to keep us safe, and I know how hard it can be to overcome some of the things that they have been through, so, I wanted to try to give back to him.”Joseph's exemplary behavior was highlighted more recently on Sunday, April 26th when the Swainsboro Jaycees graciously hosted a benefit fundraiser to help the Beta kids attend their National Convention this summer in Nashville, Tennessee. “He was the only kid that showed up to help.” Marcie proudly stated. After the event, the Jaycees presented Joseph with a $400 check to pay for his trip to Nashville, in full. Jaycee member, Joey Blackmon, immediately shared a heartfelt message with the combined thoughts from the Jaycees in honor of Joseph's compassion and effort to always contribute. ‘Sunday, a young man named Joseph Esparza showed our community heart and drive to help others! To see that just one student came to help was kind of a bummer, but the way he interacted with our community, who purchased plates, by making them feel excited knowing that they were helping, assured us that he was the only one needed for the job! His devotion to his community and classmates is inspiring and we as men and leaders in this community need more young men like Joseph to shine in the world! He didn’t know this, but 3 of the Jaycee’s that he met are combat wounded veterans, and just now hearing his story of how he helped the veteran in Savannah, humbles me to know what a bright and powerful future he has! We at the Swainsboro Jaycees hope that he has a blast at nationals!’ Joey later said in his own words that, “Joseph is an example to everyone his age. The others could learn from him by delegating time away from social media and electronics and interacting more with their community to see how much each child means to those who support them both in school and outside in the community.” When inquired about why he decided to show up to help during his weekend and time away from school, Joseph modestly said, “I wanted to try and help pay for my classmate’s trip so they can go and enjoy themselves. Also, I wanted to help my teachers because without them we would not be able to do the things that we get to do.” While Joseph deserves all the good that life has to offer, he says that receiving a check is not something he ever expected. “I was very surprised when they approached me with the check. I was only expecting to hand out plates and help my teachers.” It’s hard to distinguish truly genuine people from the rest of the world today, it’s even more difficult to meet someone who encompasses kindness in everything that they do without expectation of gratitude from their actions, but Joseph is a humanitarian without even realizing it. Always seeking to be better for the welfare of our community and the people within it. “Service, leadership, character, and academic excellence are the four pillars that form the foundation of Beta Club. Joseph is always dependable and willing to help in any situation. I feel like these are qualities that will best lead him to success.” Marcie concluded with moral approval while envisioning Joseph's bright future. Like the quote by Jim Rohn, says, “A good objective of leadership is to help those who are doing poorly to do well and to help those who are doing well to do even better.” Joseph is paving the way for others to thrive and succeed while lending a hand wherever its needed. He’s a peacemaking ground breaker with a glistening tomorrow in his hands.