The Doolittle raid, the day we knew we could win 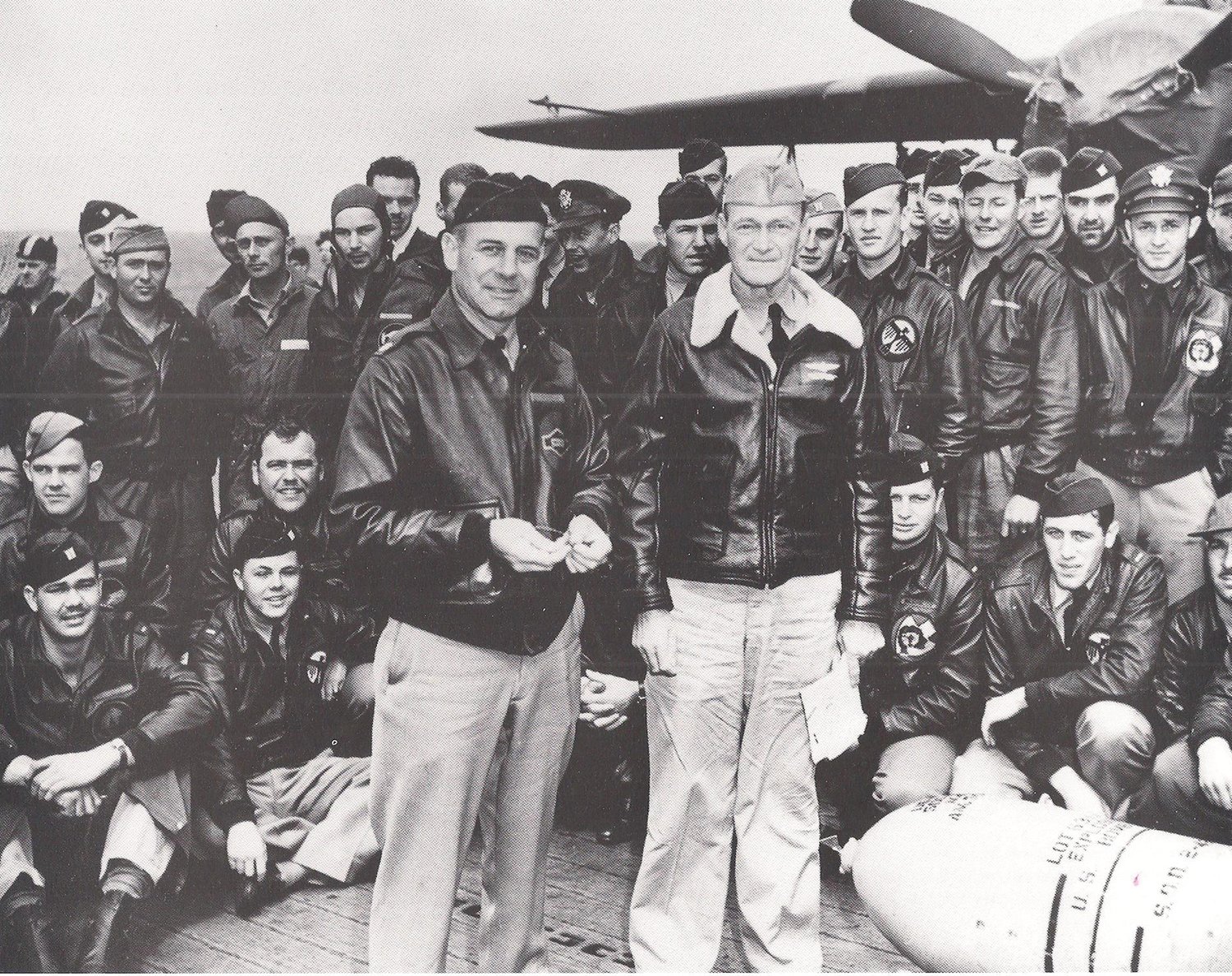 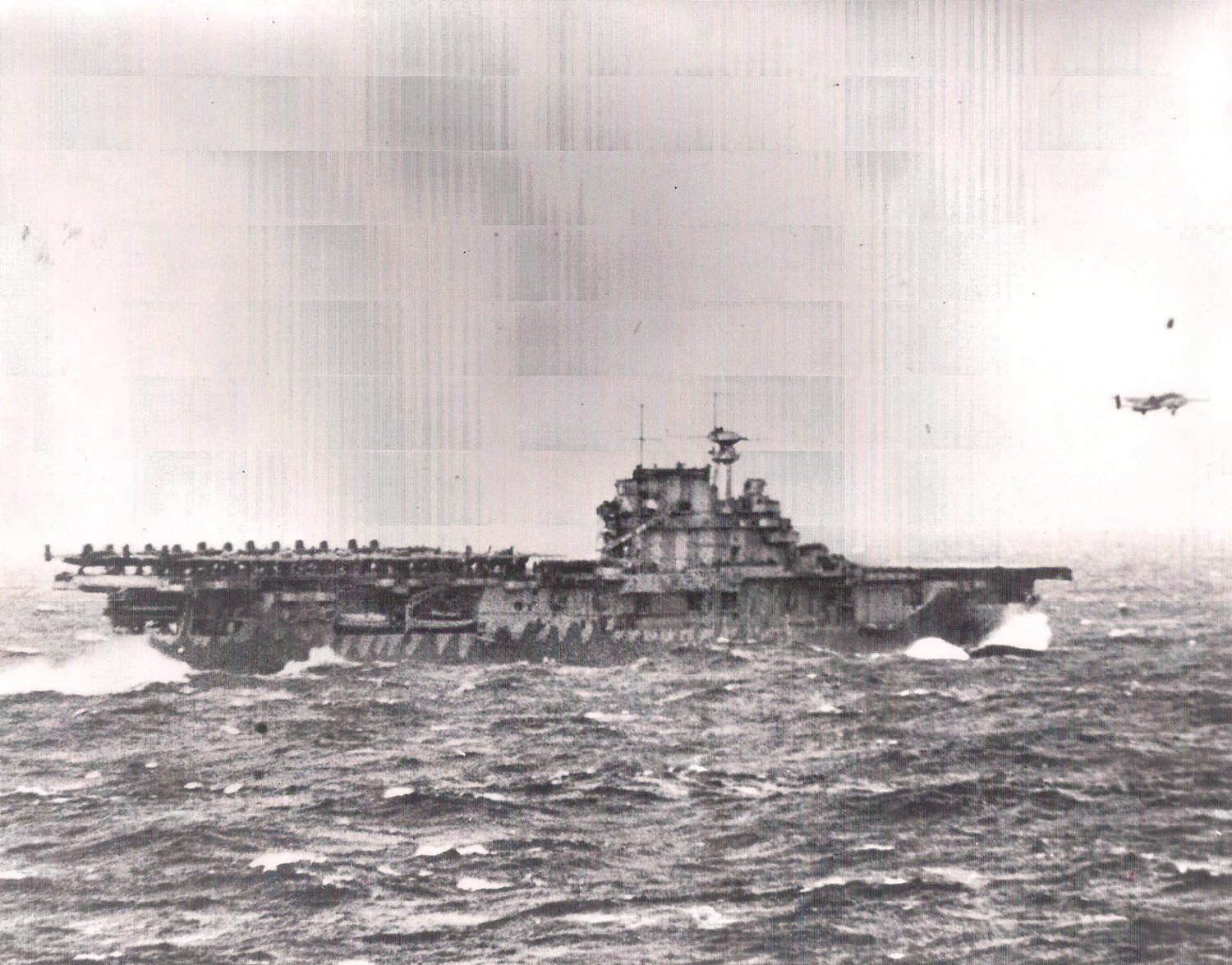 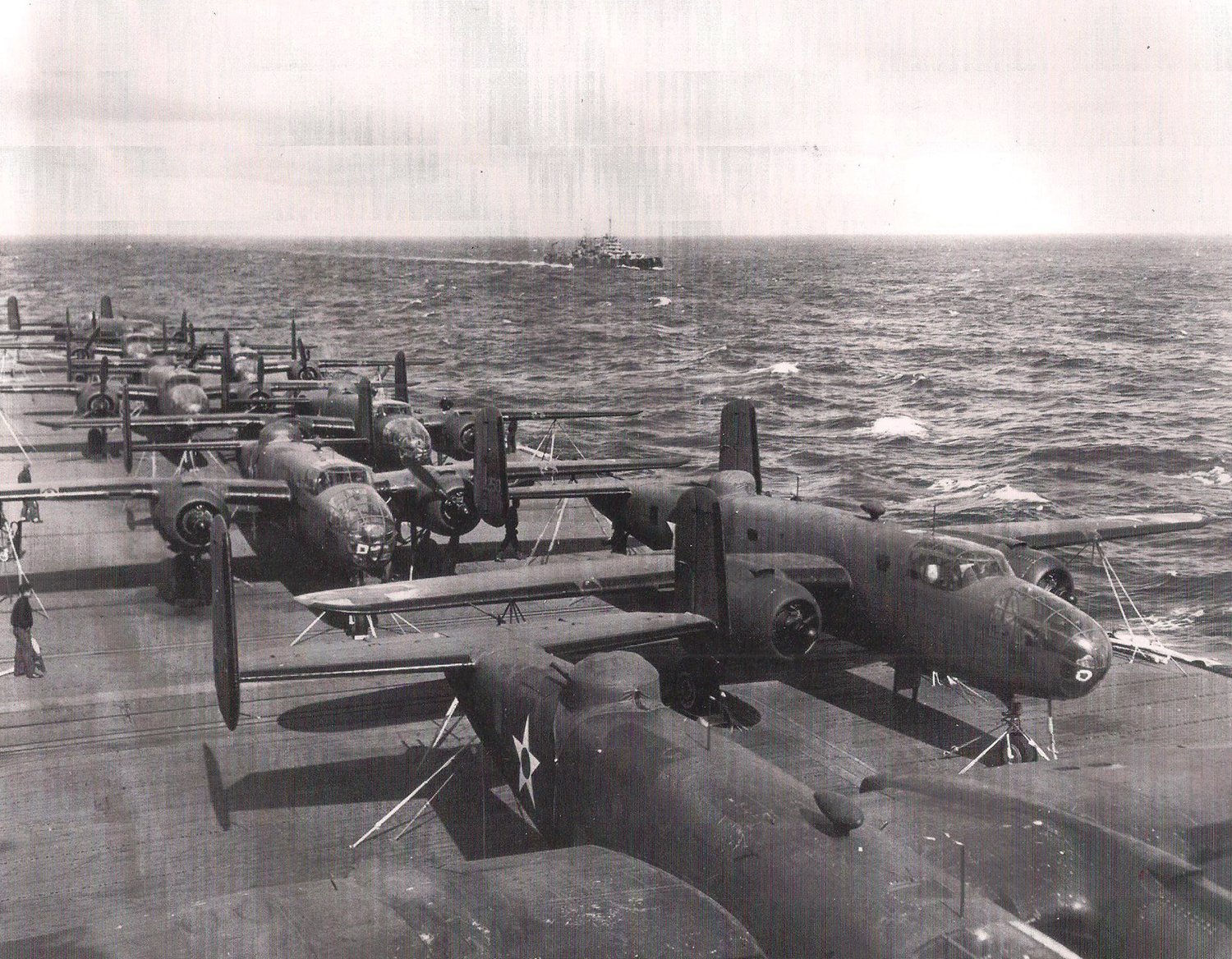 As a patriotic American, over the next several years, you should honor and remember, with justifiable pride, the 80 th anniversary of many major events of World War II. The first of these memorable milestones is almost upon us. The April 18, 1942 Doolittle raid against Japan was

not one of the great battles of the war. But the effect it had on the outcome of the war was incalculable.  In the few months after the December 7, 1941 Japanese surprise attack on Pearl Harbor, the American public was in a state of shock and depression. The nation had been jolted involuntarily into World War II and was thirsting for revenge, but instead, had witnessed a continuous series

of disasters. Many Americans feared the war could be lost.

The Japanese had overrun and now controlled most of the Western Pacific. The American possessions of Wake Island and Guam, and worst of all, the Philippines, had fallen in the onslaught. We watched in horror as the British lost Hong Kong and Singapore, and the Japanese advanced to just North of Australia and began bombing the Aussies.

Things were just as bad in the Atlantic as German U-boats were having a field day torpedoing American merchant ships only a few miles offshore from Maine to Florida. Citizens along the coast could actually see the flaming wreckage of burning ships. Effective anti-submarine warfare was still a year away.

America desperately needed something to inspire hope. In the midst of this atmosphere of gloom, President Franklin Roosevelt and the American high command hatched a plan of stunning audacity, almost to the point of recklessness. That hope would come in the form of world-famous test pilot and master of aerial innovation, Col. Jimmy Doolittle, who was handpicked to lead a bombing

raid against Tokyo and several other Japanese cities.

An all-volunteer force of 80 men would strike back against Japan by flying 16 B-25 medium size bombers launched from an aircraft carrier that would sneak deep inside Japanese controlled waters. They would drop their bombs over several Japanese cities and then fly southwest over Japanese occupied China until they reached landing sites still held by the Chinese. This amounted to an almost suicide mission.  However, there was a fundamental problem to be overcome. The B-25 was a land-based bomber. It was neither designed nor ever intended to have the ability to take off from an aircraft carrier.  So a crash program for special training and special modification of the bomber and its five man crew was implemented in a rush. The B-25’s had to be stripped of much of their armament and every other source of unnecessary weight to substantially lighten them up. The crews had to learn to rev the engines up to previously unimaginable RPM, with the plane shaking violently, before releasing the brakes and attempting to take off on a runway so short, it was thought to be impossible.

Returning to the carrier was not an option, so there was no need to train for a landing.

The men did not initially know the specific details of their mission, but were told it was vital to the war and many would probably not return. These were highly motivated men who embraced their training and would not be deterred. They arrived in San Francisco in early April, 1942 and were loaded onto the aircraft carrier HORNET, along with their sixteen B-25’s.

The plan was to secretly penetrate into Japanese controlled Pacific waters until the HORNET, along with the carrier, ENTERPRISE, and other escort ships, were roughly 550 miles from Japan. The risks here were enormous as the Americans only had four remaining aircraft carriers in the Pacific and thus were putting 1/2 of their naval air power in jeopardy.

By 1945, the American “arsenal of democracy” would have an amazing 25 aircraft carriers deployed in the Pacific, but in 1942 losing two of four carriers would have been a crippling blow that would severely limit American naval activities. The aircraft carrier had replaced the battleship as the premier weapon of naval warfare. And at that moment the Japanese had eight carriers compared to the American’s four.  All hopes of success for this bold, risky plan were predicated on surprise. Surely, after their continuous run of victories, the Japanese would never expect the Americans to consider such a chancy military operation. The Americans were counting on getting close to Japan without being discovered, and betting that Japanese air defenses would be unprepared.

A serious problem developed when the HORNET and its small accompanying convoy got to within 750 miles of the Japanese coast. They sighted a small Japanese picket vessel which was quickly blown out of the water. But what was unknowable was whether the Japanese vessel had managed to send a warning that could destroy the element of surprise.

Launching the B-25’s 750 miles from Japan meant the Raiders would not have enough fuel to make it to the planned friendly landing bases in China after dropping their bombs. Every B-25 would have to find their own best site to bail out over China or attempt a controlled crash landing along the Chinese coast, and pray for the best.  Doolittle decided they had to launch immediately. All sixteen B-25’s successfully took off from the HORNET and skimmed at a low altitude just over the waves to avoid radar and visual sighting as they headed for Japan. Once they passed the coast, they continued at tree top level still hoping to remain undiscovered. As they approached their targets, the B-25’s then made a quick climb to 1500 feet to drop their bombs.  Twelve planes bombed Tokyo and four bombed other cities. Amazingly, all targets were hit and minimal air defenses were encountered. The critical element of surprise had worked in favor of the Doolittle Raiders.

The tactical damage from the bombing was minimal, but, the strategic importance of the raid to American morale was huge. Not wanting to divulge details of the mission, when President Roosevelt was asked by the press where the planes had come from, he famously replied “from

Shangri La”.  Knowing they would run out of fuel, the Raiders headed toward China, all the while planning how they would abandon their plane. Eleven crews bailed out, four attempted a crash landing, and the one plane lowest on fuel chose a shorter route to land in the Soviet Union where they were interned by the Soviets.  Miraculously, 77 of the Raiders survived the mission, 8 were captured by the Japanese, of whom 4 died in their brutal captivity. Chinese peasants were crucial in helping the survivors avoid the Japanese. However, they paid dearly for their assistance to the Americans as ten thousand or more were executed by the Japanese as retribution.

When Colonel Doolittle returned home to the States, he was promoted to General and awarded the

Congressional Medal of Honor by President Roosevelt. After nothing but bad news, the story of the Doolittle Raid transformed in the most positive way imaginable the psychological mindset of the American people.  In January of 1944, Doolittle was made commander of the heavy bombers of the Eighth Air Force in Great Britain. It was Doolittle who led the Mighty Eighth in their deadly strategic bombing campaign against Germany that destroyed their ability to wage war effectively.

Sadly, the last surviving Doolittle Raider from this famous mission, Richard Cole, of Comfort, Texas, died in 2019 at the age of 103. He was Doolittle’s co-pilot in the lead plane.

Japanese leaders were in shock at the audacity and success of the Doolittle raid. Without question, this strongly influenced the finalizing of their plan to expand their reach by attempting to capture the American island of Midway, a mere 1,000 miles from Hawaii.

The success of the Doolittle Raid emboldened American commanders to send an outnumbered and outgunned American fleet to intercept the Japanese invaders. The Japanese were again caught by surprise as the Americans pulled off the “Miracle at Midway”, and sunk four Japanese aircraft carriers which turned the tide of the Pacific war. After Midway, it was the Americans who were on the offensive until the surrender of Japan in September of 1945.  Rarely in history has such a compelling and successful military operation as the Doolittle Raid demonstrated such an amazing combination of incredible daring, incredible bravery, and incredible luck.

This coming April 18 may not be one of the most widely celebrated 80th Anniversary commemorations of WWII, but it should be. It was the Doolittle Raid against Japan that electrified and motivated a depressed country, and was the day we knew we could win.