Strobridge to celebrate 50 years of service! 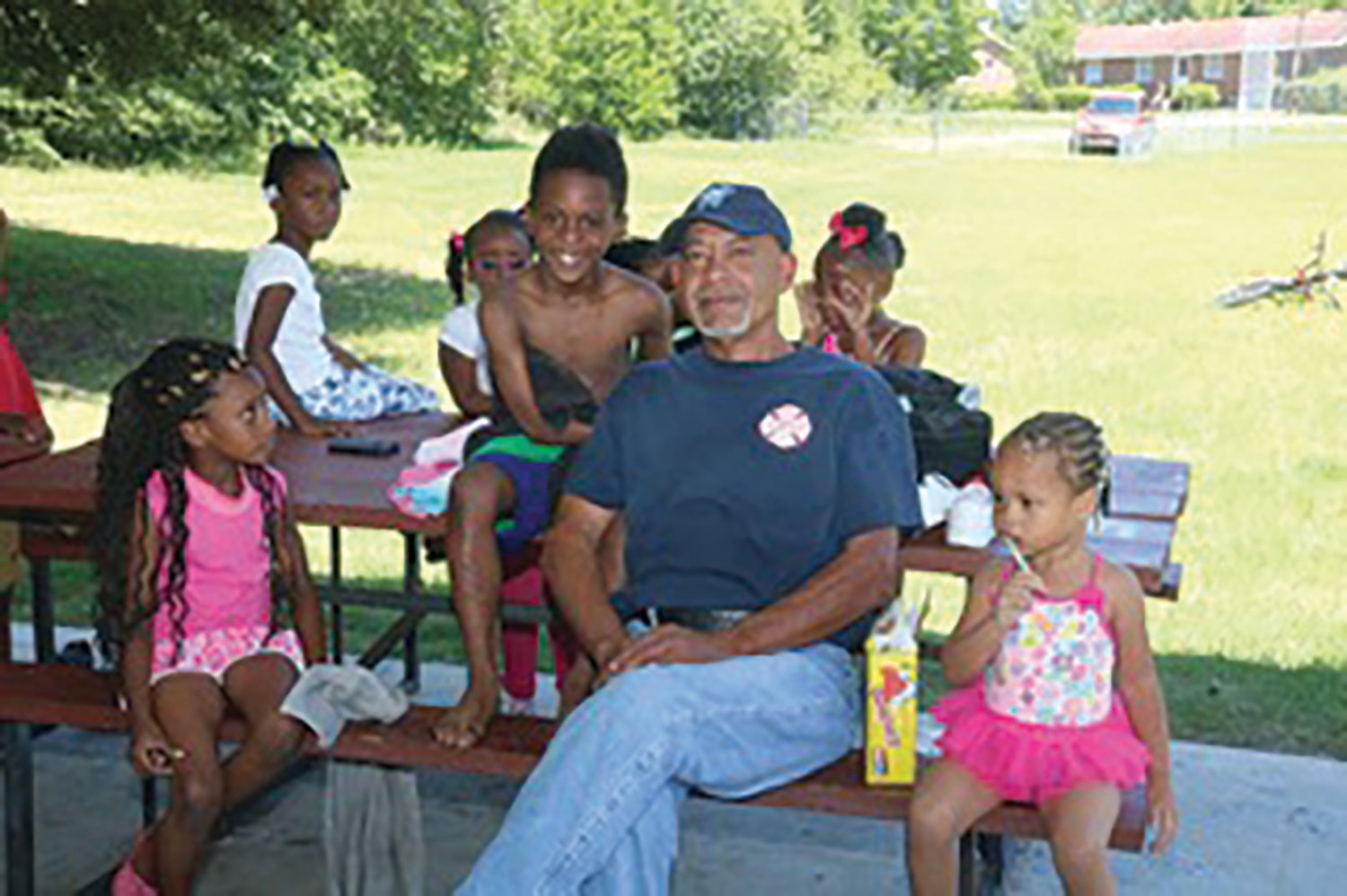 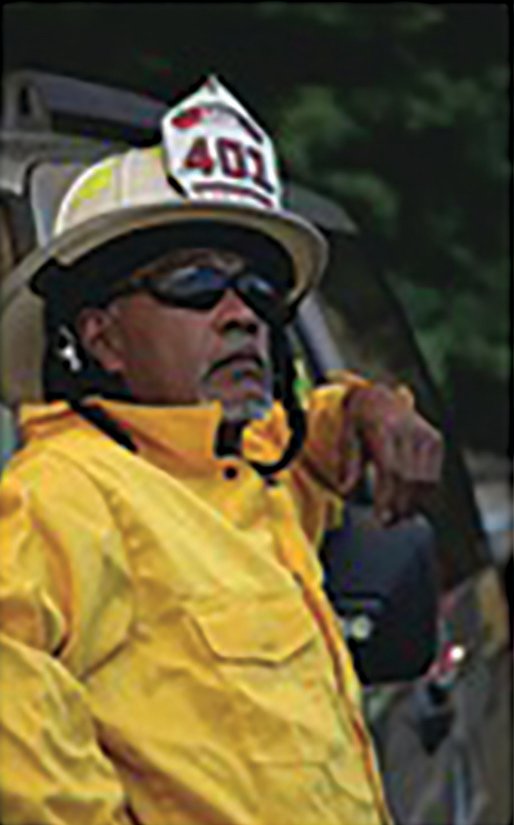 The real heroes are those that are working to protect us and keep us safe each day, like firefighters. While they are often overlooked in the community, they never hesitate to come running to save people in any emergency. That’s why they deserve our appreciation, especially one who has devoted most of his life to saving others.

In 1972, Mike Strobridge was a 16-year-old kid who began devoting his time to a volunteer program called the Fire Explorers Group. The program gave teenagers first-hand experience in what it mentally and physically took to be a professional firefighter. Participants received fire service training under the supervision of trained firefighters so that they could go out into the field during the day while the adult volunteers were at work.

“The fire department wanted to get some high school kids together that could leave the high school and go to fires in the daytime to help because all the men were at work during the day,” Strobridge explained. During this time, you could always find young Strobridge riding on the back of the engine’s tailboard or preparing the hoses for emergency calls. It was a job that he said his mother pushed him to occupy so that his time was spent in a positive working environment instead of running the streets when he wasn’t in school.

“At that time, my dad was deceased, and my mom spent her days working. So, I spent my summer days at the local fire station working as a firefighter,” he said.

This was a position that Strobridge loyally remained in until an opportunity for change presented itself in the form of a move from Swainsboro to Atlanta. However, his roots and passion for helping others continued to call out to him, referring to a core memory of when he knew that he was meant to pursue a career in first response. “My mom and I were coming back from Albany from visiting my older sibling at Albany State.” He began to explain, “We were taking the backroads between McRae and Swainsboro when we came across a wreck and there was nothing that we could do. I was a very young kid, but it was at that point in my life that I said to myself, ‘I don’t ever want to be caught in a position like this again. I want to be able to know what to do and help.’ I remember that day vividly and how deeply it affected me.”

So, in 1983 Strobridge made his way back home and was contacted by Swainsboro’s second fire chief, Jake Wilkerson, who offered him a full-time position at Swainsboro Fire Department. This was an opportunity that Strobridge enthusiastically took on. However, after accepting this offer, Strobridge began to show interest in the medical services of public works as well and pursued a position with EMS while also remaining loyal to his duties within Swainsboro Fire Department.

“I remained with EMS for 25 years while also working full-time at the Fire Department.” He explained, “Both jobs were very rewarding because I wanted to serve the citizens of Emanuel County, but I was moving up in ranks at the fire department, and a lot of my time was occupied with new responsibilities after taking on the position of training officers there and having to deal with more fires. I knew at that time that I had to make a decision on my profession, because I couldn’t continue to do both. So, I continued working through the ranks at the fire department,”

In 2002, Mike Strobridge was given the well-deserved title of Fire Chief. A rank that he has earned over the course of 50 years. “When I was elected chief, I didn’t know what to do with it at first because I hadn’t thought that far down the road,” he explained. “So, I sat down and evaluated the department as to what I felt it needed so that we could push towards a positive future.”

Since his time as Chief, Strobridge has accomplished many things including obtaining new gear and a training facility for the firemen through grant money so that it wouldn’t cost the citizens dollars. He also added an engine with a ladder attached so that our County would no longer have to borrow one from other surrounding counties. “The things that we needed were not free, but I never wanted to cost the citizen’s money.” He said, “So, I investigated on how to obtain grants for the necessities of the department. The guys needed their own gear, so we received grants to buy brand new gear for everybody. We didn’t have a training facility which is something they also needed so we got to work on getting it funded. We got a new fire station which was something that took time, but SPLOST was a Godsend that helped us financially cover that. We also never thought that we would own a fire truck with a ladder but thankfully we obtained that as well which has been an incredible addition to our station.” Although Strobridge has aided our county in a multitude of ways, his greatest achievement is the standard that has been met through his commitment to servicing our community. It’s through this standard that Swainsboro now exists as a three on the ISO rating chart which is ultimately a benefit for homeowners within the city limits. “When I took over our ISO rating was a five or a six so the question was, ‘How can we improve our department to make our insurance cheaper for our community and its citizens?’ The goal was to focus on what we can do so that every citizen in Swainsboro, every business owner, and every industry would have cheaper insurance and that starts with the Fire Department's ISO rating.” Strobridge explained, “Every department's goal is to be number one and we can be number one but there are limitations to what we can do and it’s going to take more personnel to get there. Are we very proud of our three? You better believe it because at one time, before the growth of our community, you wouldn't see a three, you might see a five so a three is truly fantastic for our size community especially when you consider New York and Los Angeles who are both one’s.

It was through this astounding ISO rating that our city was able to be presented with a $609,490.06 check by Strobridge, at the November 7, City Council Meeting. However, Strobridge says that meeting this requirement has been the greatest challenge of his role overall and that it is a constant, every day, commitment.

“We have struggled, we have pushed, we have educated, we have trained, we have gotten grants, and we’ve got supportive citizens that have helped us to get to where we’re at, but to get there and stay there is the everyday fight because we want to remain in this position and keep those classifications.” He explained. “The better off our Fire Department is, the better off our citizens are too, but if we slip just an inch, the insurance of our citizens will go up. What people don’t really understand is that we save lives and money at the same time, we’re the one service that does that. The fire department isn’t a profit organization, but we bring in money because of our capabilities and the benefits that they have created. It took a long time to accomplish and it’s still taking some time because we’re currently a three, which is great, but we’re always working for better.”

Even though our amazing Chief Strobridge has helped our community in ways that far expand his line of duty, he added that these impressive accomplishments could not have been achieved without his team.

“The general idea of a firefighter is that they just fight fires but that’s the least we do. We run a lot of medical, we do a lot of training, we must inspect every business in Swainsboro and so much more.

A basic day in our firemen’s shoes is a difficult one. Every day, including weekends and holidays, they must go into work and check off every piece of equipment to ensure that they each run smoothly and precisely. They must go through documented and approved training every day, including Saturdays and Sundays for over an hour to ensure that they are meeting the necessary requirements. It’s during these hours that they also must make time to spring into action when an emergency occurs. Then when they get home, instead of resting, they’re still on the job because most fires occur between 11 p.m. and 7 a.m. and even after they get a moment to rest, they’re still willing to spend that time educating the public on how to be safe and prepared, because that’s where their heart is. “We’re a different breed. If we were to take a psychological test, we would fail because even rats and roaches run out of burning buildings, but we go into them. We’re not 9-5 convenient. This is a career that must be instilled so deep in you that it’s in your soul and your blood. It’s a calling to be a firefighter, a law enforcement officer, or in EMS because of what we see and what we do.” He explained. It’s through this devotion that makes it easy for us undeniably call these brave men our heroes, however, Strobridge denies that title and instead claims that he’s nobody’s hero.

“Don’t call me a hero. Trust me when I say to you, it is the men and women of the fire department, it isn’t just one person. Mike Strobridge is not the fire department, I’m just one of the many pieces of the puzzle that it takes to put it all together and I am so proud of my folks. They make it what it is.” He said with a smile, “We are not heroes. You will never get a firefighter to call himself a hero. The hero is the man who’s down the street that ran into his house to save his mama, but this is our job. We’re not heroes. It means more than anything to us for someone to simply say thank you for your service but don’t call me a hero.”

In January of 2023, Strobridge will be celebrating 50 years of relentless service that he’s provided for our community through Swainsboro Fire Department. Although, this is his livelihood, he says that it’s time to hang up his helmet and look forward to a well-deserved retirement.

“I’m getting ready to retire. It’s time to bring in new blood and new ideas. I turn 65 in December, and I feel that I have carried the department as far as I can because my goals were met.” He said as he reminisced, “I honestly think that it’s time to bring in a new chief with new ideas, a drive, and the energy to continue to make sure that the requirements of the Swainsboro Fire Department thrive. I’ve had my time; I've had my era and now I’ve come to the end of my profession. It’ll be tough but when you’re so committed to public service you don’t really have a life. Your life is to public service. I’ve come to the realization that I’d like to travel and see the world and have some time where I’m not sitting with a radio in my hand 24 hours a day 7 days a week and just have a life. It’s time to have some fun and live.”