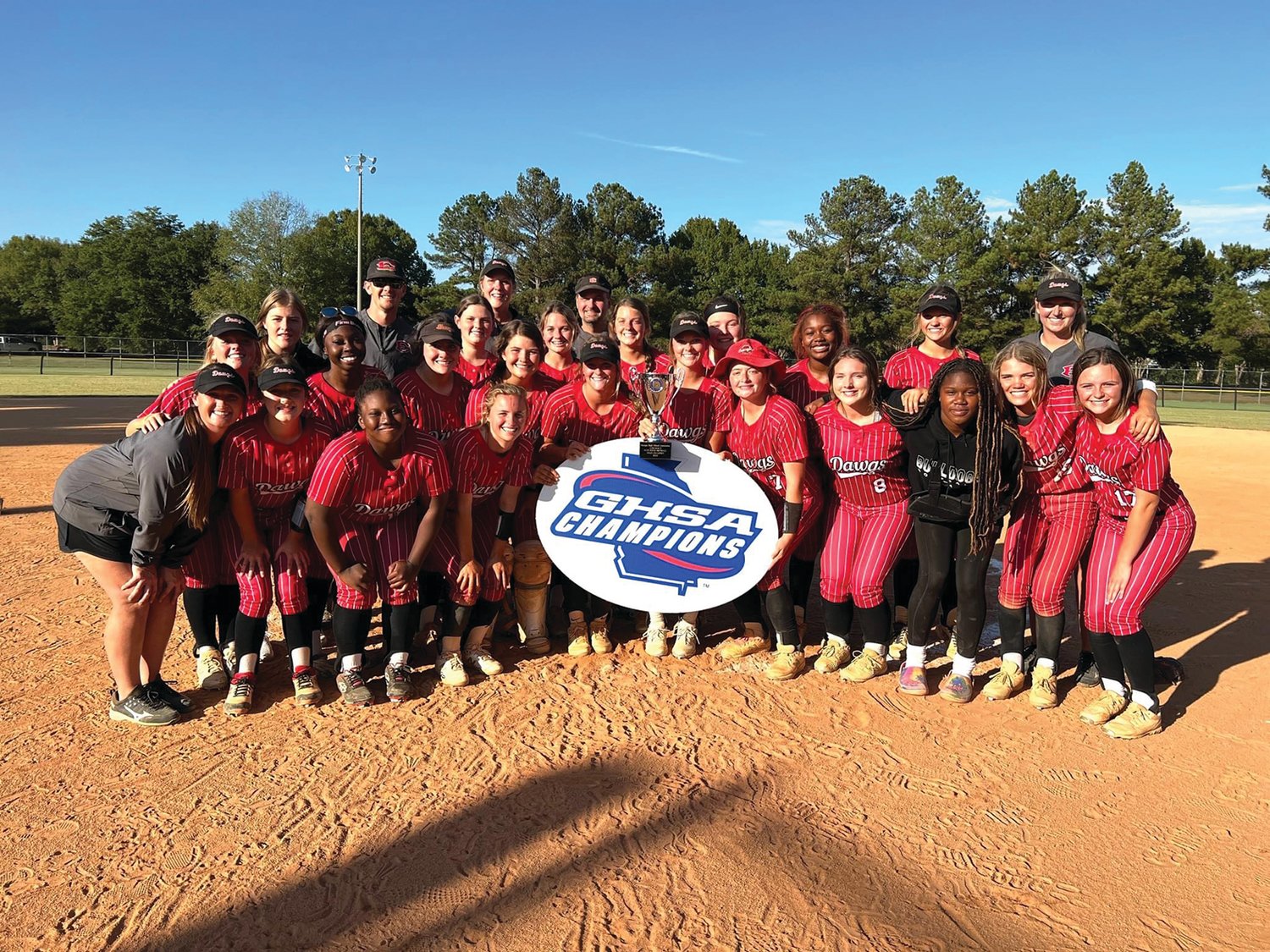 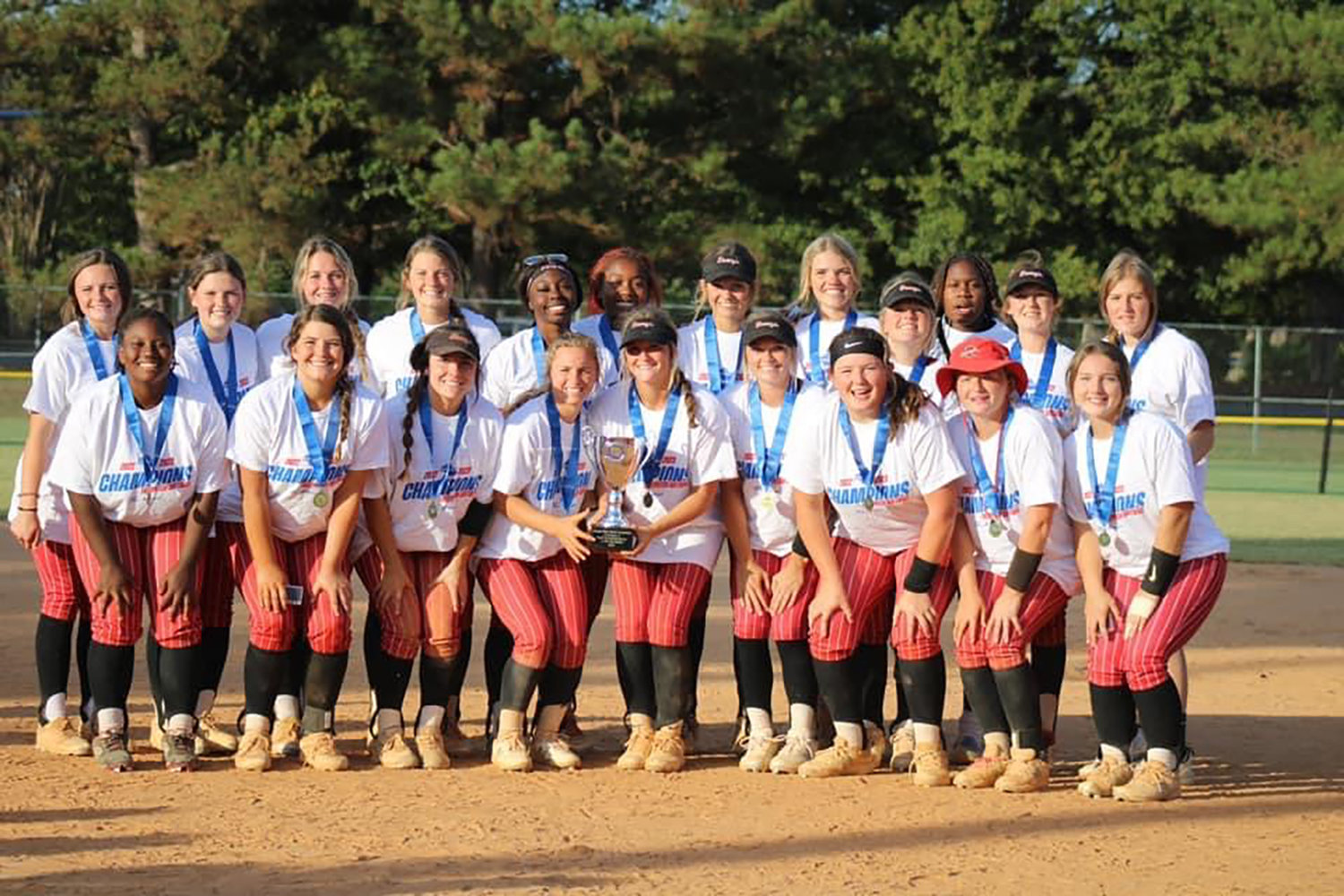 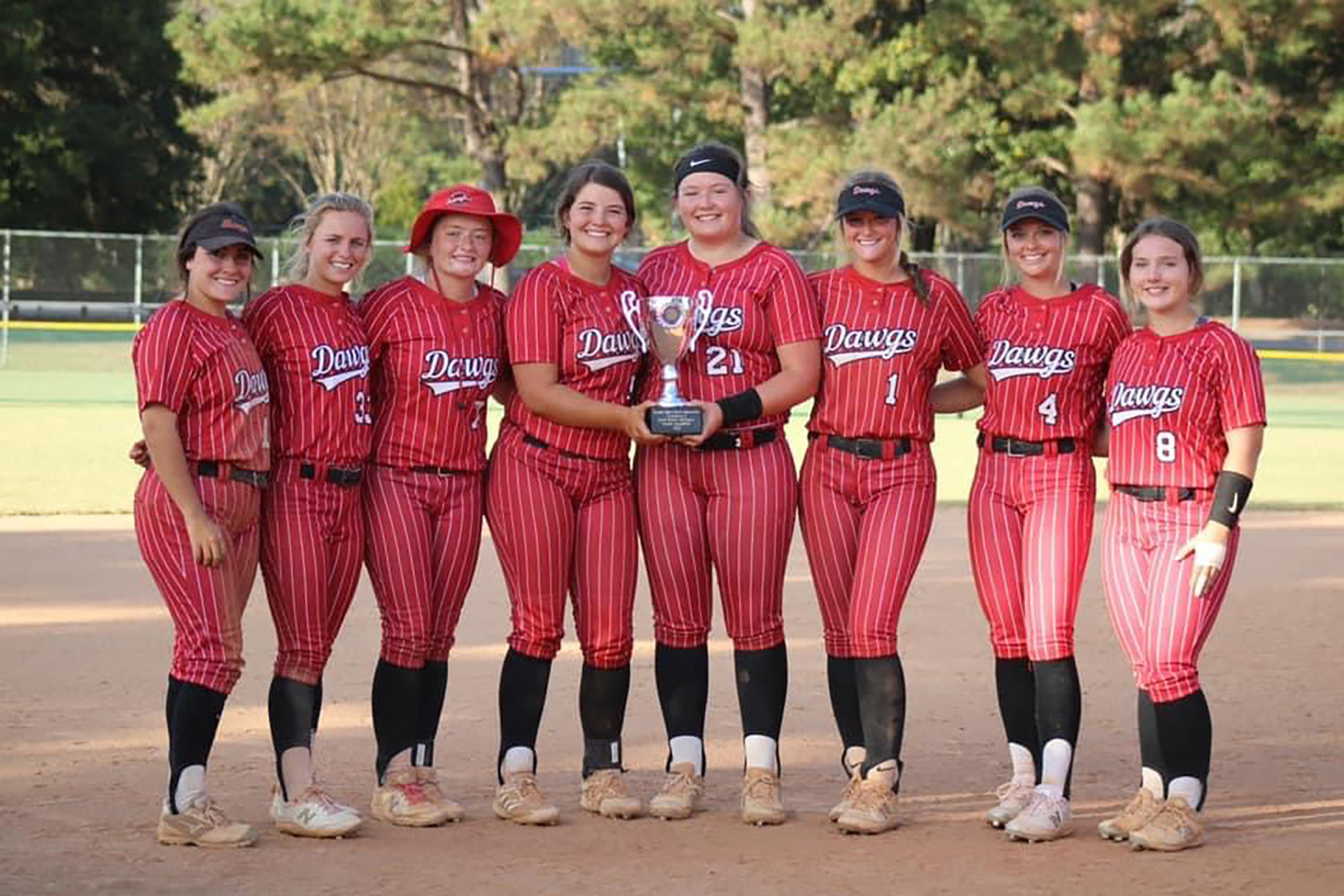 The Lady Dawg softball team has placed 7 region championship trophies in the trophy case at ECI the last 10 years.  The one missing hardware was that elusive state championship wood and metal.

The Bulldogs added that trophy last week in Columbus while winning 5 of 6 games to capture their first Softball State Championship.

This marks four consecutive years the Lady Dawgs have advanced to the Elite 8 of the state playoffs.  They left Columbus in 2021 as the third ranked team advancing to the final four.

With their backs up against the wall, the Dawgs won the championship in workman-like-fashion winning 3 games on Saturday against 2 of the best teams in the state.

They not only won those 3 games but allowed just 2 runs during the final 3 games while scoring seven.  During the tournament, the Lady Dawgs outscored their 6 opponents 23-5, allowing runs in just 2 games with 4 shutouts against the state’s best teams.

There are reasons that coach Frank Wimberly schedules his teams against some of the best in the state in the regular season.  This year the Lady Dawgs played teams in every classification from 7A to single A to prepare them for the scenario that happened in the Elite 8 in Columbus.

One of the hardest accomplishments in a double elimination tournament is to come out of the losers bracket after losing a game, having to win 3 games the final day, facing elimination.

There were elite defensive plays, plate appearances, and pitching for the Lady Dawgs last week.  Like most sports, softball is a team sport, and this was a team win.  Individual stats won’t be mentioned here in this article.  There will be many coming from region and state including, all-region, all-state and possibly another player of the year again this year.

The Lady Dawgs began the tournament Wednesday facing Bowdon in the first game.  They took a 1-0 lead in the first inning and never looked back to win the game 5-0 for their first shutout.

Thursday had the Bulldogs playing Hawkinsville.  Like the game against Bowdon, ECI took a first inning 1-0 lead.  They scored 2 in the fourth and one more in the fifth to win the game against the Red Devils, 4-0 with their second shutout of the tournament.

Friday, the Bulldogs faced Lanier Co., with both teams undefeated in the winners bracket.

For the third game in a row the Dawgs took a 1-0 first inning lead.  The game stayed that way until Lanier put 2 on the board in the bottom of the fifth, to put the Bulldogs in the hole for the first time in the tournament.

The Lady Dawgs fought back to tie the game at 2-2 in the top of the sixth.  Both pitchers and defenses kept the game tied forcing extra innings, tied at 2-2.  Lanier took the game in the bottom of the tenth inning to win 3-2 putting the Bulldogs in the losers bracket.

Lanier was in the driver’s seat going into the final day of the tournament Saturday.  To lose the tournament, all they would have to do is win one game to capture the title while their opponent would have to beat them twice.  They could sit back and watch to see who they would face in the championship game while GMC and ECI fought it out in the first game.

No matter who won, the Bulldogs would take home the trophy, GMC Bulldogs, Lanier Co. Bulldogs or ECI Bulldogs.

After a shaky first inning defensively against GMC, ECI found themselves down 1-0 in the first inning.

The Lady Dawgs tied the game in the second inning and took the lead in the third for a 2-1 score.  GMC fought back to tie the game in the top of the fifth.  ECI matched that run in the bottom of the inning to lead 3-2.

The Lady Dawgs pulled away in the bottom of the sixth inning, scoring 4 runs and held on for a 7-2 win, advancing to the championship game against Lanier Co.

With their backs up against the wall the strength of schedule showed up for the Lady Dawgs.

The two pitchers and defenses showed their elite status in the first game of the championship.  Both teams took a 0-0 tie after seven regulation innings allowing just 3 players, two for ECI and one for Lanier to reach scoring position.

The Lady Dawgs broke through in the top of the eight, scoring the game’s first run to lead 1-0.  Lanier went down in order in the bottom of the eight with ECI taking the game in championship fashion, 1-0.

With the state championship on the line the Lady Dawgs and Lanier would have another nailbiter to determine who would take home the title.

Up 4-0 the Lady Dawgs stranded a Lanier runner at second in the bottom of the seventh, posting their second shutout in the championship games, taking home the championship back to Twin City.

The following are comments from head softball coach Frank Wimberly when talking about his team’s performance during the tournament.

“We just kinda settled down after our loss on Friday.  We were initially torn up, but we just recentered on enjoying our last Saturday together as a team.  Just have fun and compete was all we asked of them, and they just settled in.  The defensive effort turning 6 double plays in crucial moments over those 4 days was huge.  Charla Clifton’s Saturday is maybe the greatest performances I’ve seen in high school sports.  She didn’t have her best three days going into Saturday and attribute a lot of that to nerves, just knowing “this is it”.  But she said she was pitching until her arm fell off if that is what it took.  She locked in and against two top 3 teams in the state only gave up 2 runs in 22 innings.  That’s also a testament to the defense.”

After making it’s rounds, the Bulldogs will soon place that championship trophy in the middle of those 7 region championships hardware.

Tigers will be Tigers