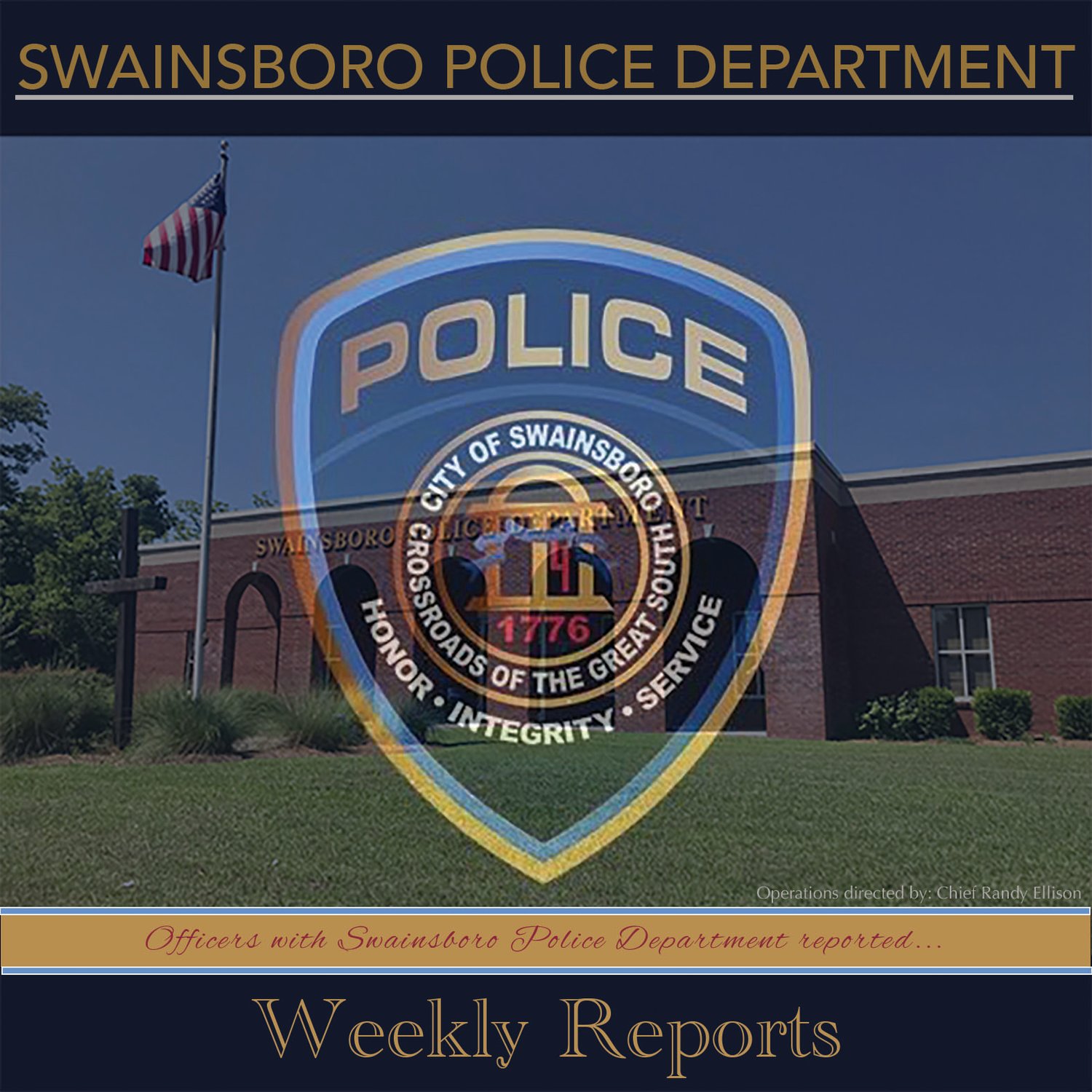 Officer was advised that offender had warrants for aggravated child molestation x2. Richmond County was contacted to ask if the warrants were still active, they were. Units went to offender’s residence on Gumlog Road and noticed offender sitting in a vehicle beside the road-way. He was told to step out of the vehicle and turn around, he was then arrested and trans-ported to Emanuel County Jail.

Complainant came into SPD and stated that his ex-wife was not allowing his to see or talk to his son. He provided messages on his phone where he has attempted to contact his son with no response from his ex-wife. He had last seen his son on Thanksgiving. Police visited the ex-wife’s residence for a welfare check where she stated she blocked c/p and he would have to find another way to get the child.

Officer responded to Electric Drive for someone wanting to make a report about a truck. C/p stated that offender would not let him get his truck out the shop even though he had already paid. Officer made contact with offender who stated that the truck wasn’t ready but should be ready by Monday.

Officer responded to The Easy Stop in reference to an altercation that had just taken place. Officer met with a woman who stated that she and the offender got into a verbal argument in the store. Offender stated that the woman had put her hands on her and showed a scratch on her neck. Video footage was observed. Both women were charged with Disorderly Conduct.

Officers were dispatched to Stevens Drive for a damage vehicle report. C/p stated that her daughter’s boyfriend came to their home and threw a heater at the passenger door of her vehicle along with busting both front headlights.

Officer responded to Howard Street in reference to a dispute. Victim stated that she and her boyfriend got into an argument at Enmarket where he drove off with her iPhone 12. When she went to get her phone back, the argument got physical, and she hit her boyfriend trying to get the phone. He began to drive away, and she jumped out the car.

Officer was dispatched that a complainant wanted to make a report on his neighbor’s dog attacking his dog. The offender received a verbal warning.

Officer was contacted by c/p who stated that offender was constantly calling him angry about his vehicle that was being worked on. Offender was given a criminal trespass on the business which would last 6 months.

Officer was dispatched to Allen Street in reference to a complaint from the child’s grandparents stating they wanted a welfare check on the child for possible abuse and neglect. The child felt safe in the home, but the grandparents have called making multiple complaints in order to get custody of the child, according to the mother. There was a very strong scent of marijuana inside the house and the mother stated that she had smoked some an hour ago. Citations were issued to the mother for possession of marijuana and possession of drug related objects.

Officer was dispatched to Hall’s Mini Mart in reference to a report. C/p stated that while driving her and her boyfriend, they got into a verbal altercation where she told her boyfriend to just shut up. He then hit her with a closed fist but there were no apparent marks on her face.