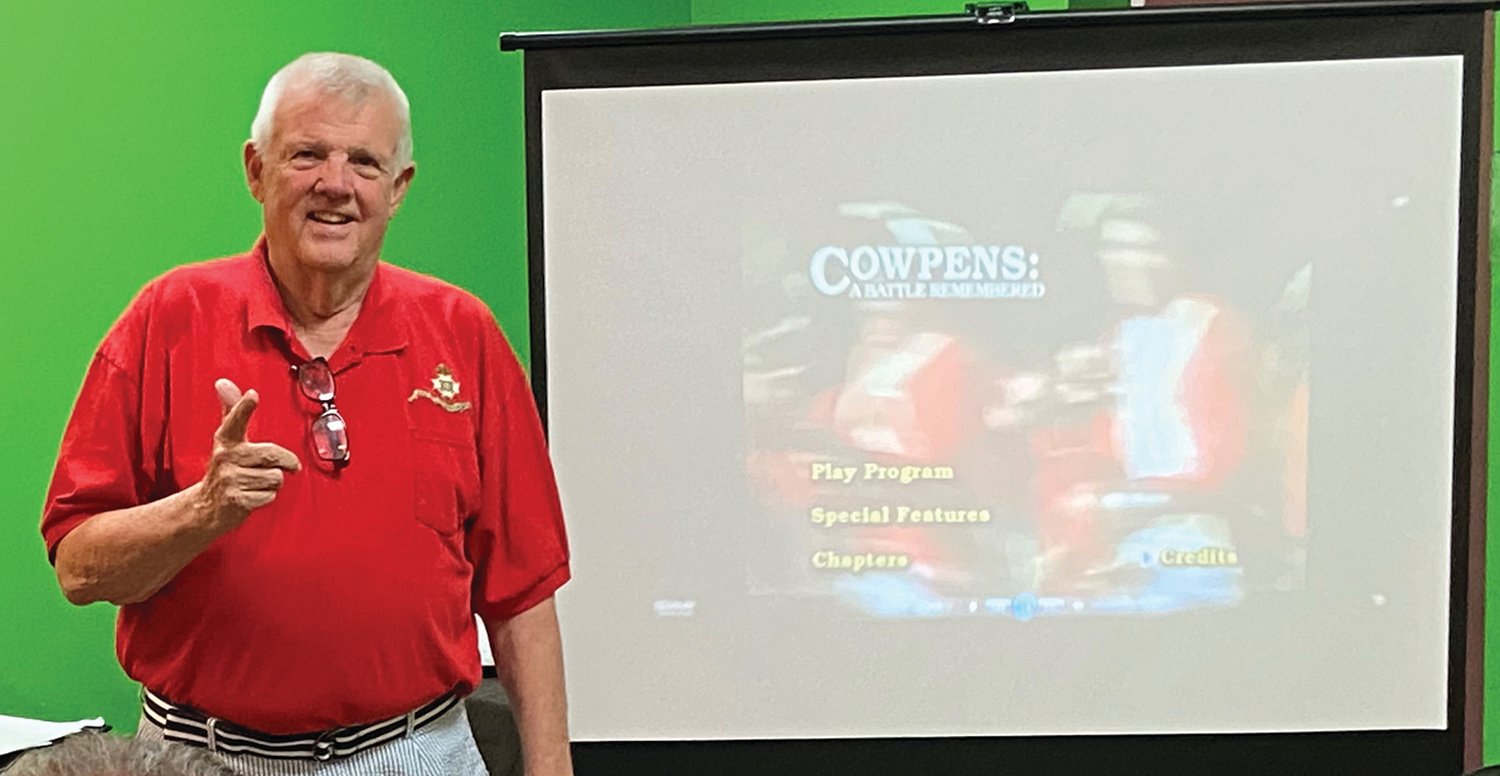 The Four Rivers Chapter of the Georgia Society Sons of the American Revolution held its monthly meeting, Thursday night, May 19, 2022, at Chatters Restaurant in Lyons. With President George King presiding, there were nine in attendance. The chapter also had two new prospective members present, Ron Hall and Dan Brown, that signed applications that were mailed the next day.

The program for the evening was presented by Compatriot Dess Smith, a dual member of the Four Rivers Chapter. His presentation and video were on the battle of Cowpens, a battle to remember. The Cowpens Battle was held on January 17, 1781. Brigadier General Daniel Morgan won the Battle of Cowpens, a decisive Revolutionary War victory over British Lieutenant Colonel Banastre Tarleton. This American victory had an estimated 1,017 casualties with 149 Americans and 868 British.

Kiwanis hears "All the Fixins" presentation