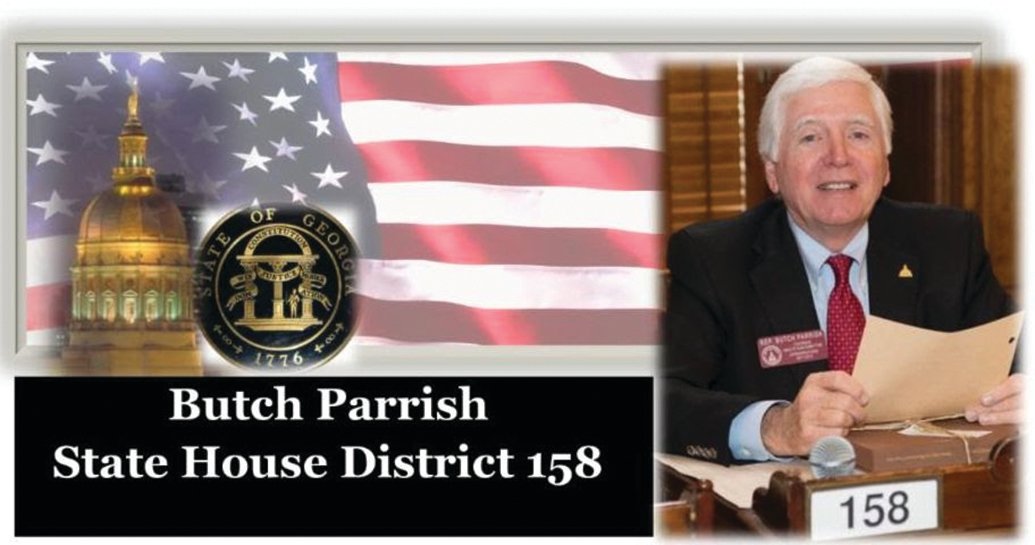 On Monday, April 4, the 2022 legislative session came to an end as the House and Senate completed the 40th and final day of session, also known as “Sine Die,” which is a Latin term meaning “without assigning a day for further meeting.” As we convened for Sine Die, we worked tirelessly past midnight to ensure that important legislation for our state had every opportunity to be considered this year. The House gave final passage to many quality pieces of legislation, including a new state budget, which will now go to Governor Brian Kemp for his final consideration.

The House fulfilled its only constitutional obligation late in the night on Sine Die when we voted to adopt a conference committee report for House Bill 911, the Fiscal Year 2023 (FY 2023) budget. Upon the governor’s signature, the FY 2023 budget will go into effect on July 1, 2022, and is set at a record-breaking revenue estimate of $30.2 billion, which is an increase of $2.9 billion or 10.8 percent over the budget we passed last session. Due to positive economic projections, HB 911 would permanently restore nearly $669 million that was originally eliminated from the budget following the initial fallout from the pandemic in 2020. The House and Senate were able to finalize a budget that would make historic investments in our state agencies, and I want to bring your attention to just a few significant investments included in this budget.

$758 million for the state’s workforce to help reduce the high turnover rate of state employees.

A well-earned $5,000 cost-of-living adjustment (COLA) for eligible state employees, allow state employees to withdraw and be compensated for up to 40 hours of accrued leave annually, increase the employer 401(k) match up to nine percent and prefund a COLA for state retirees.

$62.4 million for additional targeted salary adjustments to prevent workers from leaving for higher paying jobs in other government agencies or the private sector after they’ve been trained.

$148.9 million in new funds to bolster funding for mental health coordinated care and law enforcement systems in every region of the state.

Health and judicial state agencies would also receive ample funding to support and expand services for Georgians who are facing a mental health crisis or addiction, including expanding accountability courts, suicide prevention support, crisis bed availability and a workforce to deliver those services. This funding would work in conjunction with provisions in the House’s Mental Health Parity Act (House Bill 1013).

The teacher’s retirement system would also greatly benefit from additional funding in this upcoming state budget.

To promote a healthy Georgia, this budget includes $5 million in Low-Income Medicaid funds, allowing the state to submit federal waivers to provide Medicaid benefits to individuals with HIV and to remove the five-year waiting period for lawful permanent residents to qualify for benefits.

We also appropriated $1.8 million for more lead inspectors and testing machines based on legislation that was recommended by the House Study Committee on Childhood Lead Exposure.

The Sickle Cell Foundation would also receive $538,738 for care and testing in rural areas, and $1.7 million would go towards our local health departments with infrastructure grants.

These are just some of the major funding initiatives that I am eager to share with you, and a complete list of FY 2023 budget highlights can be found online at https://www.legis.ga.gov/api/document/docs/default-source/house-budget-and-research-office-document-library/newsandhighlights/2022/fy_2023_budget_highlights_confcmte_final.pdf?sfvrsn=ca53f27c_2.

House Bill 1437, or the Georgia Tax Reduction and Reform Act of 2022, also received final passage on Sine Die through the adoption of a conference committee report. HB 1437 would provide a historic income tax cut to save Georgians an estimated $1 billion annually once the cut goes into effect in 2024. This final version of HB 1437 would eliminate personal income tax brackets and replace them with a single, flat rate of 5.49 percent, and this tax rate would gradually decrease each year until it reaches 4.99 percent under specific circumstances.

HB 1437 would also eliminate the current standard deductions for taxpayers and, instead, would increase the personal exemptions to $12,000 for single and head of household taxpayers and to $18,500 for married taxpayers who file a joint return. The personal exemption for married taxpayers filing a joint return would gradually increase to $20,000 for 2024, $22,000 for 2028 and $24,000 for 2030. The bill would also increase the amount of earned income allowed to be included in the retirement income exemption to $5,000 and would create a $10,000 cap for the amount of state and local taxes allowed to be deducted.

My colleagues and I also passed legislation on Sine Die to provide longer Medicaid coverage for new mothers to encourage better health outcomes for them and their babies. Senate Bill 338 would extend the period of postpartum Medicaid coverage from six months to one year after delivery to decrease and prevent maternal deaths in our state, and the FY 2023 budget includes $28.2 million in funding to implement this vital Medicaid extension.

Before the night was over, the House passed Senate Bill 441, the Criminal Records Responsibility Act, to enhance how our state and local governments maintain and share criminal records. SB 441 also includes a provision that would provide original jurisdiction to the Georgia Bureau of Investigation (GBI) to identify and investigate substantiated election-related claims and collect legal evidence while investigating election crimes. Overall, this legislation seeks to close certain gaps in our criminal justice system, and the bill has been sent to the governor for his consideration.

Now that this year’s legislative session has come to an end, Governor Brian Kemp will review the legislation that received final passage by the House and Senate, and these measures will become state laws upon his signature. If the governor does not sign or veto a measure within 40 days of Sine Die, it automatically becomes law. To keep up with which bills the governor signs into law this spring, please visit https://gov.georgia.gov/executive-action/legislation/signed-legislation/2022-signed-legislation.

With this legislative session behind us, my colleagues and I will soon begin to study and examine various issues affecting Georgians that may need to be addressed in next year’s legislative session. You are always welcome to contact me with any questions or concerns about topics or issues that are important to you and your family.